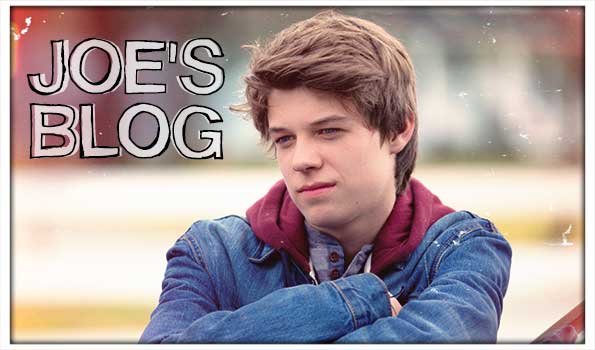 Hey. Joe here. I try to keep it light on this thing – as light as I can, considering I'm trapped under a big fishbowl along with a couple thousand other people. But I'm just not feeling it today.

We've lost a lot of people in here. Sheriff Perkins died right after the Dome came down. Rose got killed during the food riots – people used to say that we didn't have to have an official mayor, because Rose would always be the real mayor of Chester's Mill. I told you that Mrs. Moore, a teacher for, like, forever, died in the meningitis outbreak.

It's all been hard on everybody. But then it really hit home when Norrie's mom died. I'd like to dedicate this installment to her – to Alice Calvert.

I don't know Alice's whole story, and I don't want to bug Norrie about it right now. So I'll just tell you what I know, or what I think I know, and hopefully you'll get an idea of how cool she was.

Alice was born near Chicago and then went to med school in California – that's where she met Carolyn, Norrie's other mom. Alice was a psychiatrist – and apparently she was really good at what she does. But more important is what she did after she got here.

Just about everybody got trapped in here because they were supposed to be here – because they lived here. Like me. Not Norrie and her moms. They were just driving through town and stopped here to get some gas when the Dome came down.

From the first day, everybody knew they weren't from here – you could tell that just from Alice's funky Buddy Holly glasses. And then look what Alice did. Everybody was panicked after everybody got sick – and it was Alice who figured out that it was meningitis. She was the one who figured out what medicine everybody needed. She saved people's lives.

I'll say this for Alice and Carolyn – they raised a cool kid. Norrie is tough – as tough as either of them. Maybe that's all you need to know about Alice. At this point, she was like my family, too. We're all going to miss her.