CBS’S HIT SUMMER SERIES “UNDER THE DOME” BEGINS
PRODUCTION ON SEASON TWO TODAY IN WILMINGTON, N.C.
Production on Season 2 of Under the Dome has begun in Wilmington, N.C. and no one is safe! Executive producer Stephen King, the bestselling author of the novel the series is based on, wrote the first episode, which will be directed by executive producer Jack Bender.
Check out all the happenings from Day 1 on set, including an exclusive video below as Stephen King tweets from set with stars Mike Vogel and Colin Ford!

Look who showed up to work today! Mike Vogel gets a picture with Executive Producers Jack Bender, Neal Baer and Stephen King on set. 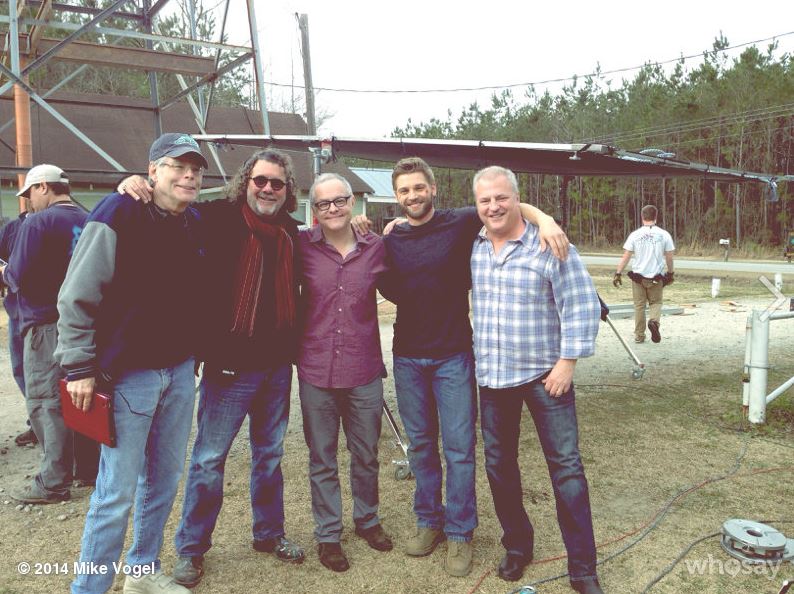 Stephen King shares his excitement the night before filming.

The 2nd season of UNDER THE DOME starts production tomorrow. I'm pretty stoked.

UNDER THE DOME is the story of a small town that is suddenly and inexplicably sealed off from the rest of the world by an enormous transparent dome.  The town’s inhabitants must deal with surviving the post-apocalyptic conditions while searching for answers about the dome, where it came from and if and when it will go away. Catch up on highlights from Season 1 here.
The second season of UNDER THE DOME premieres Monday, June 30 (10:00 – 11:00 PM, ET/PT) on CBS.  UNDER THE DOME was the #1 program last summer, with an average of 15.06 million viewers and 3.9/11 in adults 18-49, making it the most-watched scripted summer series in 21 years. UNDER THE DOME is licensed in 200 markets worldwide by CBS Studios International and is off to strong starts in countries where it has already premiered.  Learn more about Season 2 here.