Till, known to an emerging crop of fans as the new Angus MacGyver, the low-tech hero who turned toothpicks, chewing gum and other ephemera into gadgets that befuddled bad guys throughout the '80s, and Eads, who plays MacGyver's tough, ex-CIA sidekick, Jack, are running through the chaparral of a rural Georgia field clad in tuxedos. It's unseasonably hot, even for late October in the South, and the sun isn't the only thing that's bearing down on them. In the distance, a Cirrus SR22 single-engine plane is closing in fast and low—too low. As the plane dips and the propeller whine intensifies, shades of Cary Grant's iconic scene in Alfred Hitchcock's thriller grow more evident. Suddenly, Till turns his head, and his eyes turn plane wheel wide. The landing gear comes mere feet from his Darryl Hall coif, a style so solid it mocks the mullet of the original MacGyver, Richard Dean Anderson. Eads, winded, turns in kind, and his chiseled jaw goes slack. In seconds, the Cessna strafes and ascends, until it appears the size of a migratory bird in the sky.

"Holy sh*t!" says Eads. Slapping Till on the back, he shakes his head in disbelief.

"That was amazing!" says Till. "Did you see the look on my face? That was not acting! That was real fear!"

In just a handful of episodes, Mac and Jack have displayed a true bond—a camaraderie marked by good-natured ribbing and strengthened by their propensity for bailing each other out of danger. On set, those behaviors don't stop when the cameras aren't rolling. Spend enough time around them, and it can be tough to ascertain where Till and Eads end and Mac and Jack begin. It was an impression fortified when the actors sat down with Watch! in a room near an airstrip that would have easily fit in on the set of episode 2's Venezuelan black site to discuss their experiences reviving the classic series.

Congratulations on the success of the show. It's so tough to reimagine an iconic series for new and longtime fans, but the fact that people have responded and are tuning in means that you guys must be doing something right.

TILL: It's a quiet gratification. [George and I] share it. We show our excitement when no one else is around, when we watch the show together. We literally pause it and we run around beating on the walls going, "Yeah!"

EADS: It's beyond gratifying. We've really put our heart and soul, blood, sweat and tears into doing the best job we can.

The show seems to be resonating with both older audiences who remember the original and younger audiences who've maybe never heard of MacGyver. Why do you think that is?

TILL: It's fun to notice the different types of people becoming fans. I've definitely got the young girl demographic pinned down. Guys my age. But I've also got grandpas coming up to me. Boy Scouts...

EADS: And I've got the cougar demographic covered. [Laughs.] I'm in some nursing homes, making balloon animals. But seriously, we completely understand that people might not have wanted to give it a chance at first, because if [the original MacGyver] was your favorite show, you wouldn't want to see it done wrong. A lot of our suggestions were to make our MacGyver messy, make it dirty. To have a lot of sweat and dirt and to be tired and haggard. I know Lucas can speak for himself, but we really loved the way Harrison Ford played Indiana Jones. He looked scared. We both want to do a lot of our own stunts because we want people to see the fear and see this kind of everyman who just happened to get lucky once again. I think that's what's resonated, and I know Jack's certainly amazed by Mac's genius.

On that subject: How much fun is it to assemble this stuff? To get handed these ideas for a blowtorch from a car battery, or night vision goggles from a pair of security cameras? When you get the script and see that you get to seal a lung puncture with a driver's license, are you like, "Yes!"?

TILL: Absolutely. We just did this episode where we get to make a bunch of weapons. We get besieged at an embassy. When you read that, and understand how it's done, and then you do it, it's a total thrill. Some of [the gadgets] can be really challenging. Actually most of them are, but that's what makes them great. And they make the show great, too. 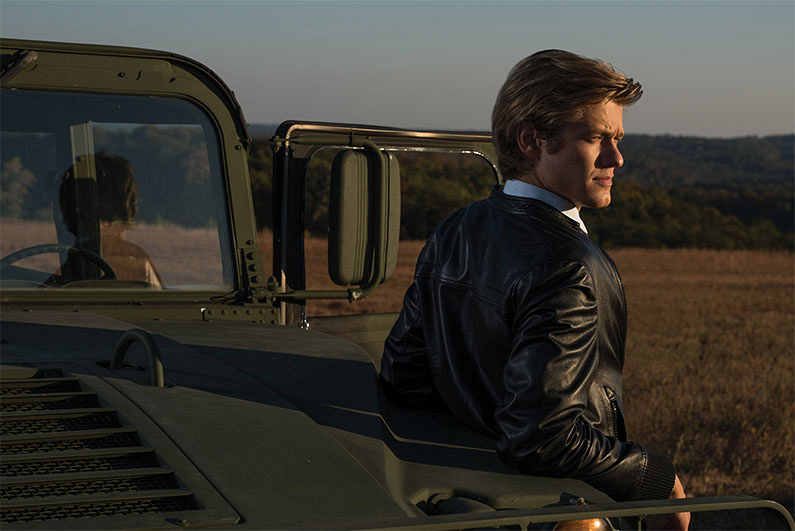 How much pressure is it, at 26, to assume this legacy? You've been handed this iconic character that you are actually too young to remember...

TILL: I think it's nice to not have the memories, because I don't think too hard about, "What should I do?" Not that I don't think about that at all. When I did go back and start watching the show, it started with, "Oh yeah, it'd be cool to do that!" I started enjoying the hell out of all the MacGyver-isms. Then I started asking people who did remember, "What do you think about MacGyver? What do YOU think about MacGyver?" just trying to find the common denominators. I started discovering what I had to nail about him, and then it was trying to find where I meet him.

EADS: There are things about us that are very much like the characters. I'll cuss at the window if it doesn't roll down right. I will let the remote have it. If I pop a shoelace, there's about three MF-ers and a couple GDs in there. We went to one of those Escape Rooms together. We go in there, and I am walking around in circles. I'm like, "What am I supposed to do here?" Meanwhile, Lucas is over there getting down to business. He led everybody and got us all out of there. He's also totally elastic. Bulletproof. He could fall off a two-story building and bounce.

You guys did that on the show, didn't you?

TILL: It was actually four stories. [Laughs.]

George, what has it been like for you? You spent 15 years playing the same character on CSI. You had your character, Nick Stokes, fully fleshed out. What's it been like discovering Jack?

EADS: It's a real rebirth. I had a self-discovery and that twinkle's back in my eye for work. When I was done with CSI, I was just going to be done with acting. I wasn't going to do it anymore. After about four months I was like, "Wait a minute. That's what I love to do." And then this came along, and that giddy adrenaline is back. I told Lucas he kind of saved my life with this. He was as passionate about the work as I used to be. It just rebooted me. I really think he's helped turn my life around. 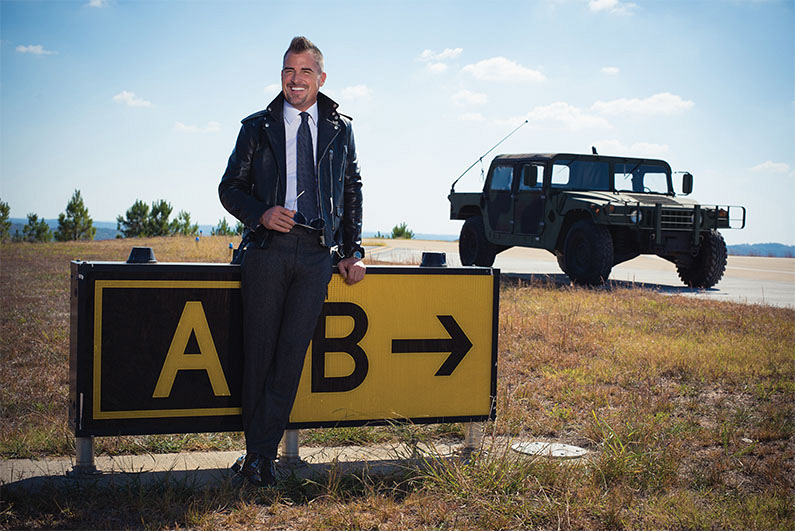 Sounds a lot like the relationship between Mac and Jack. These characters are tight. They really lean on each other. How do you build that rapport?

TILL: It just happened. You can't force that.

EADS: It's pretty much lightning in a bottle. Like catching a firefly at the end of the day and putting it in a jar. I think that for me, the foundation of our relationship is respect for one another. Making sure that I give him a lot of space and he does me, as well.
That seems like a good policy, considering how much time you guys probably spend together on set.

TILL: Well, and we're also roommates.

EADS: It's true. We live together and we live with my nephew, who has become our assistant. We wake each other up in the morning. When we get injured, we help one another. We've really learned from one another.

My friend Danny Cannon, who was a producer on CSI, had a great phrase whenever I would be doing something better than Nick. He would go, "George, watching cool people be cool is boring." Those are little things that I have brought to Lucas. I was like, "Let's not be cool. Let's just be real." On the flip side, this MacGyver can fight! The old MacGyver wasn't a fighter. But Lucas, thank goodness you did those superhero movies [Till has played Havok in two X-Men films]. Those fight scenes really taught him, and I get to be inspired by his performance.

How has this experience changed how you look at Saturday Night Live's "MacGruber" parody? I hear Will Forte is upset he didn't get the role.

TILL: My buddy was at a bar with Will, and he sent me a video. It was just as we were starting to shoot, and Will goes, "Hello, Lucas." And then he gives me a shout-out. "I just wanted to thank you because without you there would be no me. And if you blow it, I will drop you!"

Have any of the actors from the original show reached out?

EADS: We've reached out to them. [Richard Dean] Anderson and I ran into the original Jack Dalton [Bruce McGill] on a golf course. I know the guy who played the original Murdoc, who's a great actor. If we could get everybody on board, we'd love to do a Back to the Future episode where we're in the middle of a mission and we just kind of brush them on the other side of the fence. Stay tuned.

Stream full episodes of MacGyver on CBS All Access.