Go beyond the beach on a journey into the heart of Hawaii and the soul of Alex O'Loughlin.

It was early 2010 and the Australian actor had just been offered the lead role on the reboot of the classic crime drama Hawaii Five-0, stepping into the shoes of the legendary Jack Lord to play the 50th state's taciturn top cop, Steve McGarrett. Accepting meant moving to Oahu, in the center of the planet's loveliest island archipelago. It should have been a no-brainer. Cue that big wave and the theme song by the Ventures:

"I was conflicted," Alex O'Loughlin says, reflecting on the decision from his house in Waikiki's idyllic Diamond Head. "I'd done two network shows before that, neither of which had gone past a season." He’d played vampire/private investigator Mick St. John on the short-lived 2007 supernatural romance Moonlight. A year later, he was Dr. Andy Yablonski on the medical drama Three Rivers, canceled after just eight episodes. Though anything seemed better than being penniless in Los Angeles, to suffer through another failed show in the middle of the Pacific, 2,500 miles from the mainland, was a risk he wasn't sure he wanted to take.

"I didn’t know anything about Hawaii. I asked everyone, 'What do I do? Is this the right move?'" O’Loughlin says. "Everybody was like, 'Are you crazy? What’s wrong with you?'"

He took the gig, staying on Waikiki Beach. For fans of the show, that's where McGarrett and partner Danny "Danno" Williams were recently snookered into a joint spa weekend with their significant others.

"It was beautiful, but I didn't get to see the real Hawaii," O'Loughlin says. "I got a glimpse of something that wasn't what Hawaii is. The weird, touristy, crazy hotel part. I still didn't know how I felt about it, but the pilot felt really good."

It was, and remains, a really good pilot. In the nail-biting prelude, naval commander McGarrett's convoy comes under rocket fire in the mountains of South Korea by baddies out to free his arms-dealer prisoner, Anton Hesse. Amid the attack, McGarrett listens on his satellite phone as his father, John, is killed on Oahu by Anton's brother, Victor—though not before the Honolulu Police Department veteran leaves his son a few cryptic last words.

By the time that wave breaks and the opening credits roll, you're hooked: McGarrett has a vendetta and a mystery to solve, and you're coming along with him. Reboots are tough, but the show's depth, coupled with O'Loughlin's chiseled portrayal of McGarrett, made the 21st century Hawaii Five-0 an instant hit. Suddenly, Oahu started feeling more certain.

"People say these islands either embrace you or push you away," O'Loughlin says. "I found myself, as a gift from the islands, being blessed in and given a Hawaiian name. I found all sorts of things drawing me in deeper and deeper." 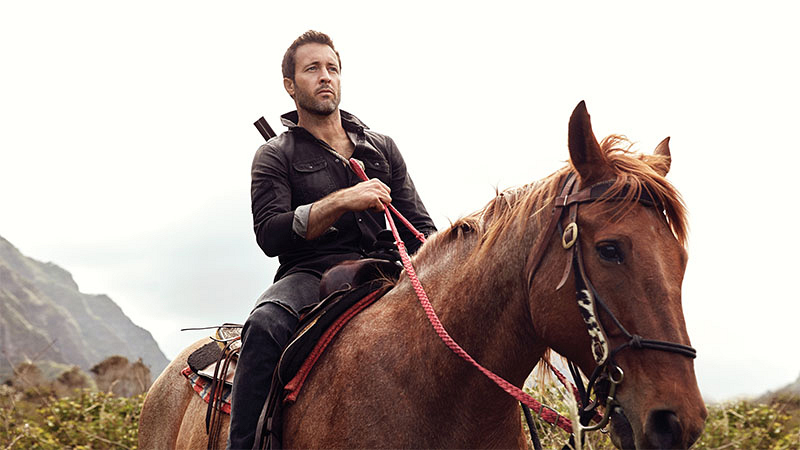 With a full season to shoot, he started to learn the local rhythms from friends, like fellow cast member Daniel Dae Kim, whose knowledge of Oahu stretches back to his days filming Lost. He took up surfing. A few years in, he flew in some friends from back home in Australia to help him rebuild a midcentury modern home he'd found in Diamond Head that had "spectacular bones."

Then he met the Hawaiian surfer and model Malia Jones. The couple had a son, Lion, in 2012, and later married. The house filled with boys. O'Loughlin brought to the family his teenage son, Saxon, and Jones brought a son from a previous marriage, Spike.

As O'Loughlin's life was progressing on Oahu, so was McGarrett's, albeit down a much rockier family path. He avenged the death of his father. His mother, Doris, believed to be dead for 20 years, turned up alive, having faked her death to escape threats from her CIA past.

He vanquished his true nemesis—the nefarious crime boss Wo Fat—who over the course of seasons framed him for the murder of Hawaii's governor, kidnapped and tortured him, and revealed himself to be McGarrett's virtual half-brother. He's had two romantic relationships and has spent a lot of time shirtless and even more time kicking sundry bad guy ass.

Hawaii Five-0 seasons are epic—each a whopping 25 episodes. Multiply that by six and you wind up at Episode 150. Playing a character for that long does things to you. O'Loughlin is in territory where few actors ever get to tread. "It's such a massive volume," he says. "This has been a master class for me. I can definitely drop into McGarrett's head space anytime. I have a bible of who he is in my soul, in my mind."

With Wo Fat and his family issues somewhat in the rearview, McGarrett seems to be finding a modicum of peace on the show. "This season has been more of an easy-peasy McGarrett," O’Loughlin says. "He still misses his dad, and the thing with Doris still hasn't totally left him. But it's not all like, 'Argh! I’ve got to save the world!'"

Still, O'Loughlin is happy to leave the character behind when shooting wraps. "He's a proper tough guy and a Navy SEAL. He's always ready to go, walking into rooms like, 'What are we doing? What do we got?' I've had the great fortune of being exposed to a lot of Navy SEALs, who've helped me with the character. They're terrific guys. But being like them requires a specific sort of energy, and I have to manufacture that energy," he says. "At the end of the day it’s like, 'Keep calm and have another cold one.'" 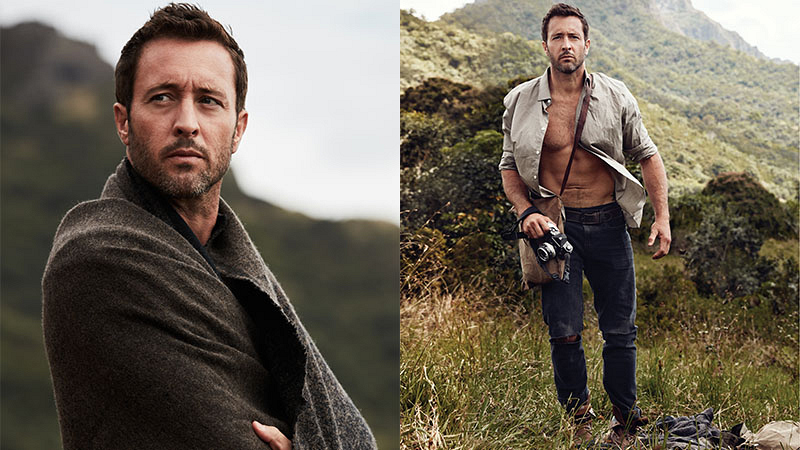 Paradise hasn't been all surf and breathtaking sunsets. McGarrett may be a SEAL and a Teflon super-cop, but O'Loughlin isn't, and injuries have taken their toll. In the first few seasons, he elected to do most of his own stunts, which he says was a mistake. He rattles off a litany of fractures and lacerations that could rival a snapshot collection of charts in any emergency room.

"I blew one of my knees, I've torn ligaments and tendons, ankles, both shoulders, both wrists," he says. "I've knocked my front teeth out. I've got fake front teeth. I tore my right shoulder to pieces—three external tears, a labrum tear and a detachment of the bicep tendon. My current favorite injury is two herniated discs in my lower lumbar, which I'm receiving stem cell treatment for to avoid surgery."

That last injury spooked O'Loughlin. Always athletic, he had to give up everything except swimming. The pain was so great, he could barely rouse himself from bed, and he worried about being able to throw a football with his grandkids.

Signed on to Hawaii Five-0 through eight seasons, he began talking about walking away while he felt he still could. But recently, he's felt his workload lighten, and those stem cell injections? They've been "magic," he says. Does this mean he might challenge Jack Lord's record 12 seasons as McGarrett?

"That would be a miracle," O’Loughlin says with a laugh. "But I can see coming back and doing another season or two. I think this show is everything. It's the core of it all."

One thing is certain: O'Loughlin has found his home.

"The majority of my important memories are now Hawaiian memories," he says. "You've just got to look around. You've just got to watch the waves in the winter here. There's something bigger than me in the world, and I feel like that source or whatever that is had something to do with this whole journey for me, because now it all makes sense."

Watch episodes of Hawaii Five-0 on CBS All Access.