The critically acclaimed comedy should be on everyone's watch list.
Exclusive Content | Brought to you by Watch

Described as Green Acres meets Arrested Development, Canadian sitcom Schitt's Creek, co-created by the father-and-son team of Eugene and Daniel Levy, follows a formerly rich family cleaned out by tax authorities who are forced to live in their only remaining asset: The small town in the show's title, which they bought as a joke years earlier.

In honor of this fish-out-of-water TV series, here are 11 fun factoids about Schitt's Creek.

1. Debuting on Pop TV on February 11, 2015, Schitt's Creek was the then re-branded cable network's first scripted TV series (and it remains its most-watched original scripted series). 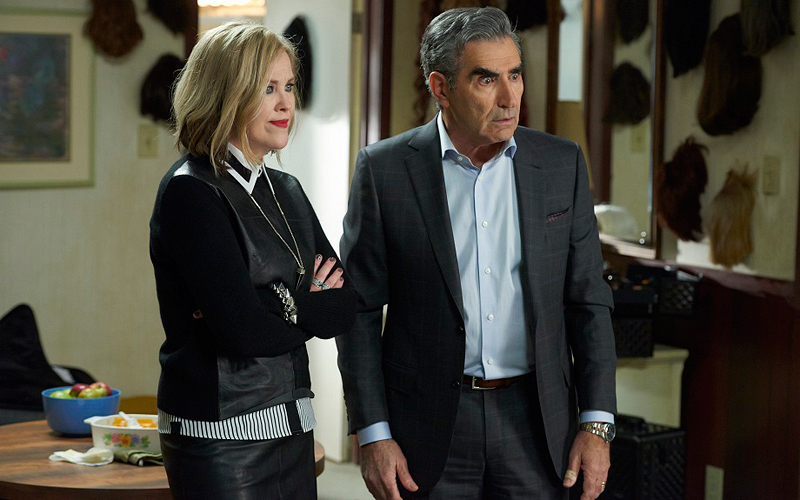 2. Catherine O'Hara and Eugene Levy, both members of The Second City improvisational comedy troupe in Toronto, appeared together on sketch comedy Second City Television (a.k.a. SCTV), which ran from 1976 to 1984.

On the big screen, they co-starred in two films, Best in Show and A Mighty Wind, both directed by Saturday Night Live alumnus Christopher Guest.

3. The exterior shots on Schitt's Creek are filmed in a village in Ontario, Canada called Goodwood, which has a population of about 600.

The population of the fictional Hooterville, which was home to classic sitcoms Petticoat Junction and Green Acres (which Schitt's Creek is compared to) was approximately 250.

4. All in the family: Eugene Levy as Johnny Rose is the father on Schitt's Creek to David Rose, played by son Daniel Levy. Daniel's sister Sarah Levy, meanwhile, is featured as diner waitress Twyla Sands. 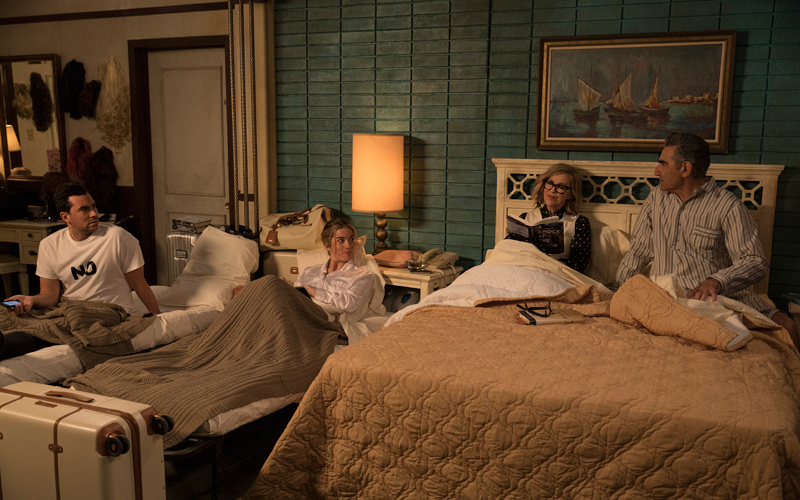 6. Eugene Levy is remembered as Jim Levenstein's (Jason Biggs) loving but clueless father in the 1999 comedy American Pie, the three sequels, and the four straight-to-video sequels.

7. The revelation that Daniel Levy as David is pansexual on Schitt's Creek (i.e. capable of falling in love with all genders) after he sleeps with his best friend Stevie (Emily Hampshire), who thought he was gay, is an orientation rarely explored in film or television. 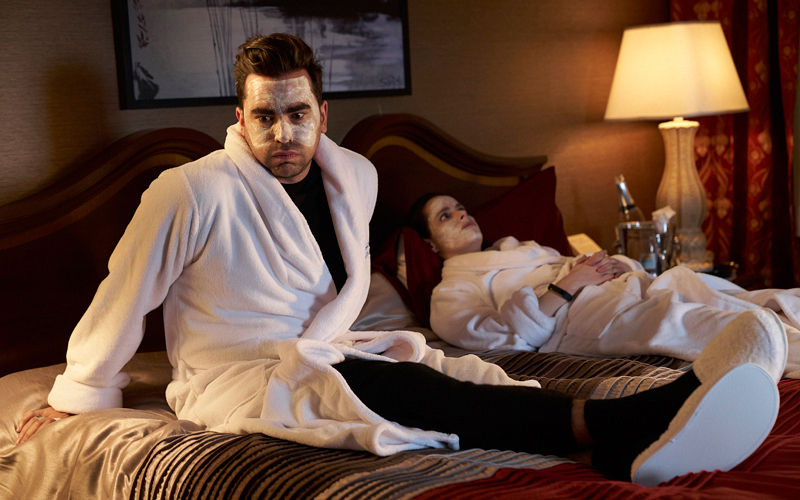 8. Chris Elliott, who plays Roland Schitt, the mayor of the town on Schitt's Creek, was featured with his real-life father Bob Elliott in Fox's sitcom Get a Life, which aired from 1990 to 1992.

9. Catherine O'Hara is also known for her portrayal of Kate McCallister, the mother who left Macaulay Culkin as young Kevin alone in Home Alone (1990) and its sequel Home Alone 2 (1992). 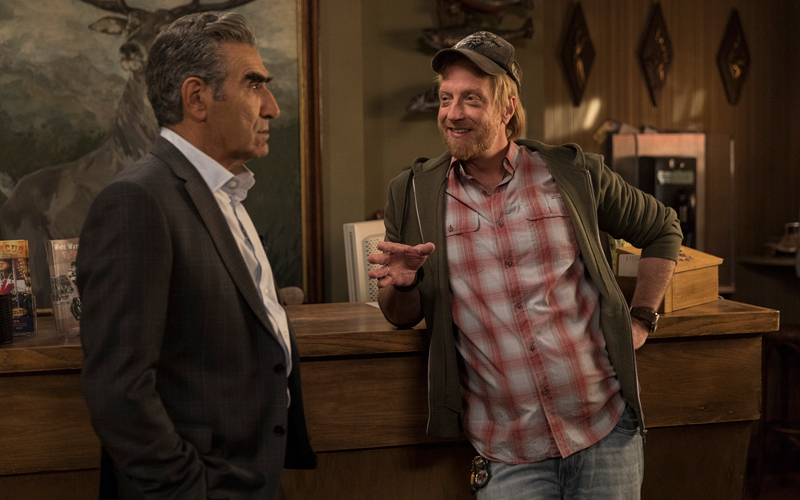 Eugene Levy as Johnny Rose and Chris Elliott as Roland Schitt, the mayor of Schitt's Creek.

10. Schitt's Creek made awards history in 2020! The multi award-winning TV series swept the Primetime Emmy Awards in all major acting categories and holds the record for the most Emmy wins (9 awards) in a single season.

Schitt's Creek streams on the Pop Now app, plus Netflix and CW Seed. Catch past episodes on Comedy Central too! Check local listings.