The SEAL Team star takes us on a tour through memorable Montreal.
By Heather Rainbow

Jessica Paré grew up in the Montreal neighborhood of Notre-Dame-de-Grâce, west of downtown and Westmount. The rising star is well-known for her role as Megan Draper in Mad Men and her in-show performance of "Zou Bisou Bisou" that reached No. 1 on the Billboard World Music chart.

These days, Paré is kept busy on the set of SEAL Team in L.A., but she hasn't forgotten her hometown roots. She tells us Montreal is "like boutique New York, with French style, joie de vivre, parties, and food—bagels, especially. We're crazy about our bagels."

The SEAL Team star says she doesn't miss the five months of blistering cold, but she paints a portrait of her hometown as a magical winter wonderland of childhood memories like tobogganing down the mountain with her dad and little brother, and visiting Ogilvy's mechanical Christmas window with her mother "to admire the magical little woodland creatures in their 'Enchanted Village.'"

Watch! got the inside scoop from Jessica on how to explore Montreal like a local. 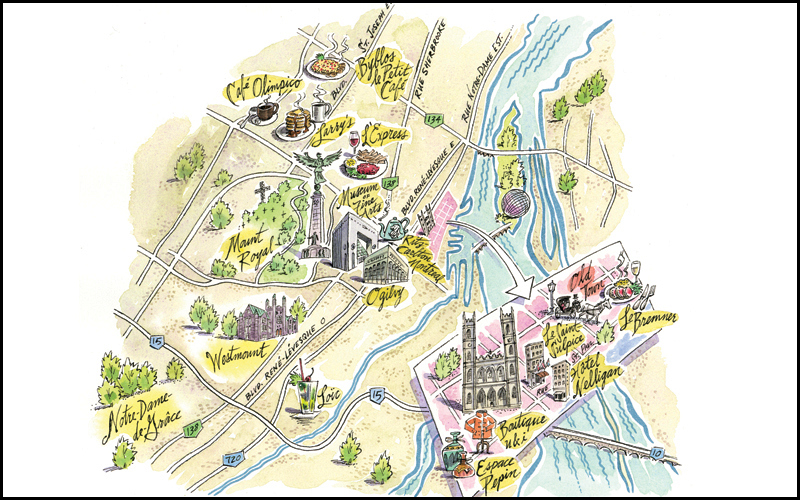 A map of Jessica Paré's hometown of Montreal. Illustration by Gary Hovland.

EAT LIKE A FOODIE
Hit up Larry's for brunch—it's a new spot by the folks behind Lawrence—or go to Byblos le Petit Café.

I haven't been to Byblos in a good 15 years, but I still think about the feta omelet and the rose petal jam!

L'Express is a chic, Parisian-style bistro and an absolute must every time I go home. I like to sit at the bar, catching up with dear friends over cornichons, Champagne, and warm goat cheese salad. 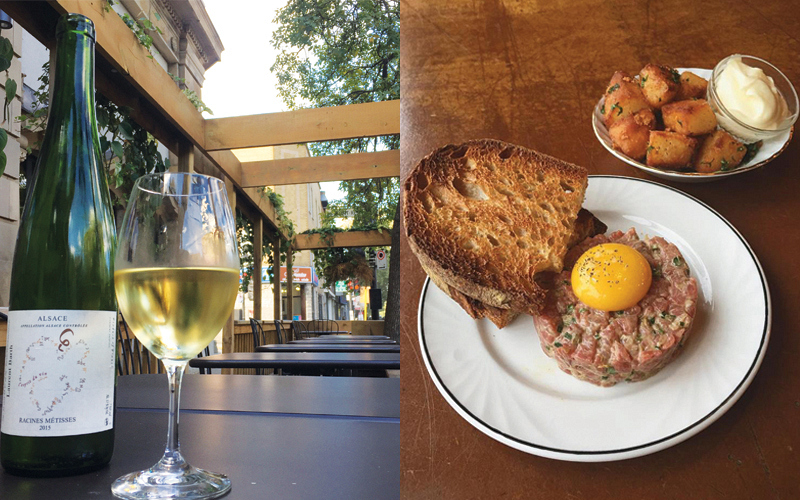 Loïc and Larry's are popular spots in Montreal to eat and drink.

For dinner, Le Bremner in Old Montreal is a great find for seafood, good vibes, and an all-around wonderful experience.

Last time we were in Montreal, we had a spectacular meal there, each plate more delicious than the last. Order anything; you can't go wrong. Better yet, order everything.

And for drinks, I hear Loïc is great, but we have a 2-year-old, so I can't remember when I last went out for a cocktail!

STAY LOCAL
I love booking an Airbnb in the Mile End or Plateau [Le Plateau-Mont-Royal] neighborhoods, where I lived before I moved to L.A. 13 years ago.

More recently I've stayed in Old Montreal, which is small and picturesque and very tourist-friendly. 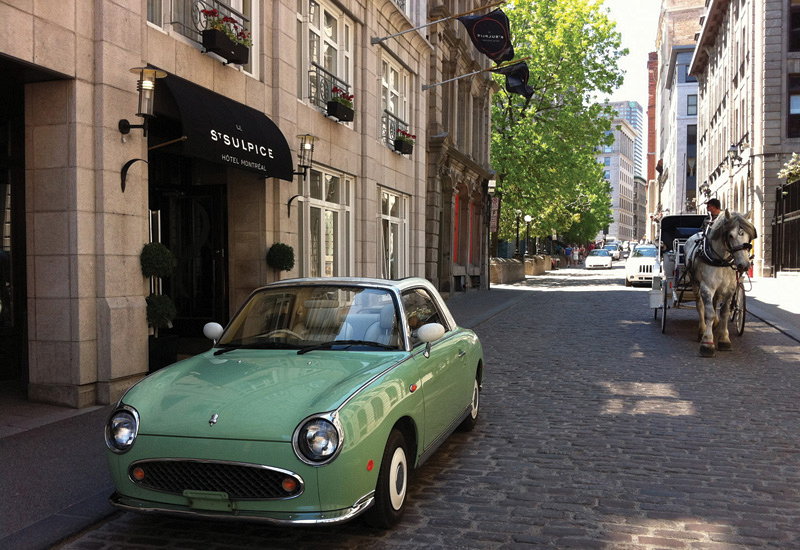 The staff of Le Saint-Sulpice are incredibly wonderful, and Hôtel Nelligan deserves a mention, too. The rooftop bar offers a beautiful view of Old Montreal and the St. Lawrence Seaway.

Start with coffee at Café Olimpico in Mile End, to catch up with friends on the patio. Roam around that neighborhood, maybe poke around some boutiques, and then head south to Mount Royal for a stroll. 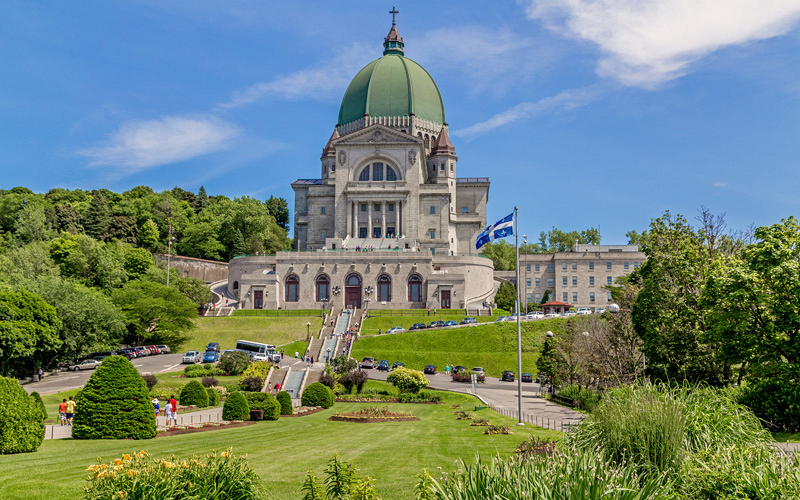 If it's summer, there's guaranteed to be a festival going on—Jazz Fest, Just for Laughs, Les FrancoFolies, Nuits d'Afrique, Osheaga, and many more. 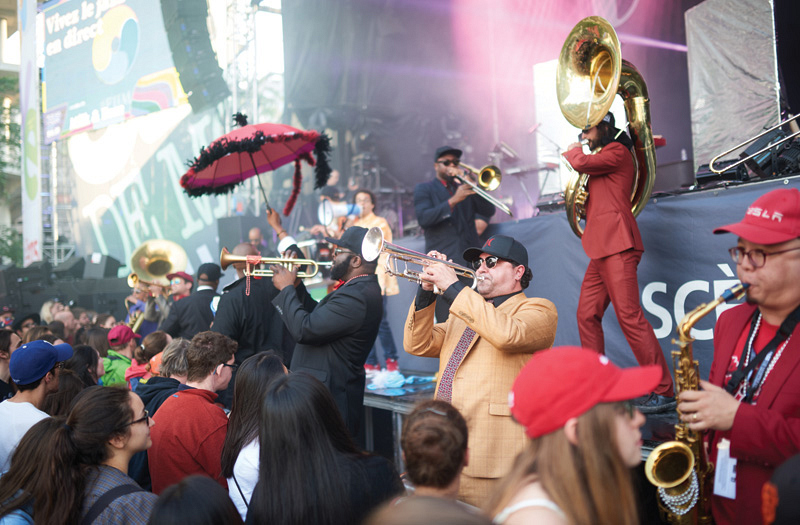 Personally I prefer to stay inside in winter, spending my days exploring museums, like the Montreal Museum of Fine Arts, going for high tea at The Ritz-Carlton Montreal, and shopping at Holt Renfrew.

At night, escape the cold in a dark, sweaty club, dancing away the cabin fever. 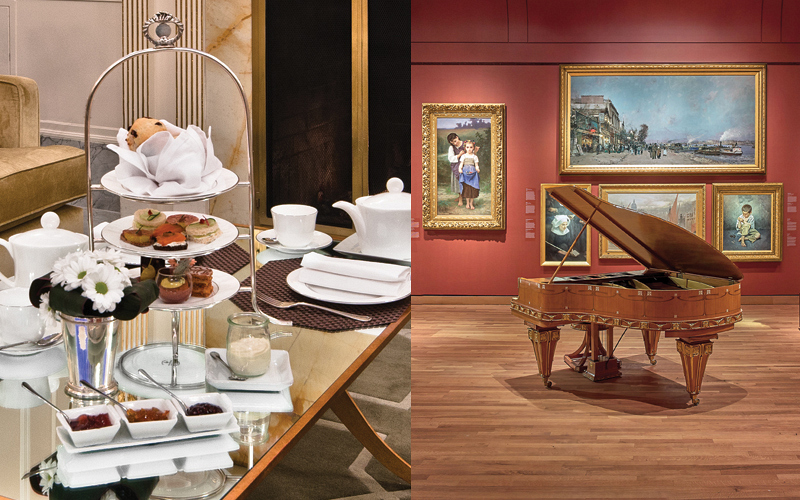 Elegant high tea service at The Ritz-Carlton Montreal. Inside the Montreal Museum of Fine Arts.

TAKE THIS INSTA-MUST
You'll definitely take a few pictures in Old Montreal and at the port.

The mountain is lovely, too, and the lookout on the Westmount side of the city is a favorite. 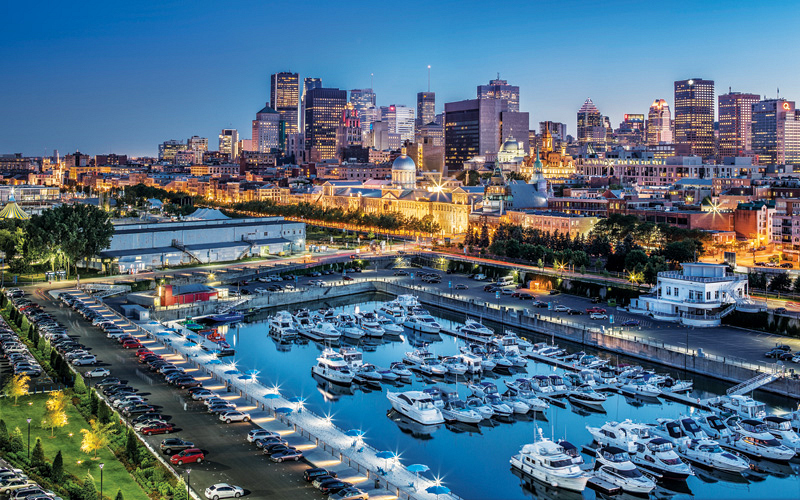 YOU CAN TAKE IT WITH YOU
The best souvenir? Honestly, bagels. They freeze well.

Season 3 of SEAL Team premieres Wednesday, Oct. 2 at 9/8c on CBS and CBS All Access.