While viewers of The Young and the Restless looked back at Nikki Newman’s life in the February 20th tribute episode, cast, crew, family, and friends of the #1 Daytime drama came together to celebrate portrayer Melody Thomas Scott’s four decades in Genoa City. 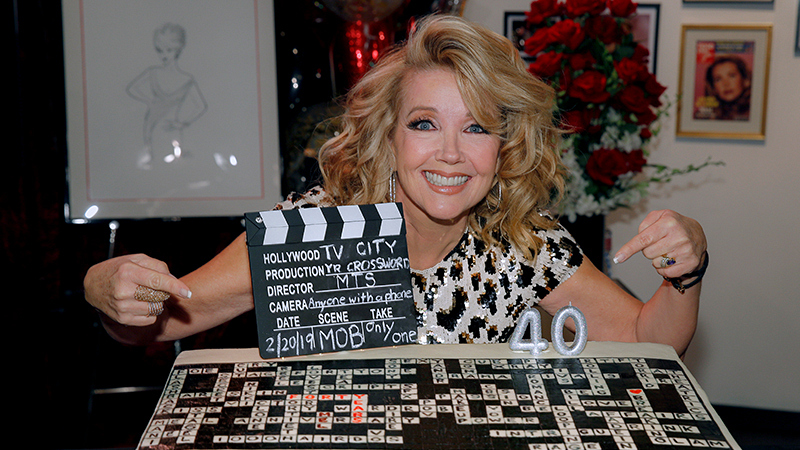 From custom cake to tailored toasts, Y&R celebrated Melody Thomas Scott’s career milestone with one big party on the set. 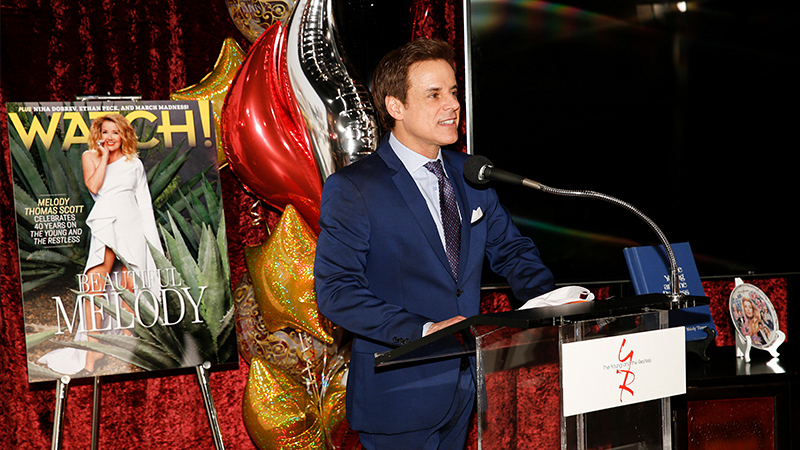 Christian Jules Le Blanc took on the role of master of ceremonies.

Bergman put it all into perspective by reminding everyone that when Scott joined Y&R, Jimmy Carter was president and gas cost $0.86 a gallon.

He also marveled that she’s filmed well over 3,000 episodes. "Melody, you're one of the queens of the industry—never mind Daytime," he gushed. "I'm thrilled to have gotten to work with you." 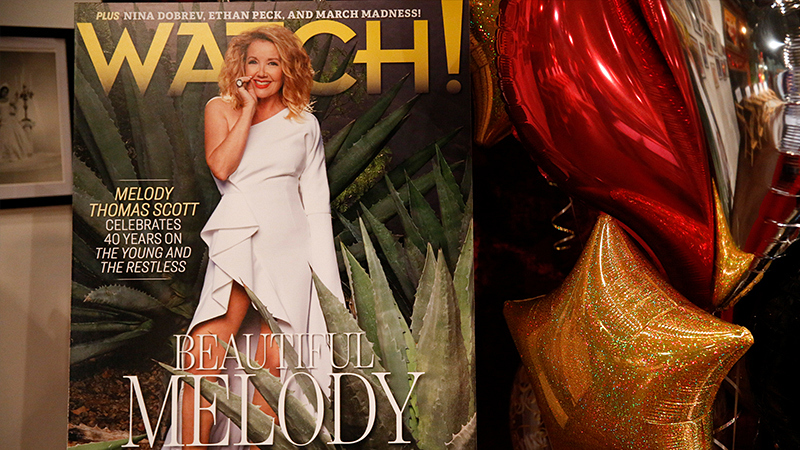 That was the sentiment across the board, but Braeden was particularly moved by Nikki’s tribute episode. "You were beautiful, baby, and you still are," he cooed, adding that women across the world want to emulate Scott. "Beautiful, strong, and sometimes too obstreperous with me. You have a great sense of humor. I adore that. And when they say 5-4-3-2-1, you're on the spot. You're right there. I'm proud to have had you as a colleague." 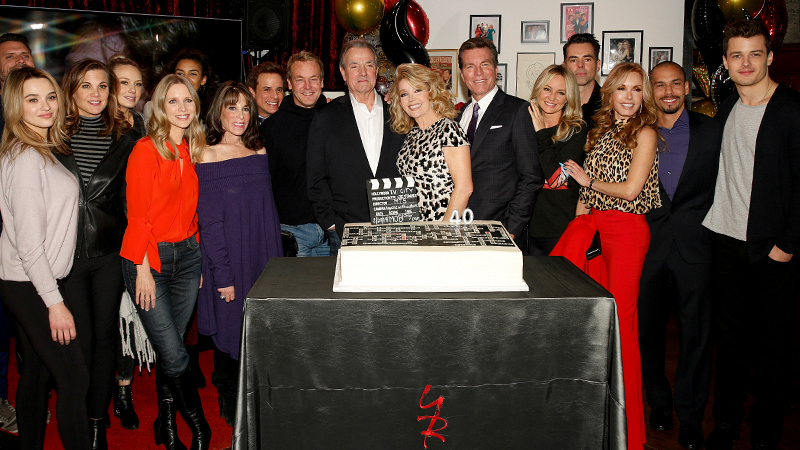 Friends and family (on and off-air) came together to celebrate Melody Thomas Scott's 40th year on The Young and the Restless.

Her on-screen kids got a little more creative with their speeches. Morrow had the crowd cheering for a rap, but instead opted for a sweet, funny poem called "40" that honored his "Mama's talent, timing, and sense of humor. Heinle, in turn, shared 13 fun factoids about Scott—which included her hatred of water, love of Sudoku, and photographic memory. 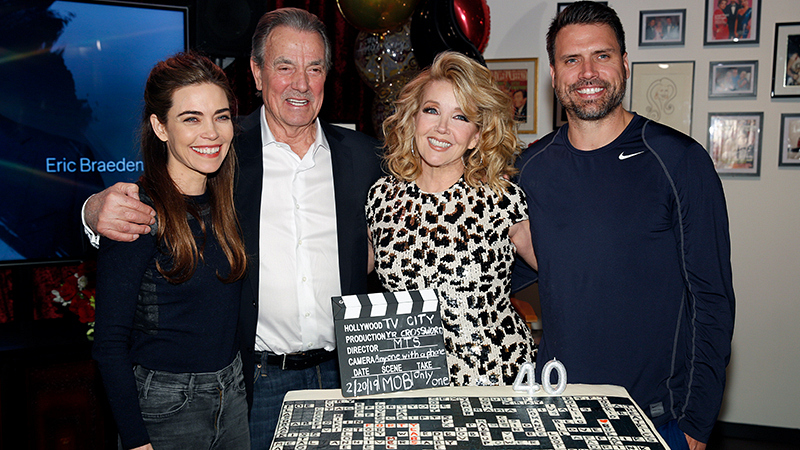 In addition to accolades from The Bold and the Beautiful showrunner Brad Bell and executives from Sony and CBS, Scott received a letter of praise from feminist critic and longtime fan Camille Paglia (who wrote Sexual Personae: Art and Decadence from Nefertiti to Emily Dickinson). 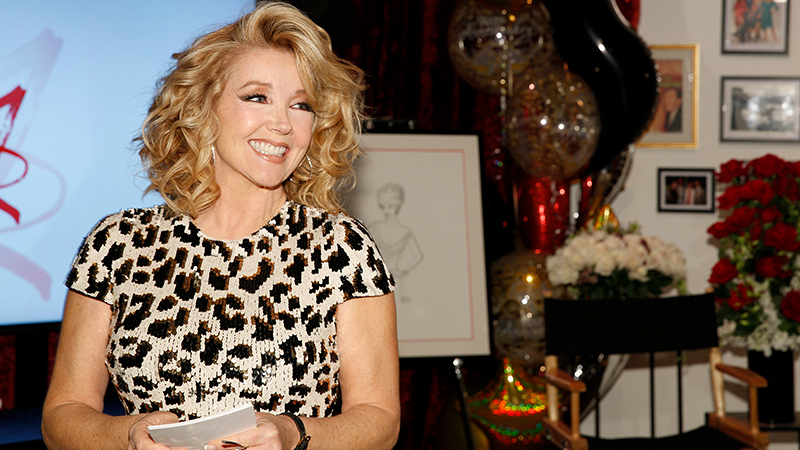 "Though it was long in coming, I know I am home," she concluded. 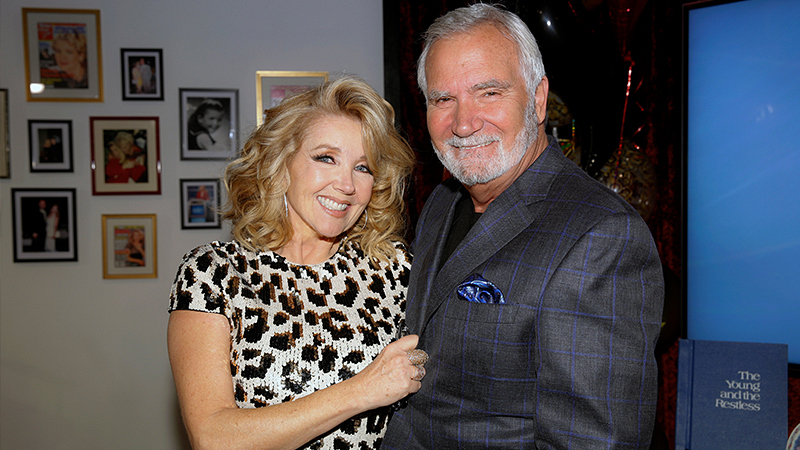 Melody Thomas Scott with John McCook, a Y&R alum now on The Bold and the Beautiful.

With that, it was time to eat cake—which was a lemon-flavored crossword puzzle designed by Hansen's Cakes in honor of two of Scott's obsessions.

The woman of the hour also invited everyone to a beautiful lunch, but there was no time for her to feast. The beloved actress was too busy accepting hugs and congratulations from past and current cast members and crew, friends, family, and Daytime colleagues like Y&R alums John McCook (formerly Lance Prentiss), Greg Rikaart (Kevin Fisher), Michael Graziadei (Daniel Romalotti), and J. Eddie Peck (Cole Howard).

As you can see, Scott fully enjoyed her 40th party—as did all her guests!