The New Twilight Zone Puts A Modern Spin On Spooky

Why you should enter another dimension with Jordan Peele and Simon Kinberg's reboot of the classic TV series, now streaming exclusively on CBS All Access.
By Gina McIntyre

The Twilight Zone changed TV history when it debuted in 1959, as creator and host Rod Serling introduced a new form of storytelling in which genres were blurred and nothing was quite as it seemed.

More than five decades since its last episode, The Twilight Zone has been reimagined by Oscar-winning writer and director Jordan Peele (Get Out) for CBS All Access. Peele steps into Serling’s role as host and narrator for the 10 original episodes, in addition to serving as executive producer. 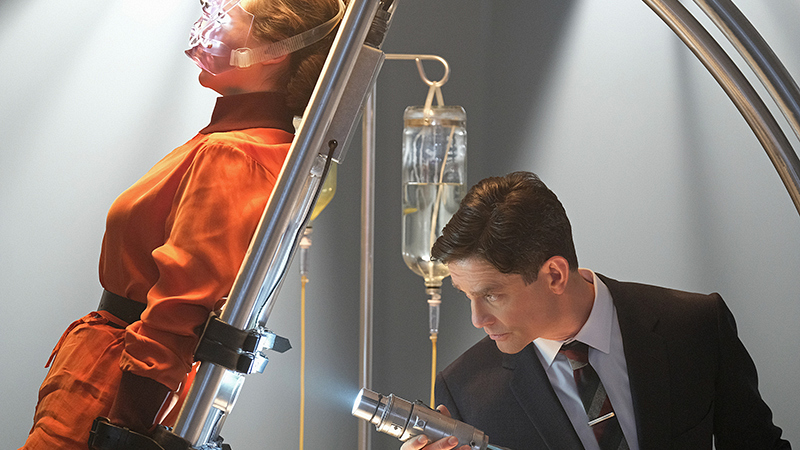 Ginnifer Goodwin as Eve Martin and James Frain as Mr. Allendale of the CBS All Access series The Twilight Zone.

Bringing the new Twilight Zone to fruition is a passion project for Jordan Peele, who has credited the original show with inspiring him to pursue a career in filmmaking.

STREAM: Full Episodes Of The Twilight Zone Now On CBS All Access

His enthusiasm proved contagious when it came to pitching the project to CBS All Access. “It can’t be done just because the title is recognizable,” explains Julie McNamara, executive vice president of original content for the streaming service. “There needs to be a real vision behind it, a reason to do it, and an execution that both pays tribute to the original and demonstrates some innovation and relevance to the modern culture.” With Peele’s work, she continues, “you can see this combination of social commentary and genre. There’s a direct line back to the original Twilight Zone and what Rod Serling was able to accomplish.” 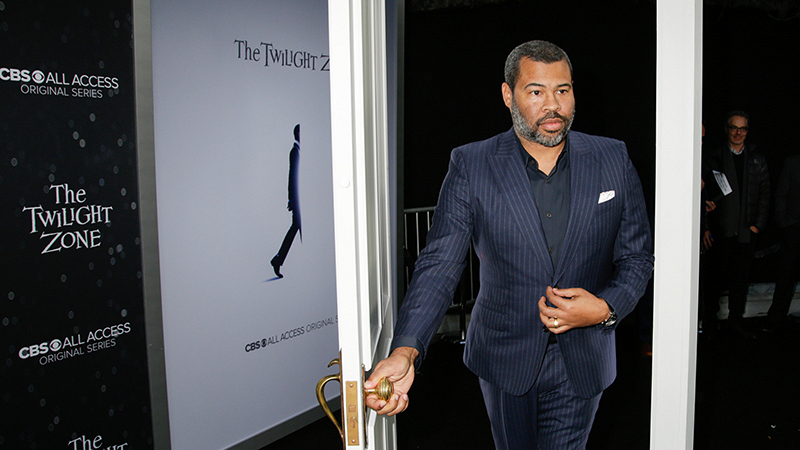 Oscar winner Jordan Peele on the red carpet during The Twilight Zone premiere in Hollywood.

From the outset, Jordan Peele and fellow executive producers Simon Kinberg, Win Rosenfeld, Audrey Chon, Glen Morgan, Rick Berg, and Greg Yaitanes were interested in using the weekly anthology format to examine issues of class, race, and the ramifications of social media. Chon says, “As a kid, I loved the exploration of stories and themes on The Twilight Zone. It was provocative, at times scary, and looked at the world through a different lens. Hopefully, we can do a similar thing with contemporary ideas today.” 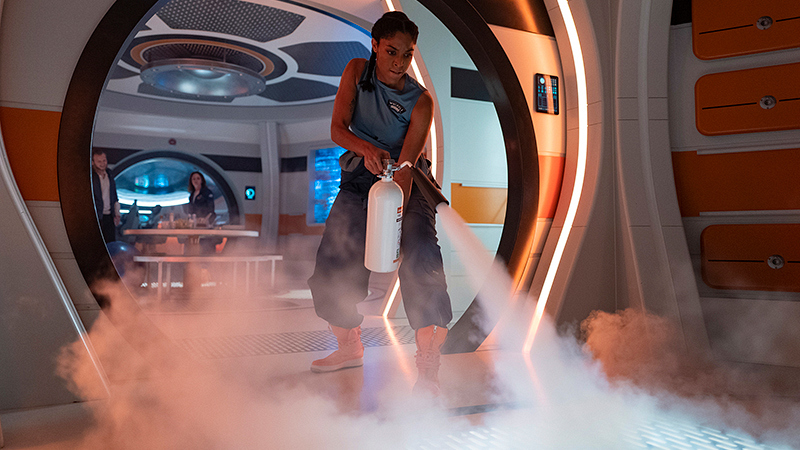 Jessica Williams as Rei Tanaka of the CBS All Access series The Twilight Zone.

Adam Scott stars in “Nightmare at 30,000 Feet,” which pays homage to a classic 1963 episode starring William Shatner. “There are a number of Easter eggs throughout the show that convey a connection to the original Twilight Zone series,” McNamara explains. 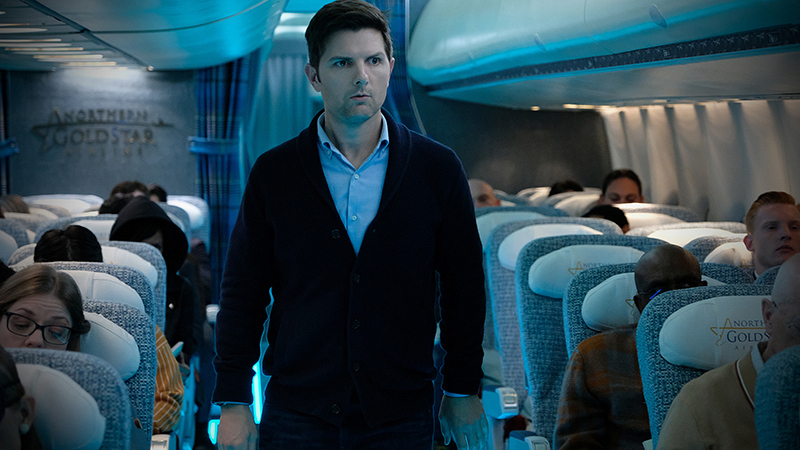 Streaming has proven to be the ideal platform for the audacious new series, thanks to its ability to offer writers and directors maximum creative freedom. “That doesn’t mean swear words or nudity,” McNamara says. “It’s about the issues that you’re tackling, the pacing and nature of the storytelling, and the visual style.”

Equally important, it’s a win for the audience. “It can be a very personal experience, viewed when you’re in the right frame of mind to have this ride with these individual characters in these freakish experiences.”

Stream full episodes of The Twilight Zone exclusively on CBS All Access.