Fervent fans of CBS' long-running sitcom Mom—and there are clearly many, based on continuing ratings success, critical kudos, and awards—have their favorites among the show's quirky episode titles. Consider "Corned Beef and Handcuffs," in which a chance hookup for Allison Janney's Bonnie enrages her in-recovery daughter Christy, played by Anna Faris, or "Poodle Fuzz and a Twinge of Jealousy," in which Bonnie stumbles while on her phone and ends up briefly confined to a wheelchair. Other gems include "Crazy Hair and a Teeny Tiny Part of Canada," "Go-Go Boots and a Butt Cushion," and "Flamingos and a Dance-Based Exercise Class." 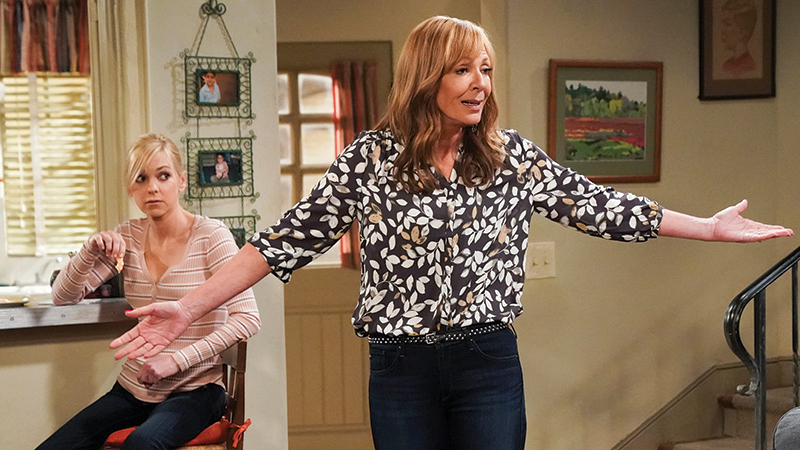 Ginning up such piquant titles is the bailiwick of Gemma Baker, who produces the show in concert with co-showrunner Nick Bakay, television legend Chuck Lorre, and Eddie Gorodetsky. The first plan was to give the episodes names that resembled dissertation titles, like "The Unstoppable March of Multi-Generational Dysfunction." But, says Baker, "I just dreaded it, because I was like, 'I don't know how to do these.' But then we got the idea to use two things that happened in the episode, and now we have a really good time with it. We write as a group and whoever's title gets the biggest laugh usually wins." 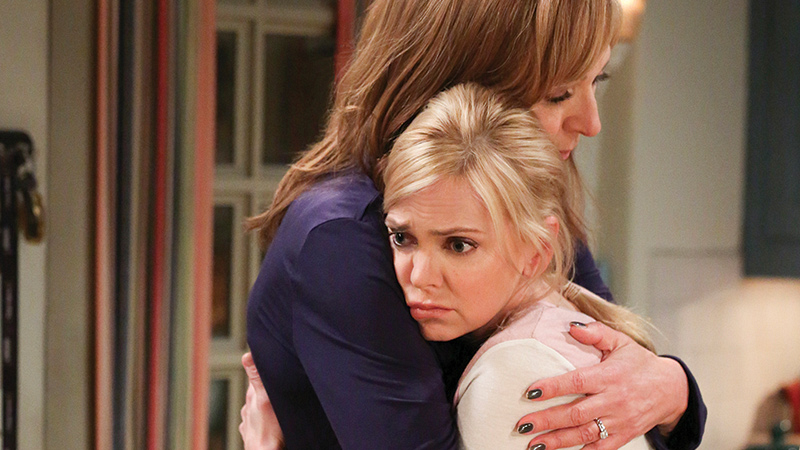 Baker never expected to be earning laughs in a writers' room. Arriving in L.A. in 2003 with a degree from New York University's Tisch School of the Arts, she had her heart set on being a comedian. She took classes at the storied improv troupe The Groundlings, where she met her husband, Greg Baker, with whom she shares a 10-year-old son, Olen, but breaking into the industry proved harder than imagined: "I like a dollop of sadness with my comedy, which wasn't great for my career," she says with a smile. 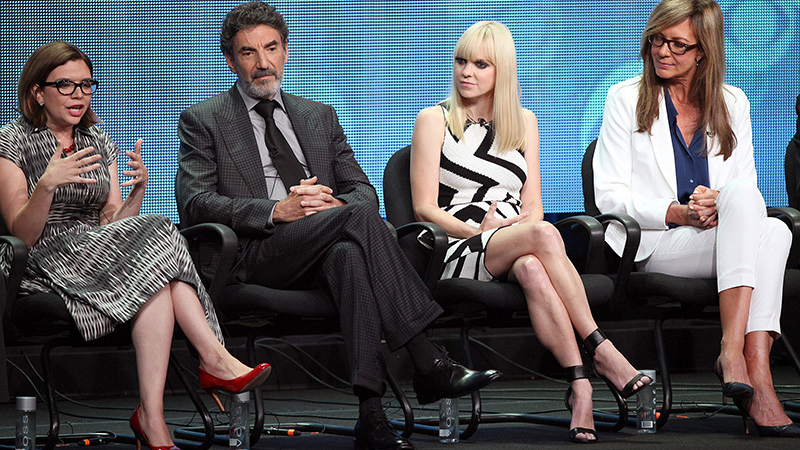 Baker was working as an office manager when she spoke to Lorre at an event, not realizing who he was. In an only-in-Hollywood story, Lorre was impressed enough by her social storytelling that he asked her to send him writing samples; an invitation to join the writers' room on Two and a Half Men eventually followed. At first, "Even though I sat right next to Chuck, he still couldn't hear me." Eventually she found her footing and took Lorre's philosophy to heart: "Always find the emotional starting point of a story and then put the funny situation and the jokes on top of that."

After two seasons on Men, Lorre and Gorodetsky empowered Baker to build a show around two pivotal figures, an acerbic mother to an ever-struggling single mom. In 2013, Mom hit the air, quickly finding popularity. 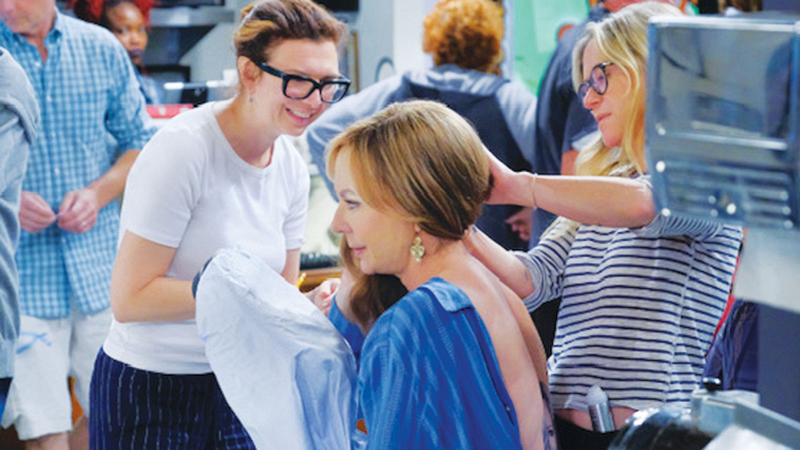 Over six seasons (it's about to begin its seventh, and has been renewed for an eighth), the storylines have moved steadily toward dealing with issues not necessarily knee-slappingly comic—the addiction motif has been joined by such themes as adoption, teen pregnancy, and financial woes. It's a trend that grew out of an episode about a cancer scare for series regular Marjorie (Mimi Kennedy) in season 1. 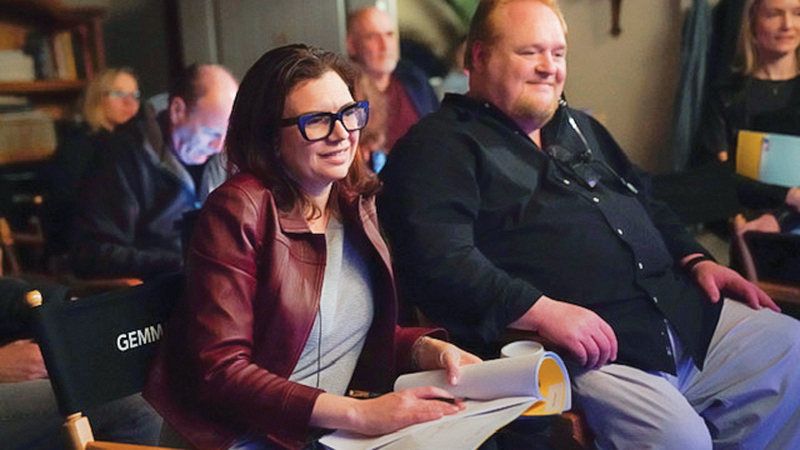 "The cancer episode was a big turning point for us," Baker says. "We didn't know how people would respond." But on Lorre's hunch, "We went out on a silent, heavy moment, and the live audience loved it—they were with us. I think that's when we started to hit our stride," she continues, "marrying humor with sadness and real things, showing up for life in the good times and the bad—and staying sober throughout it all." Turns out, a dollop of sadness with her comedy has been great for her career.