Five Questions With Patrick Brammall Of No Activity

Get to know the actor who plays Detective Cullen in No Activity, a CBS All Access original comedy series.
Just in time for the Thanksgiving holiday weekend, Patrick Brammall and company are back for more hijinks and hilarity in No Activity.

As we anxiously await the return of the amusing and addictive CBS All Access series—Season 3 of No Activity drops November 21—we wanted to get to know the leading funny man behind the show. Watch! chatted with No Activity star and co-developer Patrick Brammall about life in Los Angeles, working with famous co-stars, and having fun trying on different jobs.

1. Who's your biggest inspiration?

It's always changing—I take inspiration from many and various sources. Right now I'm extremely impressed by my dog, Walter. He manages to stay very positive even though we literally feed him dog food on the floor twice a day.

I’ve been challenged by the folks at @no_meat_may to have a go at eating zero meat for 31 days. The prospect isn’t a natural fit, cos I REALLY like eating meat. Always have. But I can’t deny that there’s a tiny voice, somewhere in the sub-cockle region, that says “hey isn’t it a bit weird that heaps of animals live in shitty conditions to die early cos you like the taste?” So, in the hopes of shutting up that annoying little voice with its naive little question, I’m gonna try to eat consciously for a month. If you feel similarly, I invite you to join me. Check out the the @no_meat_may page for help. This is Walter. I sort of blame him for opening up my mind to this ethical dilemma. I don’t eat him. Much. #vegetarianforabit #nomeatmay🌿 #plantlyf #wheremyproteinat #donteatdog #ireckonfishismeattoo


2. Watch! is all about television's hottest shows. Tell us about No Activity and your character Detective Nick Cullen.

Cullen is an uptight cop whose ambitions are constantly thwarted. In Season 3, he's been demoted from detective to patrol cop, which stings. But he counts on help from Sophie, his higher/ranked girlfriend (Beth Behrs) to help him get back to detective. Among the new partners he has to deal with, the extradition flight he takes with Officer Brock (Keegan-Michael Key) is especially funny. 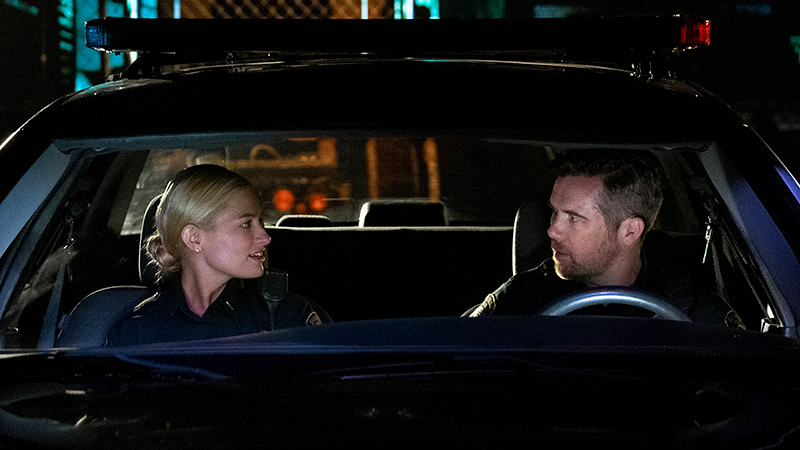 Beth Behrs as Sophie Beyers and Patrick Brammall as Nick Cullen in No Activity.

STREAM: Full Episodes Of No Activity Exclusively On CBS All Access

3. When not filming No Activity, what do you like to do?

When not filming episodes, I'm writing, casting, and editing the show with the my co-creator (and writer/director) Trent O'Donnell. I don't have a lot of time for other stuff. Although I have been regularly bouldering for the last year. 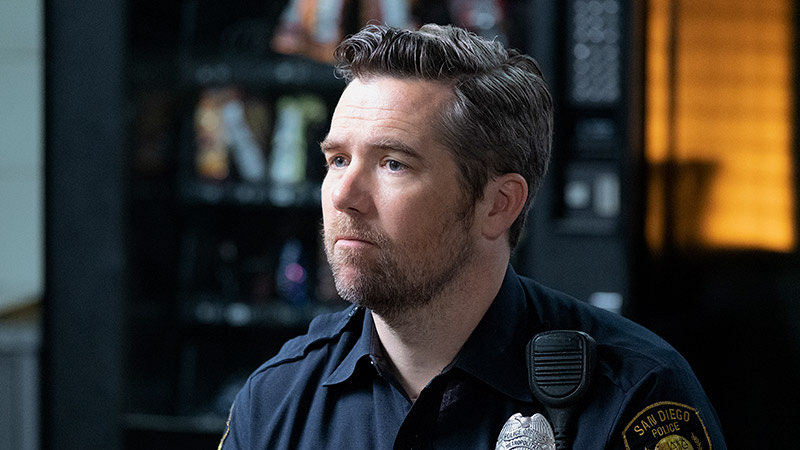 No Activity star and co-developer Patrick Brammall is back in blue at the San Diego Police Department as Officer Nick Cullen.

4. What was the first day on set like? First scene you filmed? Any memories or fun stories?

On set is a very relaxed atmosphere. One of my favorite storylines is from Season 2 where Jessica Alba does a ride-along with me and Tim Meadows as research for a role. It turns very weird when she takes hold of both our guns and forces me to drink my own pee. This last detail was 100% Jessica's idea. Yes. She is a sicko. 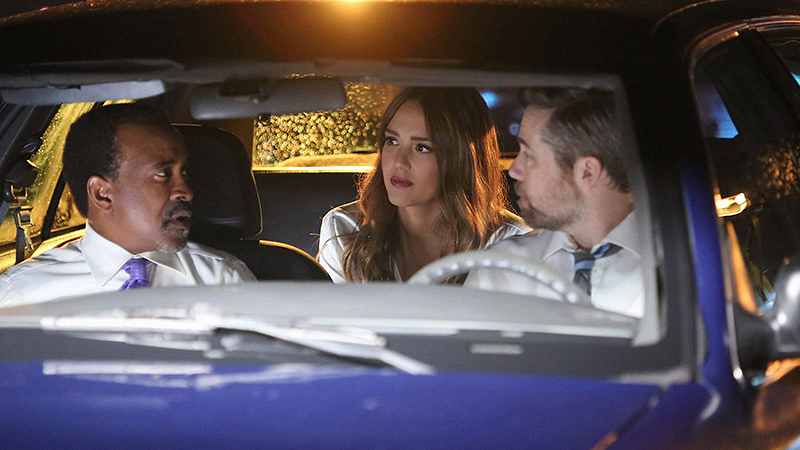 Tim Meadows as Detective Judd Tolbeck, Jessica Alba as The Actress, and Patrick Brammall as Detective Nick Cullen in Season 2 of No Activity.

5. Why did you decide to become an actor?

I thought as a kid that if I could be an actor, I'd be able to have all sorts of careers. And that's really worked out. I've been a cop (No Activity, Glitch), a mountain climber (Evil), a drug dealer (The Letdown)—and many others.

I guess they all mask my true occupation; professional attention seeker.

Stream every episode of No Activity Season 3 on Thursday, Nov. 21 only on CBS All Access.