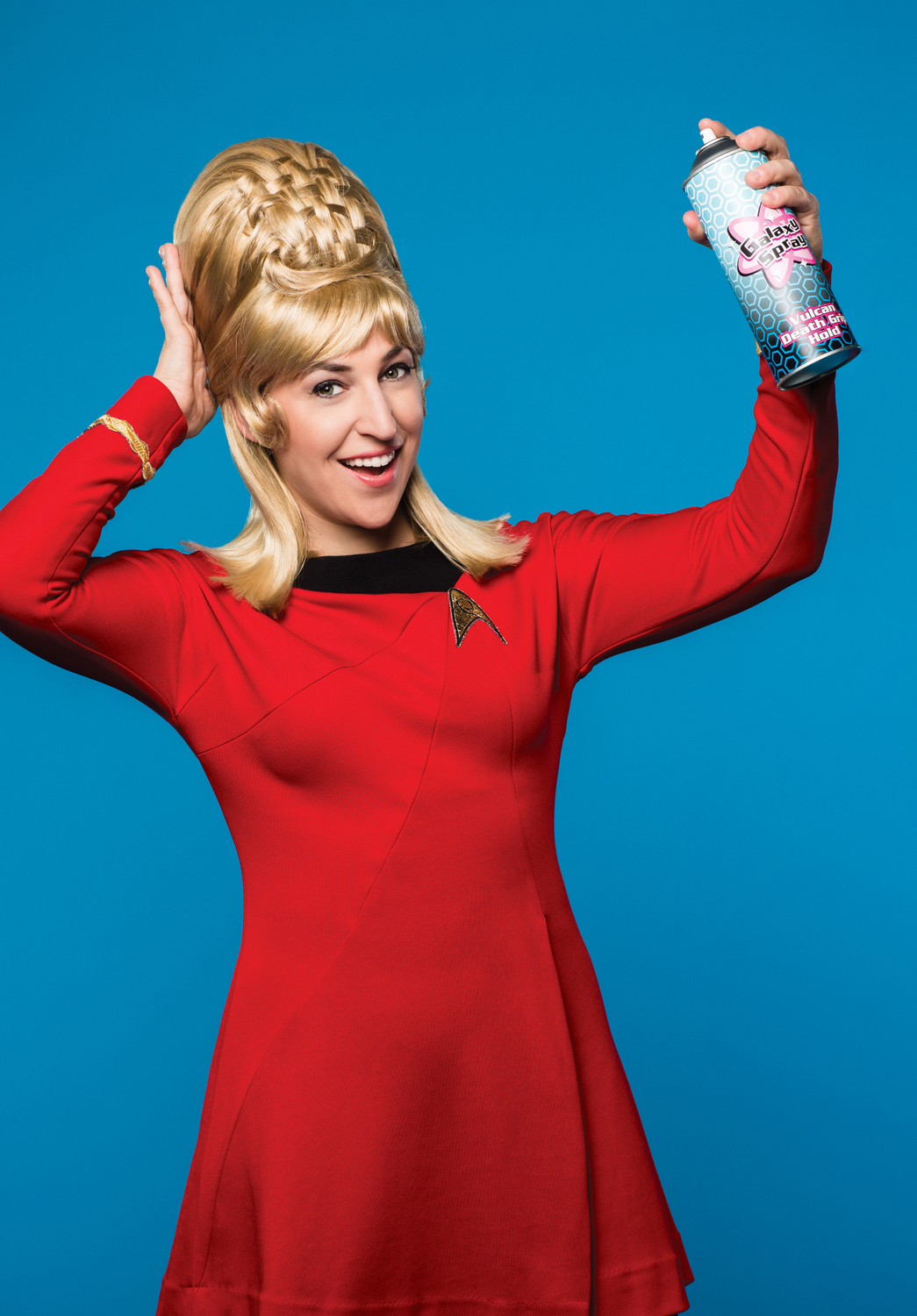 Mayim Bialik and fans everywhere geek out over Star Trek at 50. To celebrate, we boldy go where no man—or woman—has gone before, with a little help from this Trekkie pinup girl and The Big Bang Theory star.

"I watched a lot of Star Trek when I was a kid, and being able to not only dress up like some of the most iconic characters from that universe," Mayim Bialik said, "but be made up by some of the original innovators who created these looks, was personally so meaningful."

Take a look at the stellar shots from Mayim's Star Trek-themed Watch! shoot and learn more about Star Trek with some fun facts from series history. And be sure to check out a behind-the-scenes clip of Mayim's Star Trek photo shoot.

Plus, watch the all-new Star Trek series exclusively on CBS All Access in 2017. 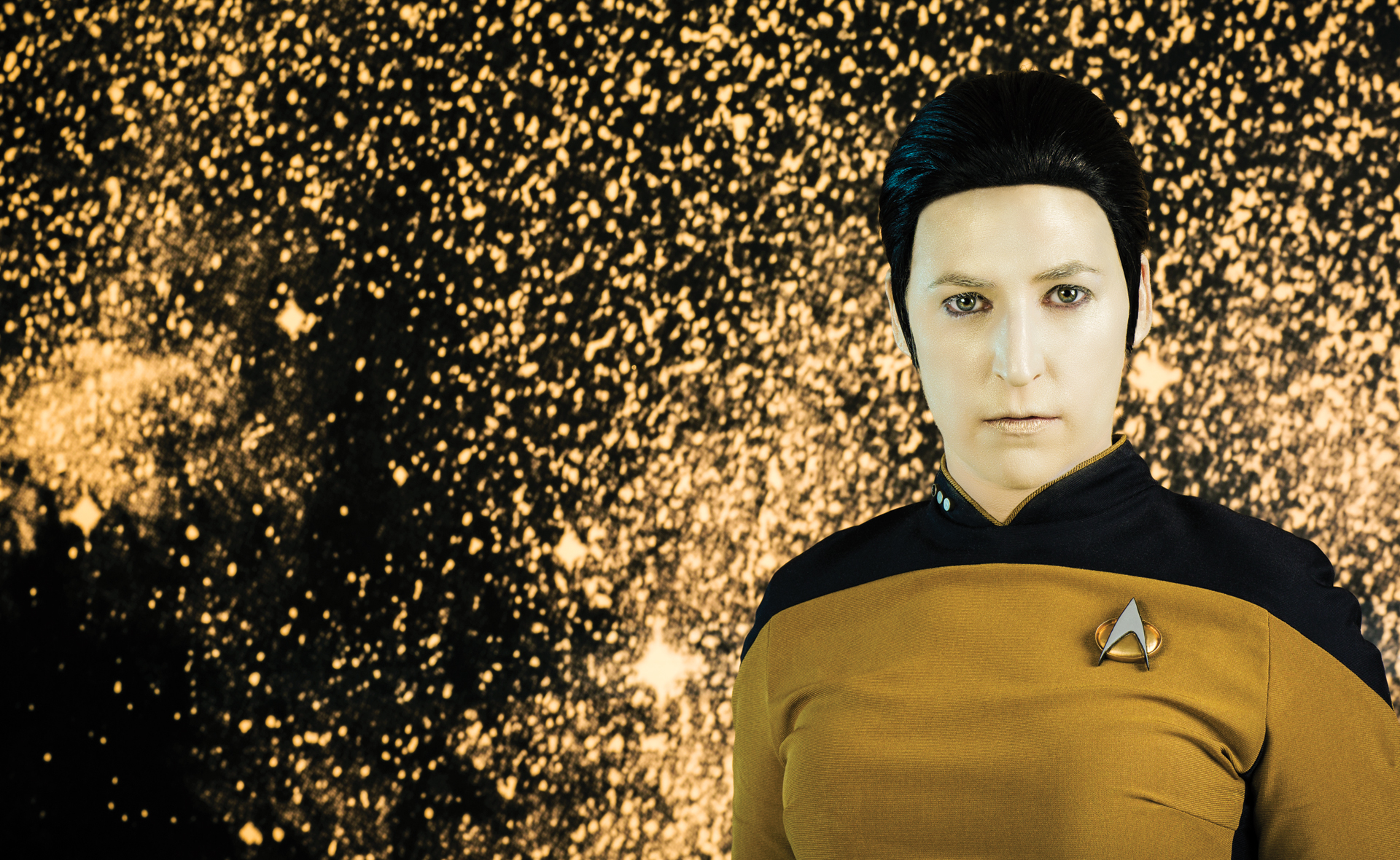 Trek Fact: Star Trek has more spinoffs than any television series in history.

Mayim channels Data (Brent Spiner) from The Next Generation, who sought to learn what it meant to be human. 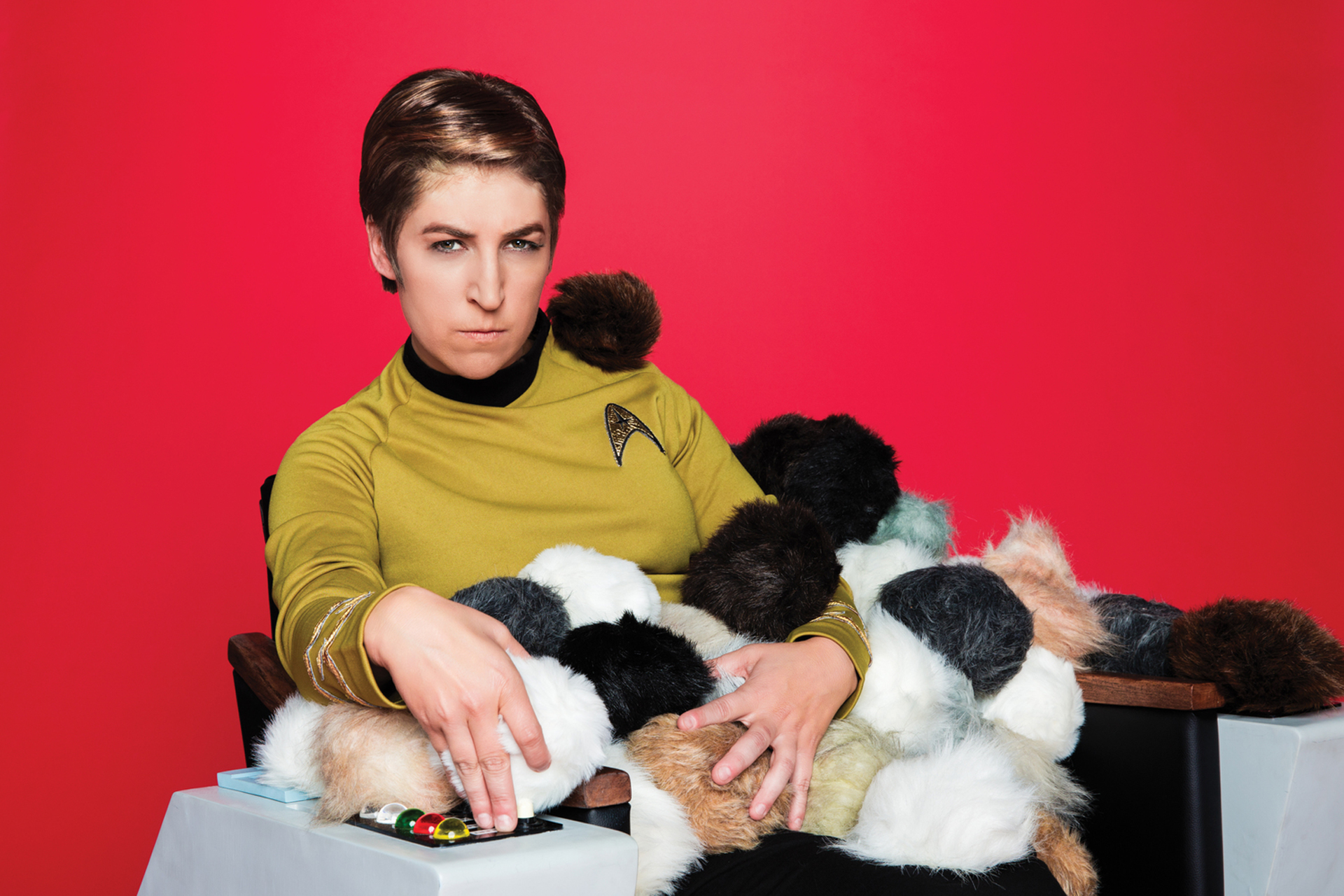 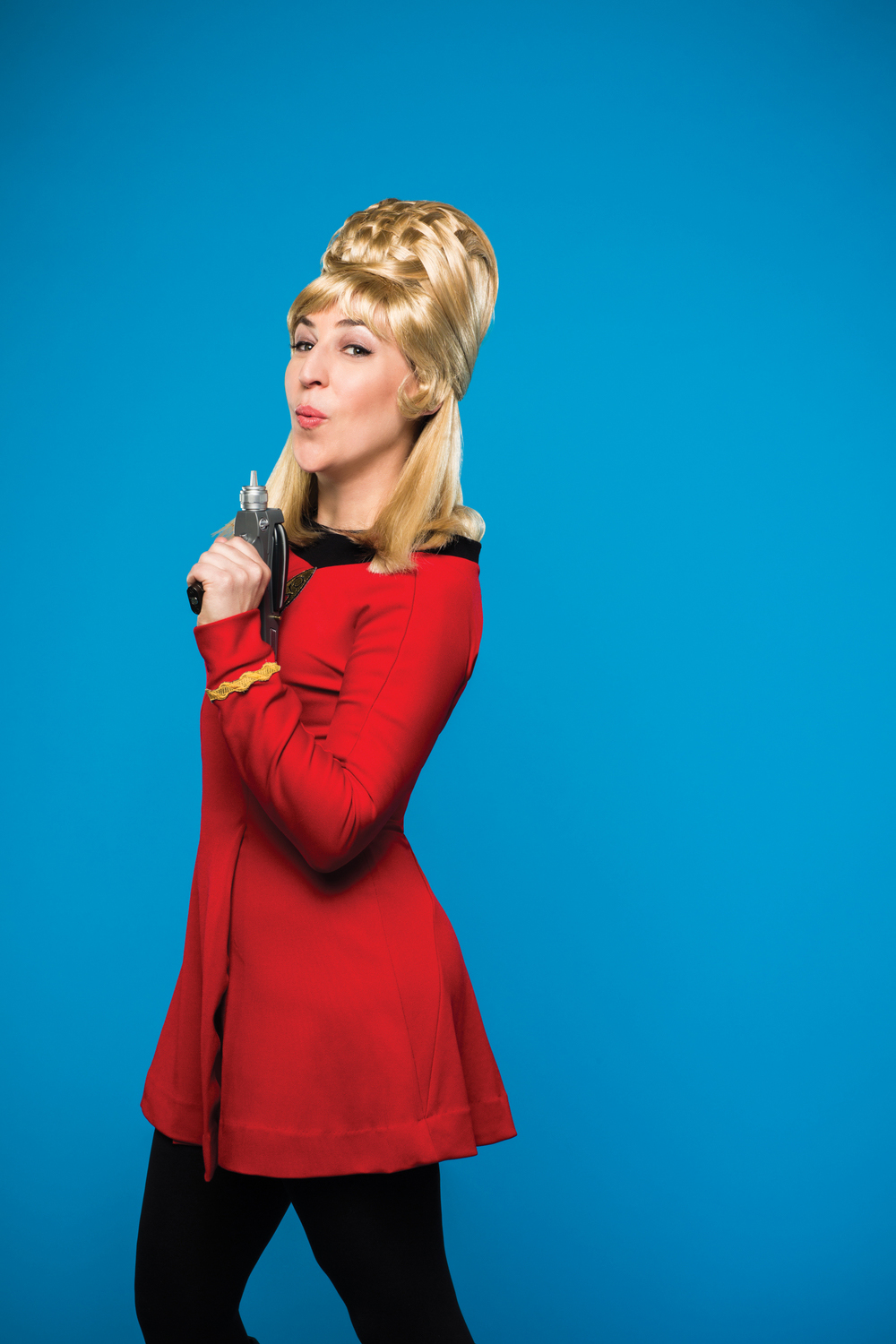 Trek Fact: Star Trek's "communicators" are said to have inspired the invention of the cellphone.

Mayim portrays Yeoman Janice Rand (Grace Lee Whitney) and her hair, which were both unforgettable. 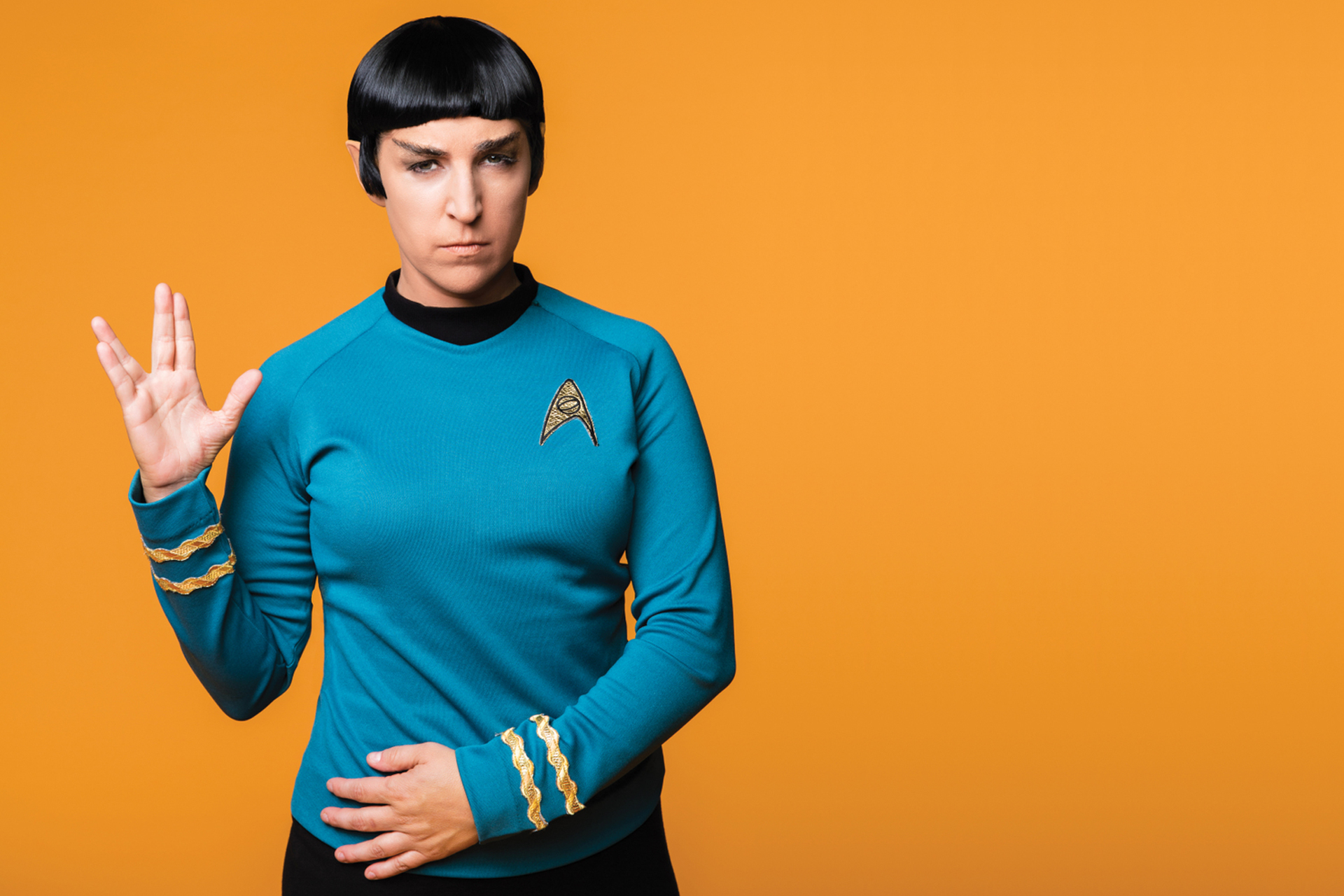 Mayim channels Mr. Spock (Leonard Nimoy), who was a coolheaded balance to the brash Kirk. The Big Bang Theory has really helped foster a new group of Star Trek fans. Who knew?