Alex O'Loughlin brings Detective Steve McGarrett to life on Hawaii Five-0. He's been featured by Watch! Magazine before, but this time the gorgeous photos are accompanied by little-known facts about the star. 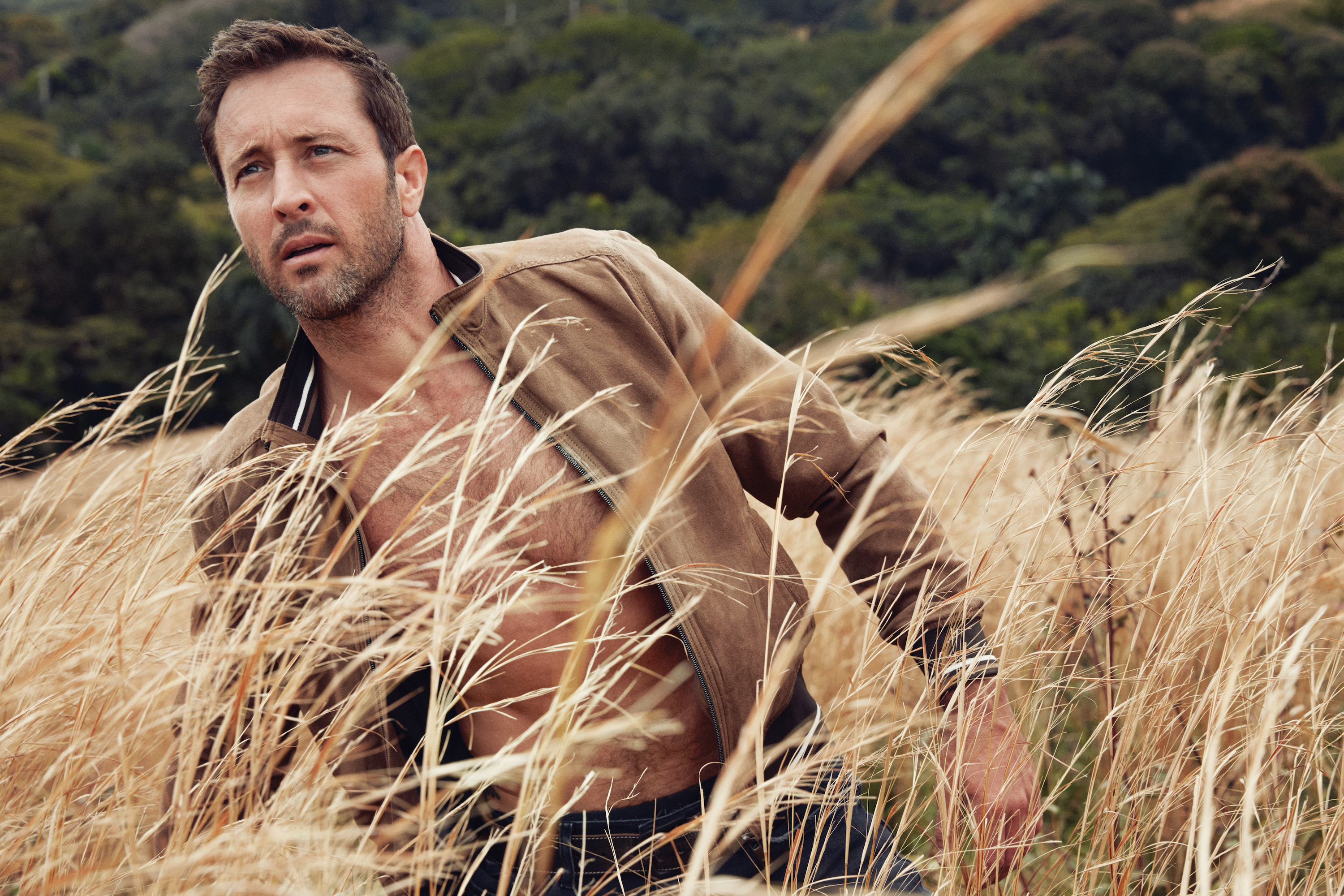 Get to know him better.

Alex O'Loughlin brings Detective Steve McGarrett to life on Hawaii Five-0. He's been featured by Watch! Magazine before, but this time the gorgeous photos are accompanied by little-known facts about the star.

For one, he's great at accents. When the star of CBS's hit reboot isn't using his Australian accent, he likes to get creative with his voice. He sat down with Watch! in Honolulu to read the adorable children’s story Hello Lamb by Jane Cabrera. His impressions of the animal characters in the book are farm fresh. 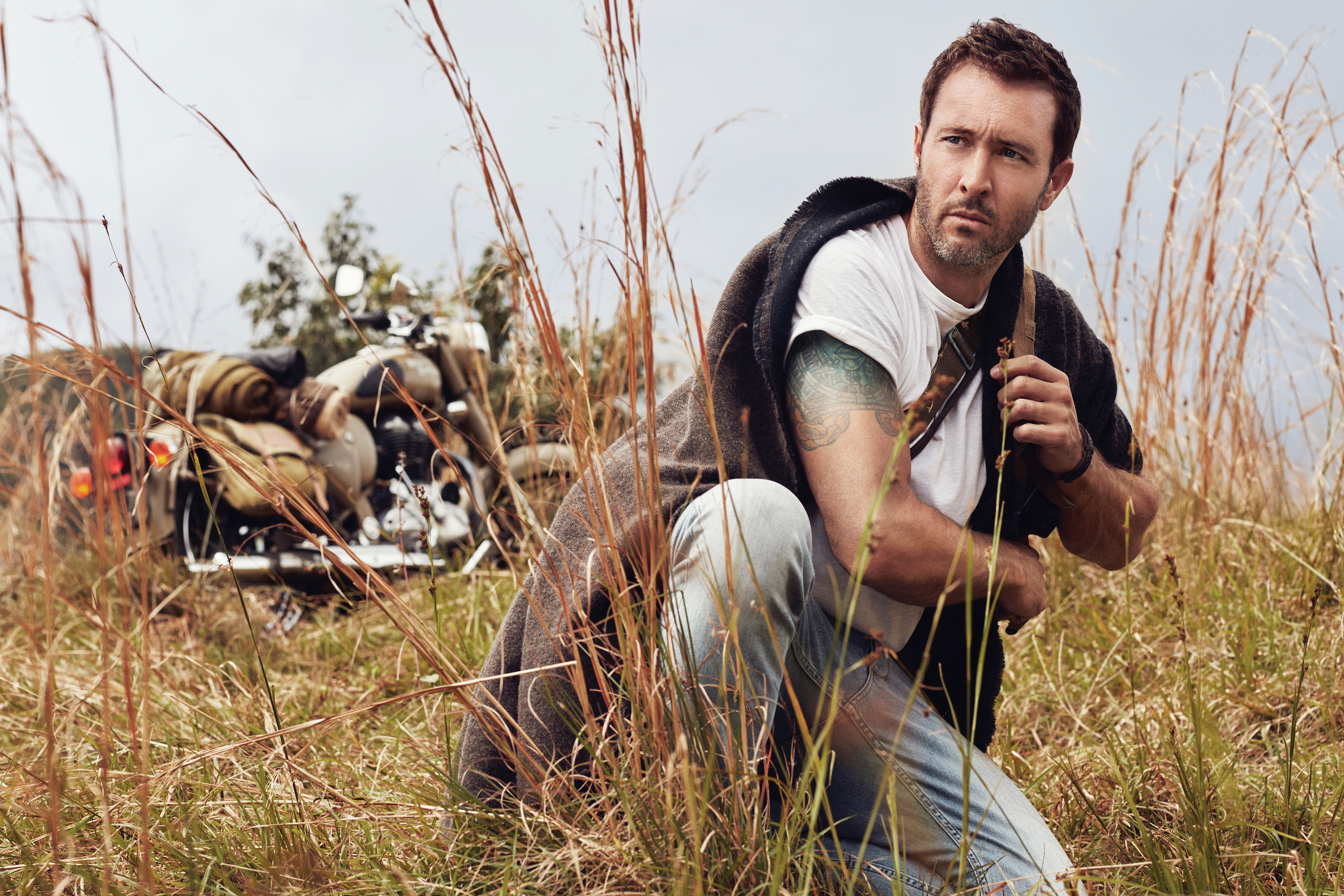 He was unsure about moving to paradise.

When he was first asked to move to Oahu for Hawaii Five-0, he was skeptical of the move. With the help of his friends, he built up the courage. 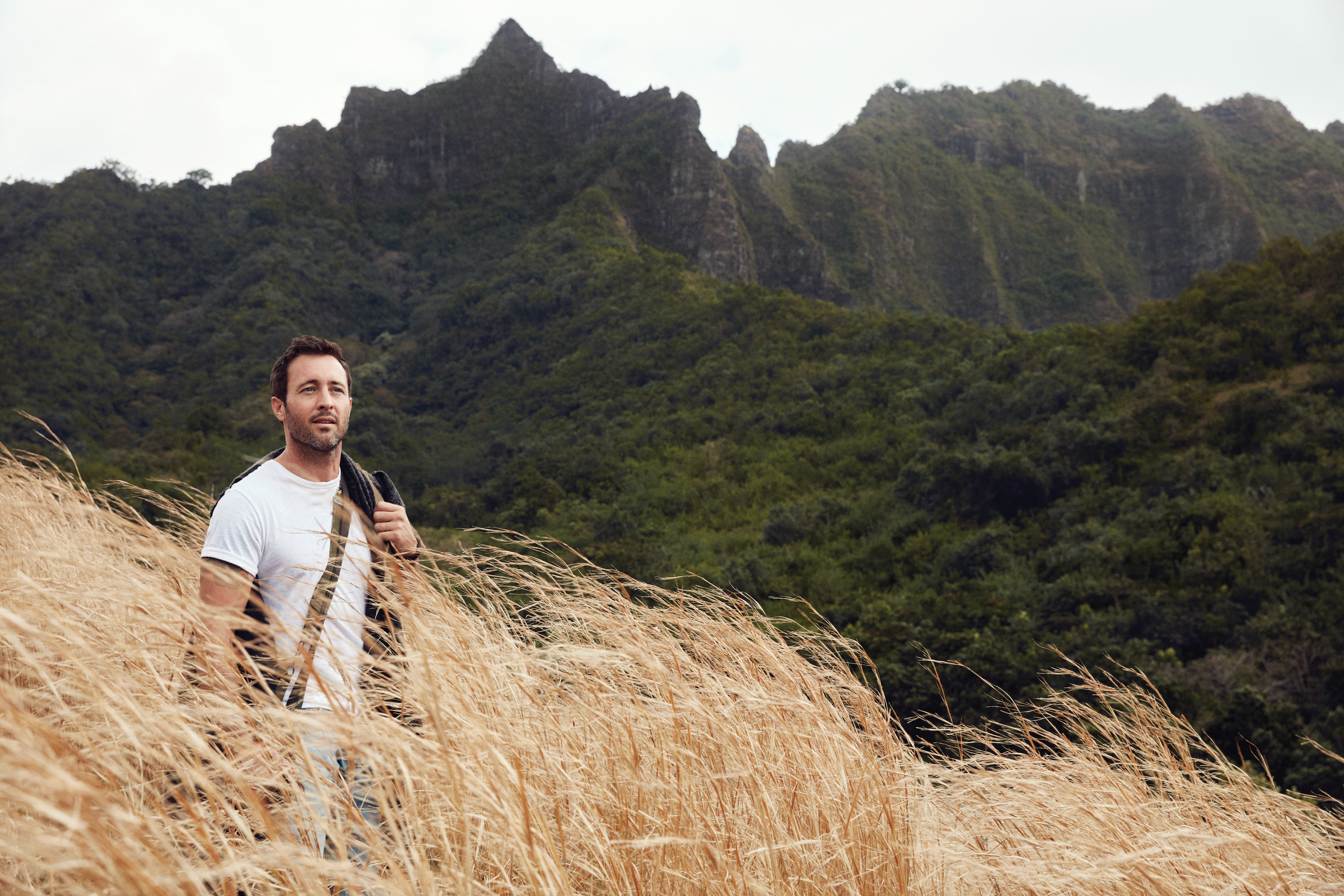 He's very down to earth.

While McGarrett's busy avenging the death of his father and vanquishing his nemeses, Alex prefers spending his time surfing and hiking. 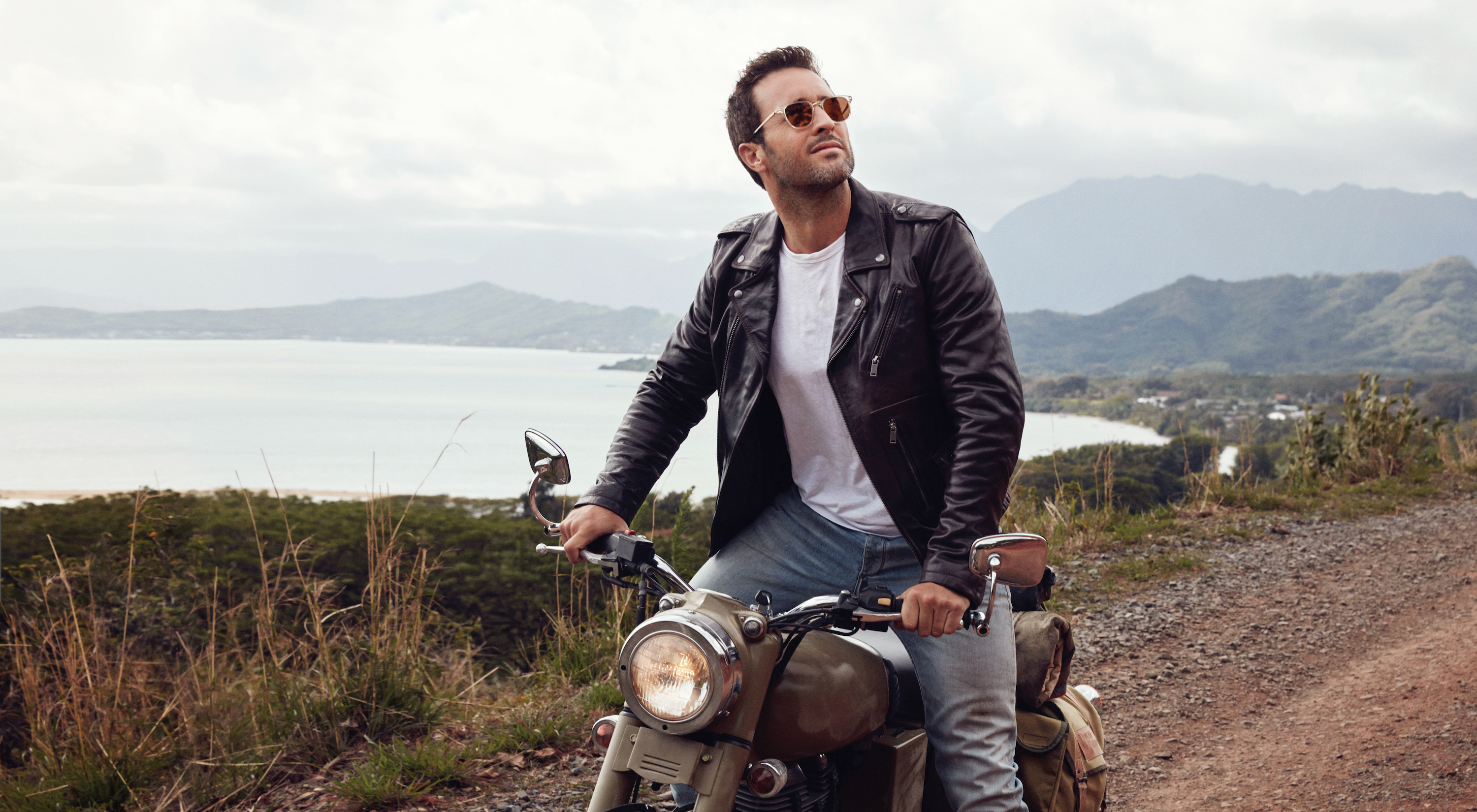 He has filmed over 175 episodes of Hawaii Five-0.

After seven seasons with the show, each with 25 episodes, Alex has really committed to his character. 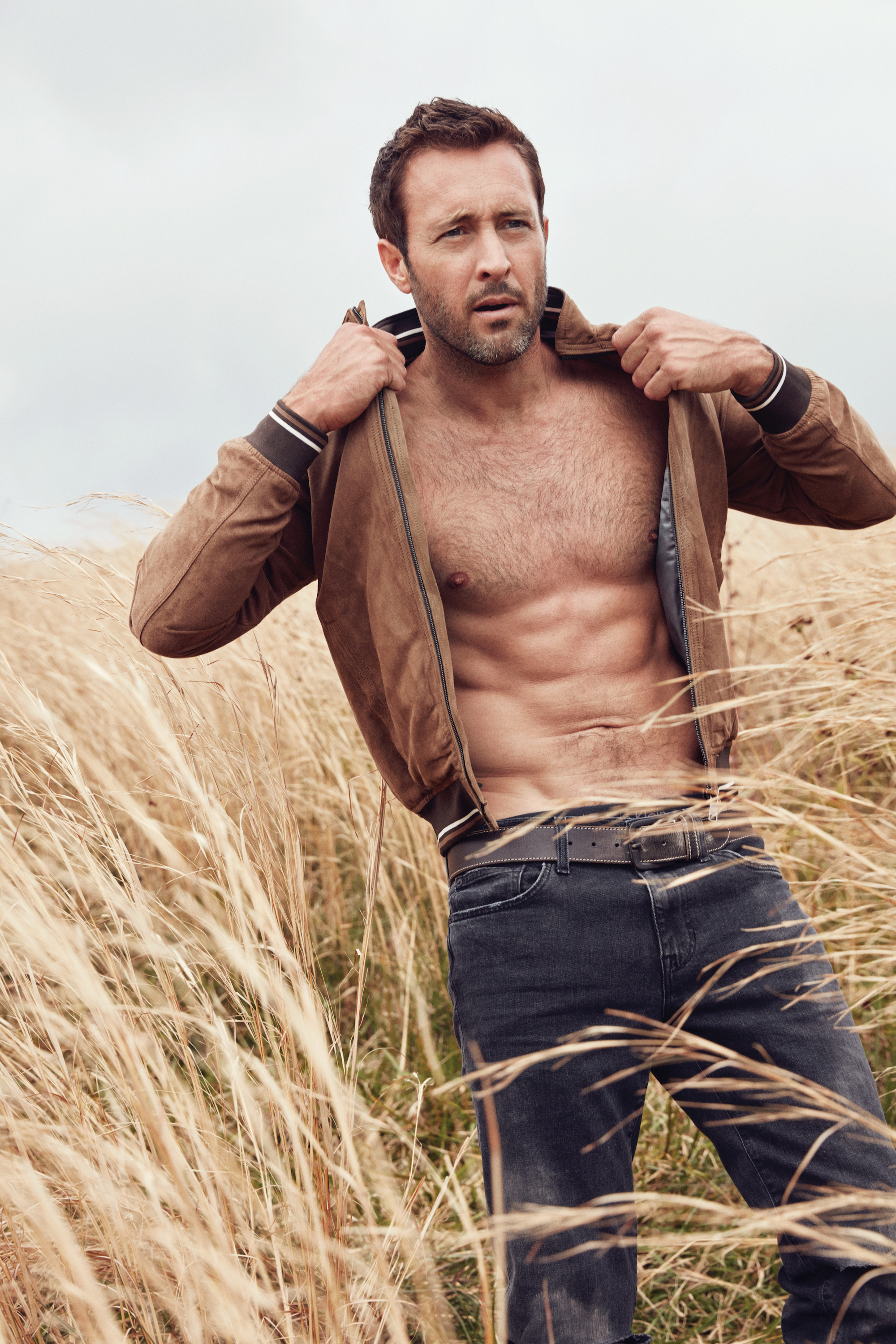 McGarrett has become a part of O'Loughlin.

After so much time with the show, Alex told Watch! that he can "drop into McGarrett's head space anytime." 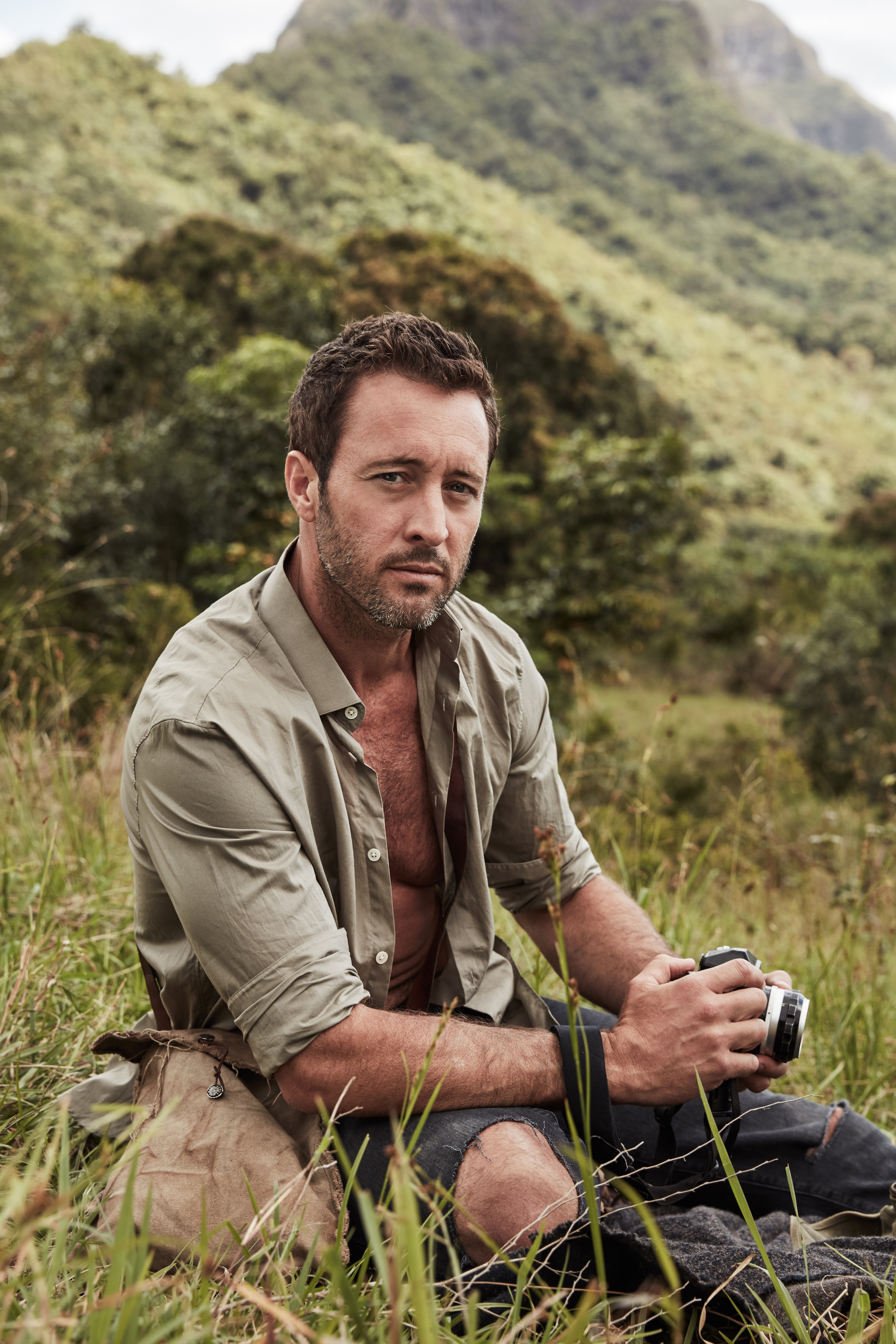 Alex does his homework.

To perfect his character on Hawaii Five-0, Alex worked with real Navy SEALs. They helped him understand McGarrett's mindset. 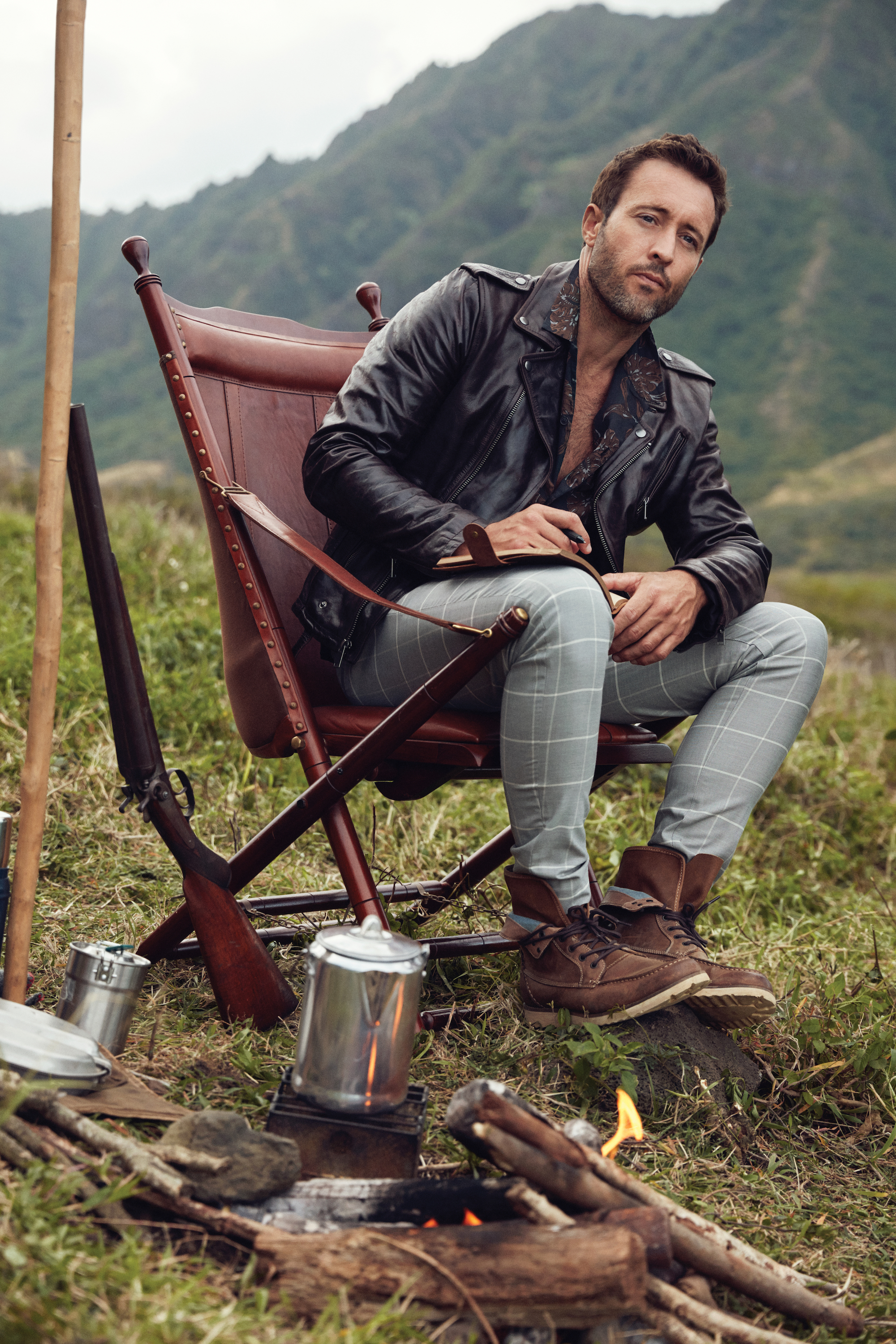 He leaves Steve McGarrett on set.

Alex told Watch! that portraying McGarrett's intensity requires a "specific sort of energy." So, when he's not in character, Alex likes to slow down and return to his more laid-back temperament. 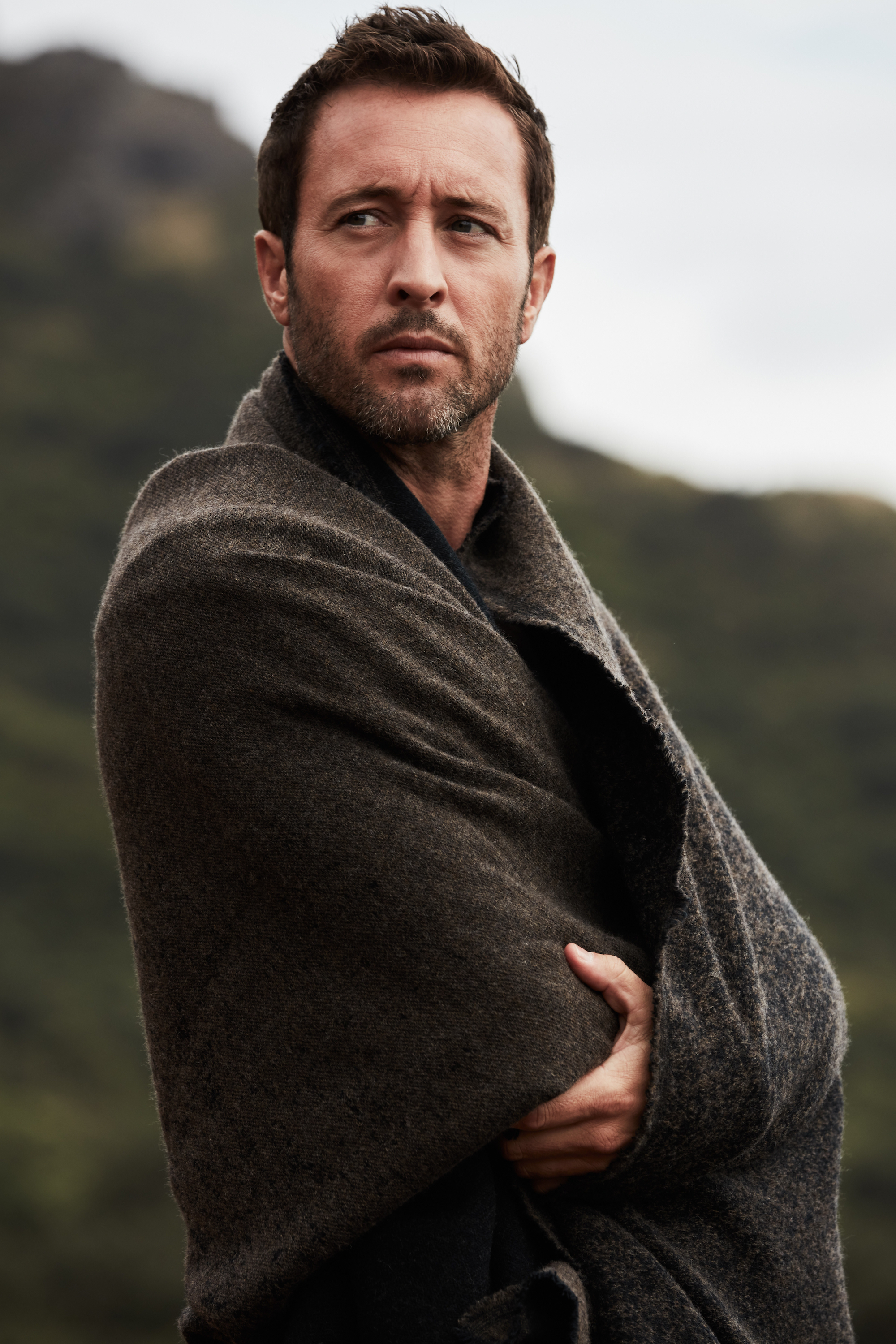 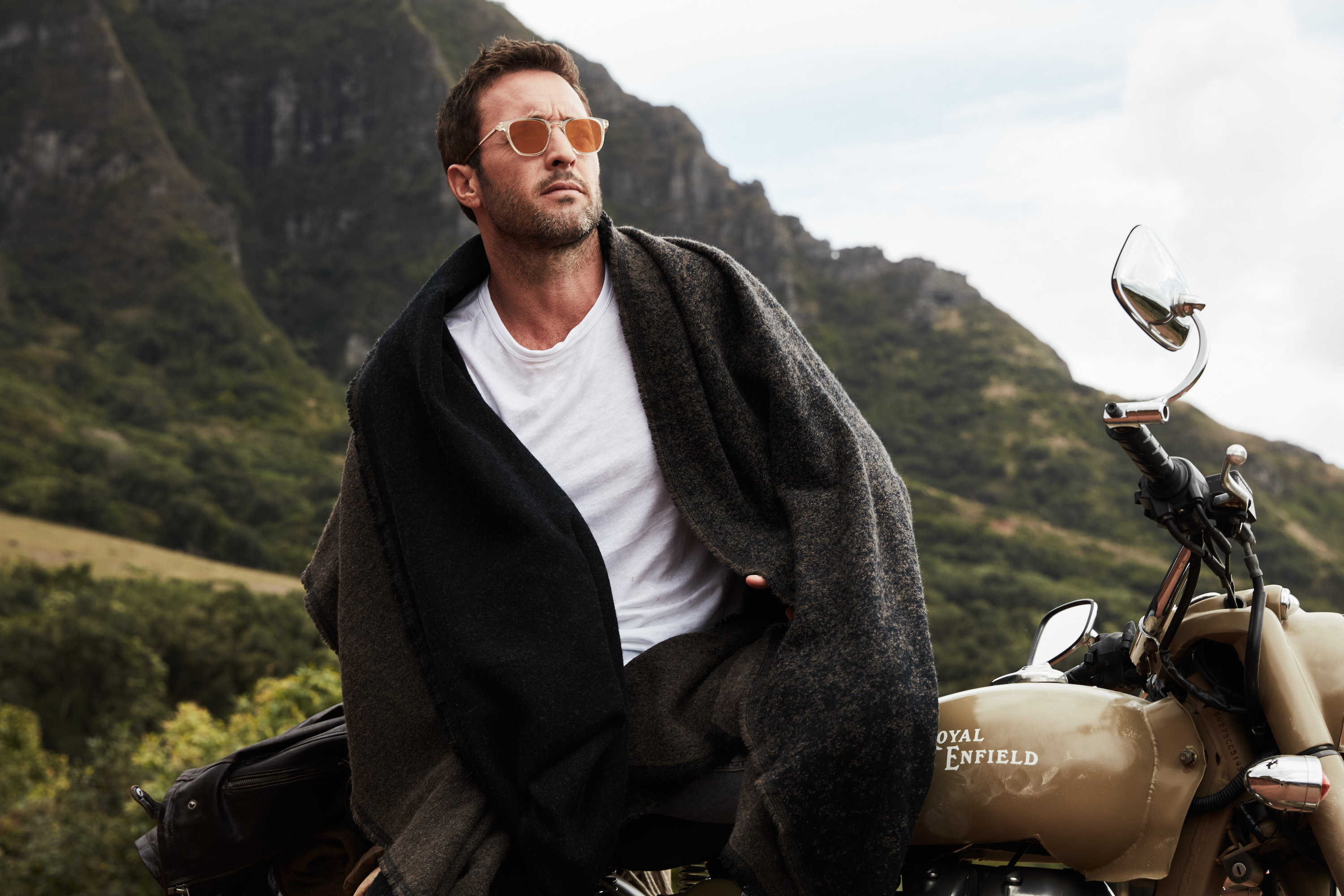 Over the past seven years, Alex has come to love his Island home. While on set in Oahu, O'Loughlin told Watch! that "the majority of [his] important memories are now Hawaiian memories." 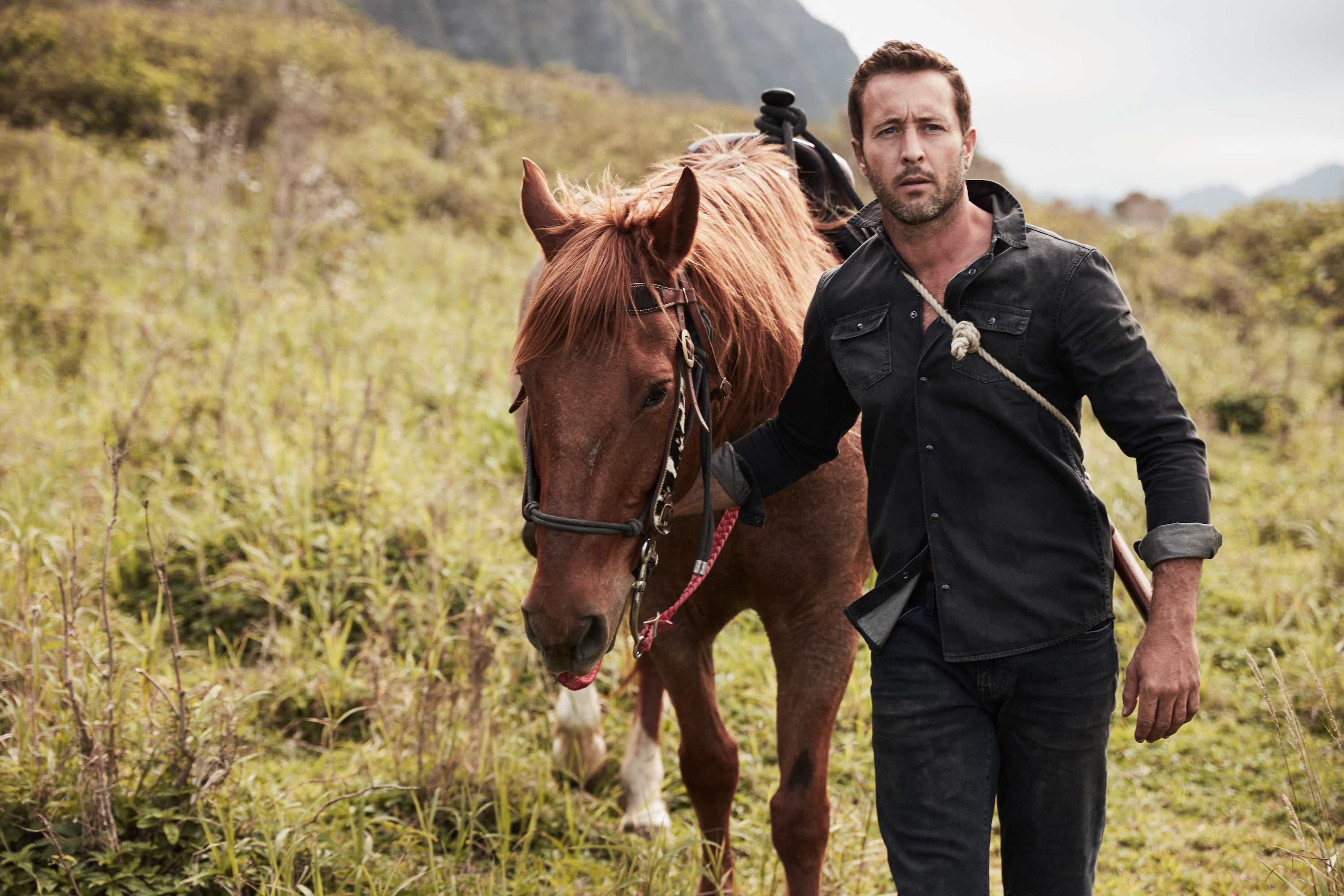 Alex treasures spending time with his wife, Malia, and three boys Lion, Saxon, and Spike. He told Watch! that "being a husband and a dad are the two most important things in my life." 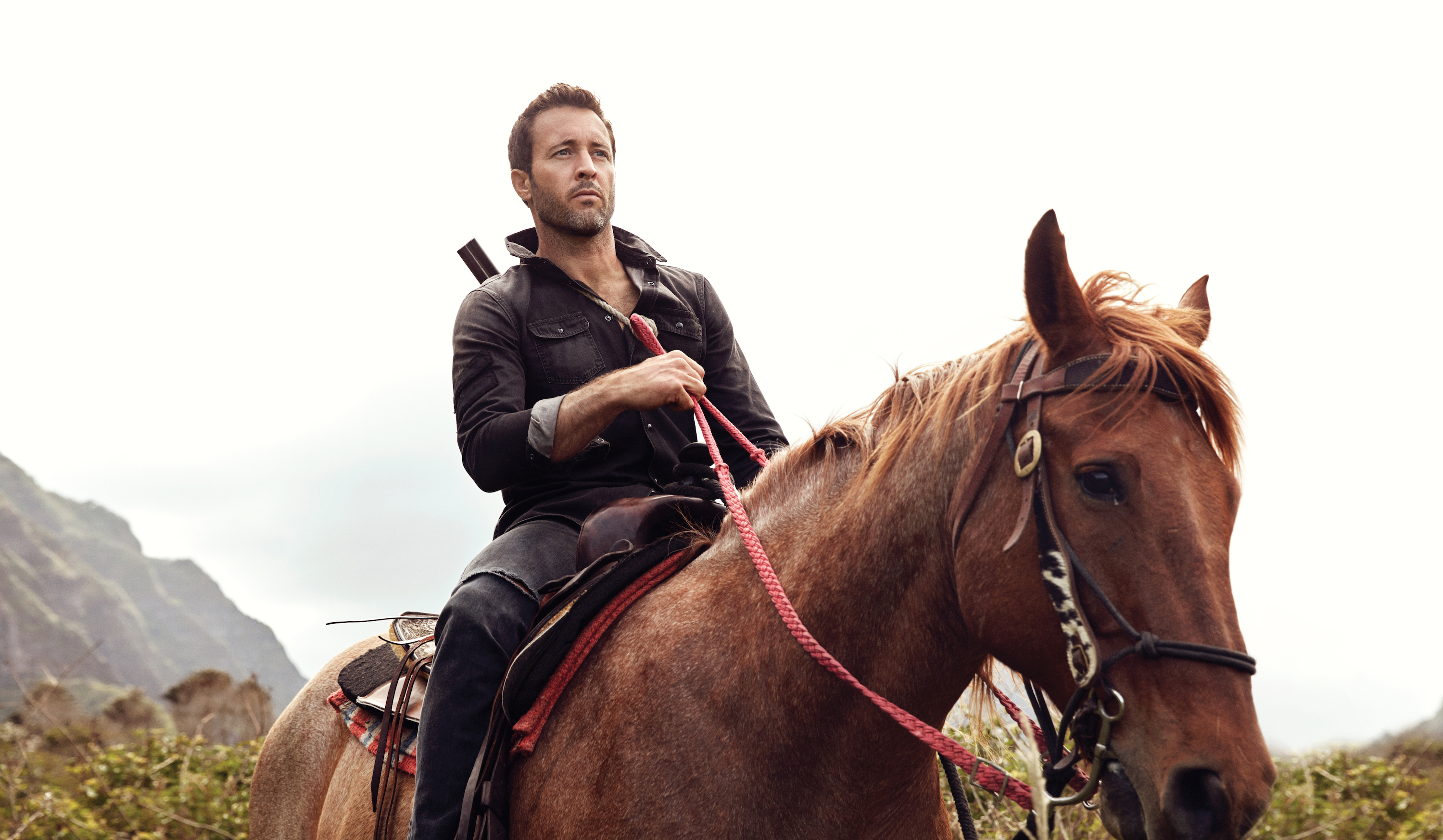 His ideal present is alone time.

When discussing what he would like for Father's Day, O'Loughlin told Watch! that he would love to get a vacation... by himself. While on set in Oahu with Watch! he said, "I'd love to be by myself, on a mountain... like in these photos. This is like a dream sequence for me." 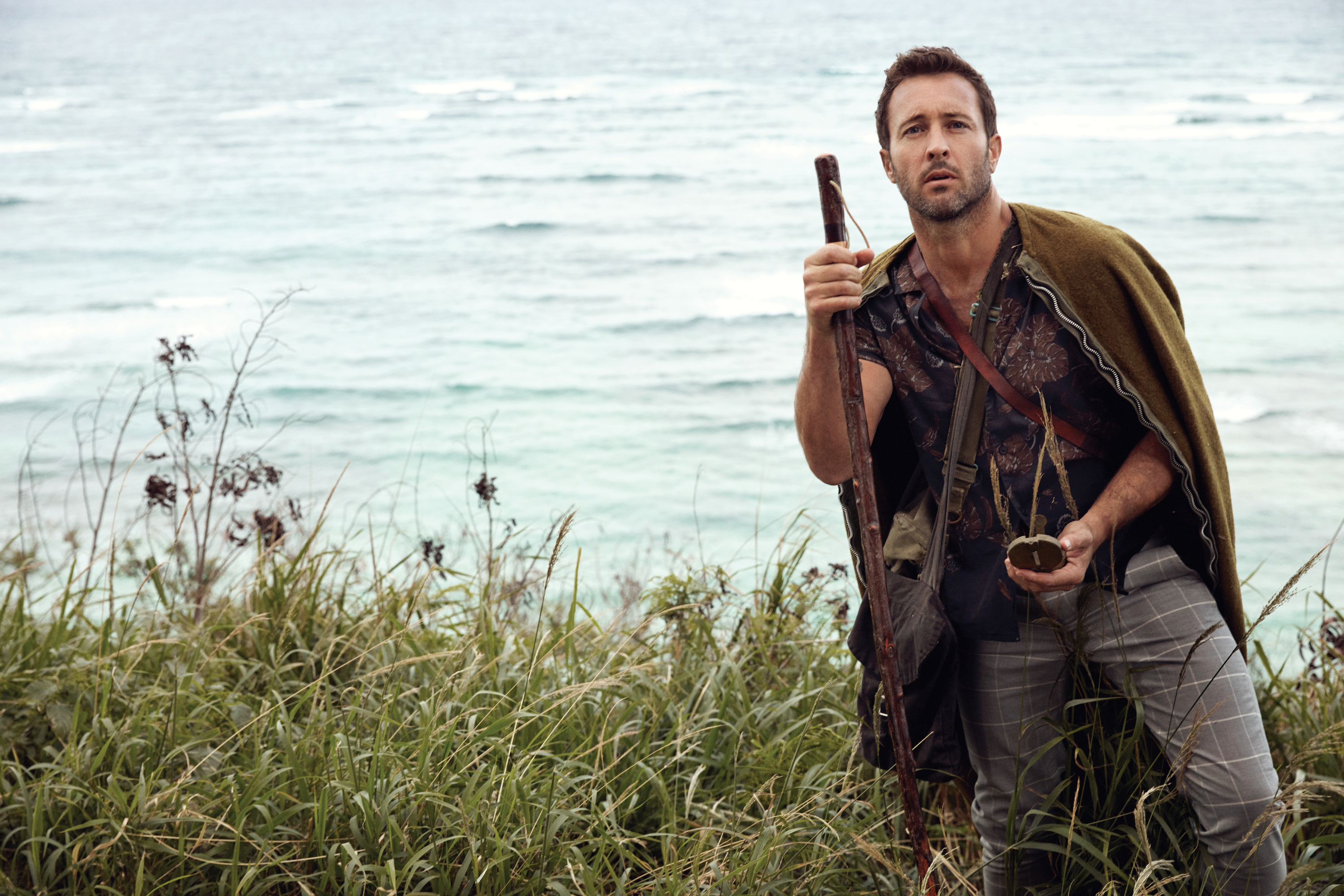 He picked up surfing after moving to Hawaii.

A few months after he moved to Hawaii, Alex picked up surfing. Perhaps this helped him win the heart of his wife, Malia, who used to be a professional surfer. 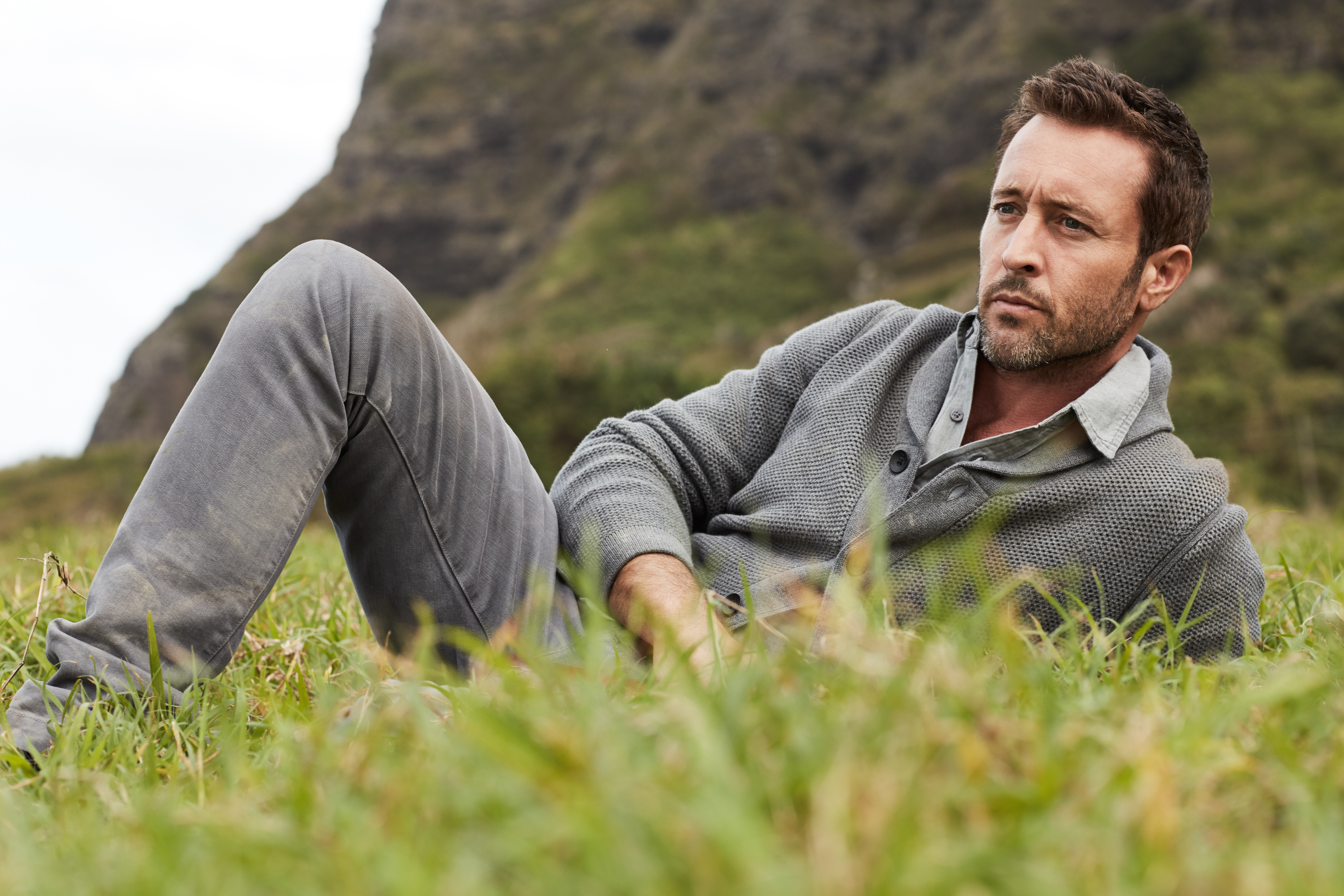 He has an appreciation for architecture.

A few years after he moved to Hawaii, Alex found a midcentury modern house with "spectacular bones" that he was eager to make his home. He recruited some friends from his native Australia to help rebuild the property. 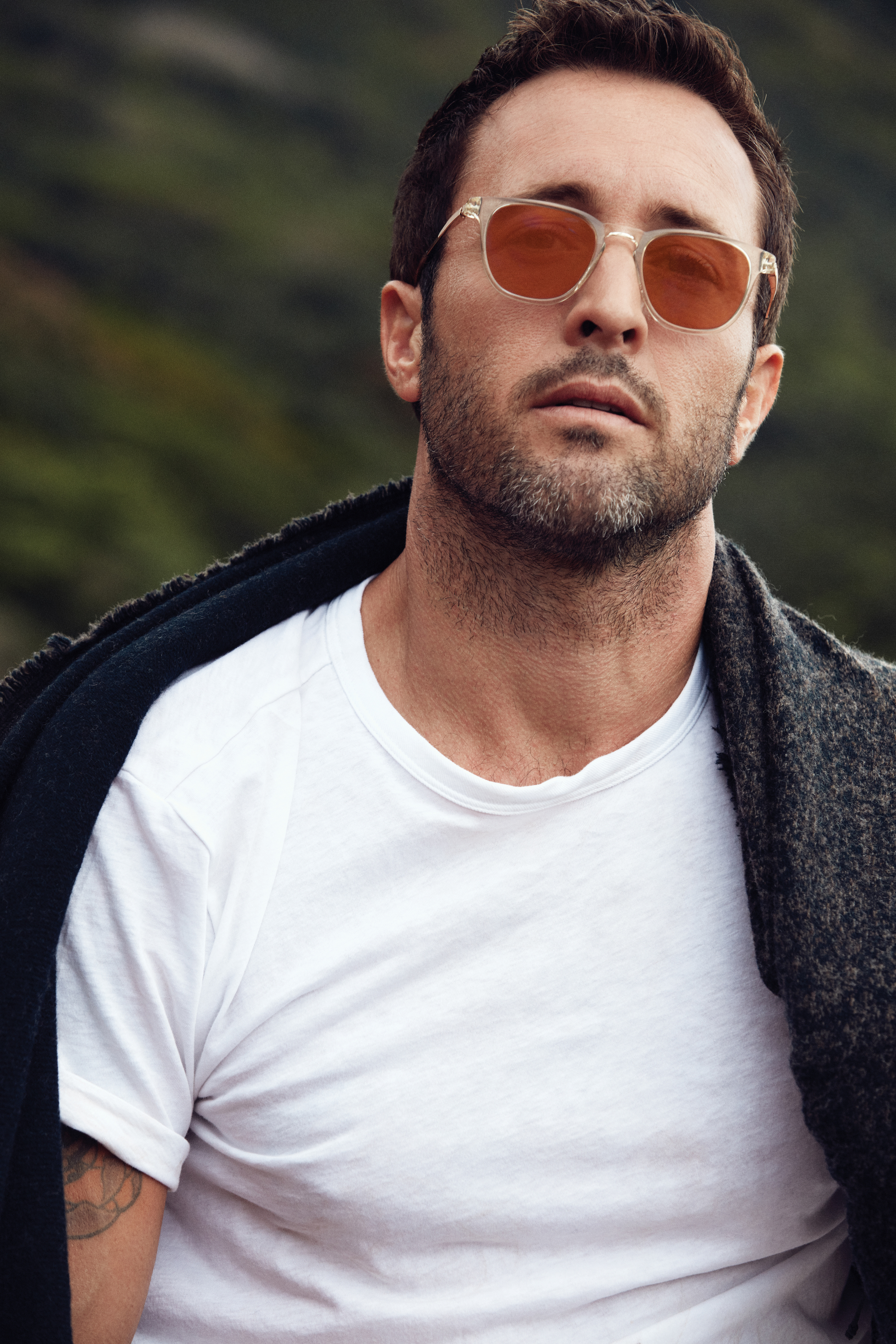 He never auditioned for Hawaii Five-0.

CBS knew the potential they had with Alex and offered him the lead role of the classic remake, no audition needed. 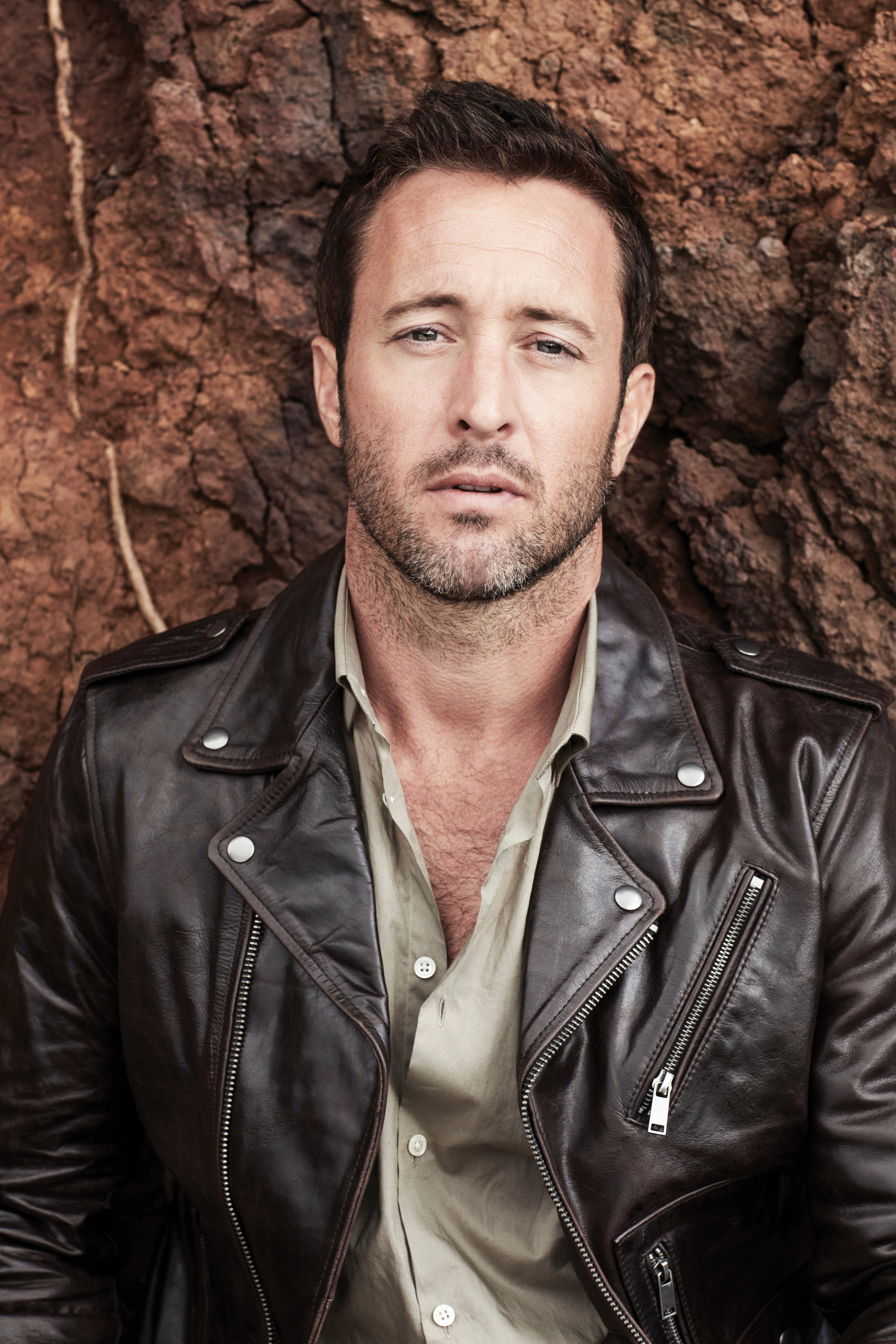 With an early career filled with uncertainty and dropped shows, Alex's road to success was rocky. He noted once in an interview how the early challenges in his career helped develop his perspective and understanding of the industry. 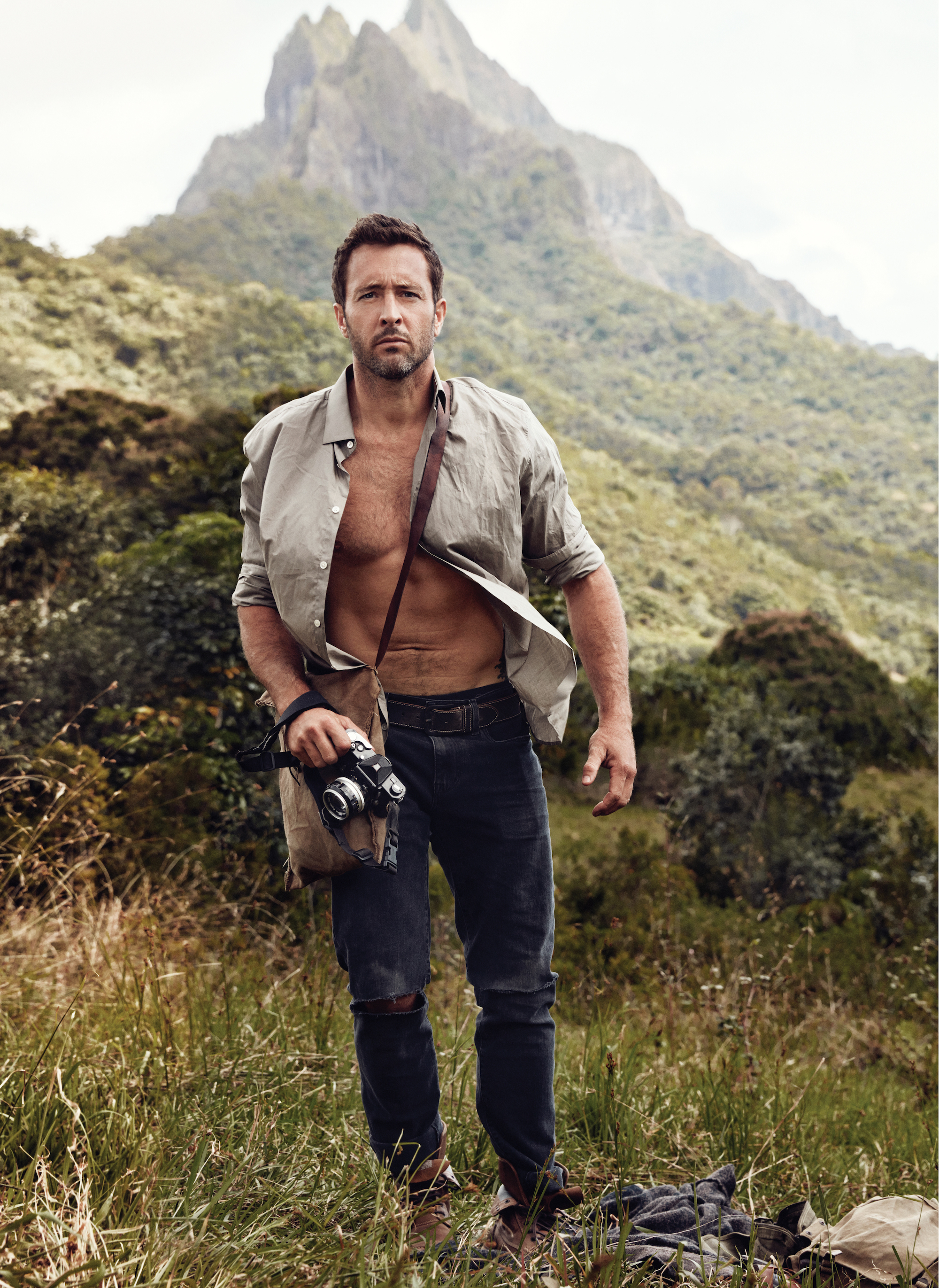 He's one half of a total power couple.

While Alex is busy commanding the screen as Steve McGarrett, his wife, Malia, combines her experiences as a former professional surfer and model into her work as a designer. 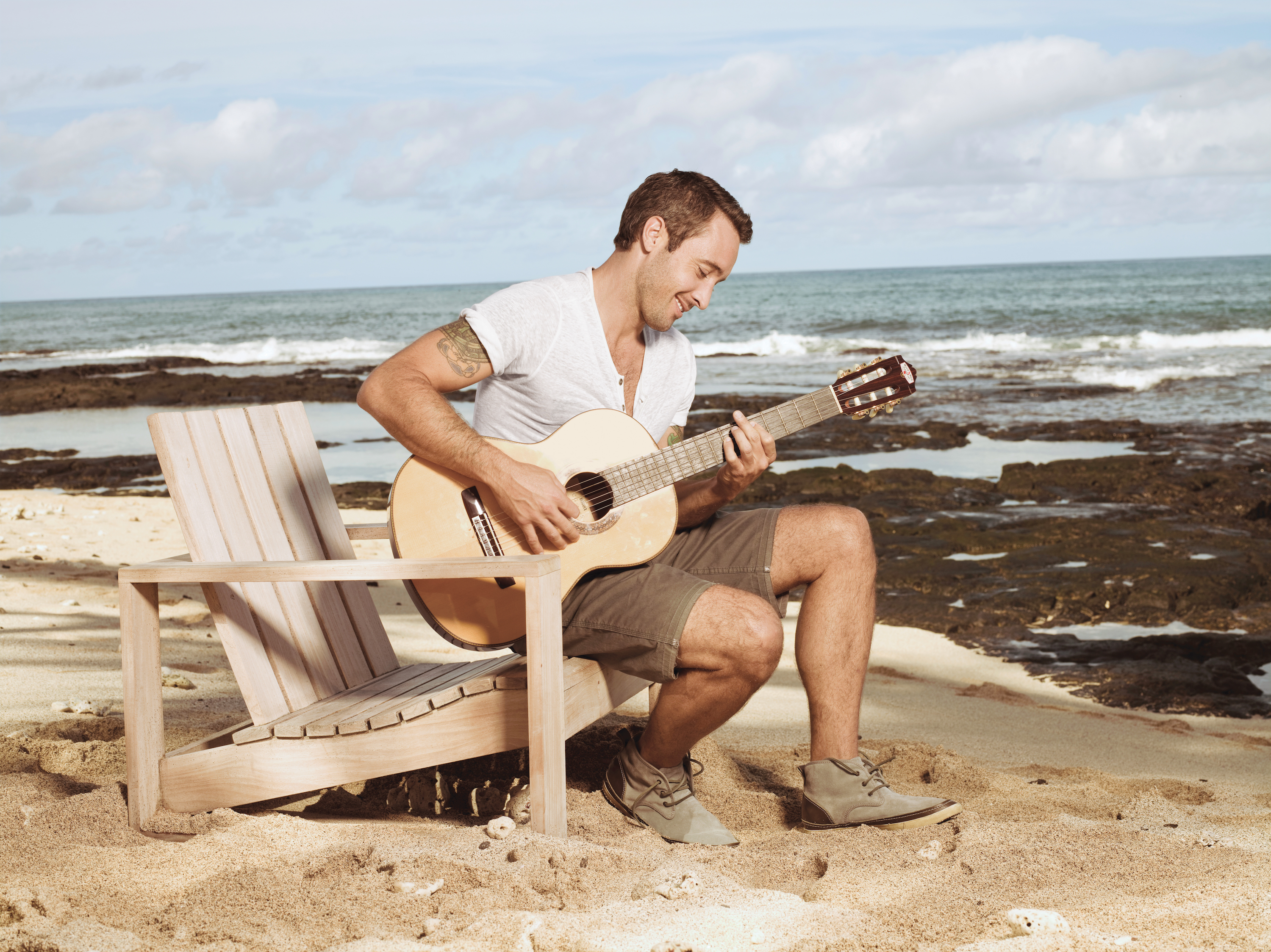 In his free time, Alex enjoys playing the guitar. He said in an interview that "it's a hobby for me, but I'm never alone if there's a guitar there."

Stream full episodes of Hawaii Five-0 on CBS All Access. 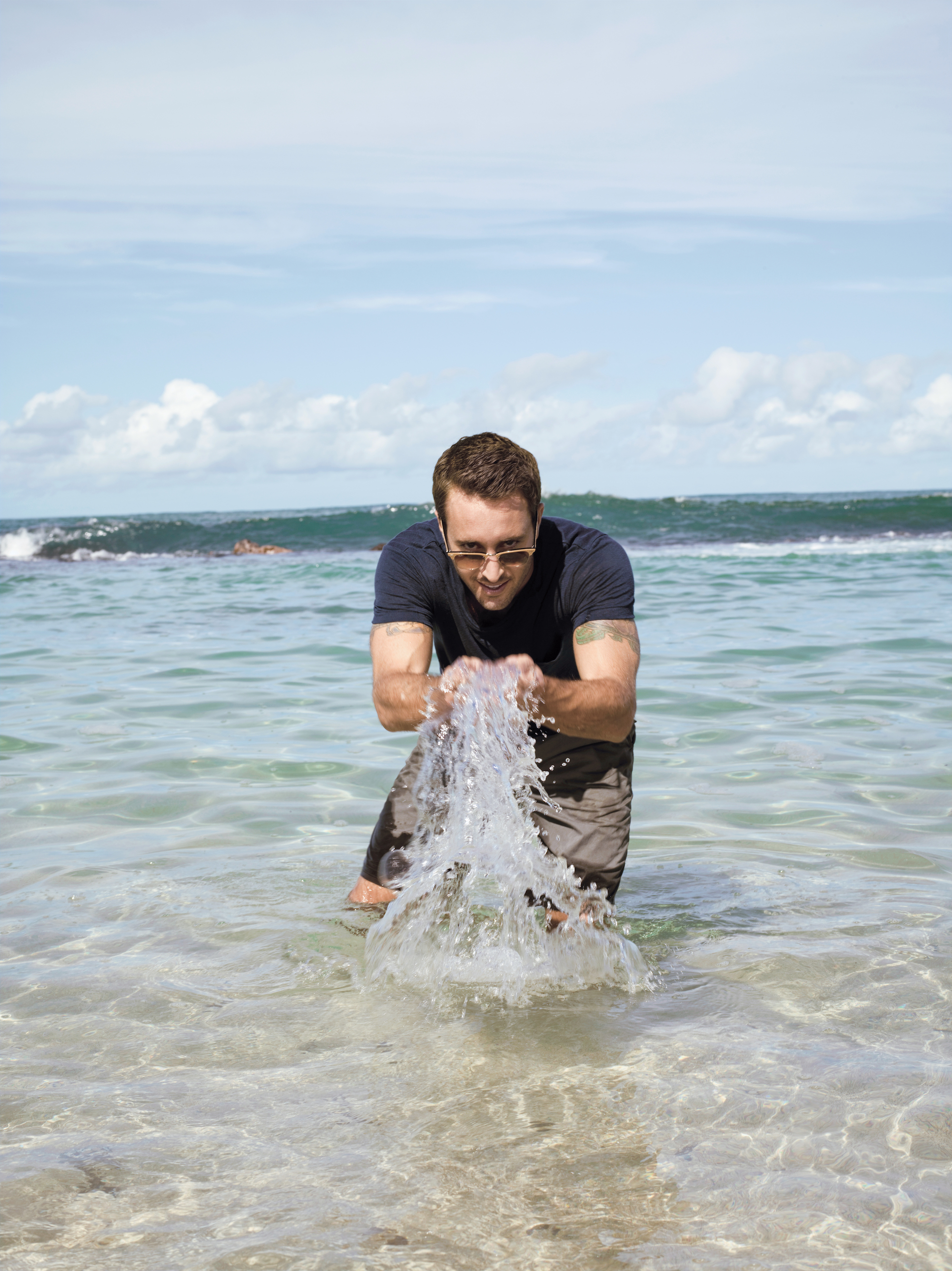 He starred in a vampire drama and we're #TeamAlex.

Before he played a decorated Naval officer-turned-cop in H50, Alex scored the role of a private investigator who also happened to be a vampire in the CBS drama Moonlight. He must have done a killer job in the role because, as he said in an interview, "vampire enthusiasts" still contact him. 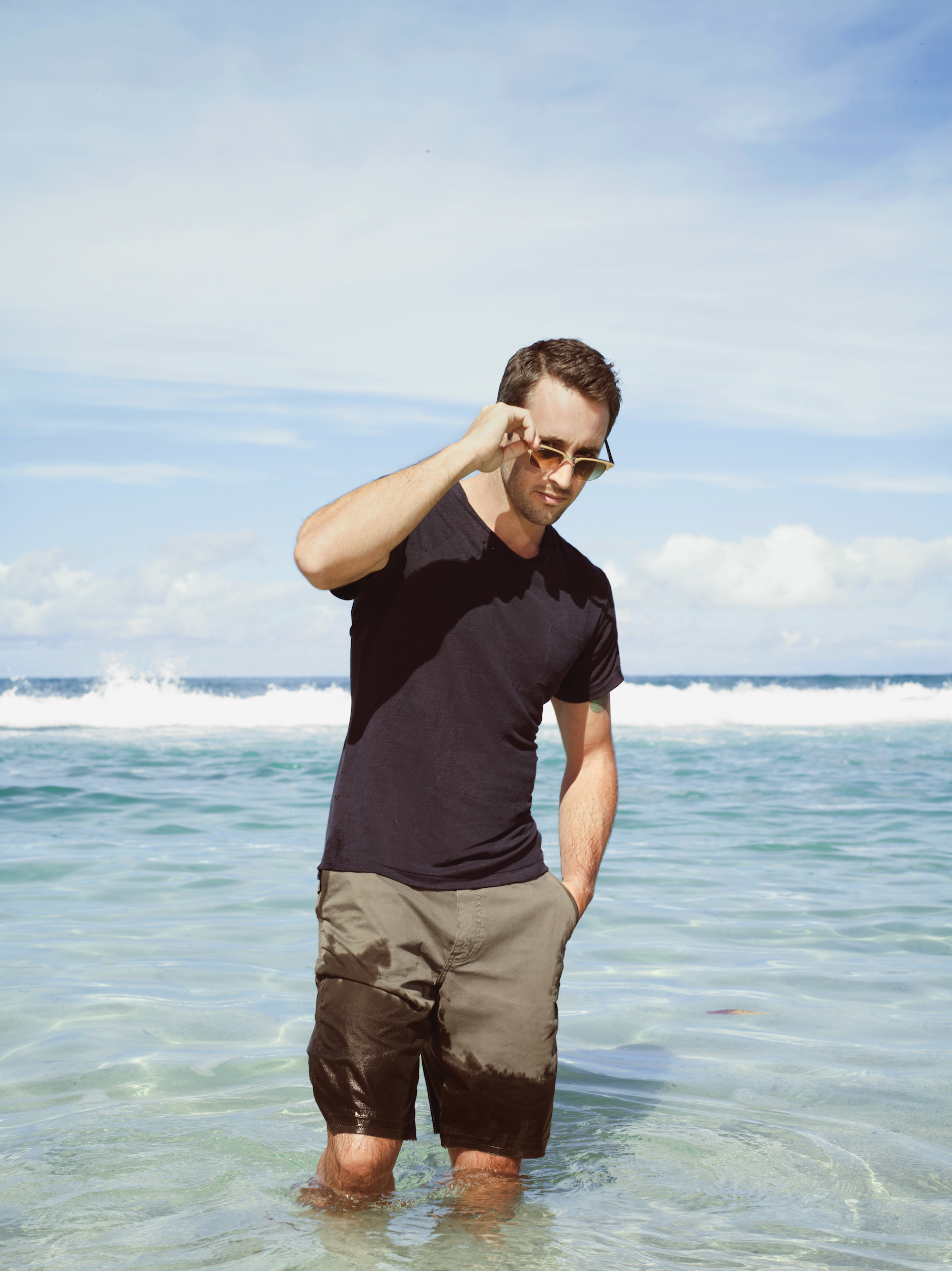 Before acting, he worked as a plumber.

As a teenager, Alex worked as an apprentice to a plumber. He has said "it was the worst job ever, so disgusting." 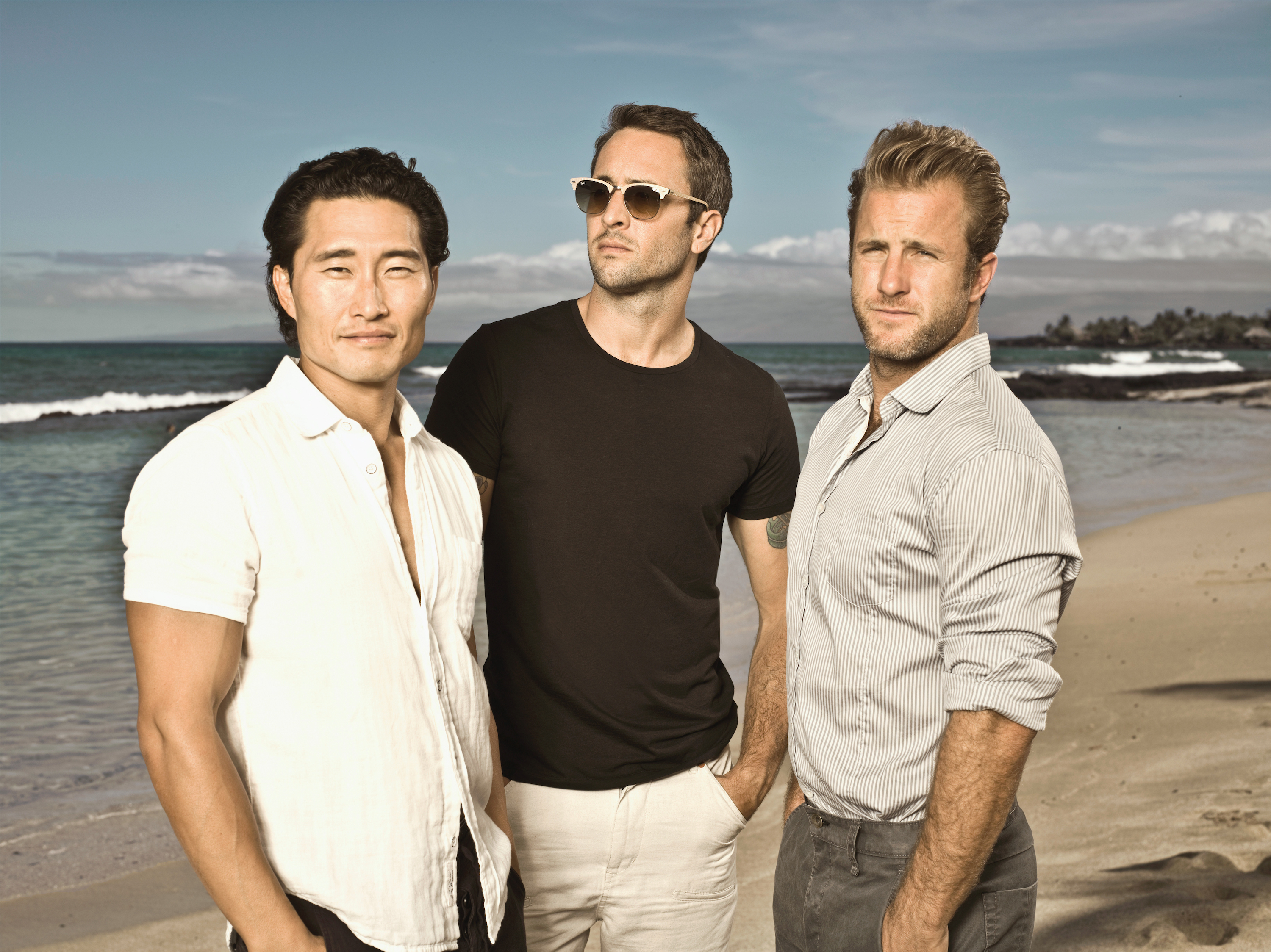 He picked up a new skill on CBS's "Three Rivers."

While playing a surgeon on Three Rivers, Alex learned how to create surgical knots from a real surgeon. "I'm quite proficient with that because I'm used to working with fishing line," he explained. 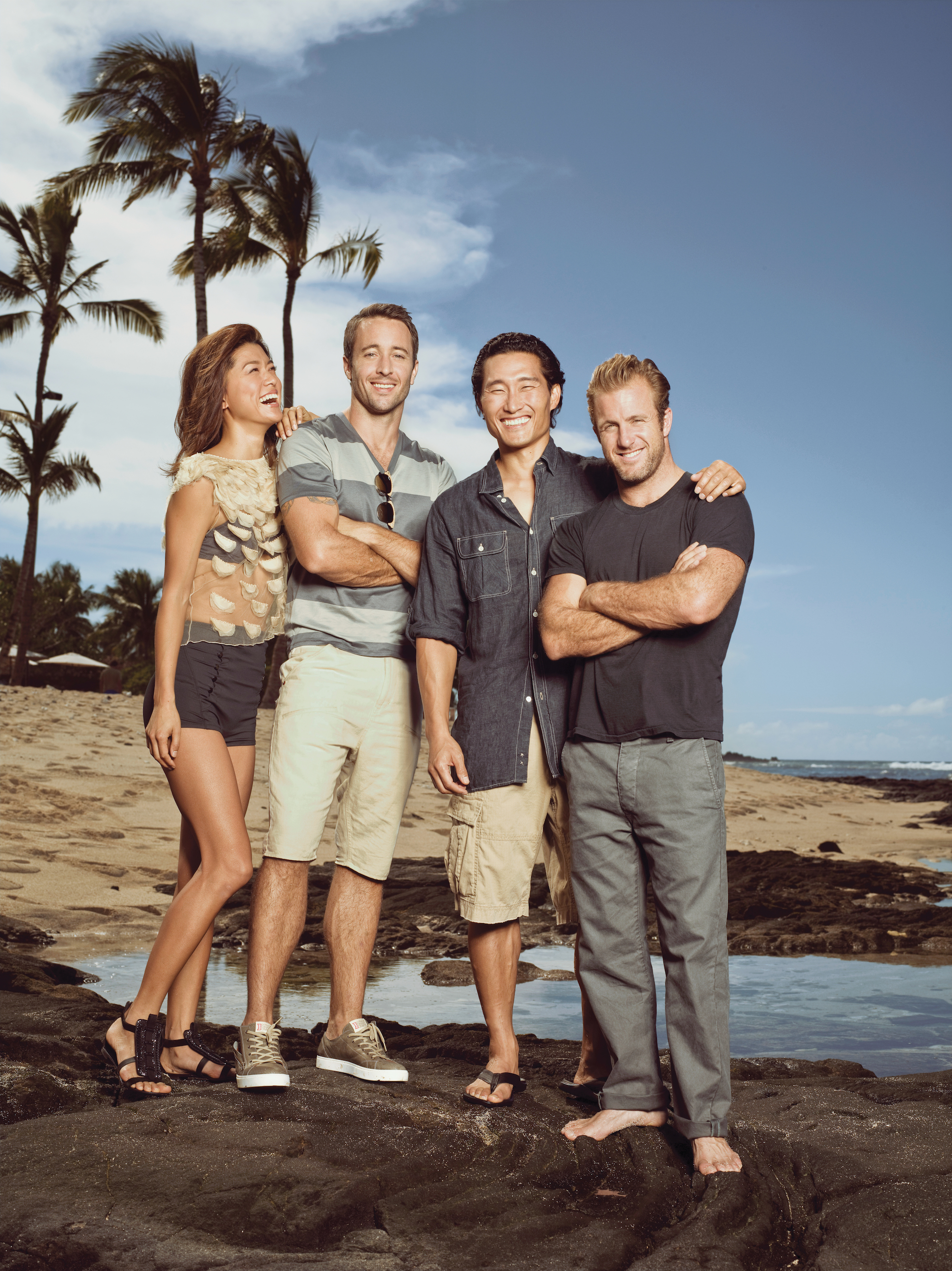 His acting career began on stage.

While we are familiar with him on TV, Alex actually began his acting career in Sydney theatre, appearing in plays by Anton Chekhov and Leo Tolstoy. 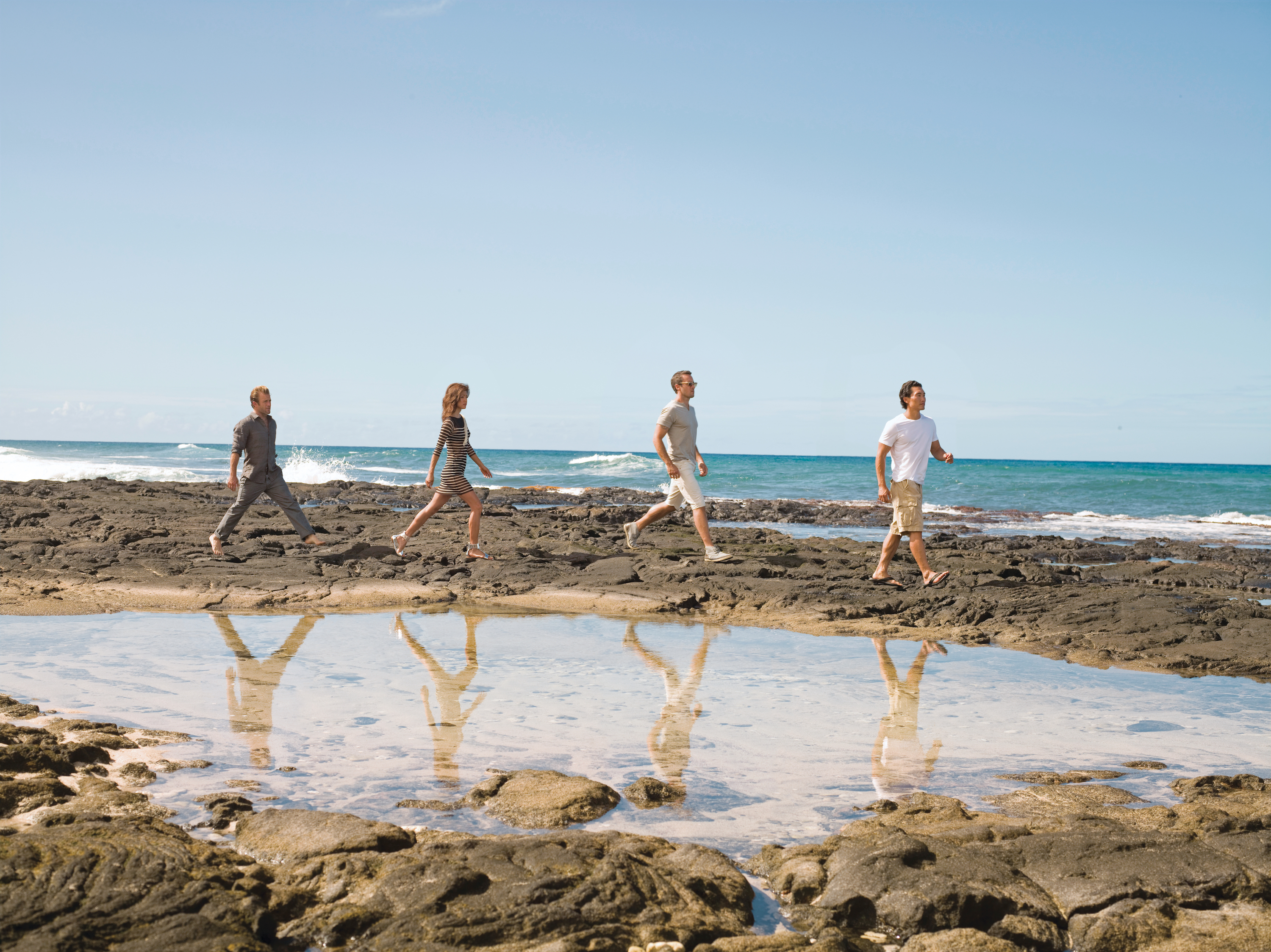 Alex works with Donate Life, a group whose mission is to educate the public on the importance of organ donation. 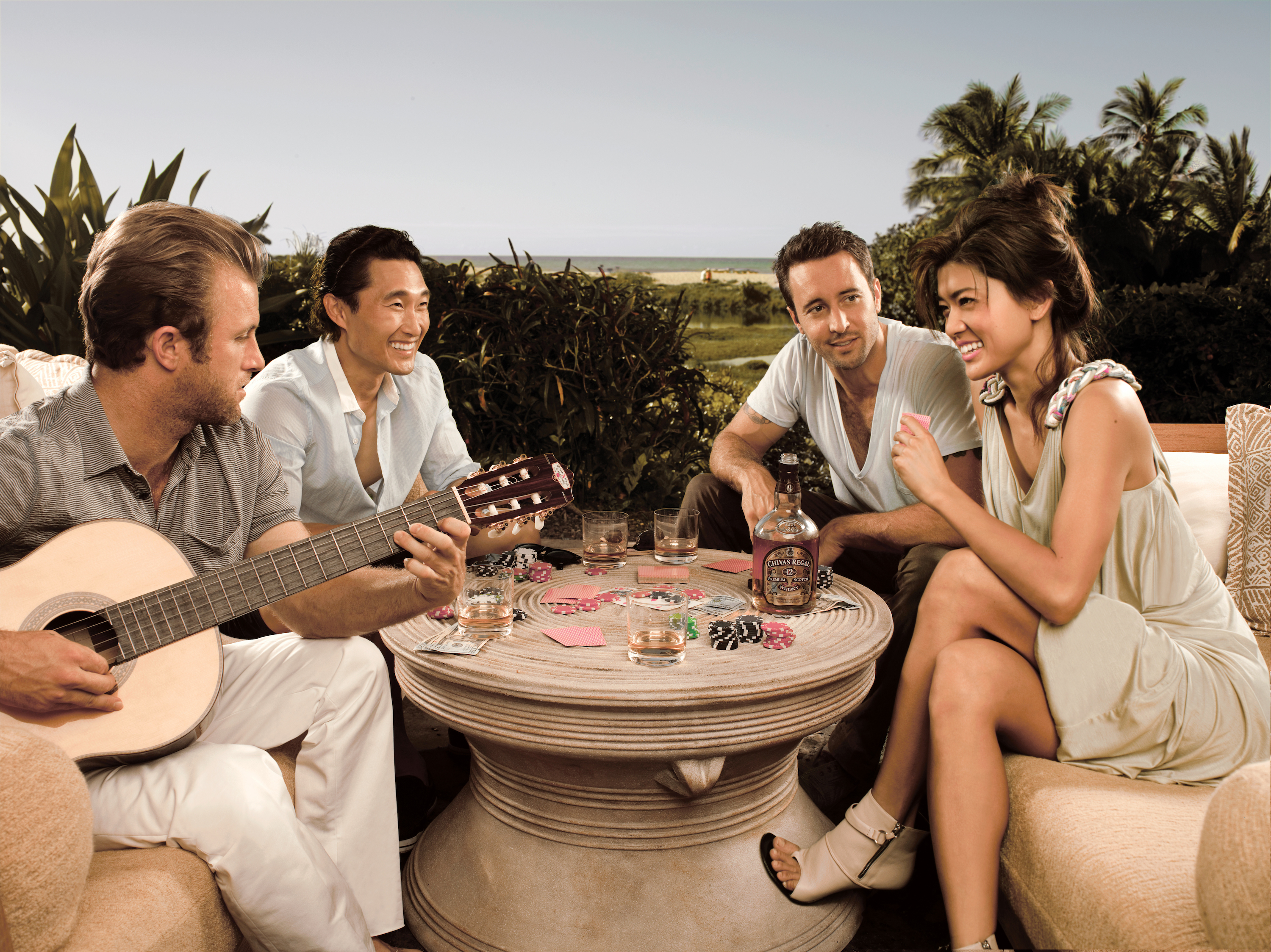 Literally. He and the entire Hawaii Five-0 cast have received traditional Hawaiian blessings. Additionally, Alex explained to Watch! that he's been blessed by the islands with a Hawaiian name. Neat!