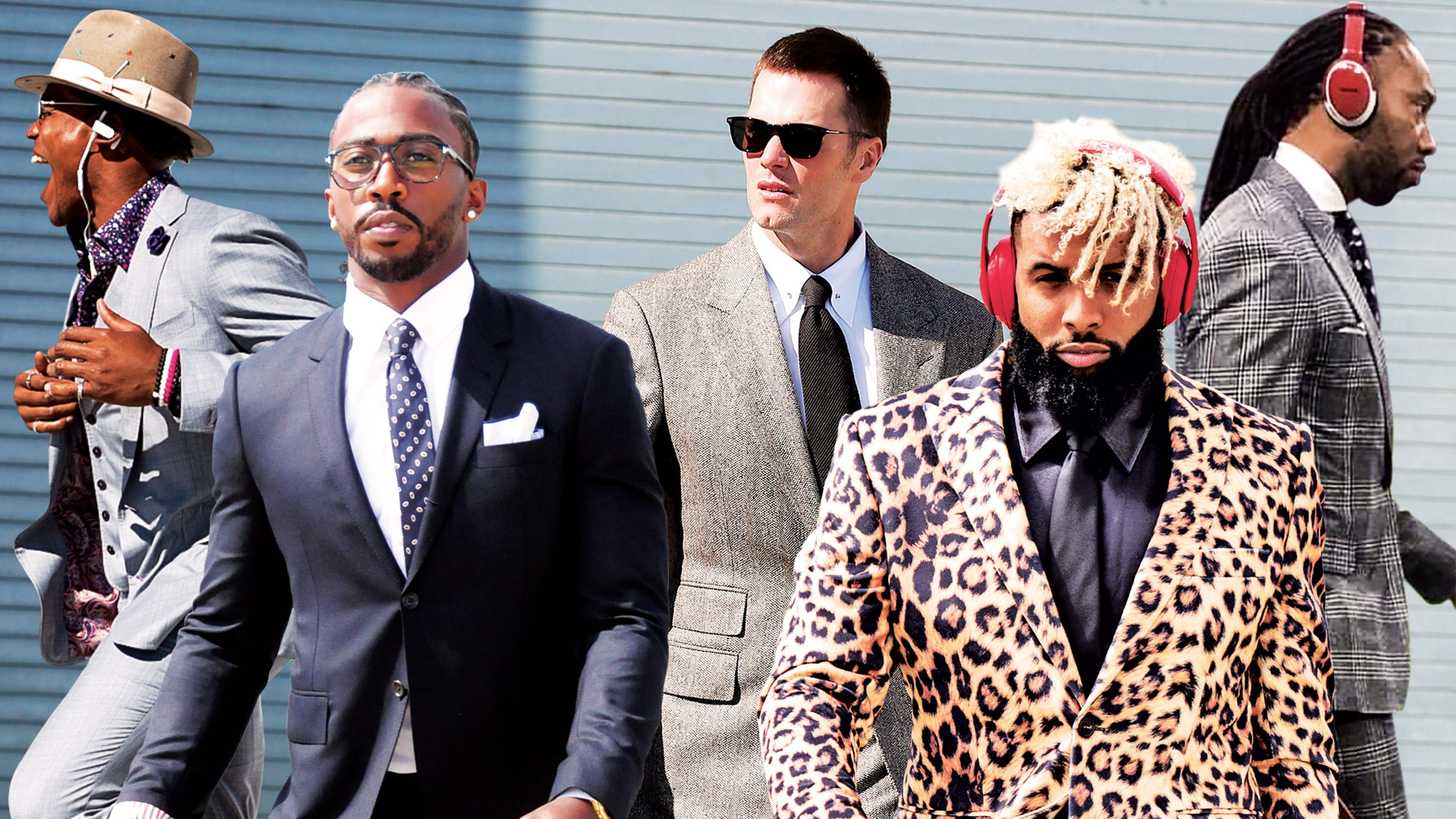 When football stars roll into town for a matchup, they dress for success.

On Feb. 7, many of the biggest NFL players will be in Tampa Bay for Super Bowl LV—and they will bring their fashion A-game! Whether playing to win the field, attending The 10th Annual NFL Honors, or joining in the revelry of the Big Game, we're sure Florida is about to get even hotter.

Watch chatted with stylists Chandra Ferrer and Dex Robinson for their take on some of the most fashionable players in the league. Scroll through to see who made the cut.

Watch The 10th Annual NFL Honors on Saturday, Feb. 6 at 9 PM ET/PT on CBS and CBS All Access. 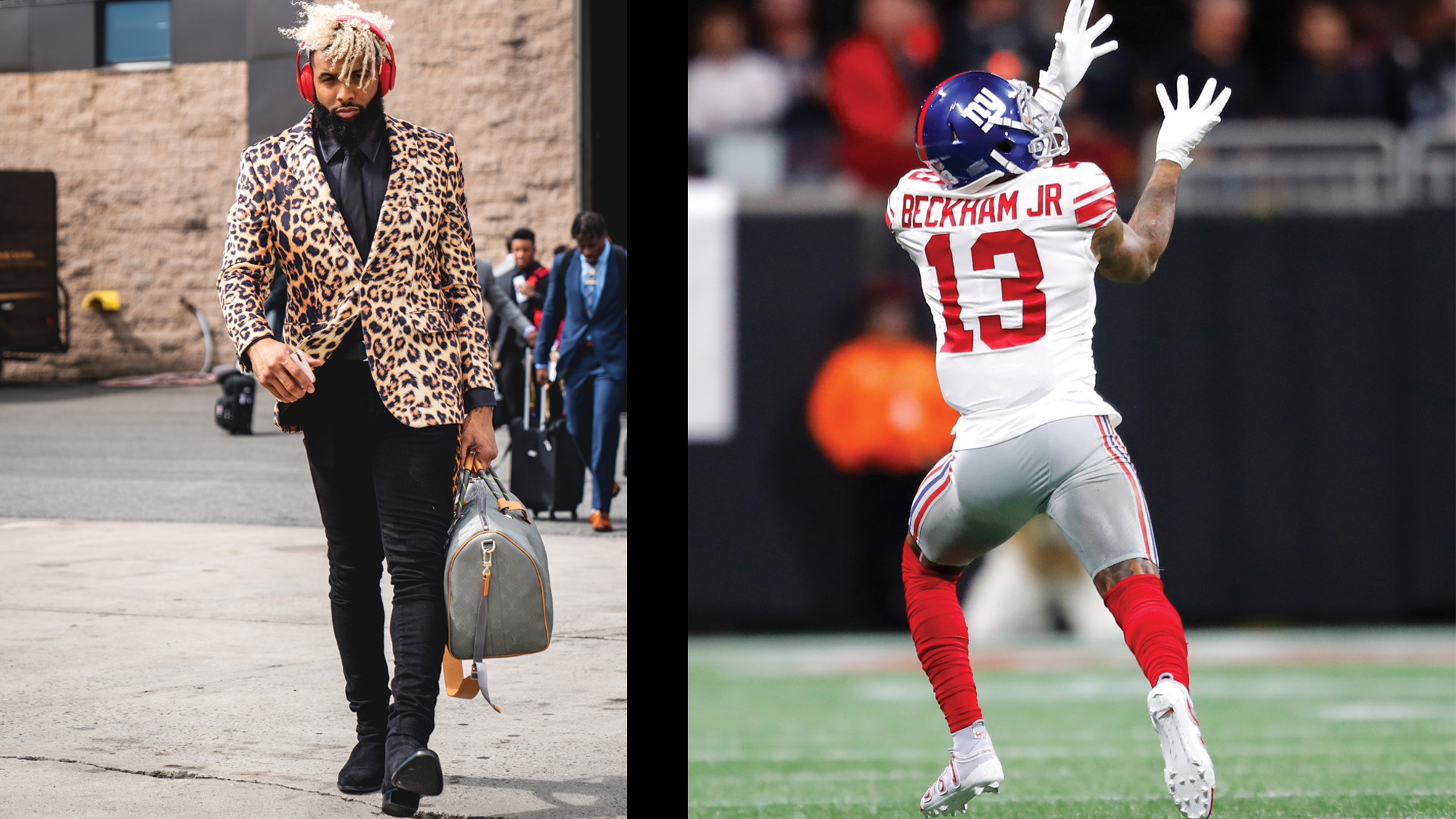 Spotted! ODB rocking the leopard-print jacket trend with this $600 Babou velvet jacket from Slam Jam Socialism, paired with jeans. "The guys are into animal prints lately," says stylist Chandra Ferrer (who did not style this look). "This blazer is a great shade of leopard, and I love the pop of red headphones—leopard and red look so good together." 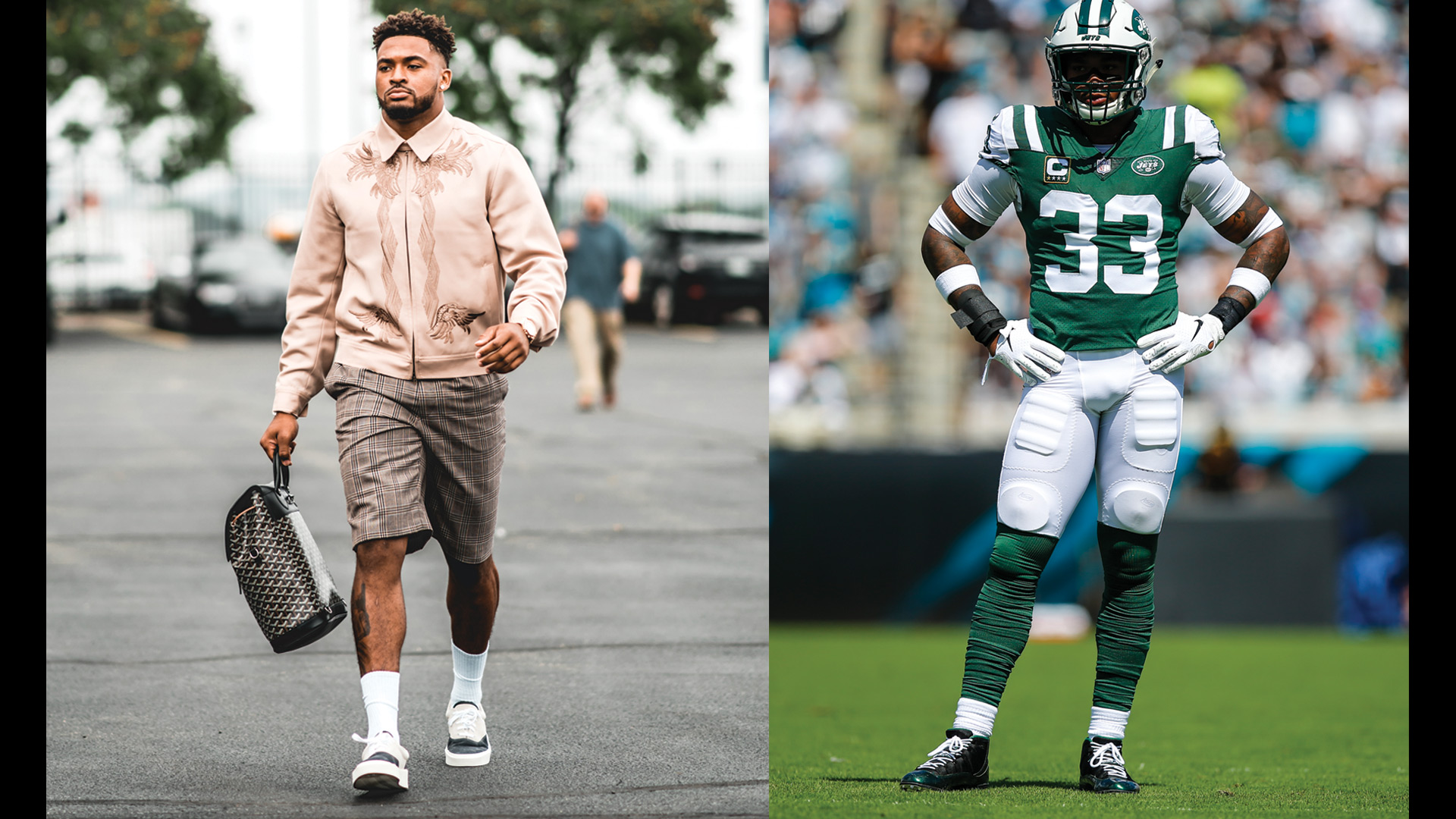 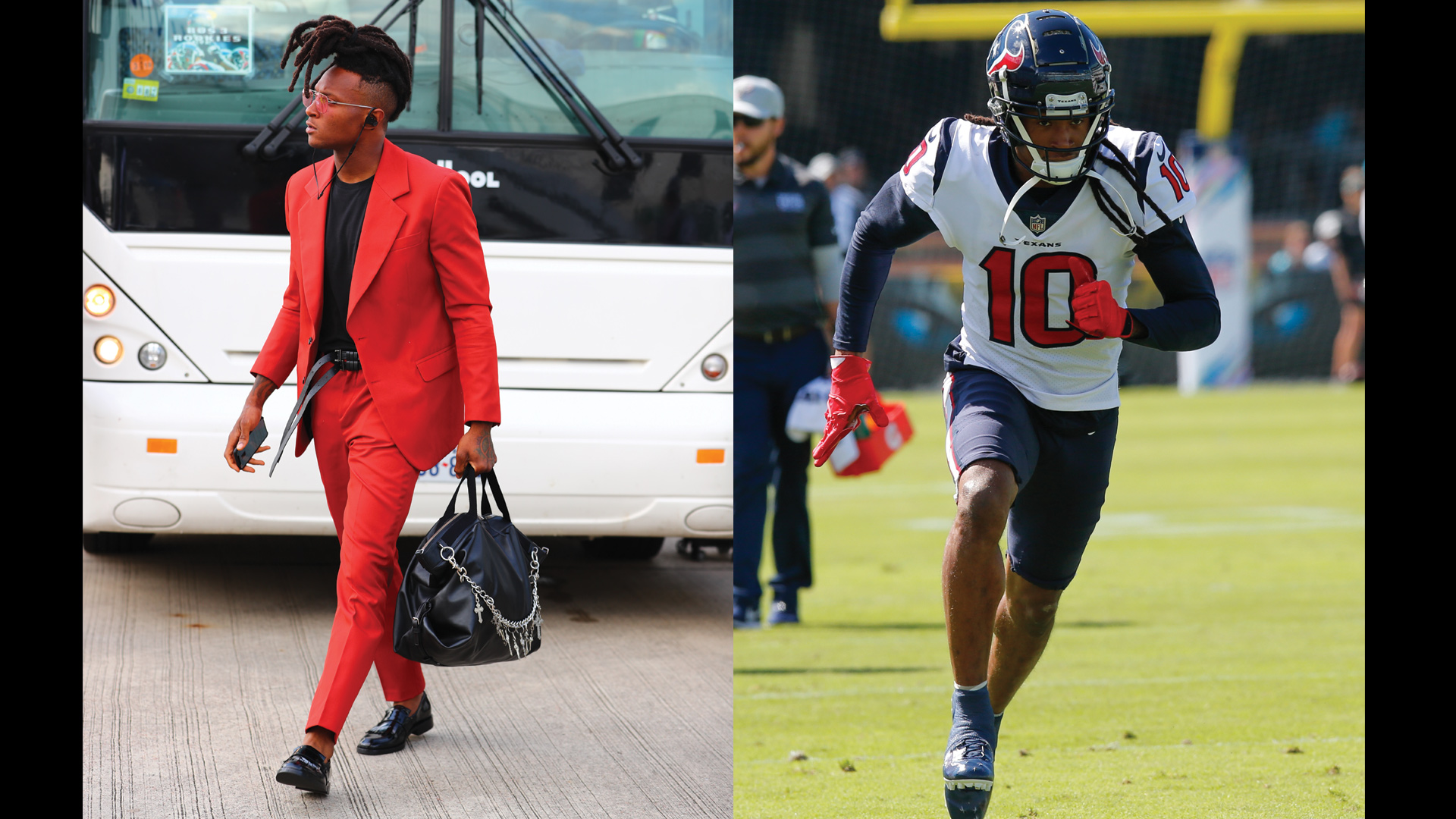 "Nuk" is better off red in a $930 Acne Studios blazer and pants, $575 Mykita aviator sunglasses, $1,080 Givenchy fringed loafers, and Saint Laurent bag with a Martine Ali chain. "These guys already have all the traditional suits, so they want fun hues now," says Chandra Ferrer of his look. "I love this rich red because it complements a lot of colors. And the way DeAndre Hopkins pairs it with the funky belt and aviators—very nice." 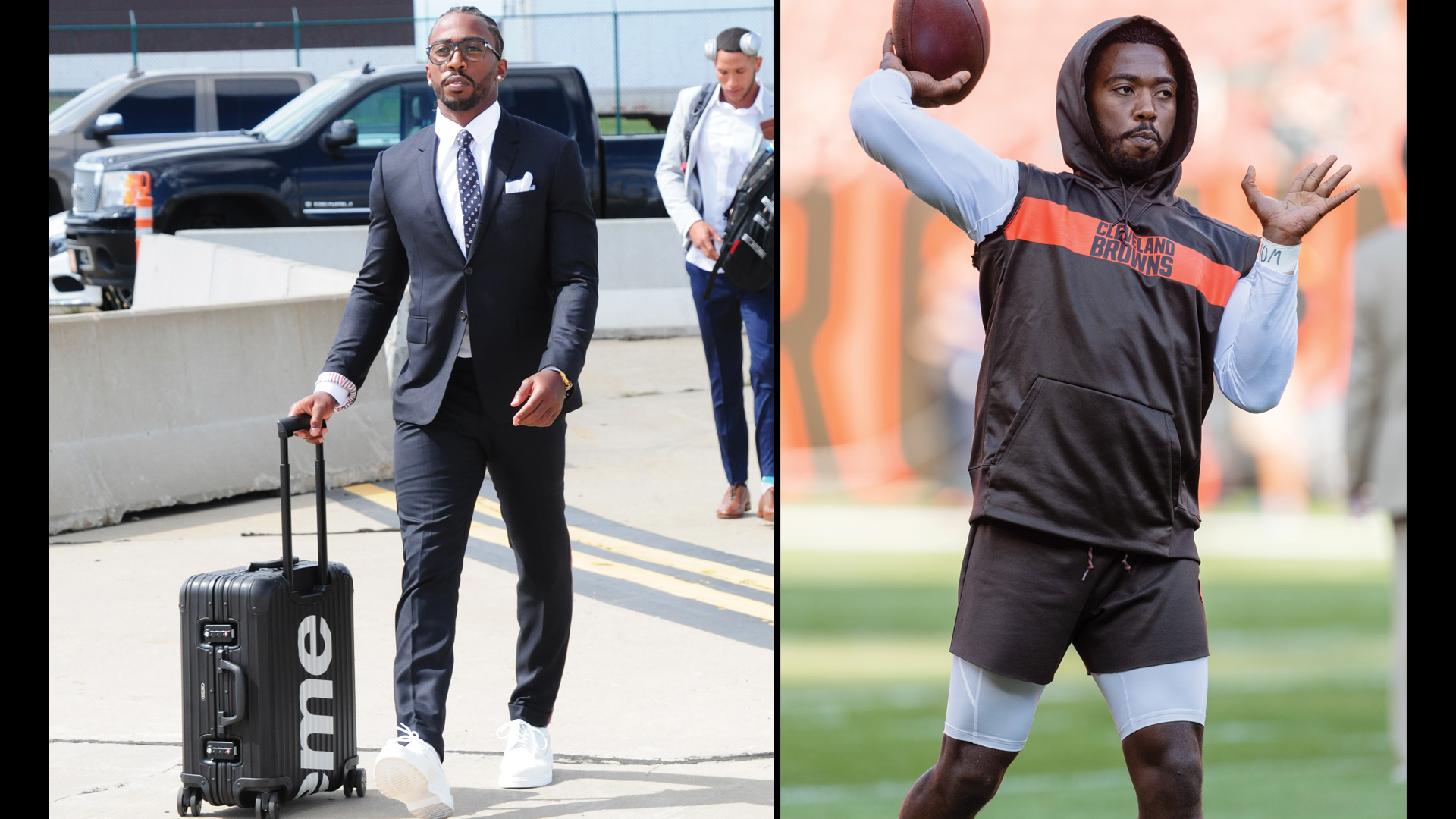 "The navy suit looks simple at first glance, but it's got the signature Thom Browne stripe down the back," says Tyrod Taylor's stylist Dex Robinson of this $2,500 suit, which he paired with a $225 Valentino tie, $120 Dr. Martens shoes, and a $1,600 Supreme x Rimowa suitcase. "We added the bright white brogue shoes to make the suit seem a little hipper, and to mimic the white Supreme logo on his bag." 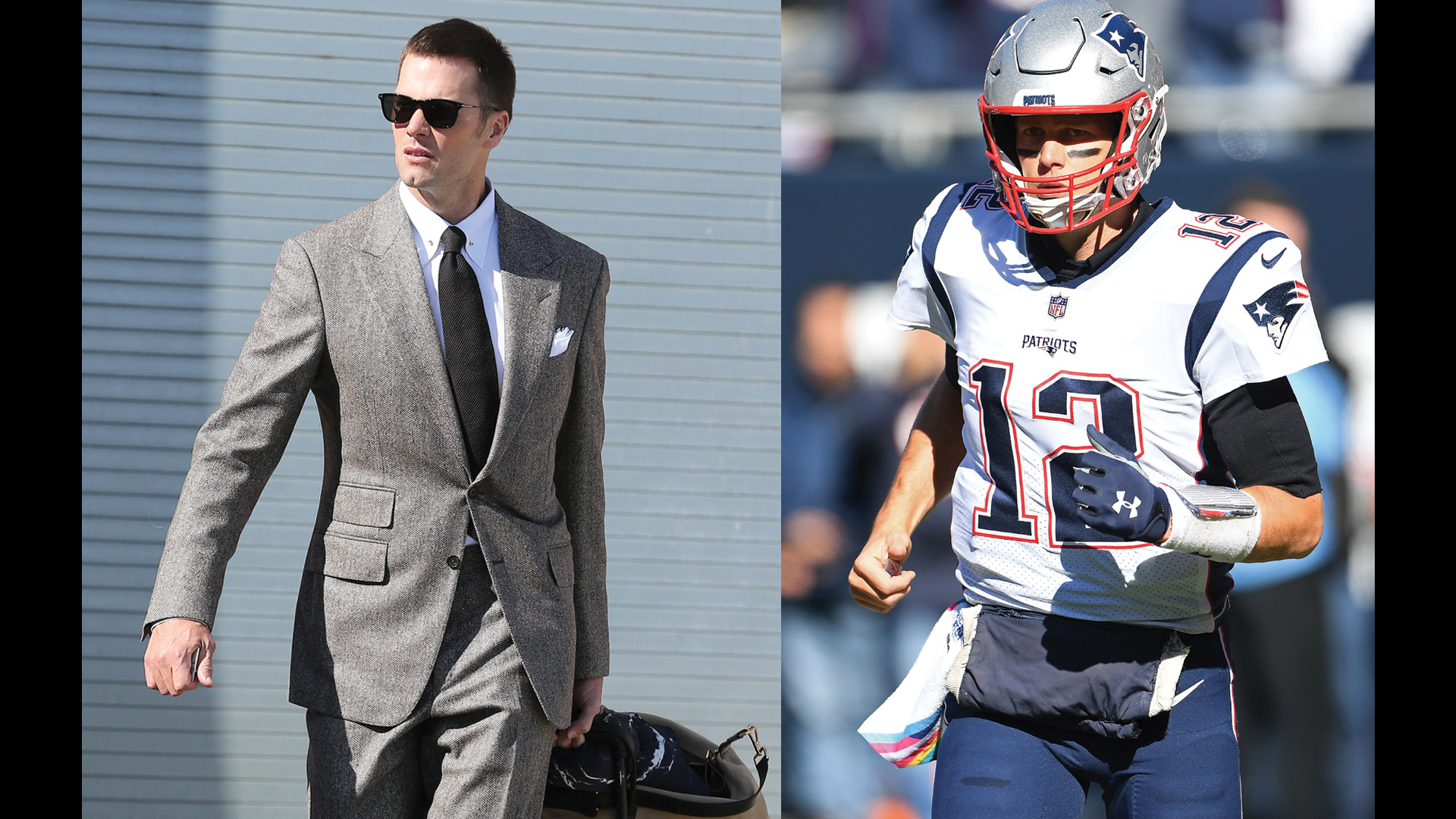 "You can't go wrong with classic Tom Ford, and Tom Brady does classic better than anyone," says Chandra Ferrer of the quarterback's head-to-toe Tom Ford look: a custom $3,850 Windsor Base peak lapel two-piece suit, a $350 tie, a $180 pocket square, and the designer's $415 Arnaud sunglasses. 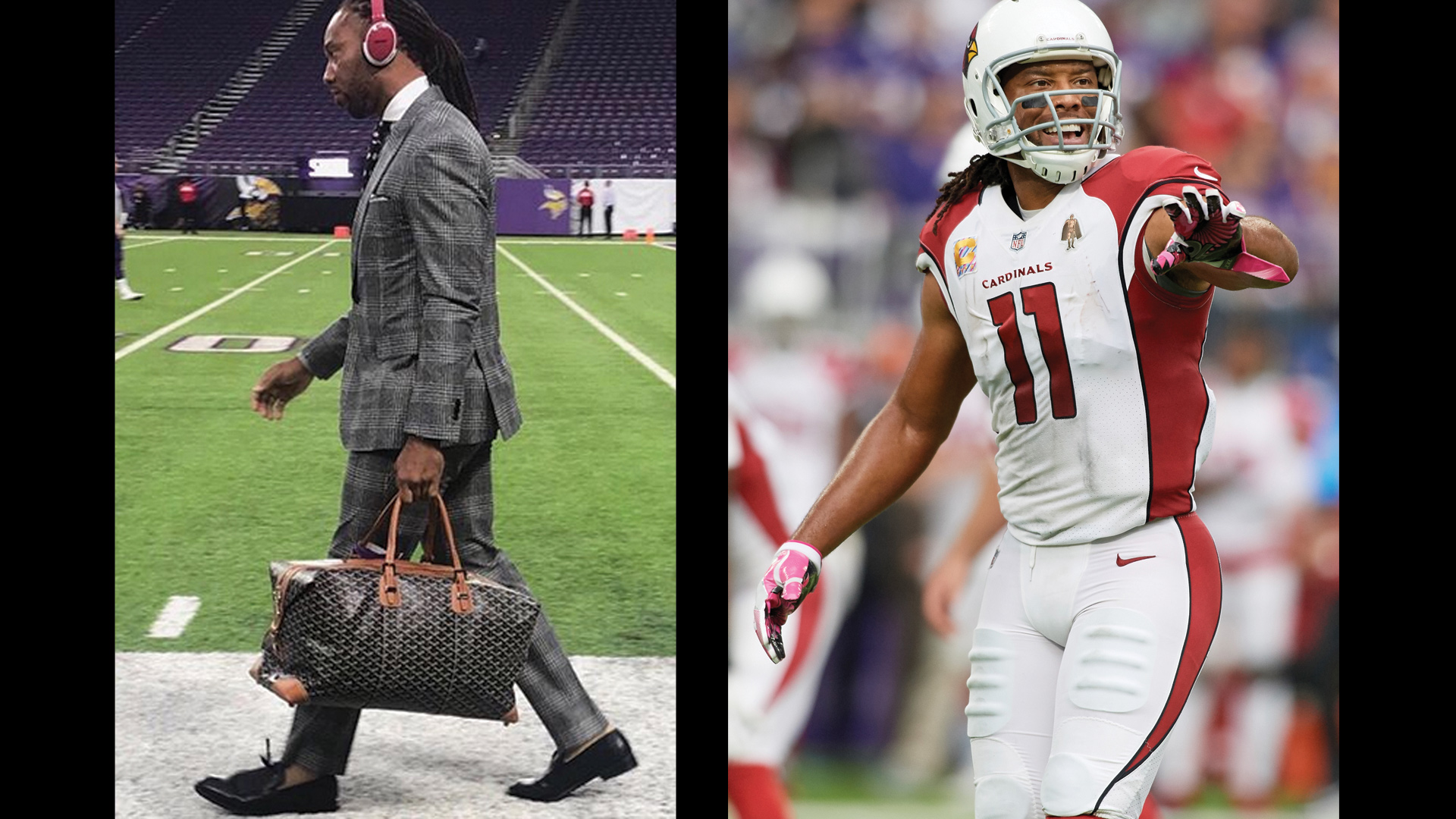 "Larry Fitzgerald likes classic colors, so we bring in patterns to give his suits a cool, unique vibe," says Chandra Ferrer of her client, for whom she made this custom Prince of Wales check design (prices for Ferrer's suits start at $1,895). She added a $260 Tom Ford necktie, Salvatore Ferragamo loafers, and a $4,500 Goyard duffel. 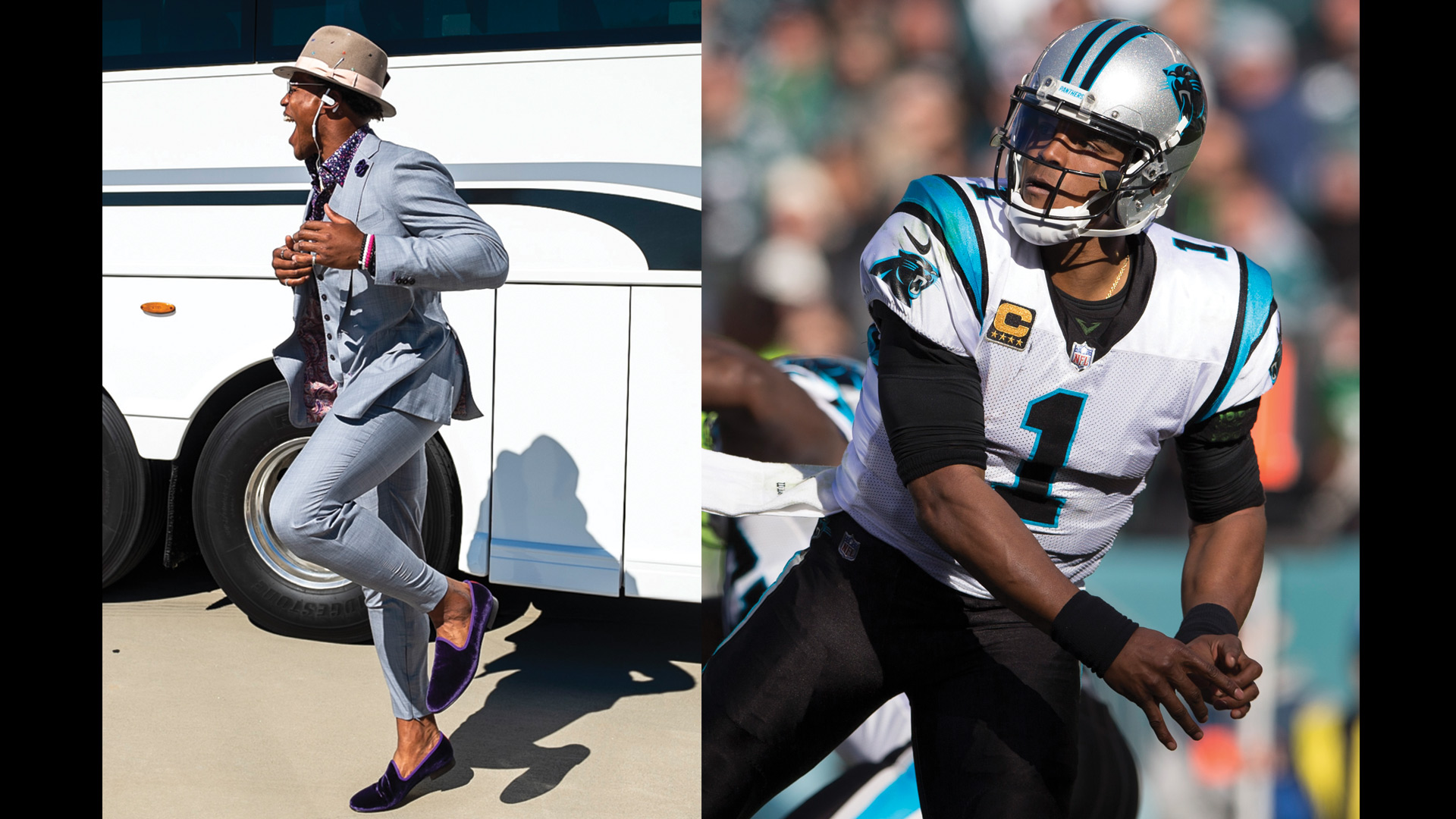 The quarterback's $1,800 Meshika Special Drip fedora with star stitching—made of beaver felt—was designed in his honor. "Cam Newton carries his style with such confidence, and that's what it's all about," says Dex Robinson. 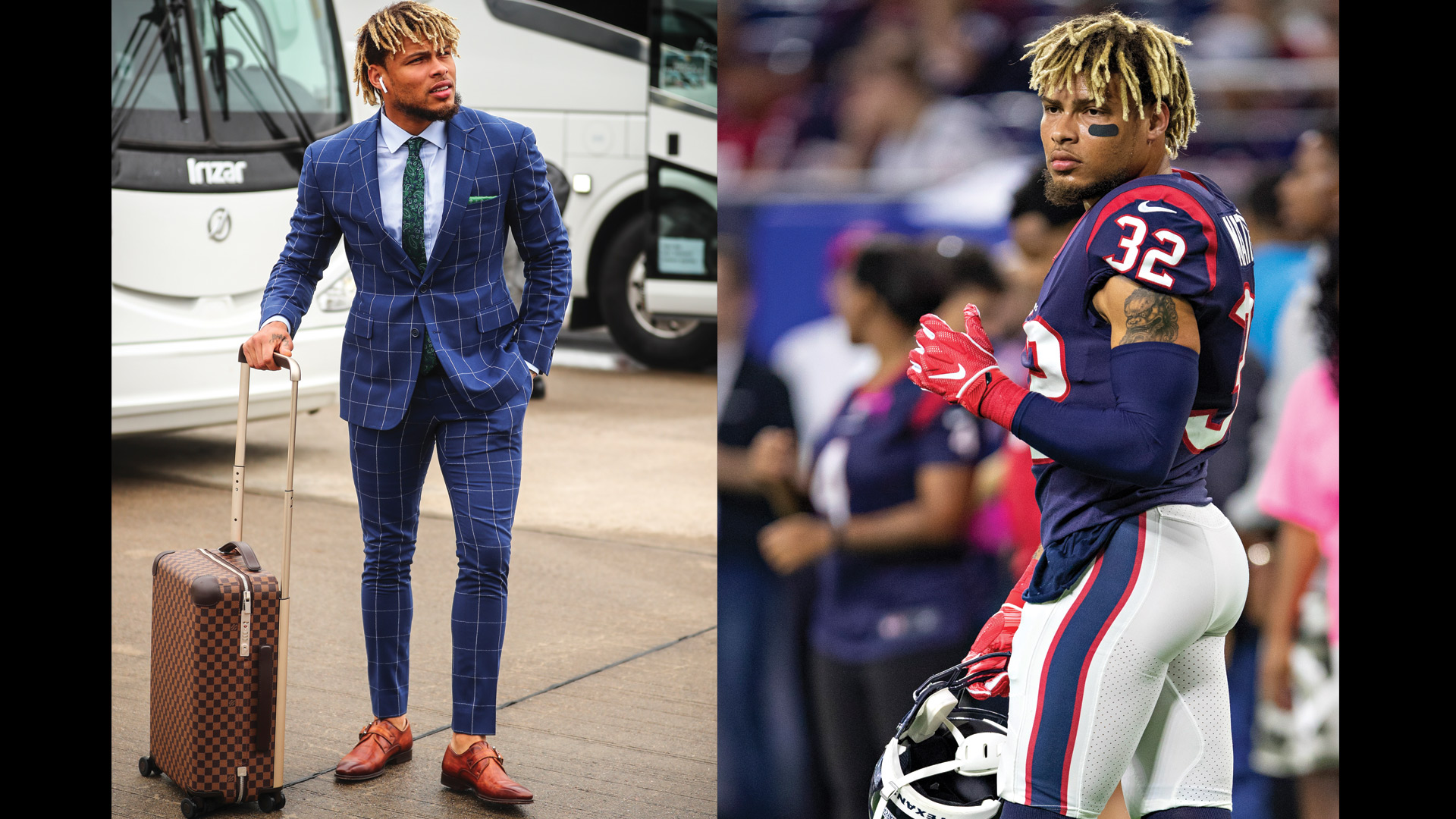 Chandra Ferrer custom-designed this entire look—minus the $3,250 Louis Vuitton Horizon suitcase—using a plaid suit fabric from Milan. "Tyrann Mathieu likes to get creative, and this was a special, brighter way to do a blue suit," she says.

Watch The 10th Annual NFL Honors on Saturday, Feb. 6 at 9 PM ET/PT on CBS and CBS All Access.