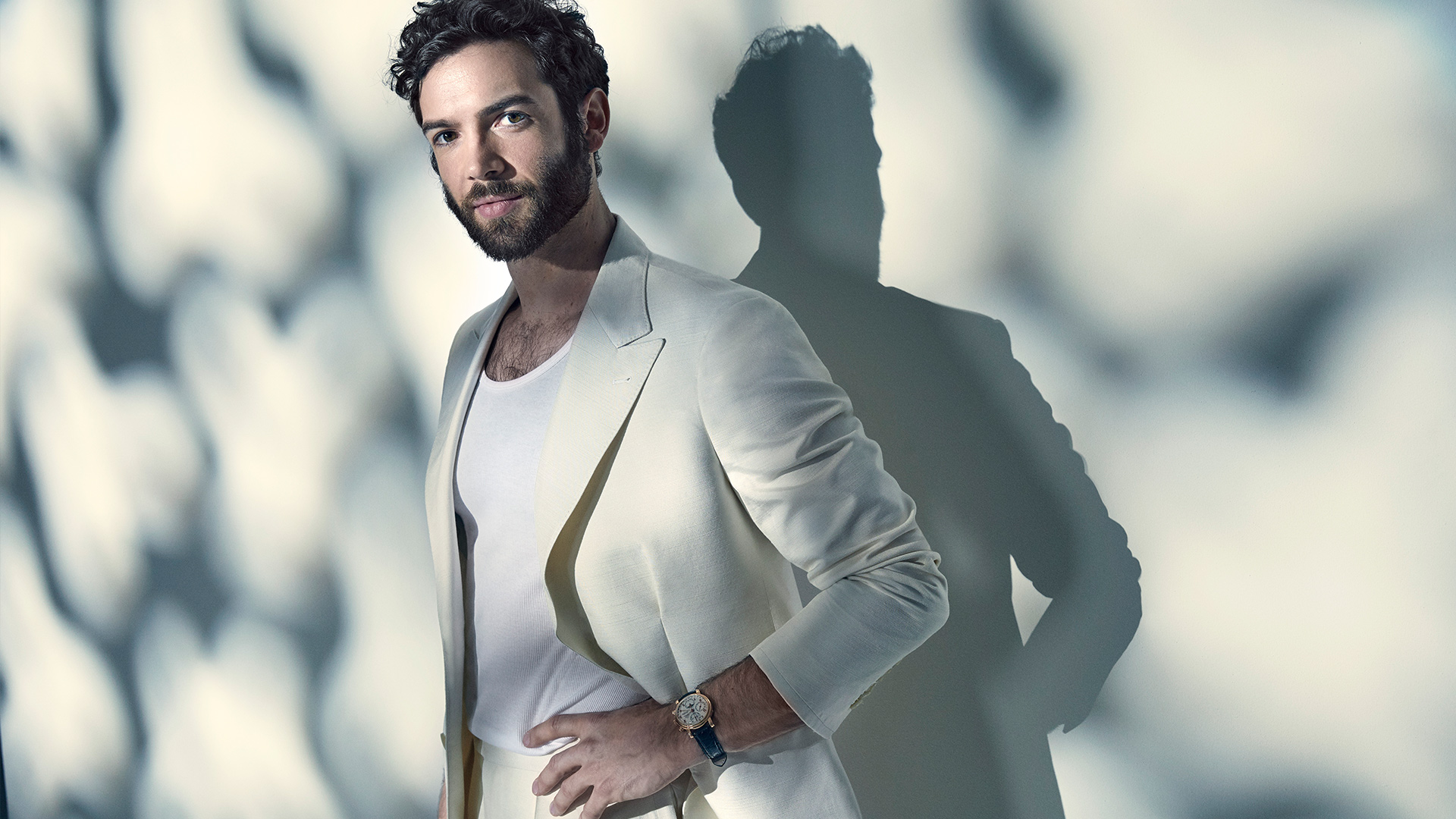 Get in a Vulcan mind meld with Star Trek: Discovery's enterprising—and out-of-this-world—Ethan Peck. Scroll through to check out these fun spring fashion photos of the hot new Spock styled by Sasha Charnin Morrison and captured by Matthias Clamer—including bonus images.

Pick up the March-April 2019 issue of Watch! to discover more about Ethan Peck, on newsstands now! 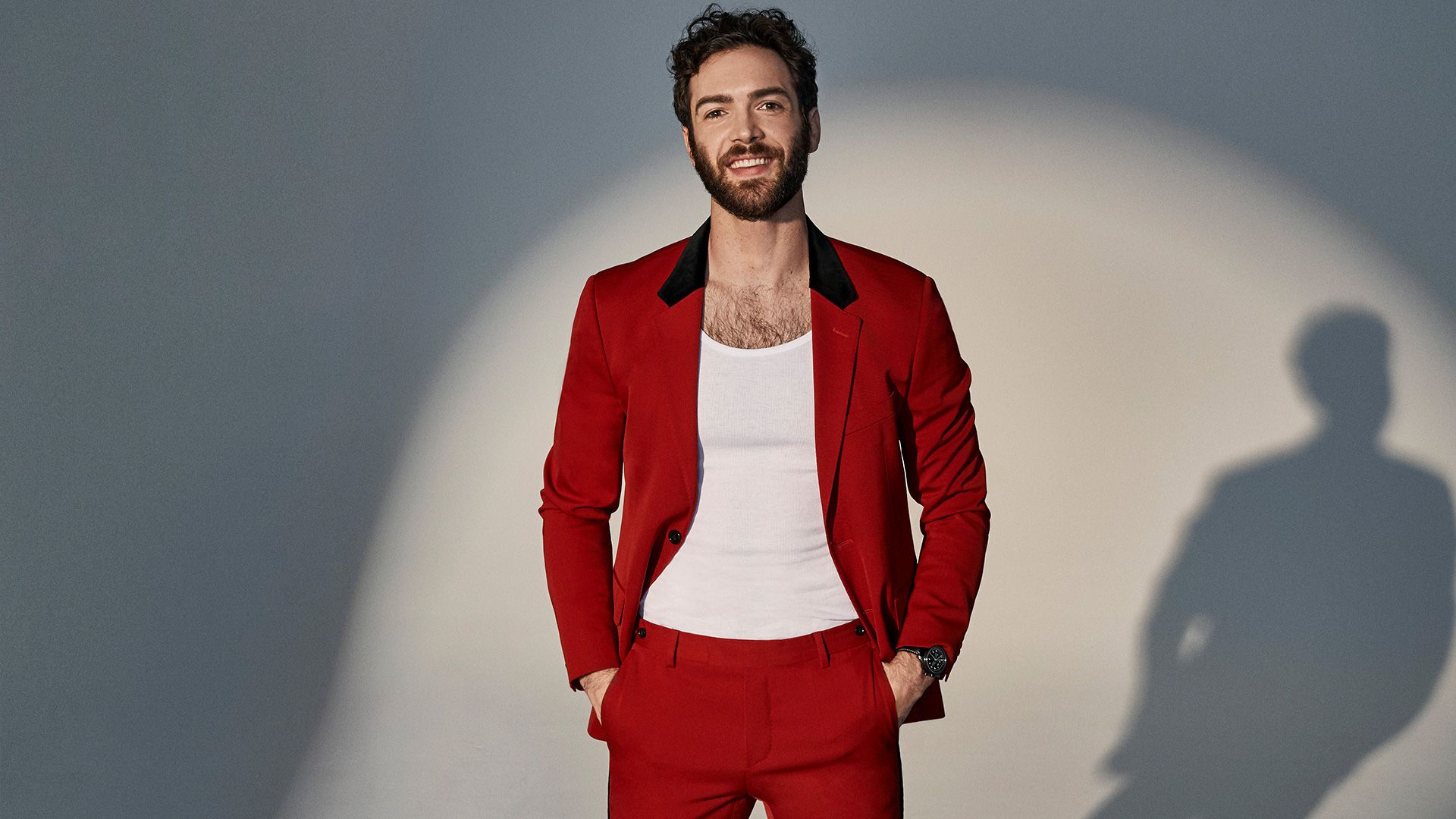 Ethan Peck is in the spotlight

Landing and living up to the iconic role of Spock is no small feat, and Star Trek: Discovery star Ethan Peck knows many will have big feelings about his scruffier look. He tells us, "People are going to hate it! Or love it? Maybe both. It’s for a great reason that I can’t tell you about." 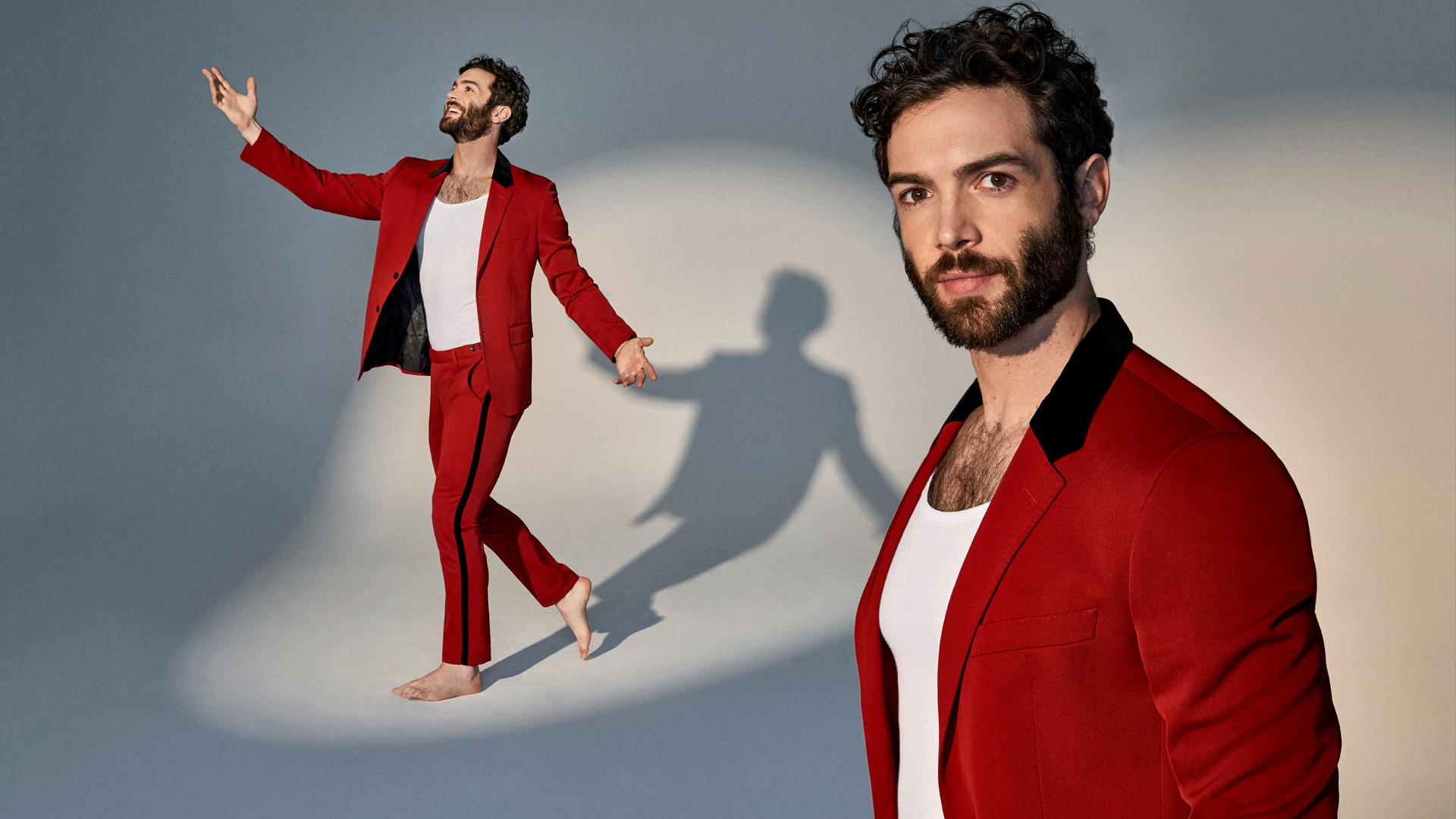 Ethan Peck is set to become a legend 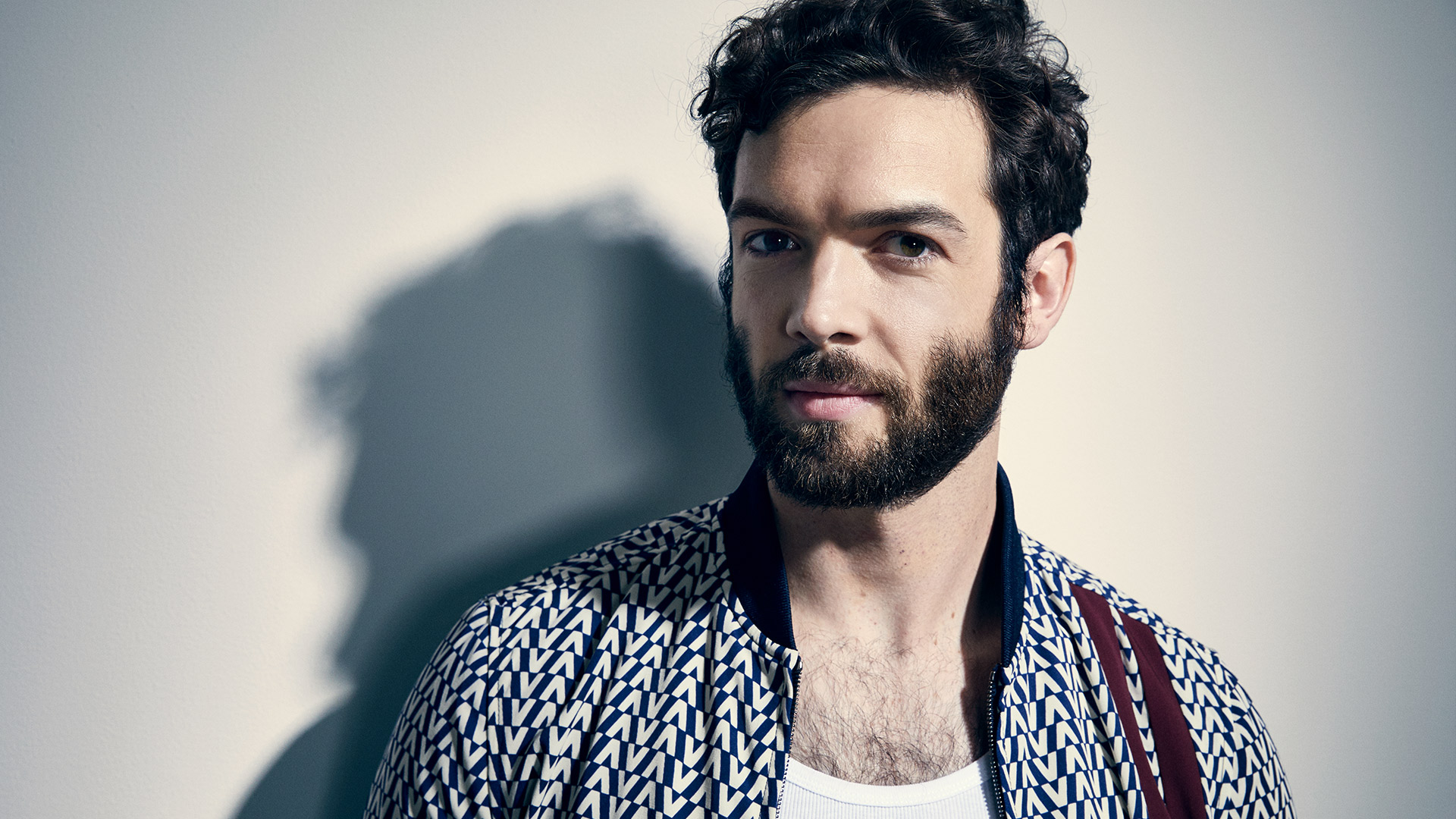 Ethan Peck has showbiz in his blood

He may be the descendant of pretty heady Hollywood lineage, but Ethan Peck has also earned his own acting stripes, working steadily since the age of 9, snagging parts in That '70s Show and 10 Things I Hate About You. 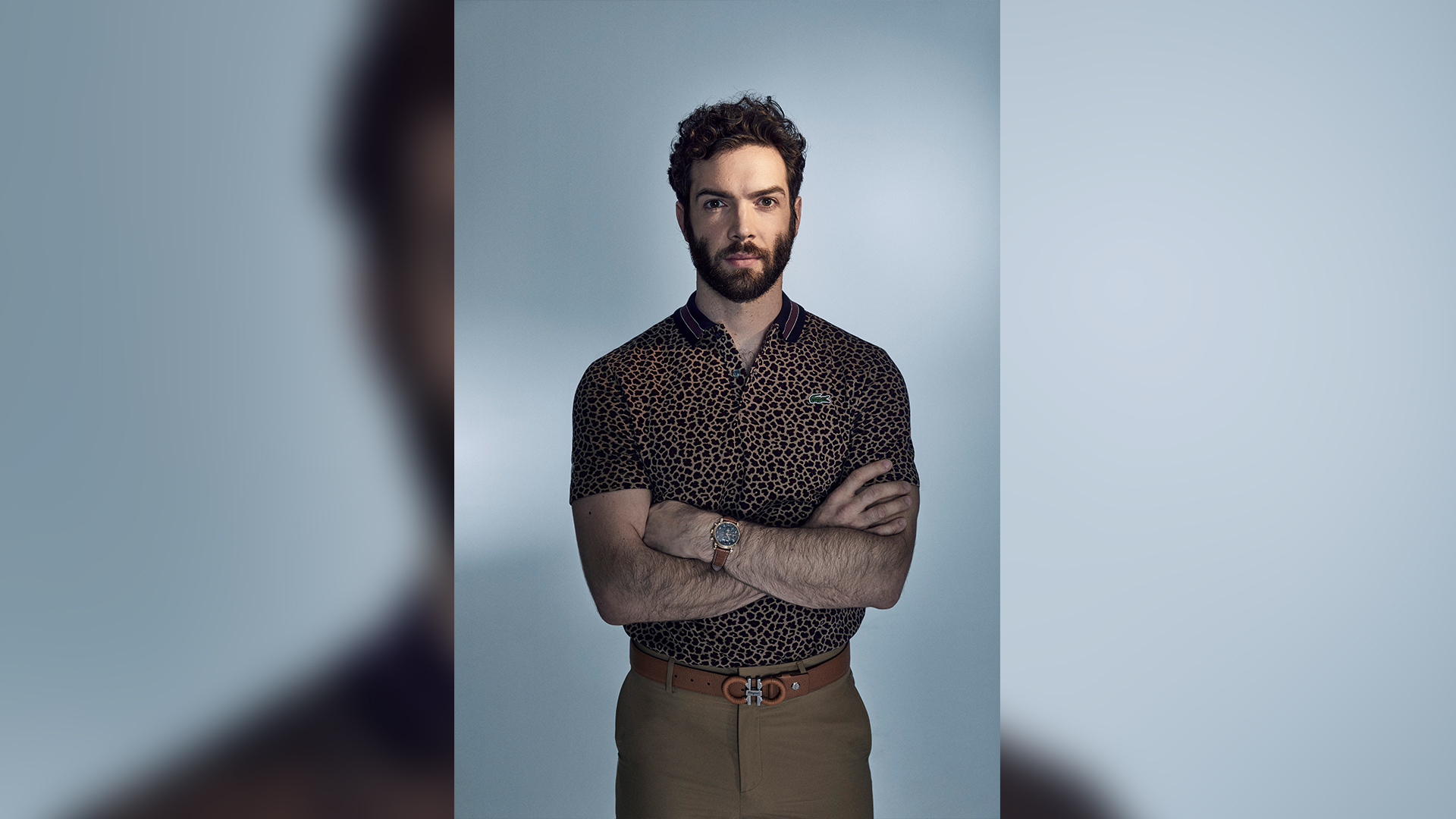 Ethan Peck is exactly where he's supposed to be

Ethan Peck had been considering stepping away from acting before fate intervened and he landed the legendary Vulcan role after multiple mystery auditions.

Polo by Lacoste. Belt by Salvatore Ferragamo. Watch by Waldan. 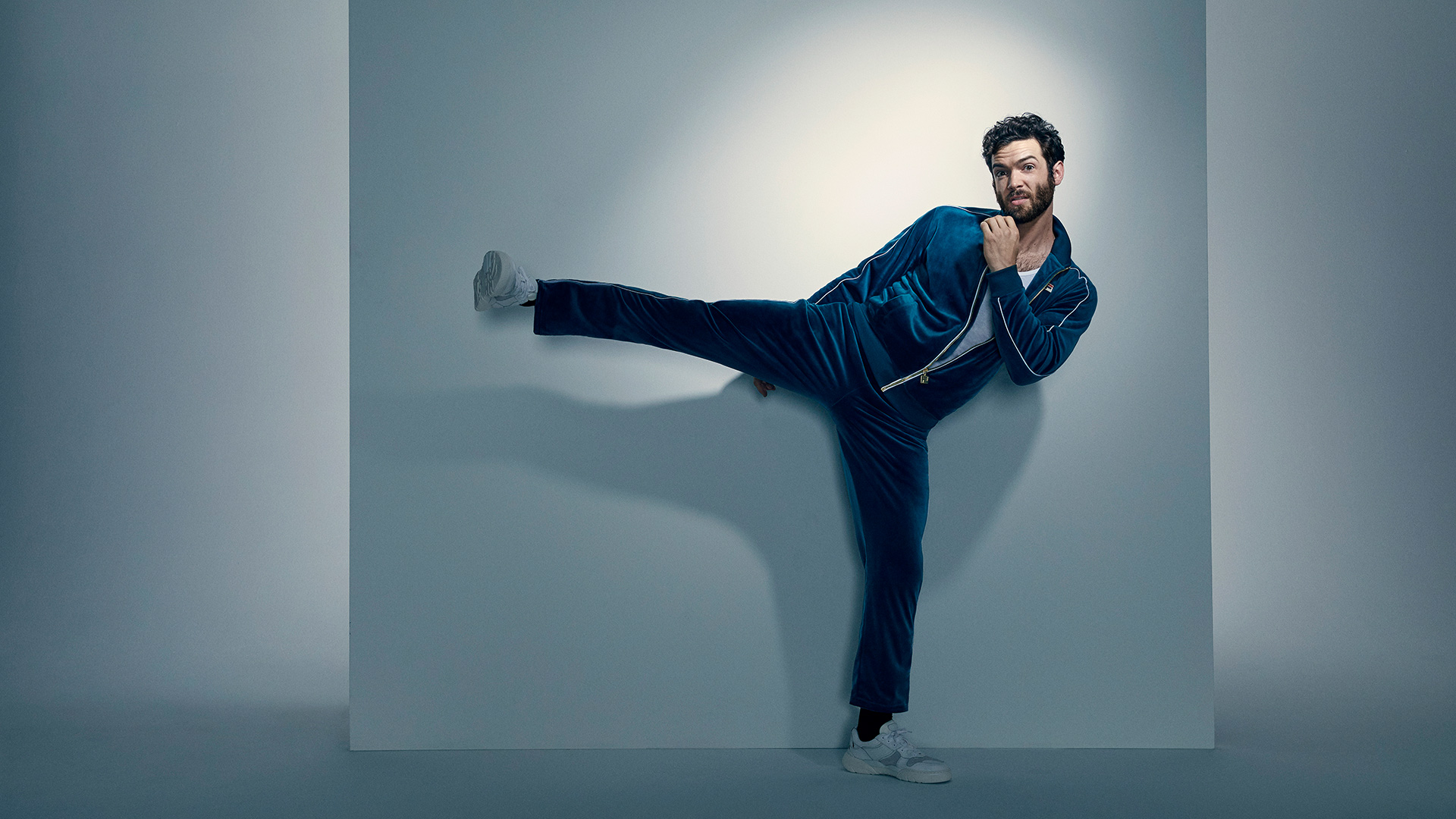 Ethan Peck is ready to tackle it all

Playing Leonard Nimoy's Spock comes with a big responsibility, but Ethan Peck said it was a gift to audition without knowing the part, "I knew that whatever I did do was what got me to the end. So clearly there was something in me that was Spock to them." 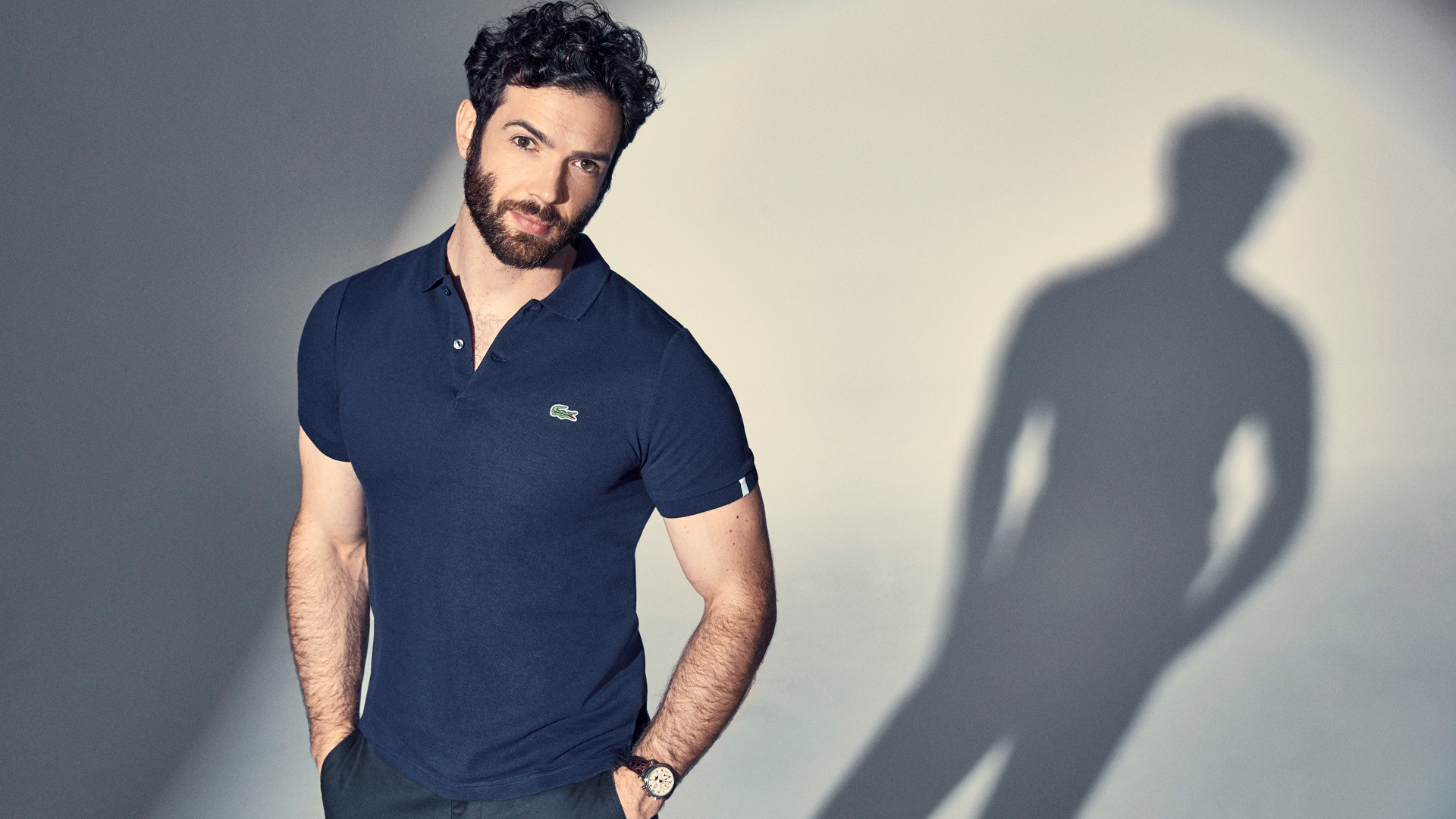 Ethan Peck is facing up to the role of a lifetime

"Spock is the one who shows us who we are. He’s half human and he’s half alien, so he has this perspective within himself about himself." —  Ethan Peck

Polo and pants by Lacoste. Watch by Waldan. 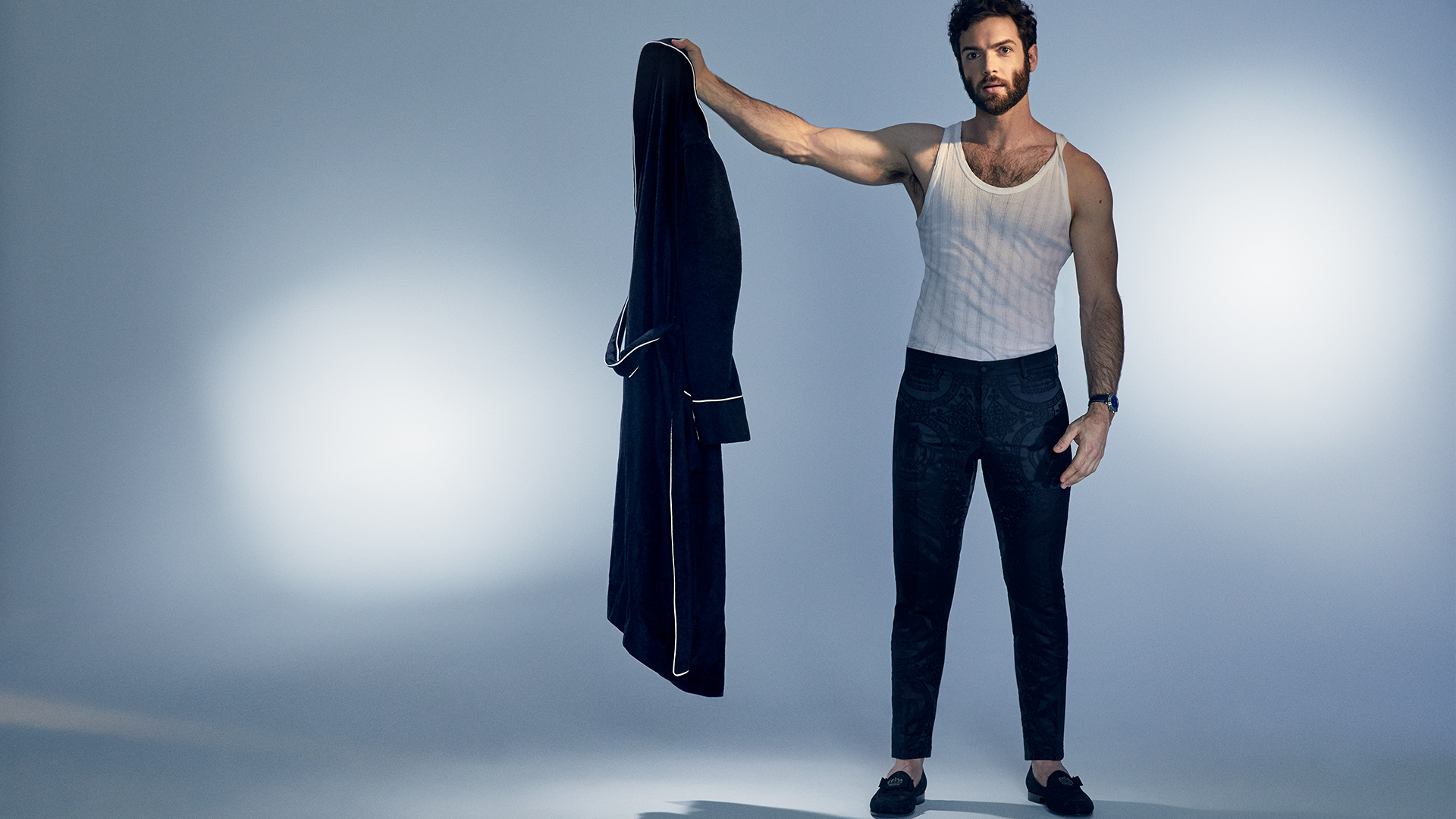 Ethan Peck has no problem doing the Vulcan salute 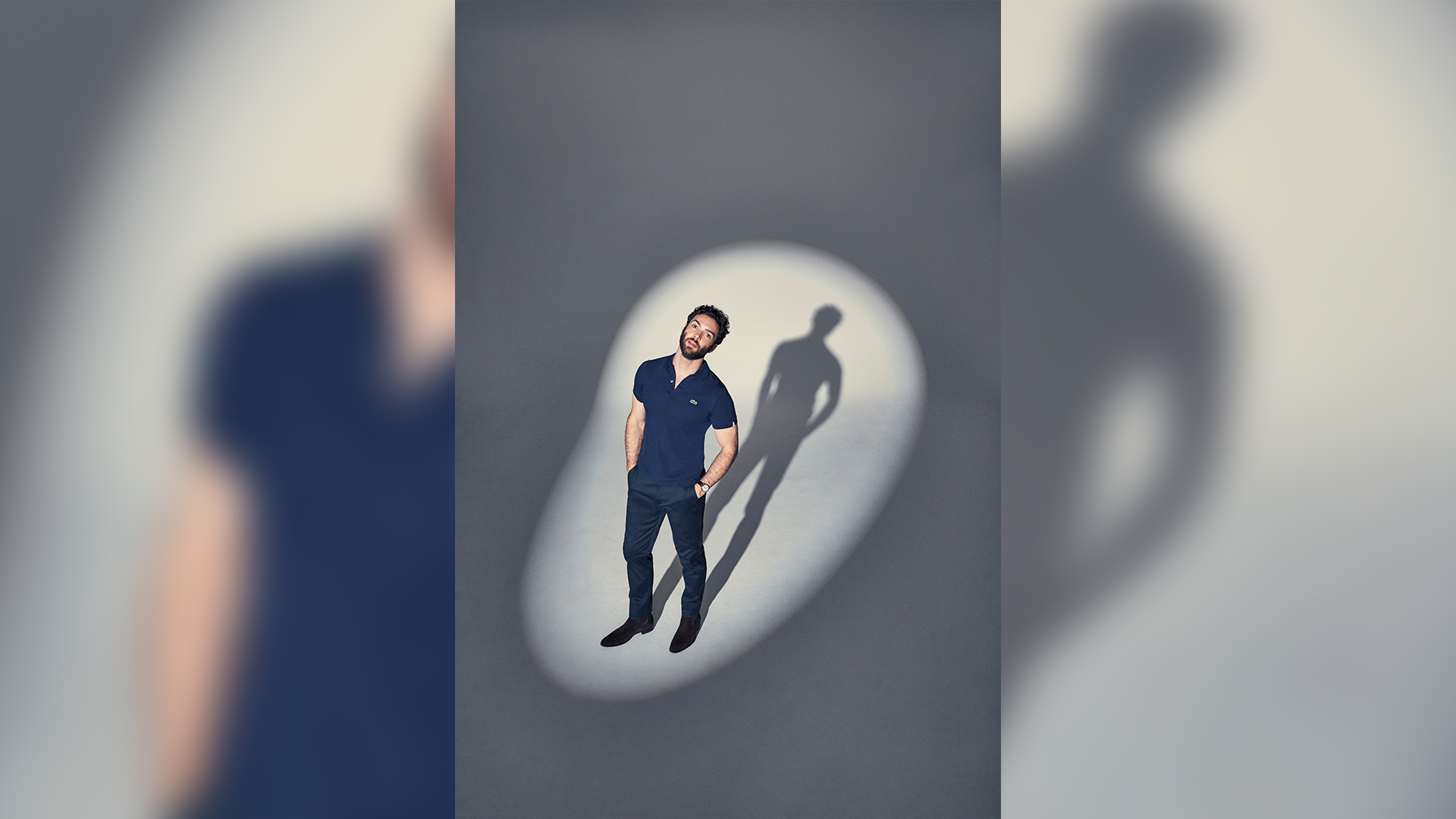 Ethan Peck is ready to be beamed up, Scotty!

"Every day when I walk on set I am just blown away. You just wouldn’t believe it, the scope and the magnitude of these sets! It’s a passion project for every single person on the show." — Ethan Peck

Polo and pants by Lacoste. Watch by Waldan. Boots by To Boot New York. 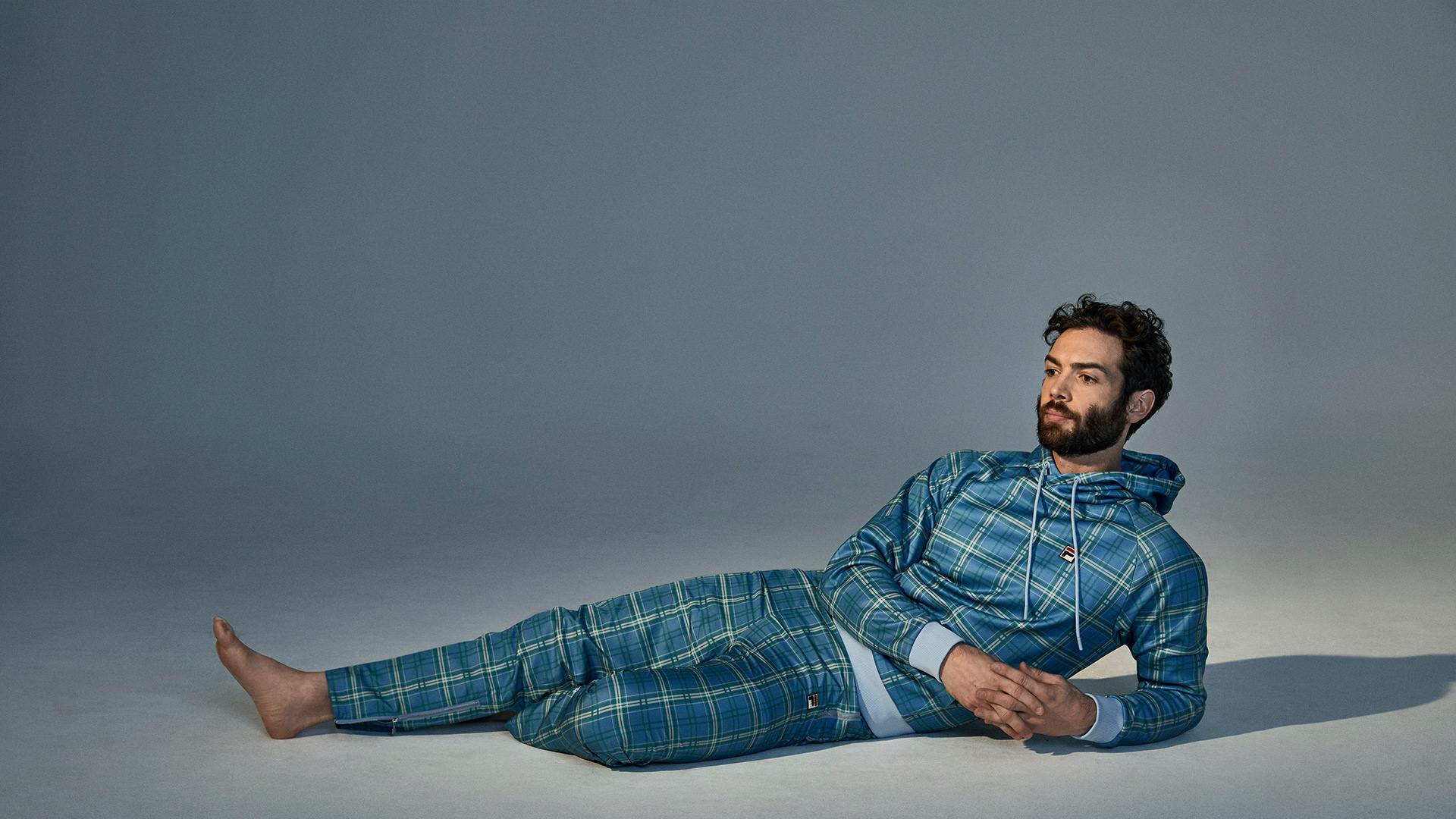 Ethan Peck is looking to the future

"I feel like what’s going on in the world is so polarizing. This show feels like a perfect antidote to that. It’s this vision of a welcoming and loving future." — Ethan Peck

Hoodie and track pants by FILA. 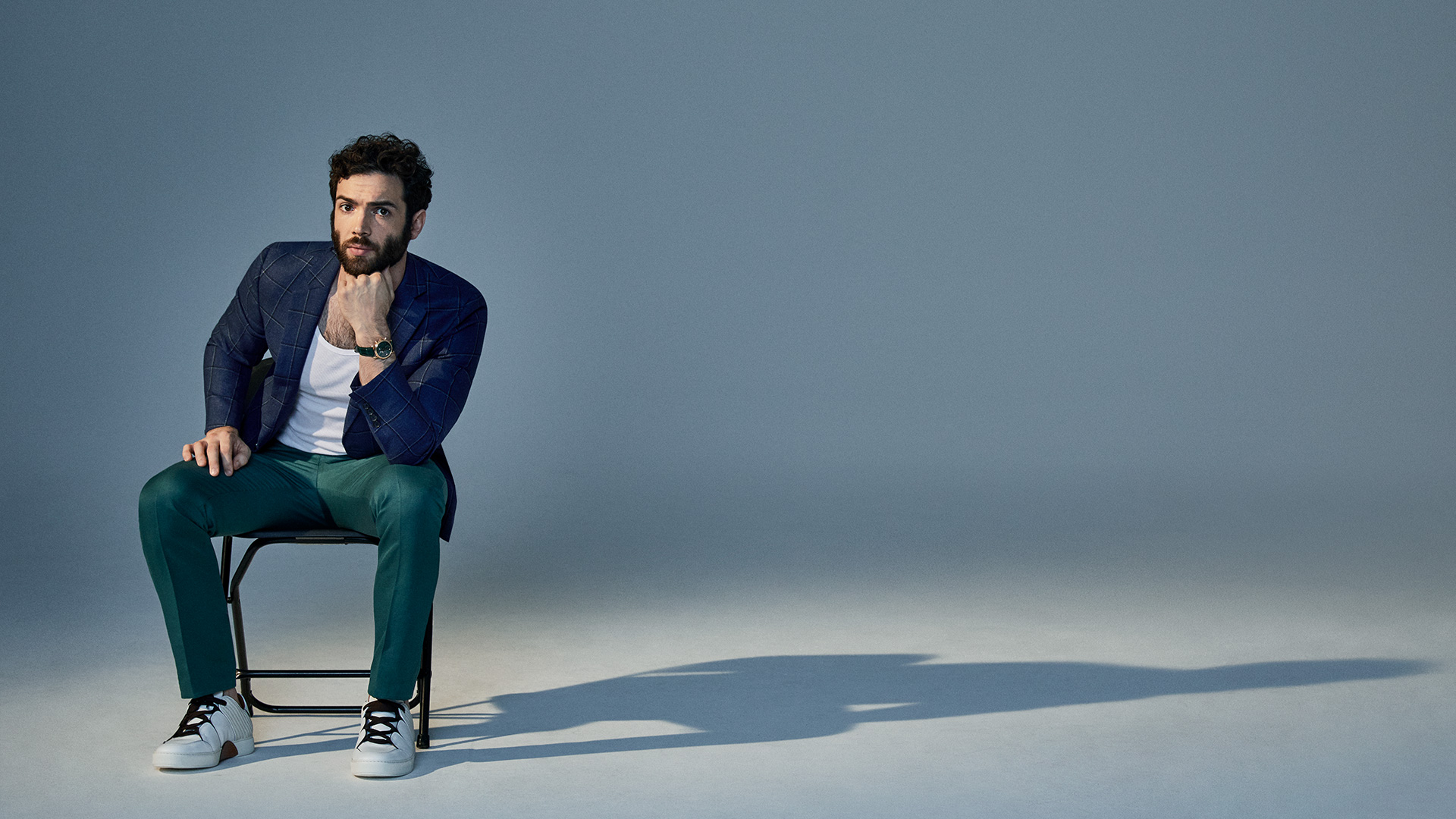 Fun fact: When Ethan Peck played young Kelso on That '70s Show, he once showed up late to set. The director scolded his tardiness but that mistake made a big impression on the young actor. 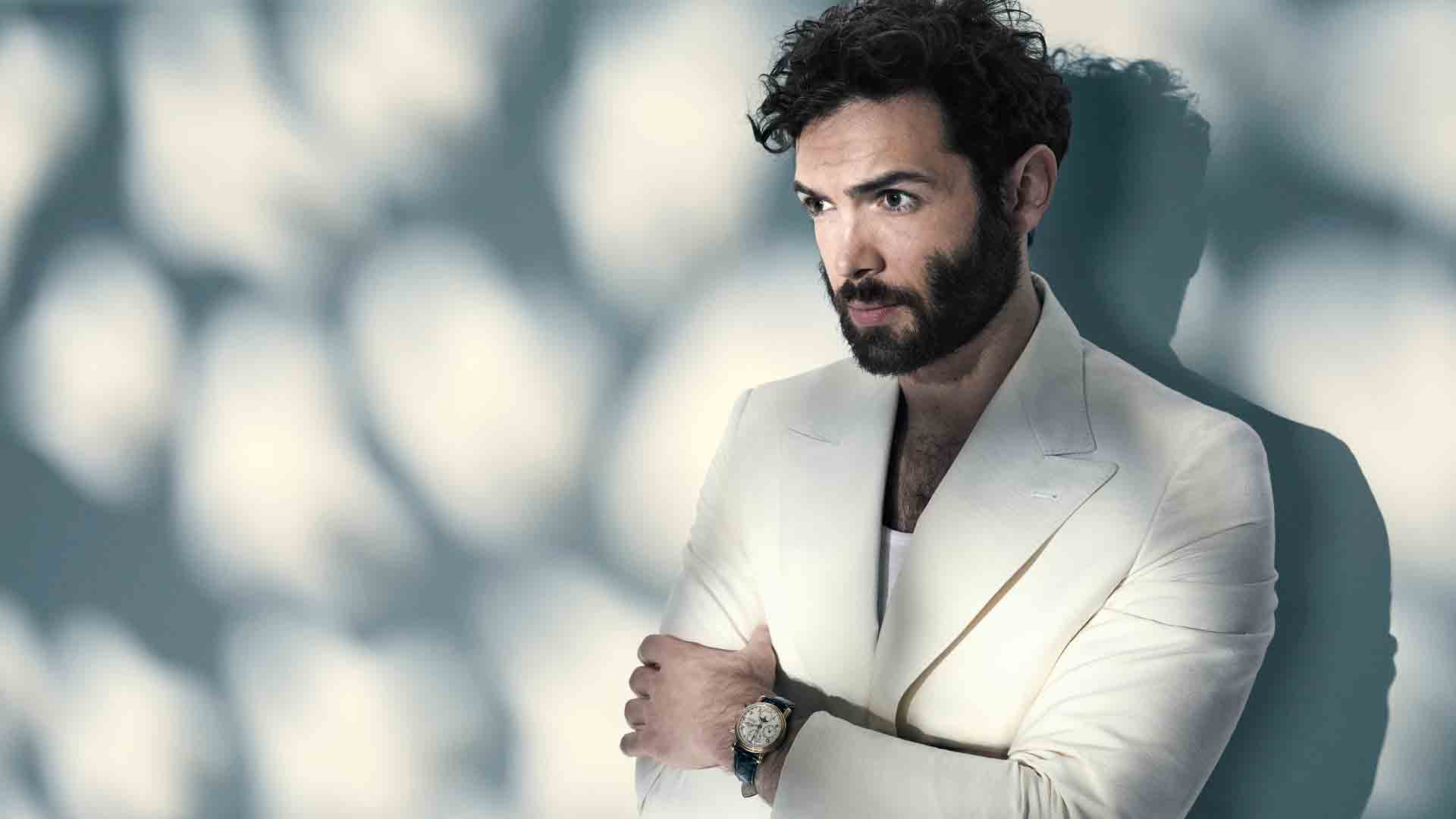 "I want to be the best that I can be. I have a deeply competitive nature—my dad days that's true of all the Pecks." — Ethan Peck 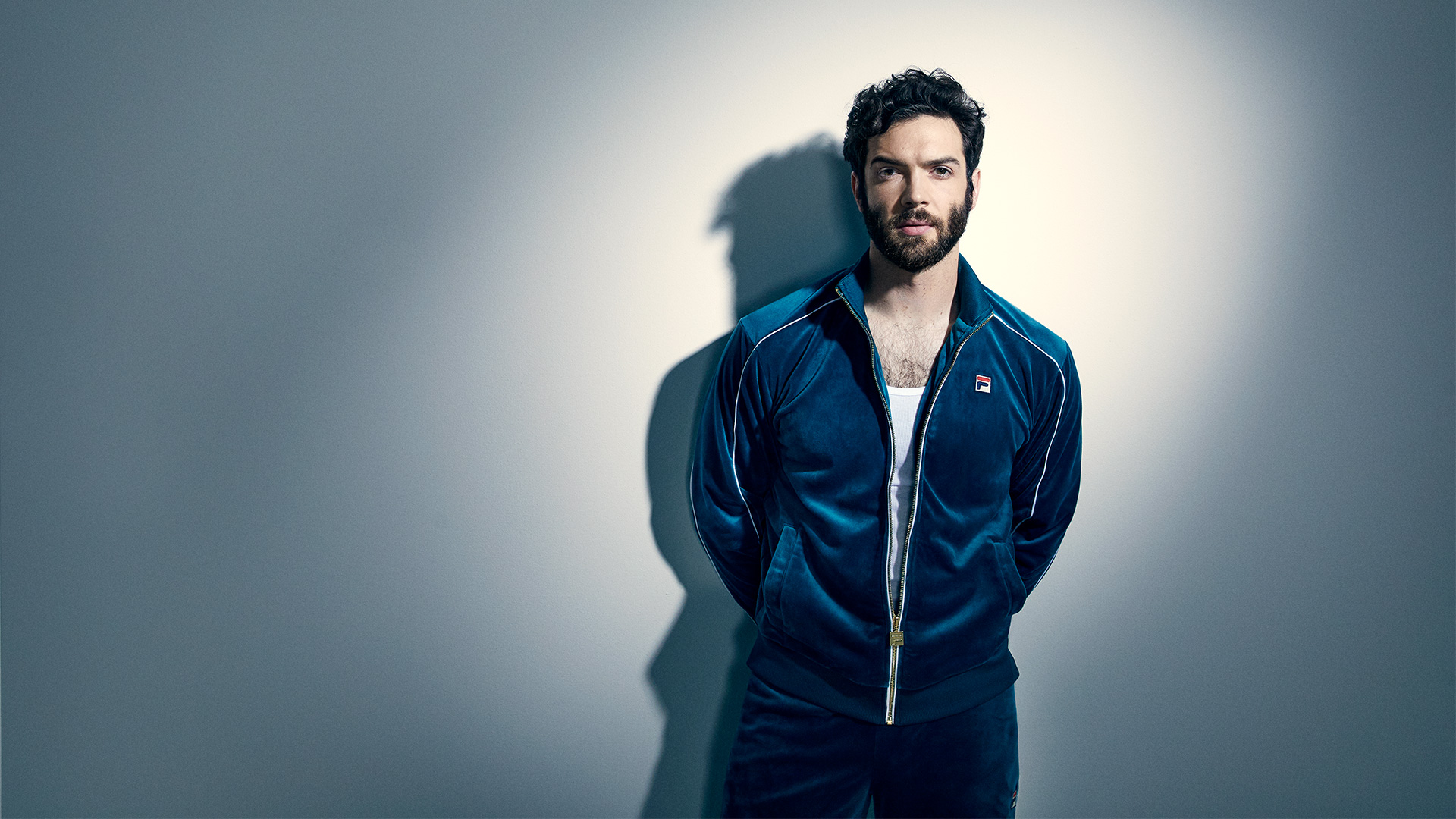 The Star Trek: Discovery star tells us it doesn't concern him, "there’s so much synergy between our lives—Spock and Ethan—it’s surreal and totally amazing." 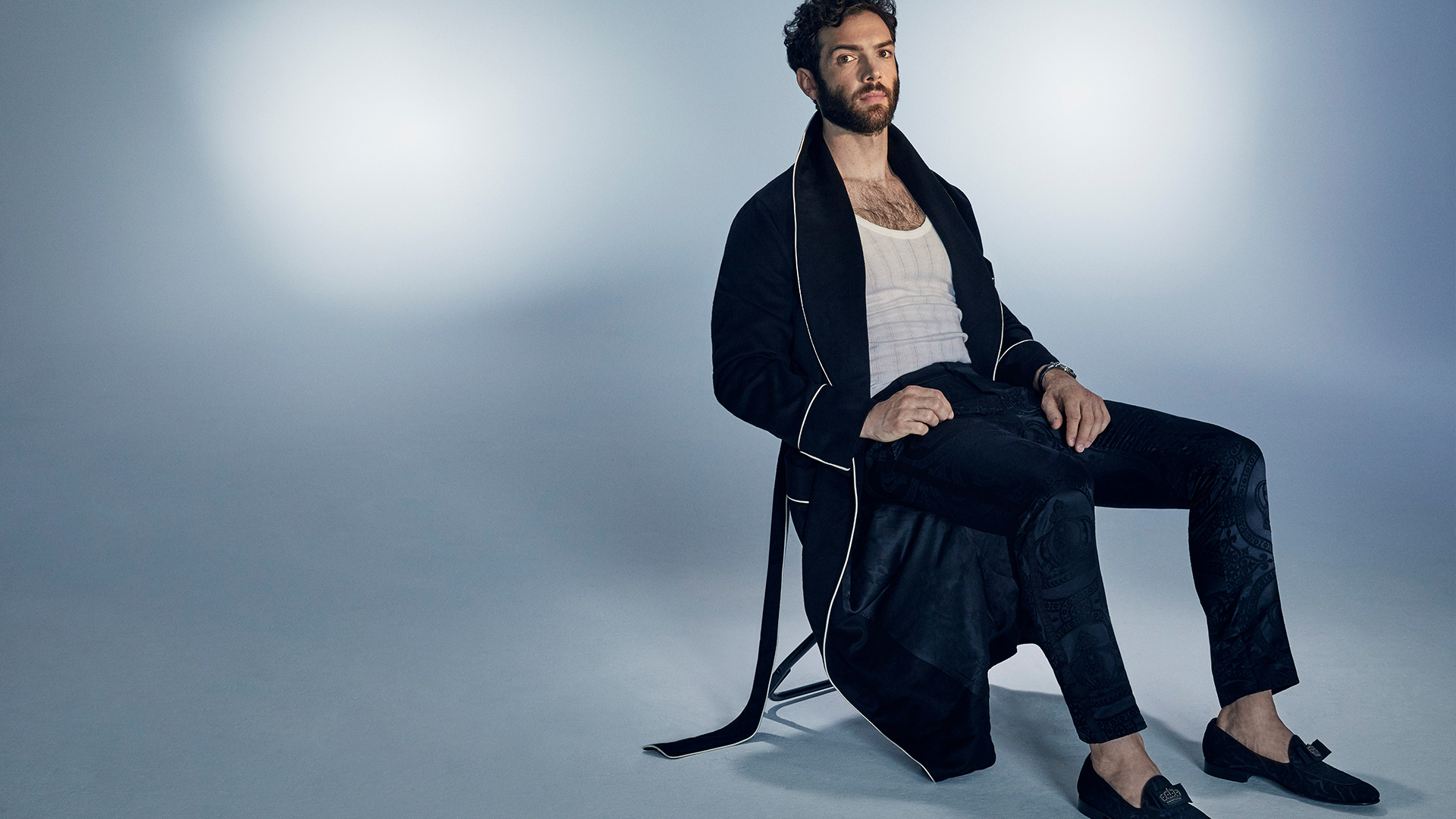 Ethan Peck is relaxed in spite of it all

For Ethan Peck, Star Trek: Discovery is "where diversity is second nature and acceptance is first and we’re all searching for a better way to live unified. What better way is there to combat our current ethos than this dream of the future?"

SUBSCRIBE NOW: Look Forward To Seeing More Of Your Favorite Stars In Your Mailbox