Celebrity Volunteers: See How These CBS Stars Give Back In Their Free Time

From endangered animals to women and children in need, CBS talent use their influence to help others. 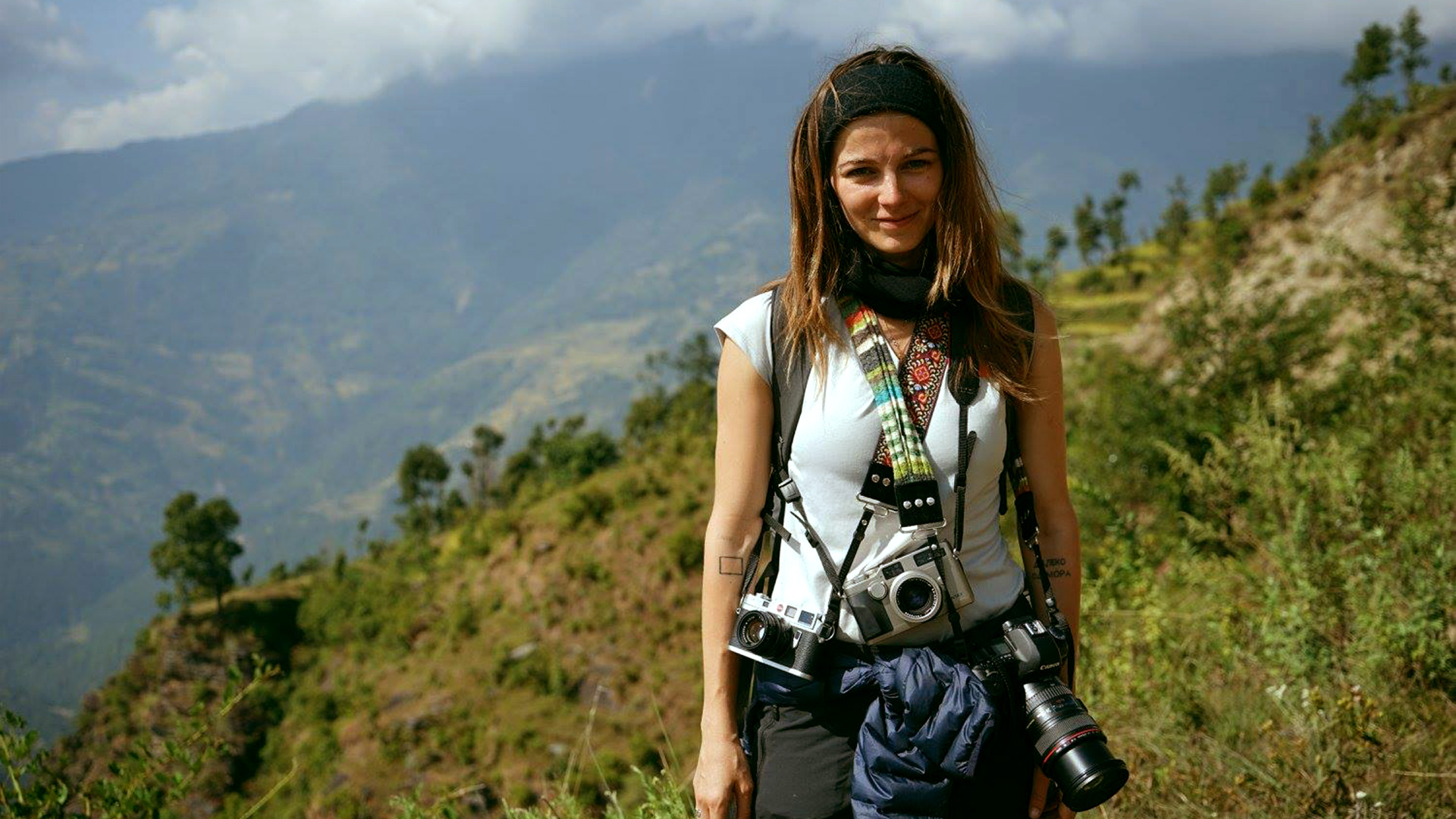 CBS talent use their influence to help others

Sometimes, the mission involves many: CBS stars like Instinct's Bojana Novakovic (pictured above) are remarkable for their volunteer efforts, championing causes that reflect their personal and professional experiences.

Sometimes, they also team up: The cast of The Young and the Restless participates in the Walk to End Alzheimer's every year, and a CBS This Morning team has delivered food to those in need through Citymeals on Wheels. Regardless of the mission, when these stars throw their weight behind a passion project, they've got our attention! 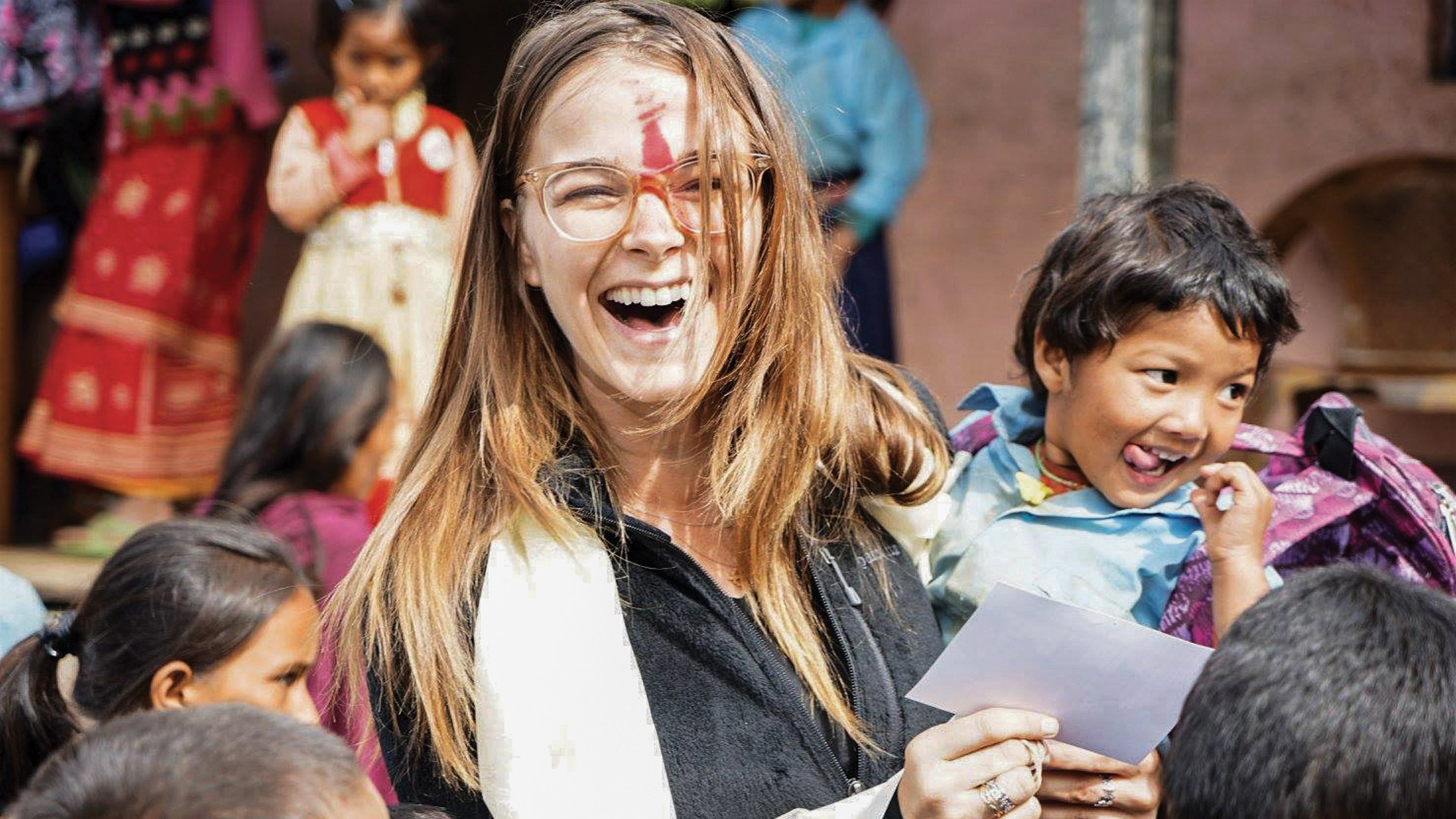 Offscreen: Bojana Novakovic is a co-founder of The B Project, an organization dedicated to empowering women through education, building schools, and ending sex trafficking in Nepal.

"It was the brainchild of a group of idealistic Nepalese women and myself," says Novakovic, who took up this cause after a devastating earthquake hit the country in the spring of 2015. (The Nepalese women—Shailee Basnet and Maya Gurung—are also part of the first female group in the world to climb the Seven Summits, including Everest.) "After a disaster, sex trafficking becomes more prevalent. This work is really necessary. We are nowhere near where we want to be."

The B Project has also provided daily school meals for 2,200 children, other initiatives include: safe drinking water, sanitation, and job training. 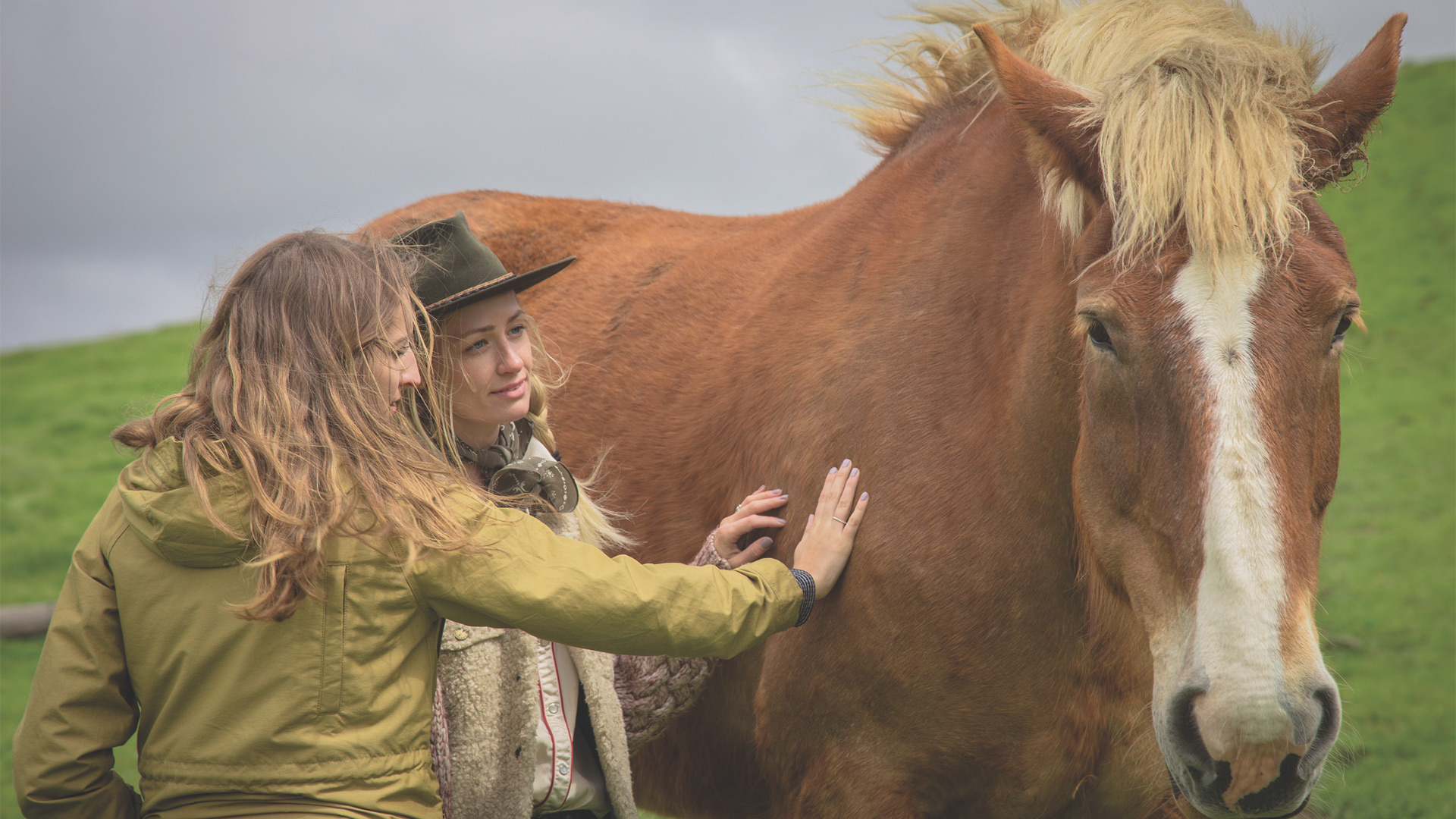 ​On Camera: Beth Behrs stars as fish-out-of-water Gemma Johnson on The Neighborhood.

Offscreen: Beth Behrs lends her voice to co-star Tichina Arnold's We Win Foundation, which brings awareness to lupus, an autoimmune disease with which Behrs' mother has lived for 30 years. She is also a co-founder of SheHerdPower, which provides female survivors of sexual assault and abuse with equine therapy at no cost. "I saw firsthand how healing horses were, and I had to bring survivors of sexual assault and abuse and horses together," says the actress, who credits the animals with helping her recover from panic attacks and has adopted a horse of her own.

She hopes that her efforts will help with fundraising and, as she says, "to cultivate a 'herd' of SheHerdPower alumni who take their empowered voices back into their communities to help heal other survivors."

Watch all-new episodes of The Neighborhood on Mondays at 8/7c on CBS and CBS All Access.
ADVERTISEMENT 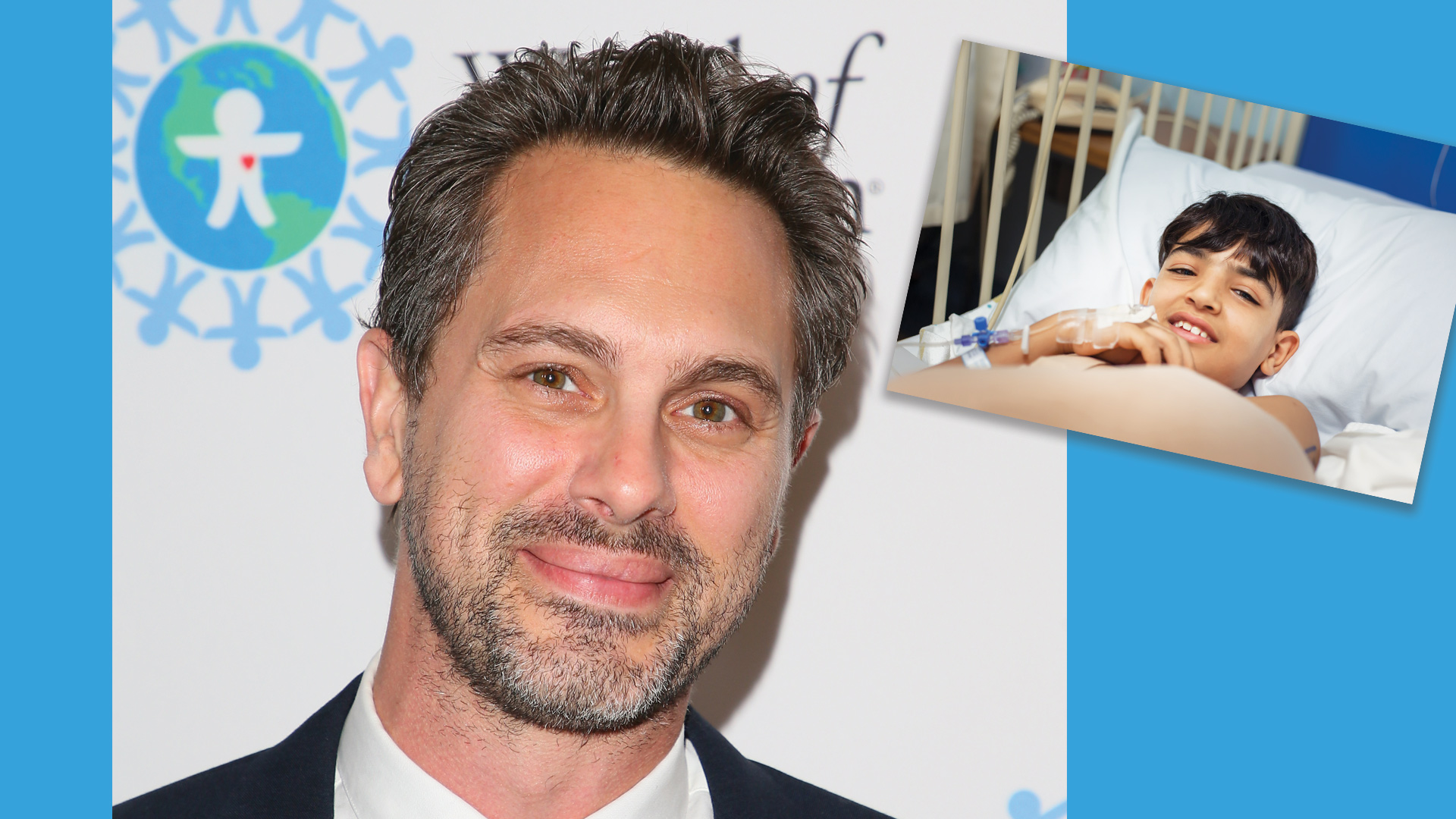 On Camera: Matt Short in the family sitcom Life in Pieces.

Offscreen: Alongside his wife, Amanda Seyfried, Thomas Sadoski fundraises and organizes events for INARA, which ensures that children injured during war receive medical attention, and for War Child, which provides kids who have been traumatized by conflict with emotional support, educational tools, and business skills. "I don't believe in having a platform unless you are relentlessly using it to do good in the world," says Sadoski. "I want the use of my voice to undeniably and permanently improve the life of at least one child who has been caught in the hell of war."

Season 4 of Life in Pieces premieres on Thursday, April 18th at 8:30/7:30c on CBS and CBS All Access.
ADVERTISEMENT 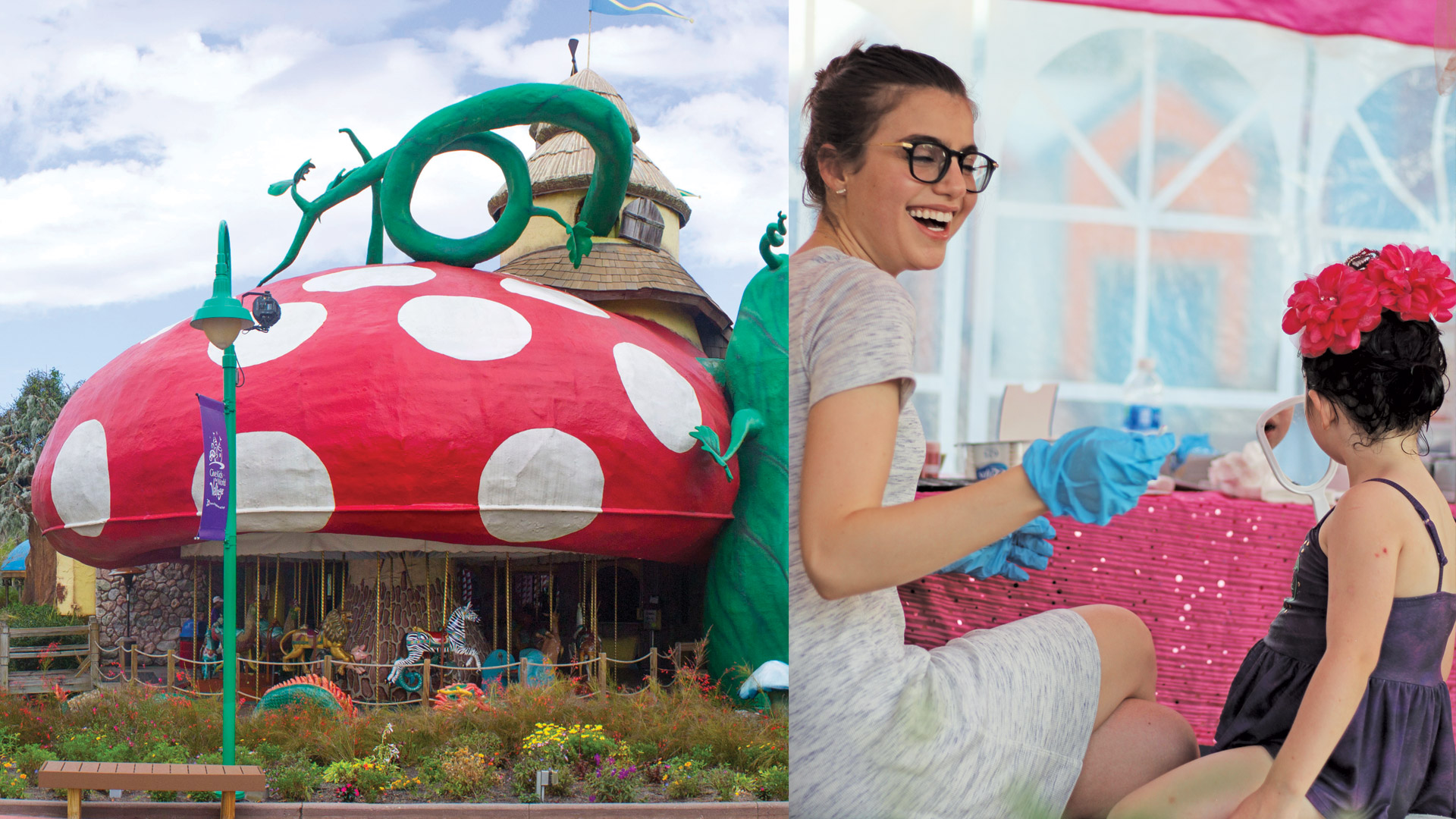 On Camera: Nicky Reagan-Boyle, the only Reagan not to join the force in the hit NYPD drama Blue Bloods.

Offscreen: Family is just as important to Sami Gayle as it is to her character. She volunteers at Give Kids the World Village, an 84-acre Central Florida community that provides critically ill children with weeklong vacations, often taking them to theme parks such as Walt Disney World.

"It's an entire village, with an ice cream shop, a spa, a movie theater," explains Gayle, who has been working with the organization for seven years. "Anything the kids want, they make it happen. It amazes me to see how much light they can bring to these lives. I feel passionate about what they are doing." More than 165,000 families have reaped the benefits of Give Kids the World Village.

Photo Credit: Give Kids The World.

Watch all-new episodes of Blue Bloods on Fridays at 10/9c on CBS and CBS All Access.
ADVERTISEMENT 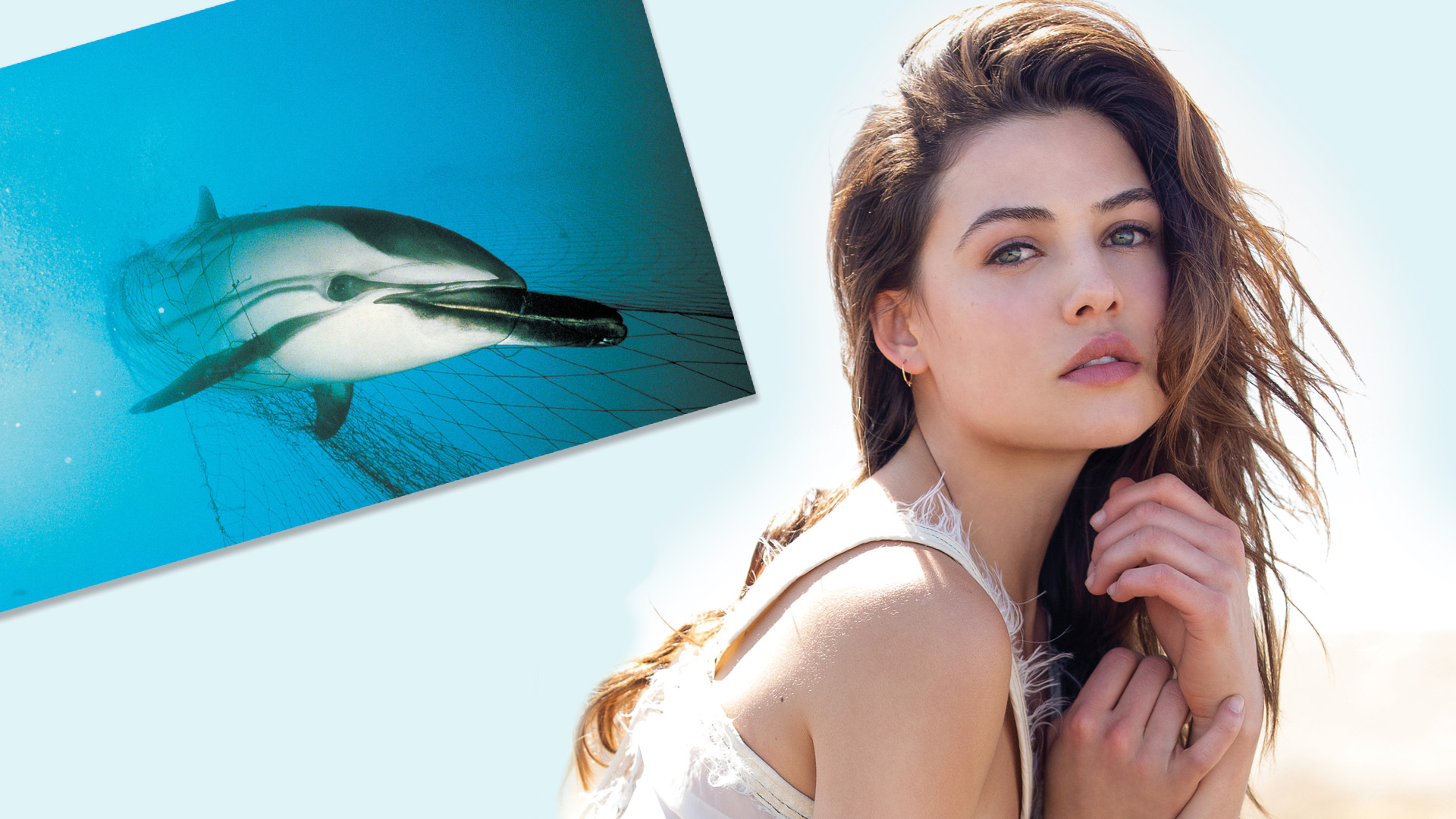 On Camera: Kayla Powell, a teenager with a mysterious past, in CBS All Access' Tell Me a Story.

Offscreen: Danielle Campbell—who developed a love for the water at a young age during family sailing vacations in the Virgin Islands—is a supporter of Oceana, a nonprofit with a mission to protect our seas and their biodiversity as they are threatened by plastic waste and pollution, overfishing, and climate change.

"Our oceans are irreplaceable," says Campbell. "We have one planet, and it is our responsibility to take care of it the best we can. Oceana protects our oceans by enacting policy change in the countries that govern the world's marine life."

Stream Tell Me A Story exclusively on CBS All Access.
ADVERTISEMENT 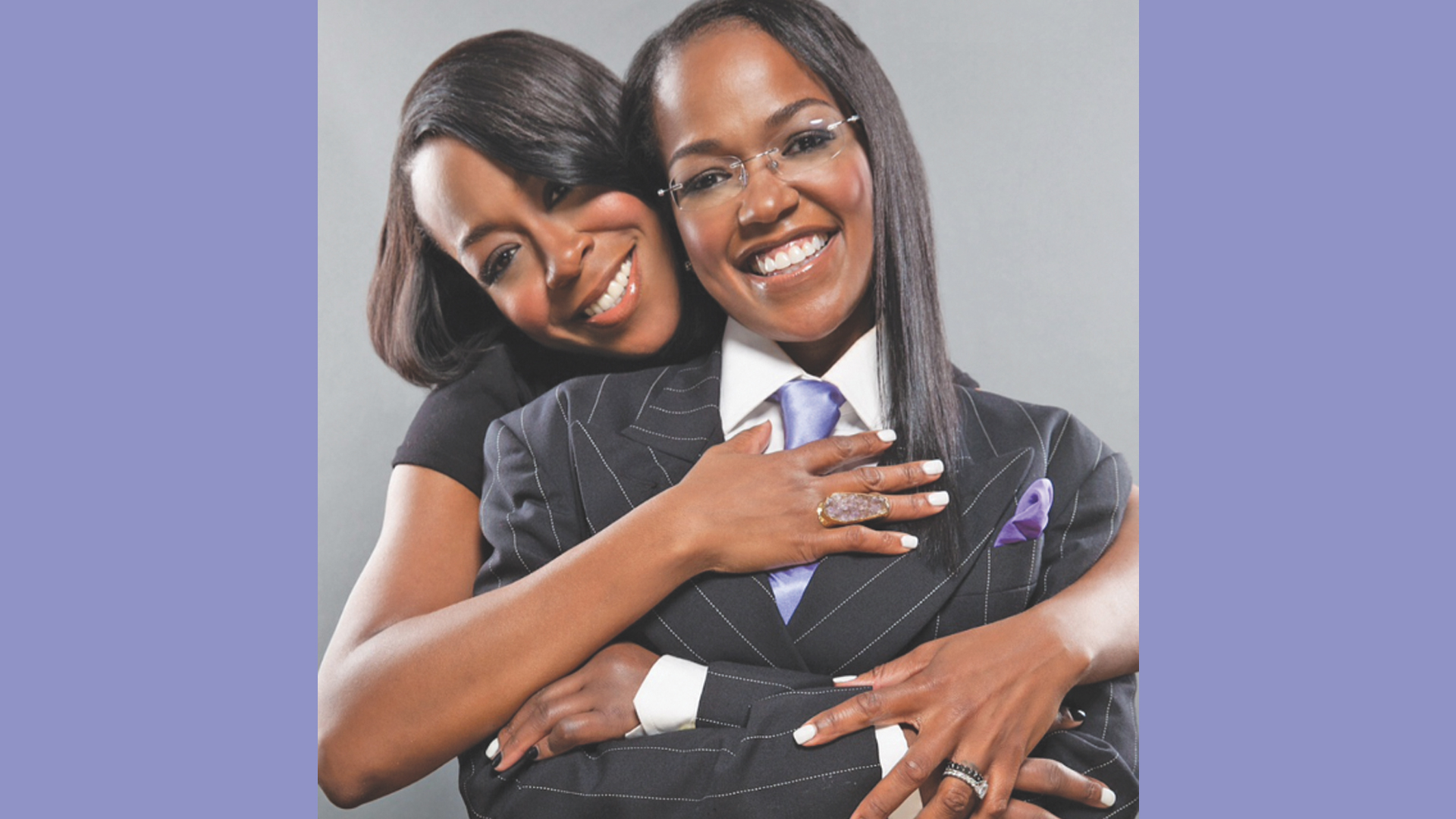 On Camera: As Tina Butler, she's the better half of Cedric the Entertainer's character, Calvin, in The Neighborhood.

Offscreen: After Tichina Arnold's sister Zenay was diagnosed with the autoimmune disease lupus, the siblings started the We Win Foundation, which has been honored by Lupus LA. "My sister lives and thrives with this disease, and we want to remind people they can win over this," she says. "We hope that Lupus LA and We Win will help eradicate lupus and autoimmune diseases. I also hope my efforts will make someone's life a little easier, [reminding you] that you can get beyond the disease and live the life you're supposed to."

Arnold has been supported by The Neighborhood co-star Beth Behrs, whose mother also has lupus.

Watch all-new episodes of The Neighborhood on Mondays at 8/7c on CBS and CBS All Access.
ADVERTISEMENT 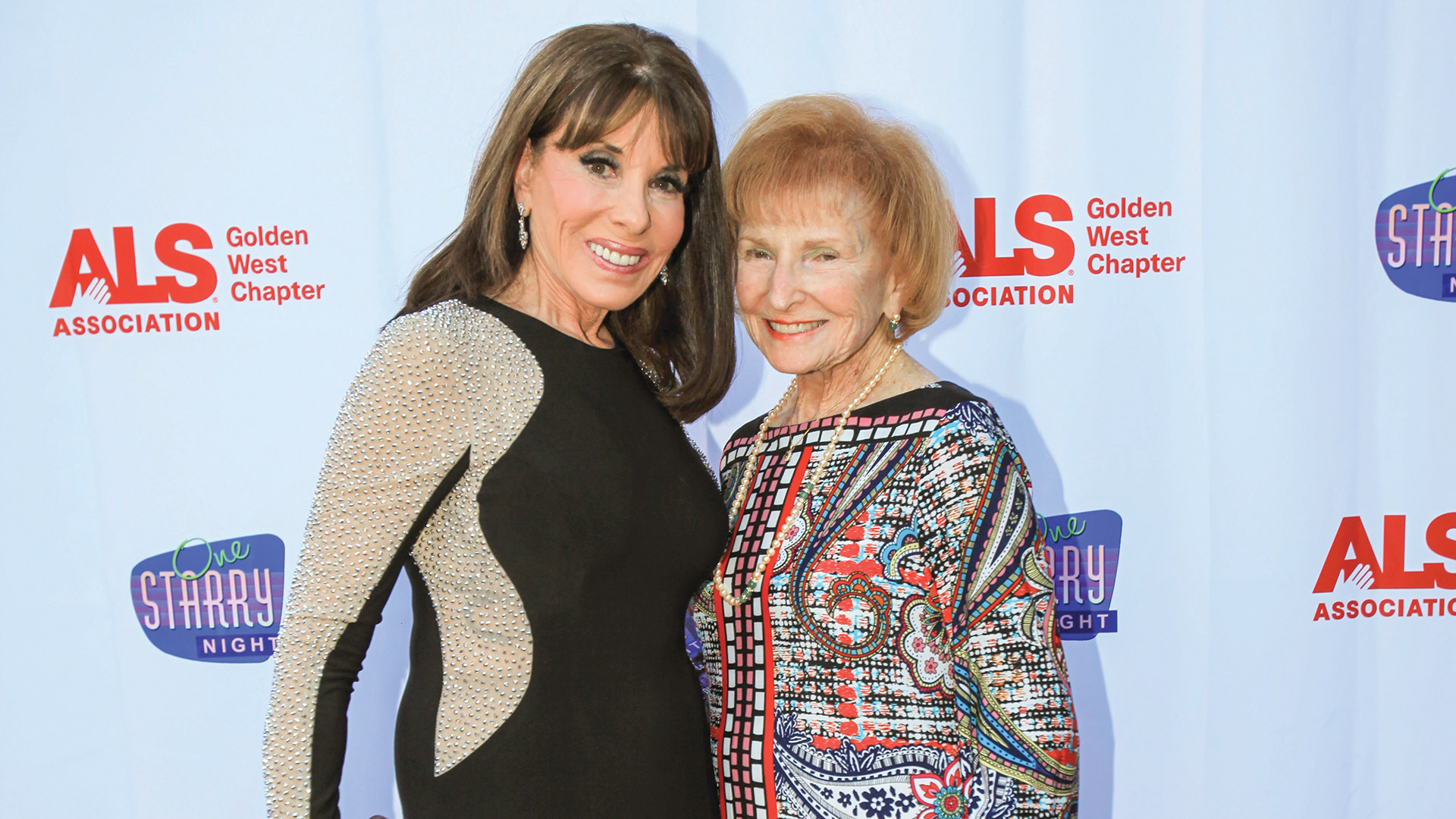 On Camera: Esther Valentine on The Young and the Restless.

Offscreen: When her brother-in-law was diagnosed with ALS, Kate Linder began volunteering for The ALS Association, for which she is now the celebrity spokeswoman.

In her role, she has testified before Congress, lobbied for the organization, and participated in countless fundraisers. "It's never enough, because ALS is a horrible disease," she says. "Andrew Fleeson, an incredible man living with ALS, once told me, 'It doesn't matter how many breaths you take in this lifetime but rather what you do with those breaths.' I intend to use every breath I have until we have found a cure!"

Watch all-new episodes of The Young and the Restless Weekdays on CBS and CBS All Access.
ADVERTISEMENT 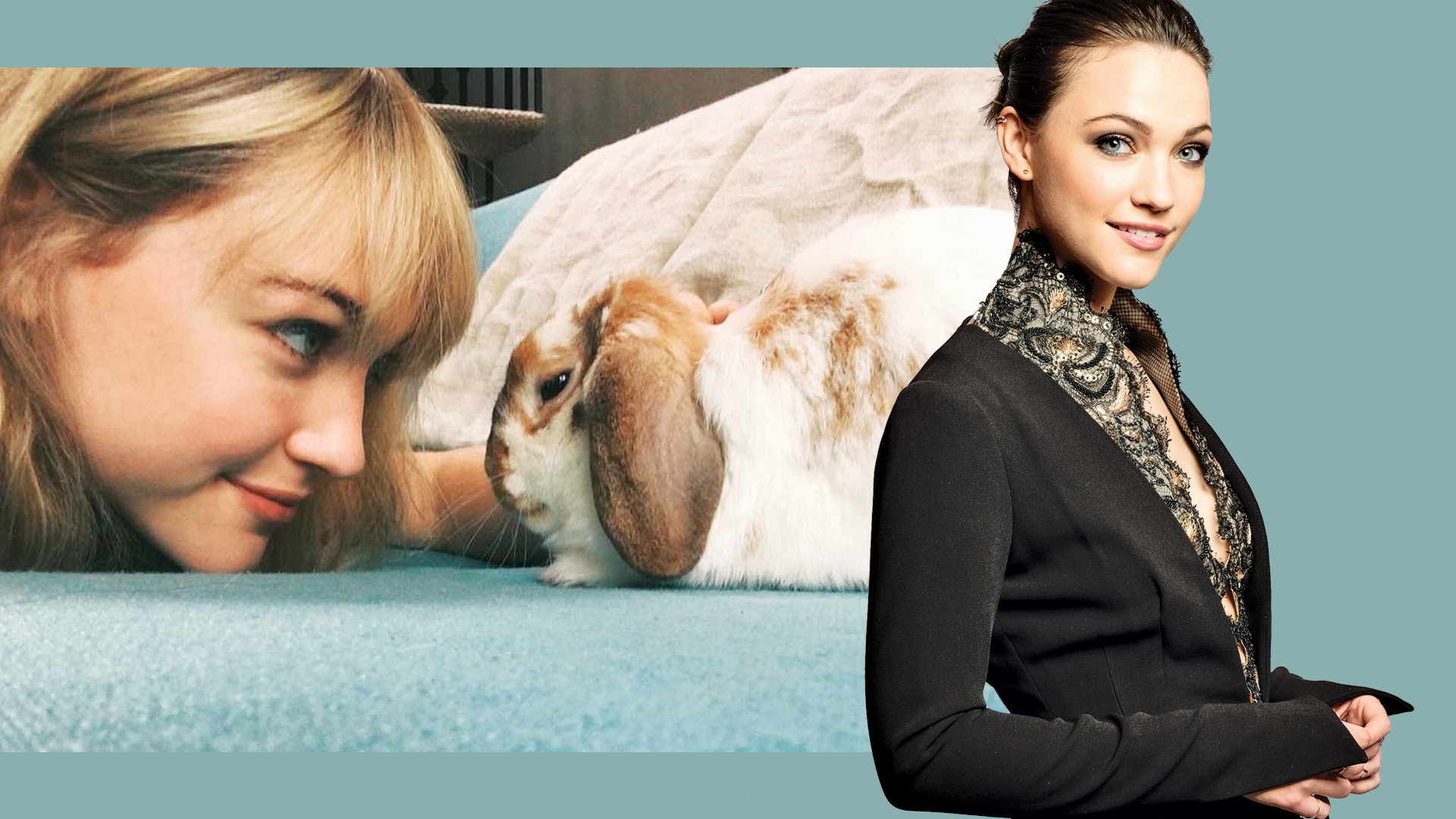 On Camera: Journalist Cara Bloom in the drama God Friended Me.

Offscreen: Two years ago, Violett Beane—who grew up surrounded by cats, dogs, and chickens—became a vegan. "How can I love these animals beside me and eat them on my plate?" she says. "Also, I decided to follow a plant-based diet because of the environmental impact that eating meat and dairy has on the world."

The passionate animal rights activist supports the Humane Society of the United States and its Meatless Monday program, as well as PETA, for which she appeared in a recent campaign. "It's all about awareness. When we can have an open conversation, that's when change is possible."

Watch all-new episodes of God Friended Me on Sundays at 8/7c on CBS and CBS All Access.
ADVERTISEMENT 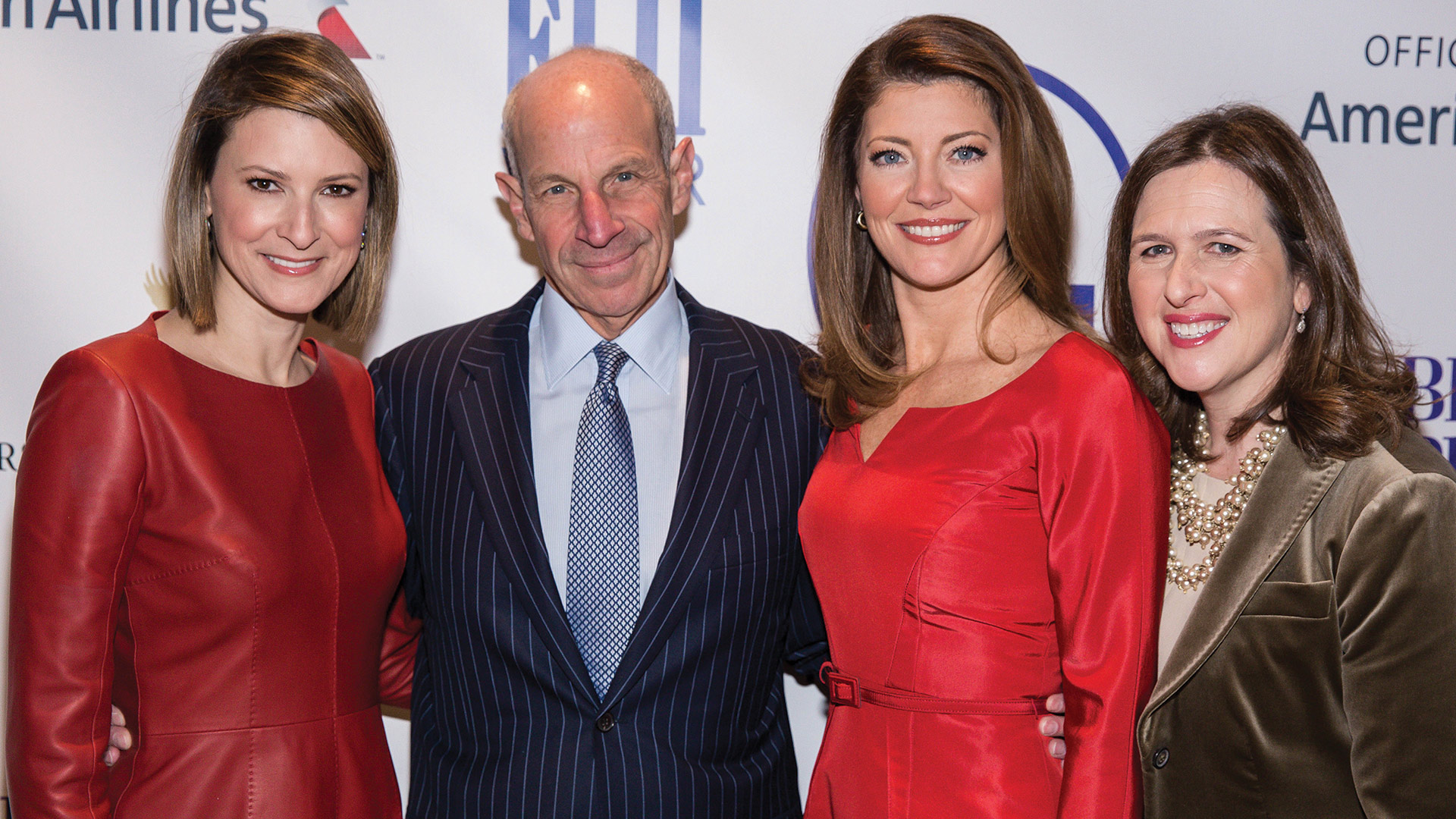 On Camera: An Emmy Award-winning anchor of CBS This Morning.

Offscreen: Norah O'Donnell actively supports three causes. The first, the International Women's Media Foundation, "offers career-changing reporting opportunities, safety training, and crisis support to female journalists worldwide," she says. "I joined CBS News' support of this organization because I believe in strong female reporters and storytellers. It's our duty to show our solidarity and help them grow."

The anchor also volunteers for Citymeals on Wheels, which delivers meals and company to those in need. "Fifty-seven percent of meal recipients in New York live alone, and saying hello goes a long way," she says. Finally, she raises awareness for melanoma, with which she was diagnosed in January 2017. "After sharing my story, I've had so many men and women at CBS tell me they've made long-overdue appointments to have their skin checked—which is great news!"

Watch CBS This Morning on Weekdays on CBS and CBS All Access.
ADVERTISEMENT