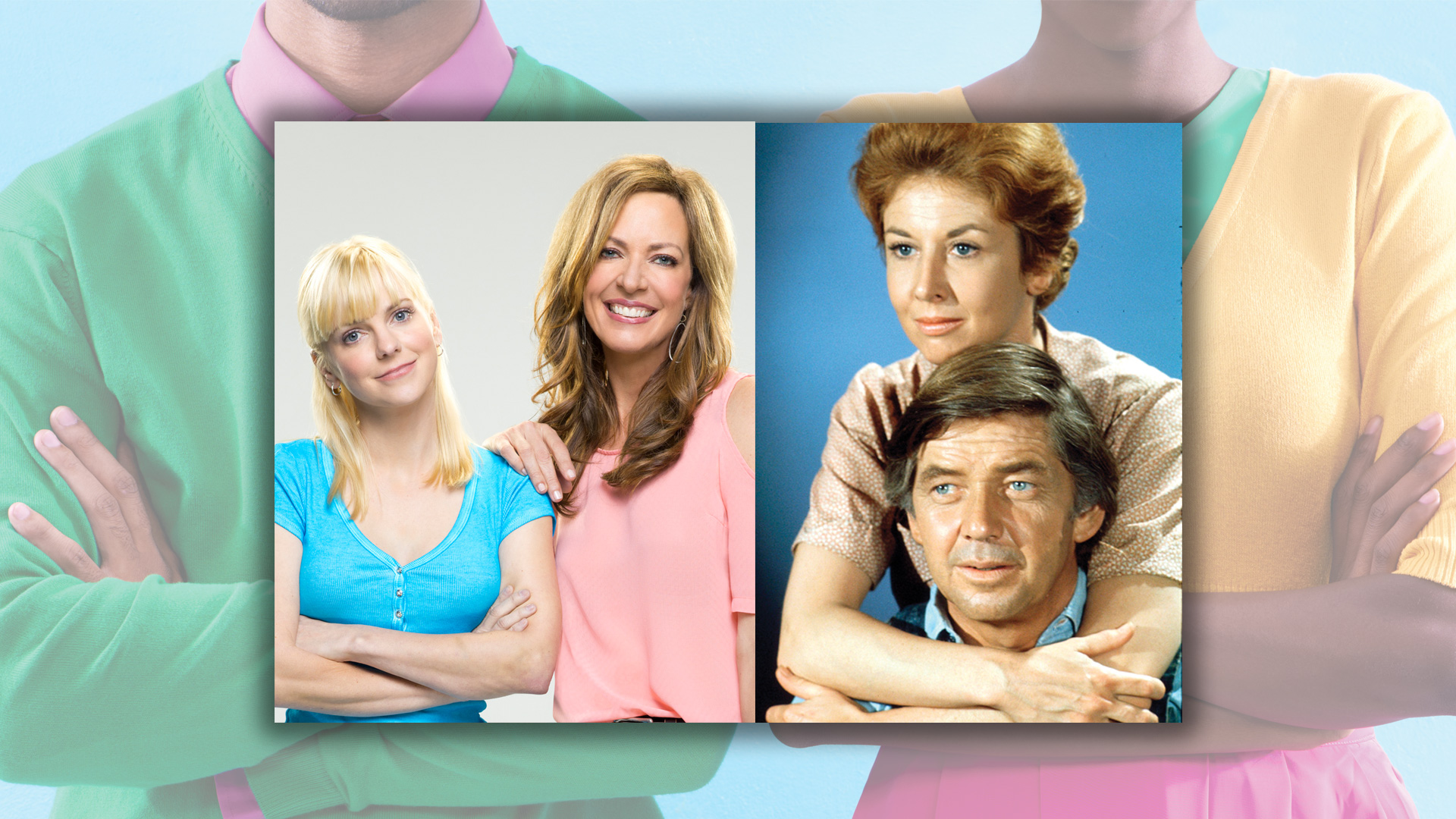 From Mom to The Waltons, these TV parents have a lot to teach us

As we celebrate our parents on their annual days of thanks, we take a moment to recognize some of our favorite fictional TV mothers and fathers. Whether we're tuning in live, streaming past episodes, or revisiting classic shows on Paramount+, we toast the laughter and invaluable lessons they've given us.

CHECK IT OUT: Explore The Latest Digital Issue Of Watch—Available Now!

Don't miss the series finale of Mom on Thursday, May 13 at 9/8c on CBS. Stream anytime on Paramount+.
ADVERTISEMENT 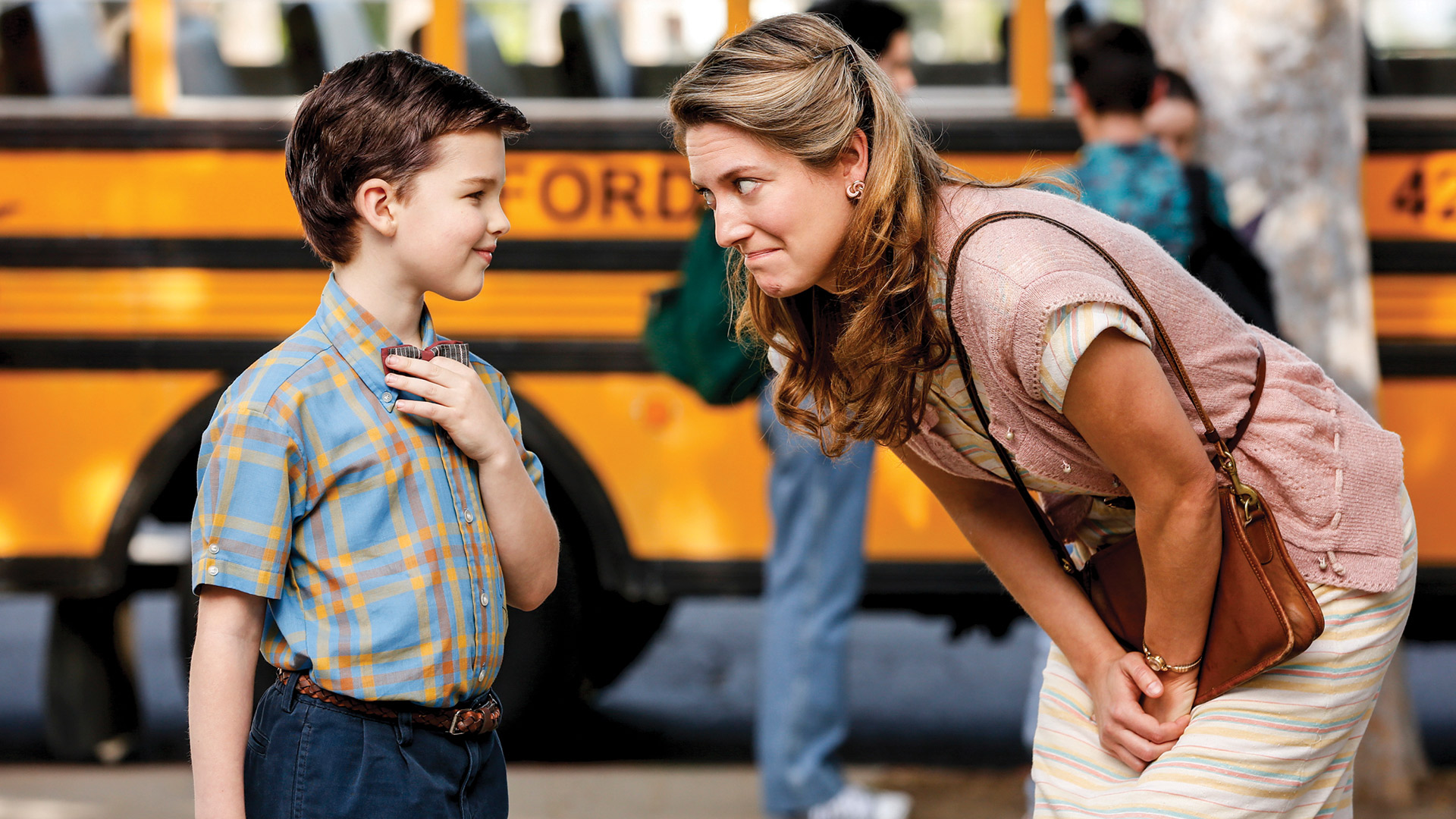 "Lord, look after my son. Don't let him get stuffed in a gym bag," muttered Mary Cooper (Zoe Perry), the mother of child prodigy Sheldon Cooper (Iain Armitage), as she took the 9-year-old to his new high school in the pilot episode of Young Sheldon. Mary Cooper was originally played by Perry's real-life mother, Laurie Metcalf, on The Big Bang Theory; the character at both generational stages embraces what it is to parent a challenging son. 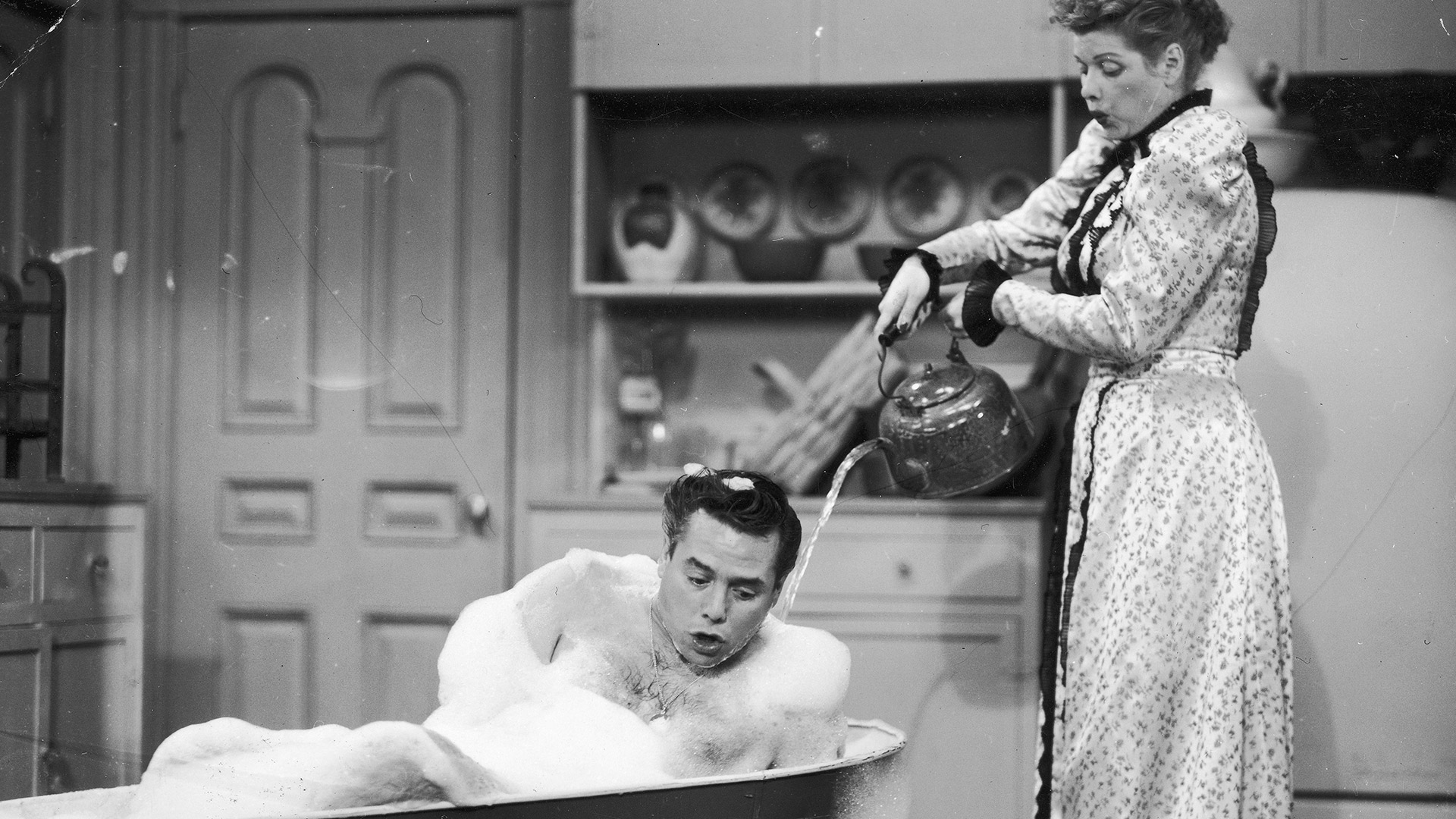 Viewers en masse gathered weekly in the 1950s (and still do in repeats) for a dose of Lucy's (Lucille Ball) endless shenanigans, Ricky's (Desi Arnaz) flabbergasted response, and—of course— that always-happy ending in I Love Lucy. "Lucy, you got some 'splaining to do!"

Real life spouses at the time, middle-class Lucy and Ricky were a couple we could relate to, root for, and always be entertained by.

Stream full episodes of I Love Lucy on Paramount+.
ADVERTISEMENT 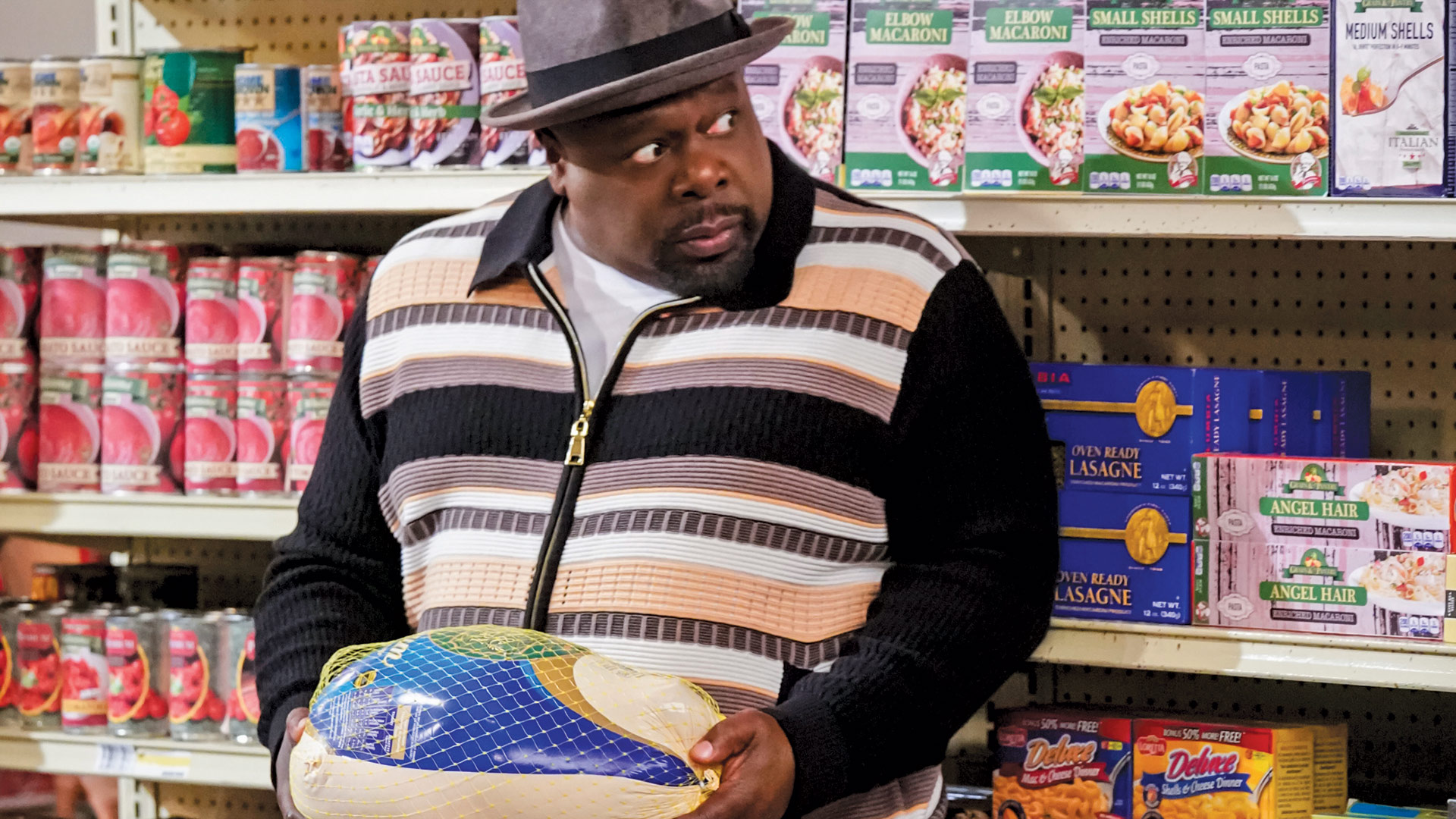 Calvin Butler (Cedric the Entertainer) is not short on opinions, nor is he shy about sharing them.

But under that gruff and overbearing demeanor is a man who loves his family and his neighborhood. From telling neighbor Dave (Max Greenfield) that he needs to appreciate his mother (Marilu Henner) while she's still around, to cherishing special holiday traditions, Calvin is all heart .

The Neighborhood airs Mondays at 8/7c on CBS. Stream anytime on Paramount+.
ADVERTISEMENT 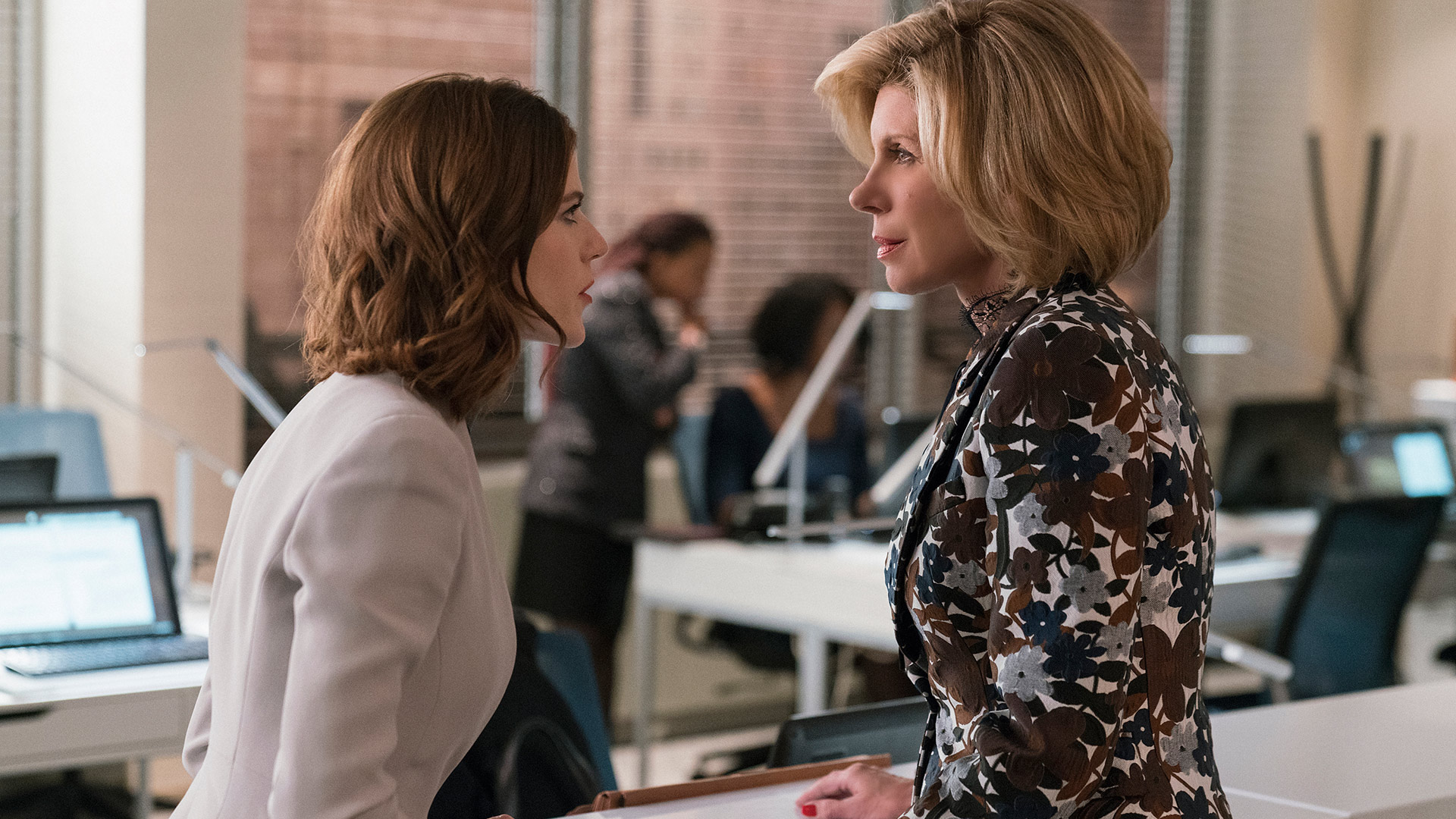 Life for Diane Lockhart (Christine Baranski) is not what she expected. On The Good Wife, she was the epitome of success, but in the first season of The Good Fight, Diane's relationships are in shambles and she has lost most of her fortune in a Ponzi scheme connected to her goddaughter's family.

The bright spot: her intense connection to that goddaughter, Maia Rindell (Rose Leslie). Indeed, the two have hit the reset button together, working for a Chicago law firm with Diane's former colleague, Lucca Quinn (Cush Jumbo). 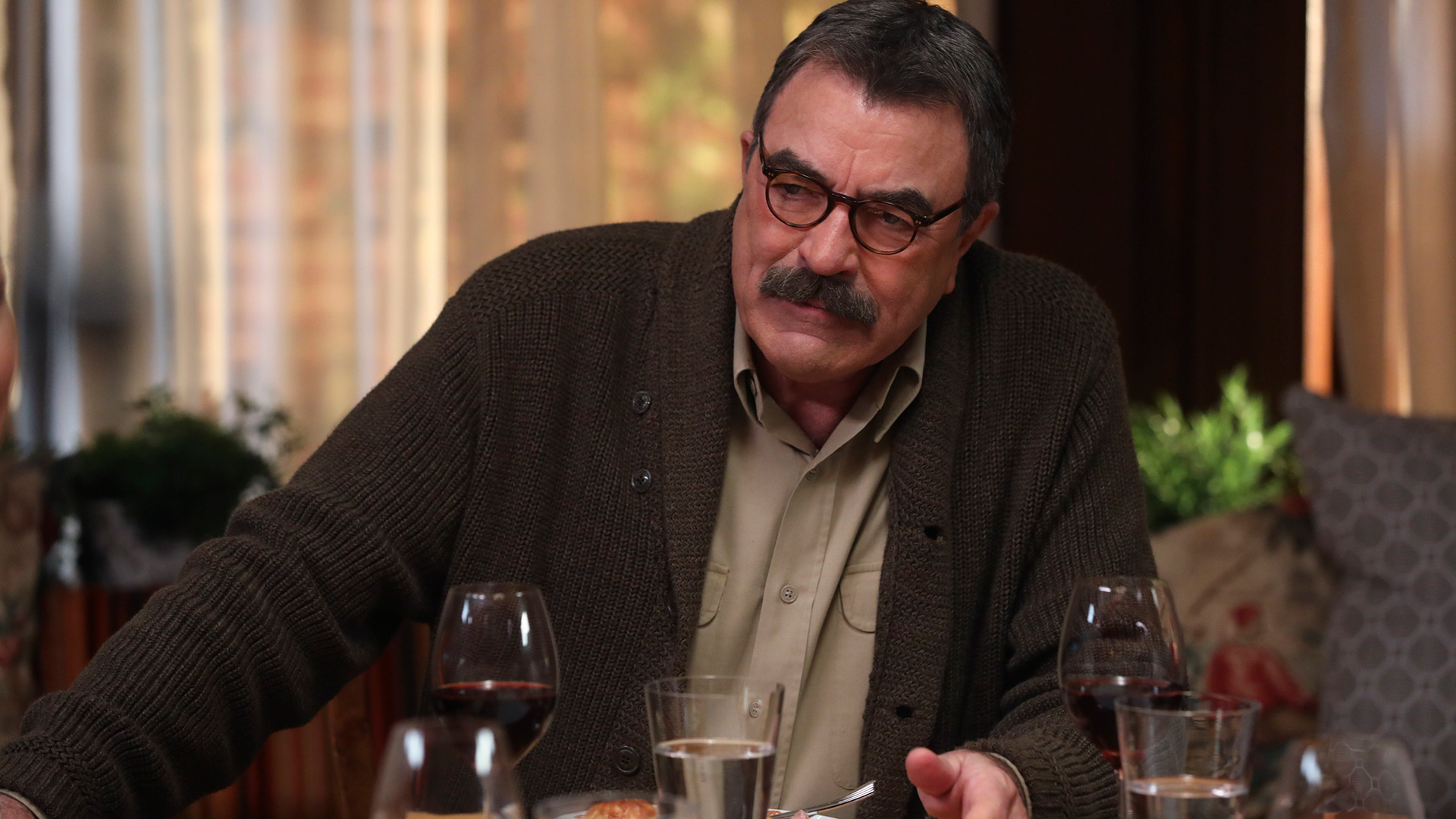 While the law-enforcement officer spends plenty of his off-duty time refereeing family squabbles, he's rightly confident that at this table, everyone has each other's backs. 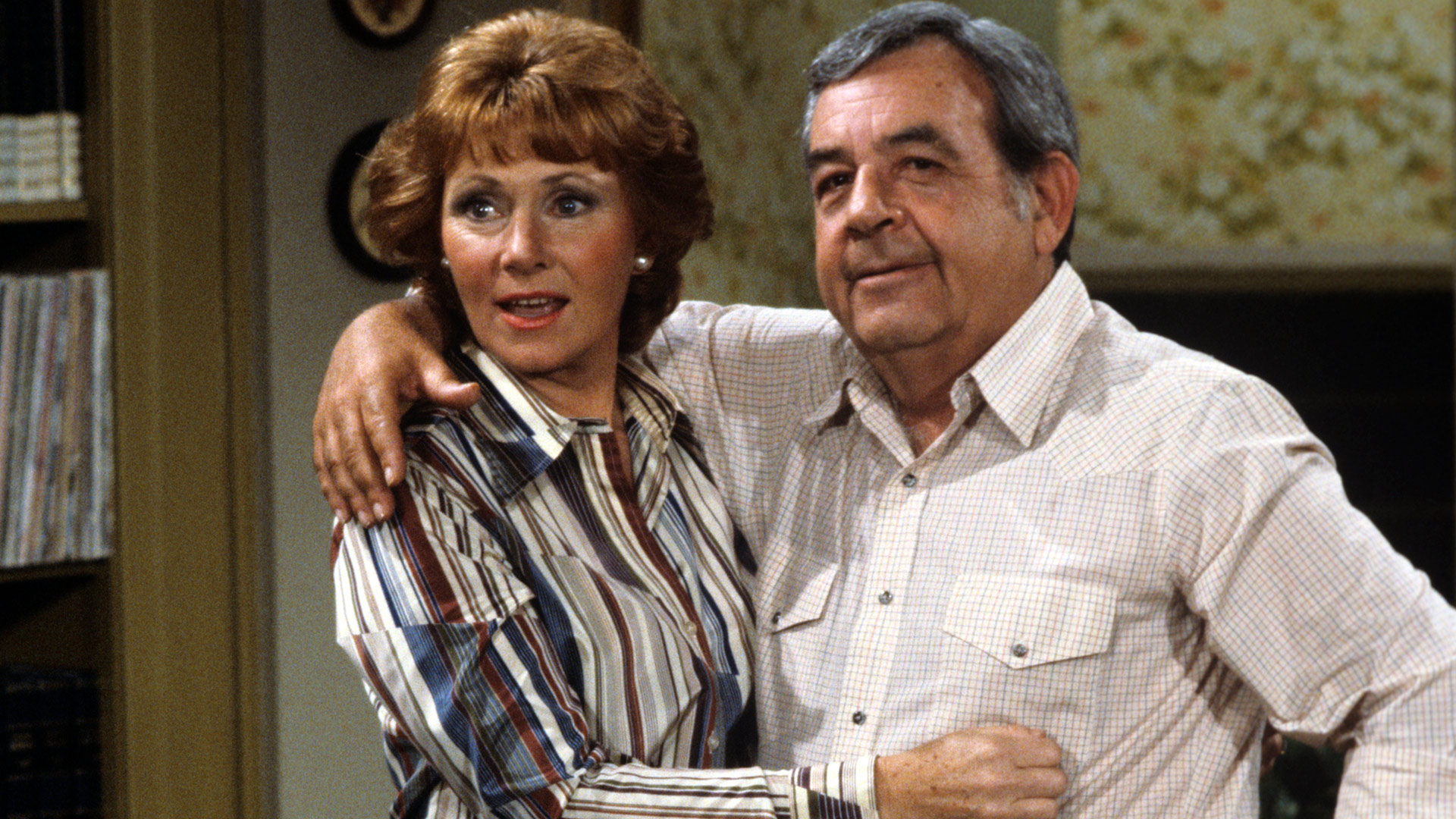 In classic CBS sitcom Happy Days, Howard (Tom Bosley), who owned a hardware store, and Marion (Marion Ross), who was a traditional homemaker, were the sensible parents the neighborhood teens in Milwaukee of the 1950s (and eventual 1960s) always gravitated to.

Marion, in fact, was the only person who referred to their tenant, Arthur (aka "Fonzie," Henry Winkler) Fonzarelli, by his real name. And they were the only ones who would stand up to "Fonzie" when he needed some parenting. 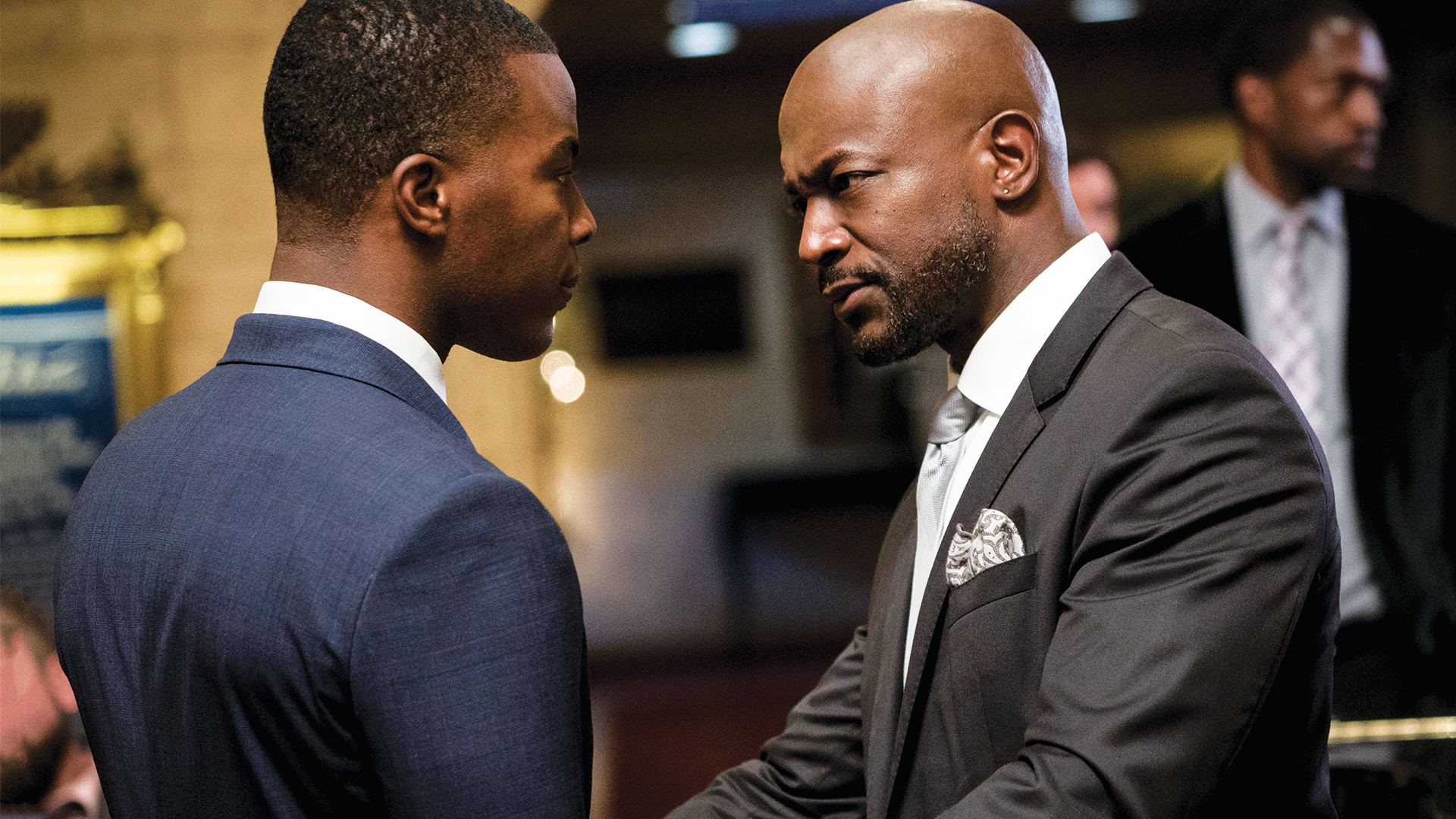 As the varsity coach of fictional South Crenshaw High School in Los Angeles, Billy Baker (Taye Diggs) is a father figure to many, including star athlete Spencer James (Daniel Ezra), who eventually moves into his coach's home.

Their poignant relationship showcases the positive power of parenting—even when the father figure isn't related by blood.

All American airs Mondays at 8/7c on The CW. Stream next day free only on The CW! 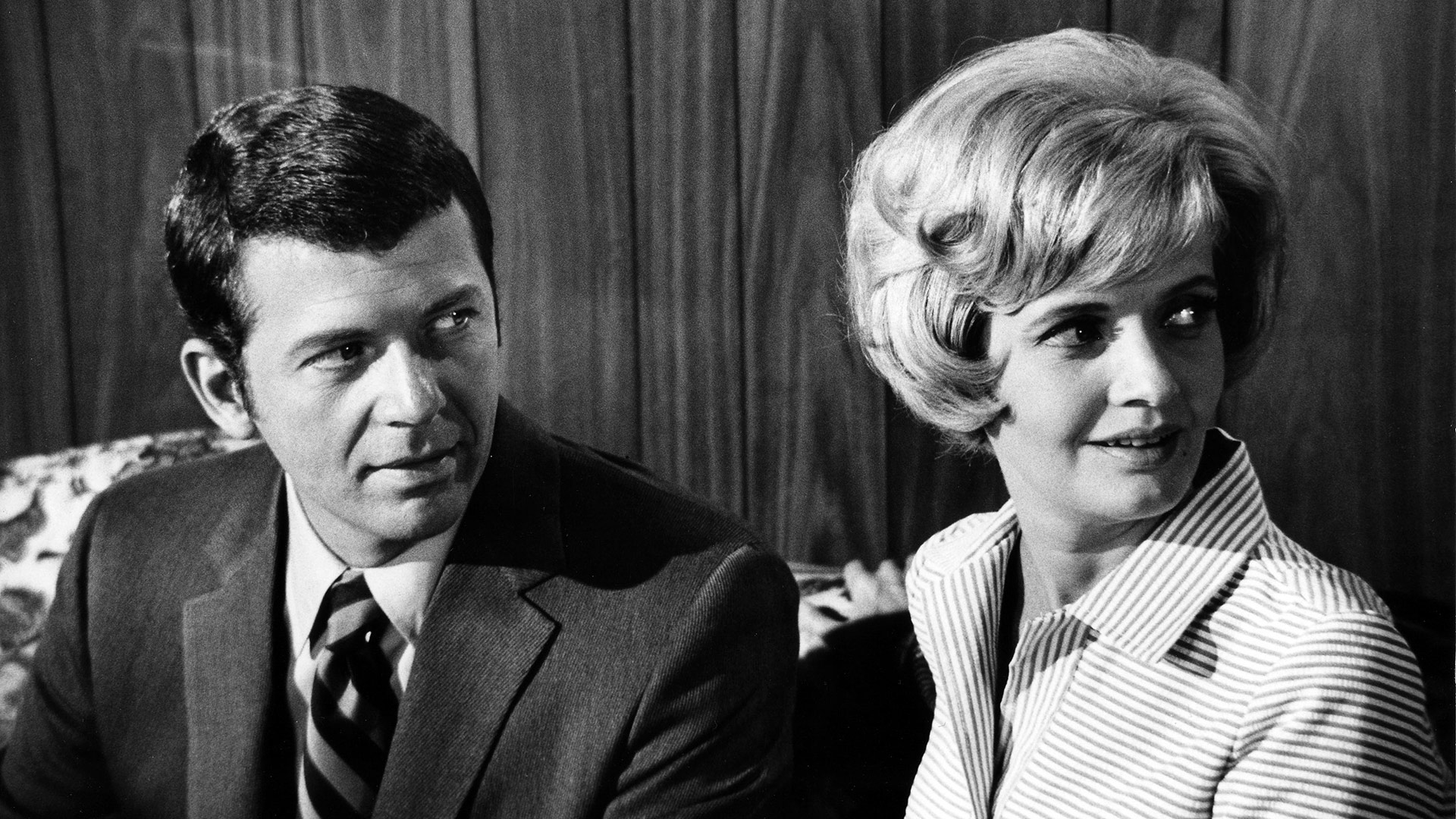 And happy there were, with this clan of eight, plus Ann B. Davis as Alice, the epitome of the family sitcom on The Brady Bunch.

Stream full episodes of The Brady Bunch on Paramount+.
ADVERTISEMENT 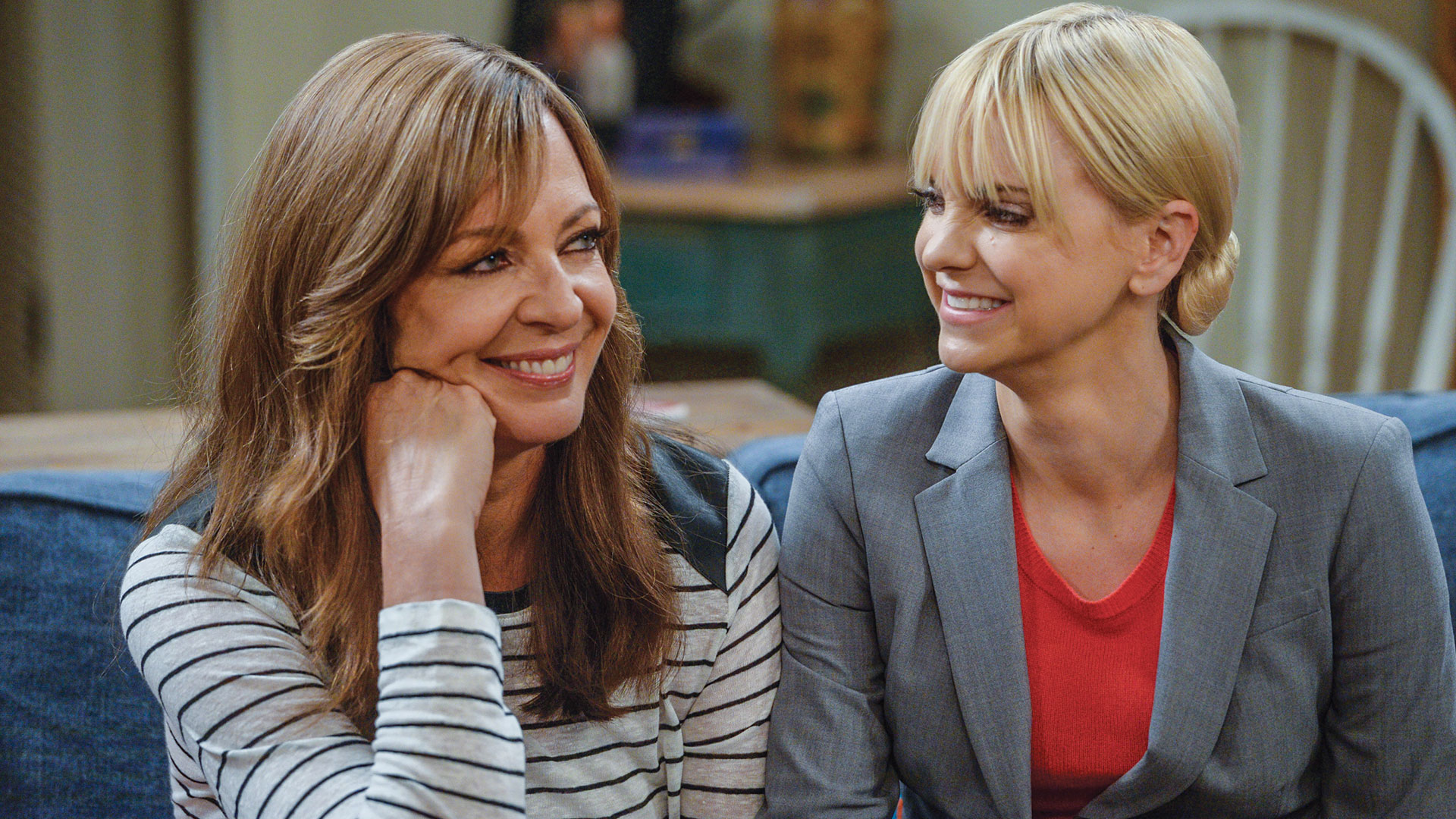 When Mom began eight seasons ago, Christy Plunkett (Anna Faris) was a single mother trying to restart her life by getting a job, raising her kids and attending Alcoholics Anonymous meetings. Seeing Christy thrive both professionally and as a parent, often with the help and love of formerly estranged mother Bonnie Plunkett (Allison Janney), gives us all the feels.

Don't miss the series finale of Mom on Thursday, May 13 at 9/8c on CBS. Stream anytime on Paramount+.
ADVERTISEMENT 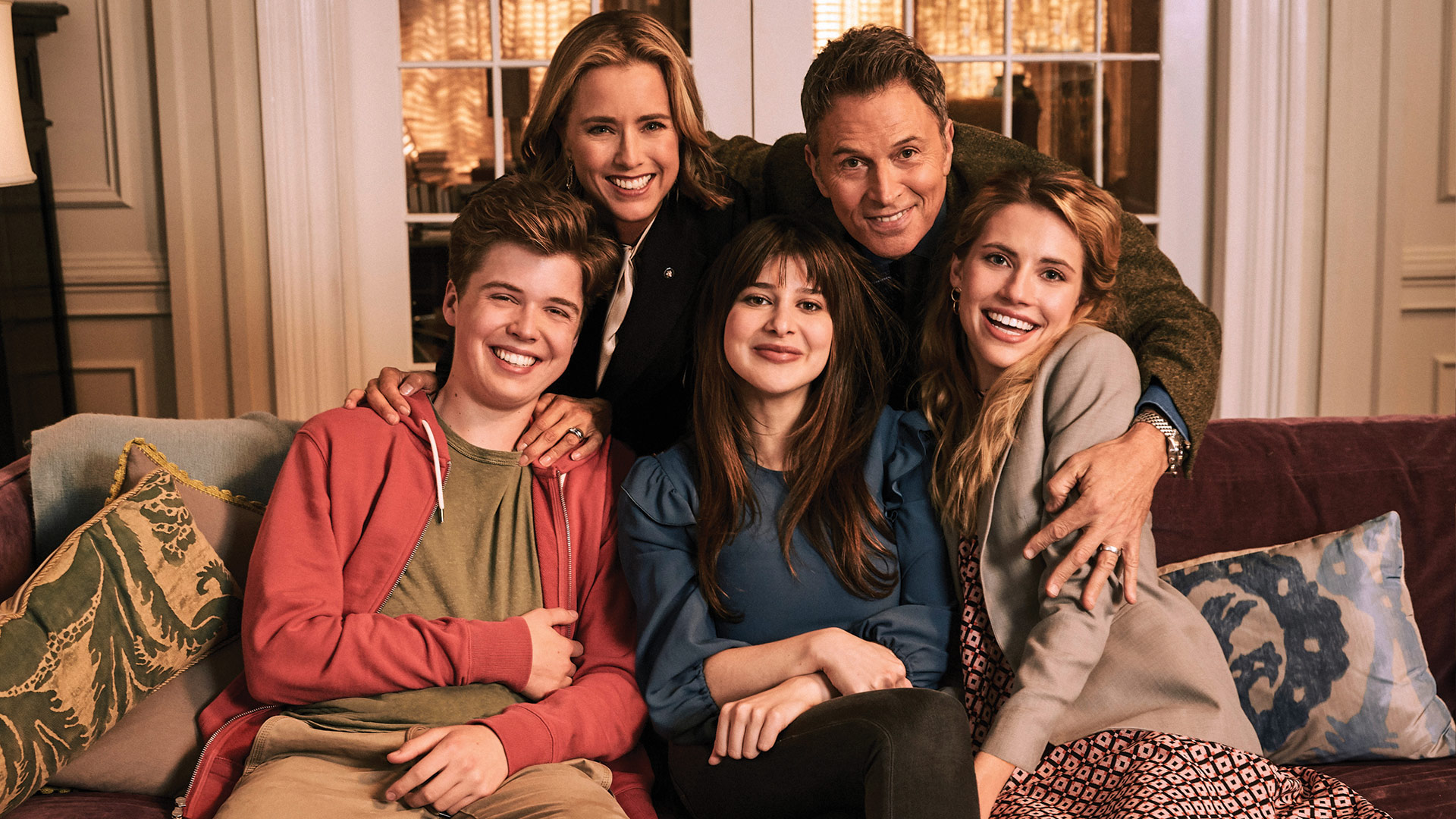 As a former CIA analyst who becomes a professor and then Secretary of State—also a wife and the mother of three children—McCord (Téa Leoni) epitomizes women striving to be their best at work and at home in Madam Secretary.

Onscreen, McCord does a mighty job of accomplishing both. Offscreen, Leoni is familiar with her character's struggles, having spoken honestly about the challenges of being a working mother of two.

Stream all seasons of Madam Secretary on Paramount+.
ADVERTISEMENT 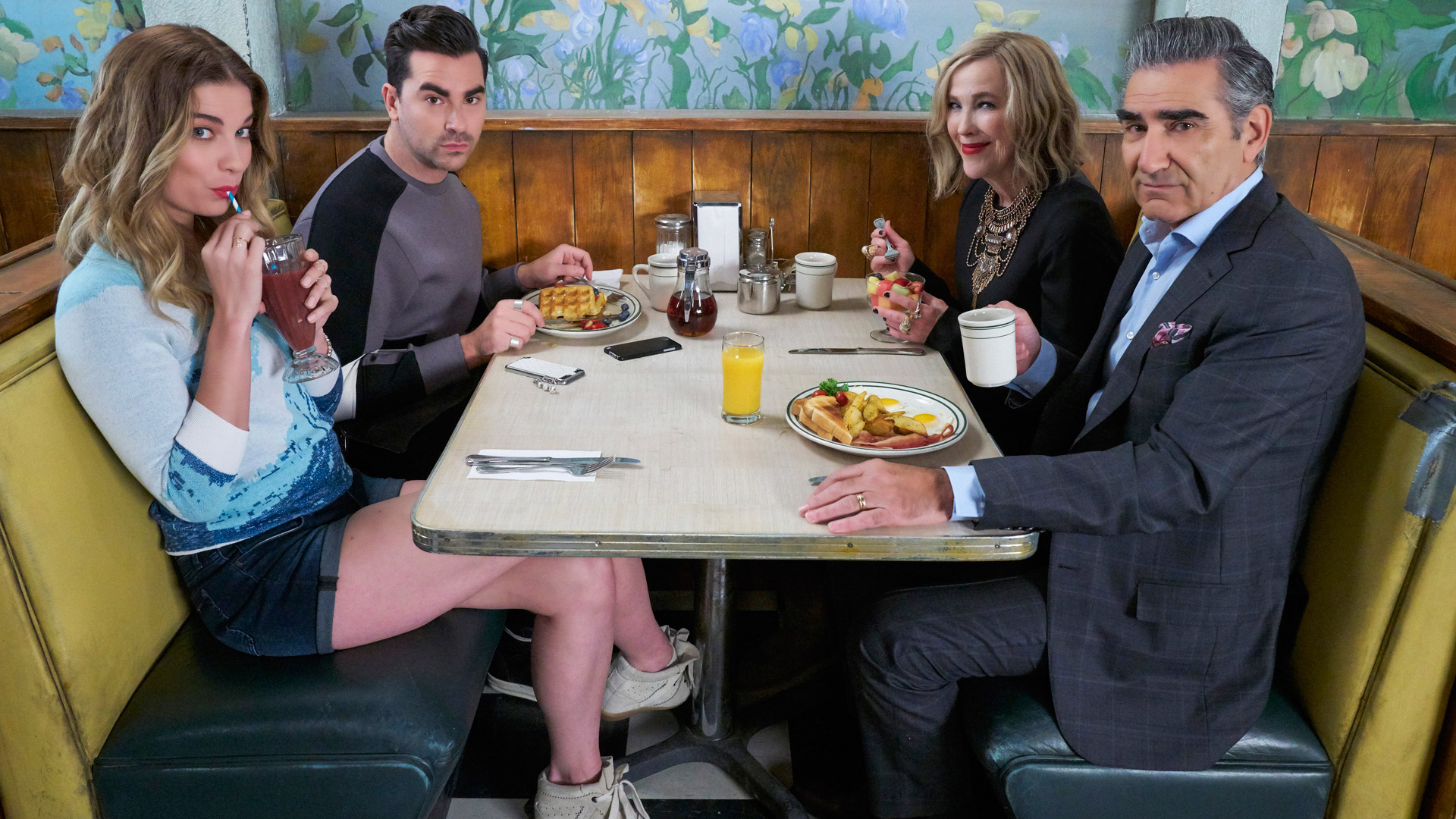 Played by real father and son Eugene and Dan Levy, Johnny and David Rose were once part of a family so rich that Johnny bought the town of Schitt's Creek as a joke birthday gift.

But when the family loses their fortune, they are forced to live in two adjacent rooms of a rundown motel in Schitt's Creek. The series also features Eugene Levy's daughter Sarah as diner waitress Twyla Sands. The family chemistry clearly works: Schitt's Creek has won critical accolades and legions of fans. 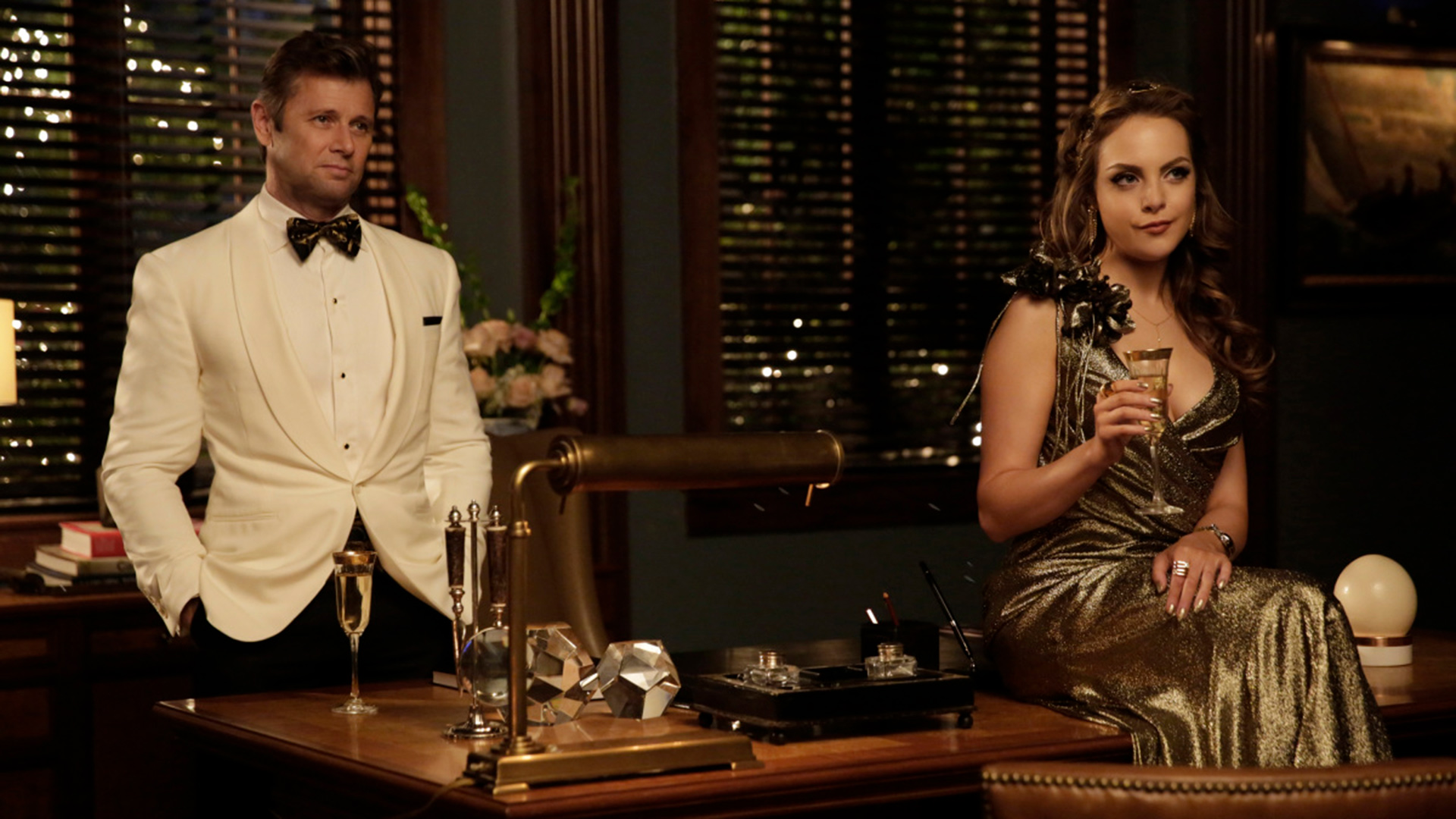 Ah, the treacherous trials and tribulations of blended families. In The CW's reboot of the 1980s primetime soap Dynasty, Blake (Grant Show) and his daughter Fallon (Elizabeth Gillies) continue to rise from the ashes and redefine themselves after a major personal loss, as well as the sale of their family's company.

The rivalry between the Colbys and Carringtons is heating up, but despite all the rocky relationships, the Carringtons continue to prove that there's nothing like the diamond-encrusted ties that bind.

Dynasty airs Fridays at 9/8c on The CW. Stream next day free only on The CW!
ADVERTISEMENT 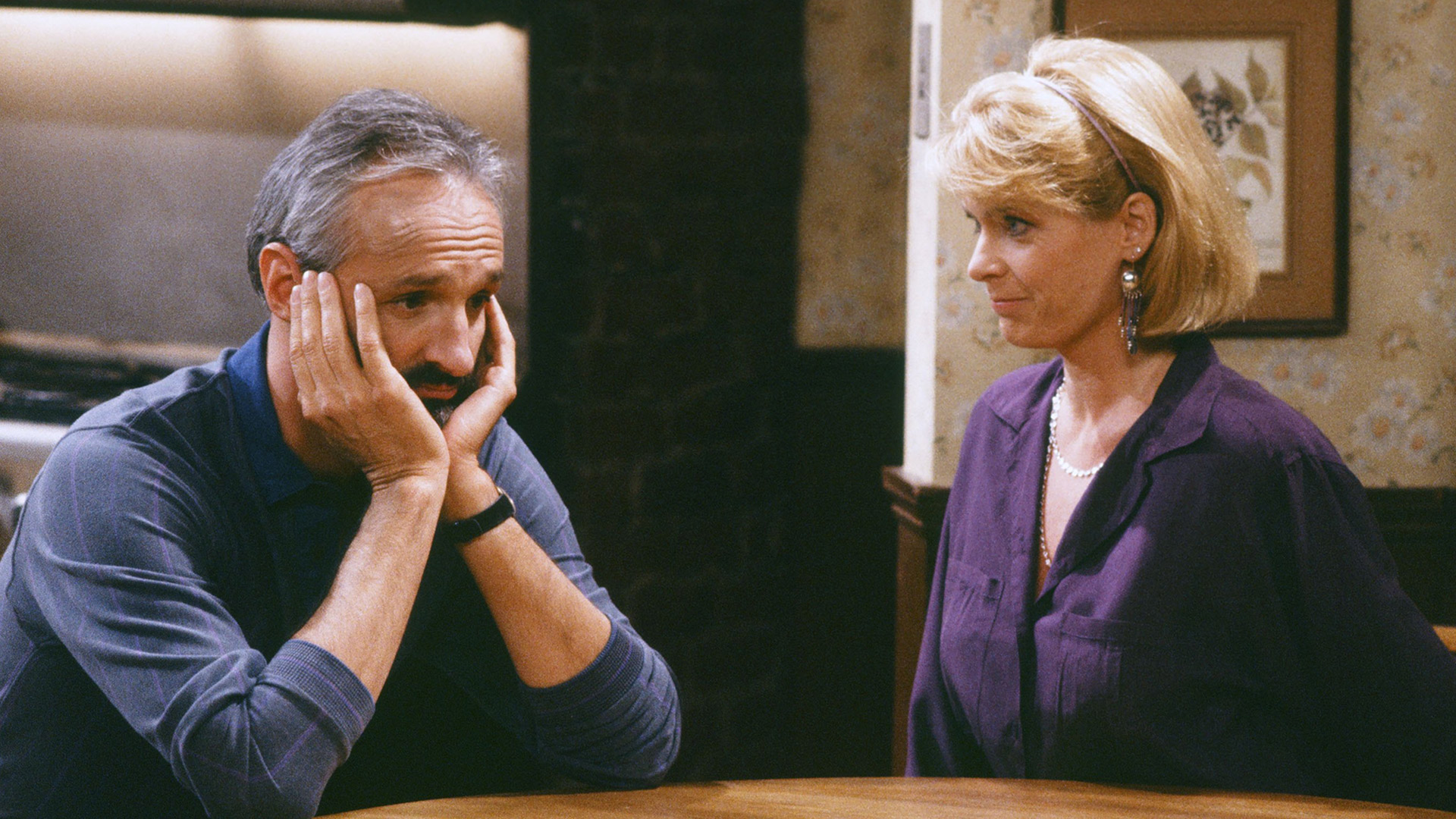 Factor in the arrival of baby Andy in season five, and there "wasn't anything they could not love each other through." Sha-la-la-la. 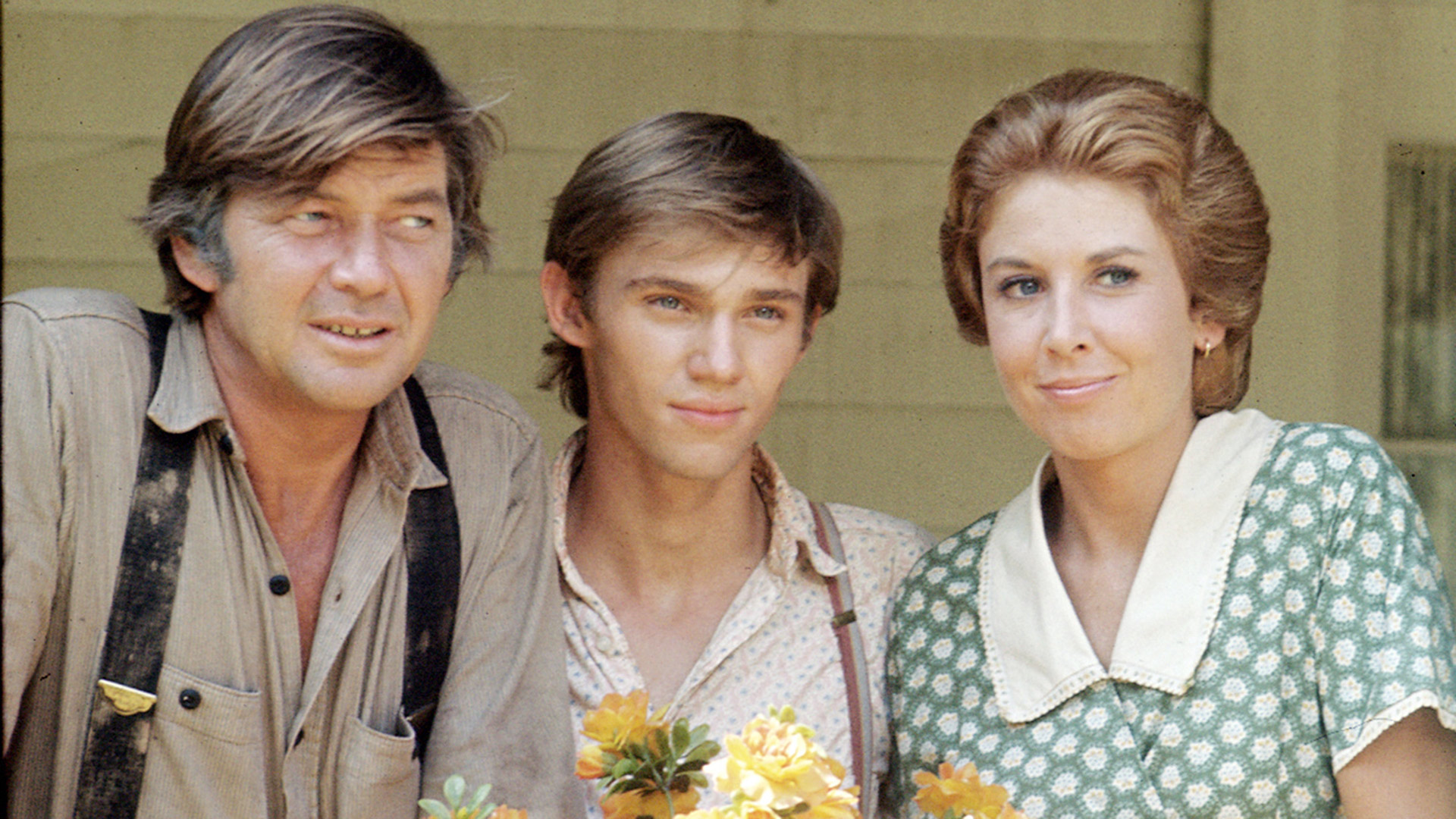 John and Olivia Walton, The Waltons

"Damn this Depression!," The Waltons mom Olivia (Michael Learned) once muttered to stern but loving grandmother Esther (Ellen Corby) in frustration how hard her husband John (Ralph Waite) was working to support his large family in the financially troubled 1930s.

But love, and great faith, was the recipe for this family of 11 in the picturesque fictional Waltons Mountain, Virginia. No day, of course, was complete with each family member saying good night at the end of each episode.