Whether they’re portraying professional or personal partnerships, these actor pairings bring sizzle to our summer viewing. 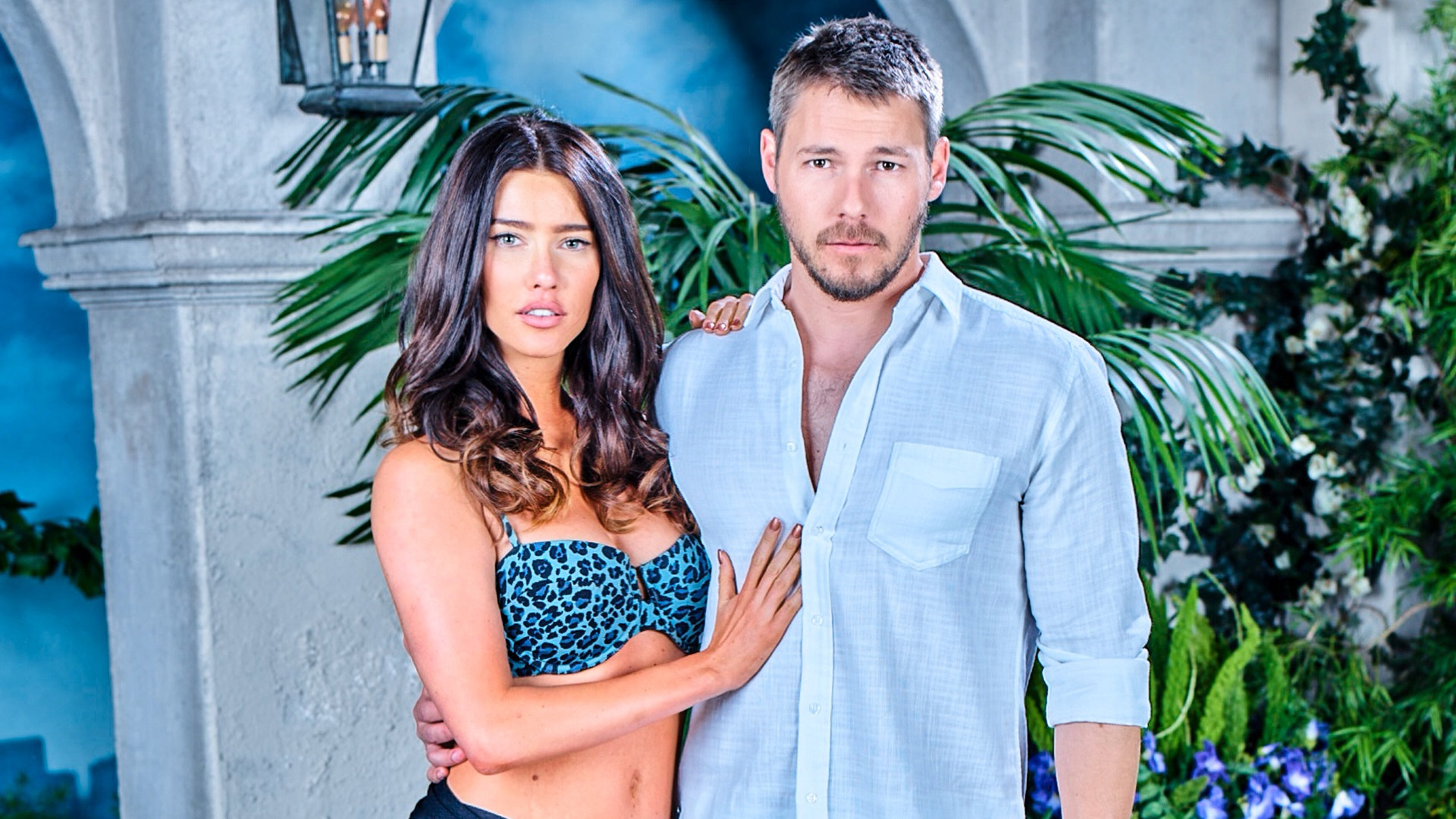 There's only one thing that showcases a great actor better than a wonderful role, and that's playing the role opposite another great actor—like The Bold and the Beautiful stars Jacqueline MacInnes Wood (Steffy Forrester) and Scott Clifton (Liam Spencer).

Healthy romantic relationships aren't always easy to maintain, but star-crossed lovers Steffy and Liam have faced more hurdles to happiness than most. What happens next on B&B is anyone's guess, but when Steffy and Liam are together, they're golden.

Whether they're portraying professional or personal partnerships, these actor pairings bring sizzle to our summer viewing. Scroll to see more of our favorite TV duos.

Watch The Bold and the Beautiful Weekdays on CBS and CBS All Access.
ADVERTISEMENT 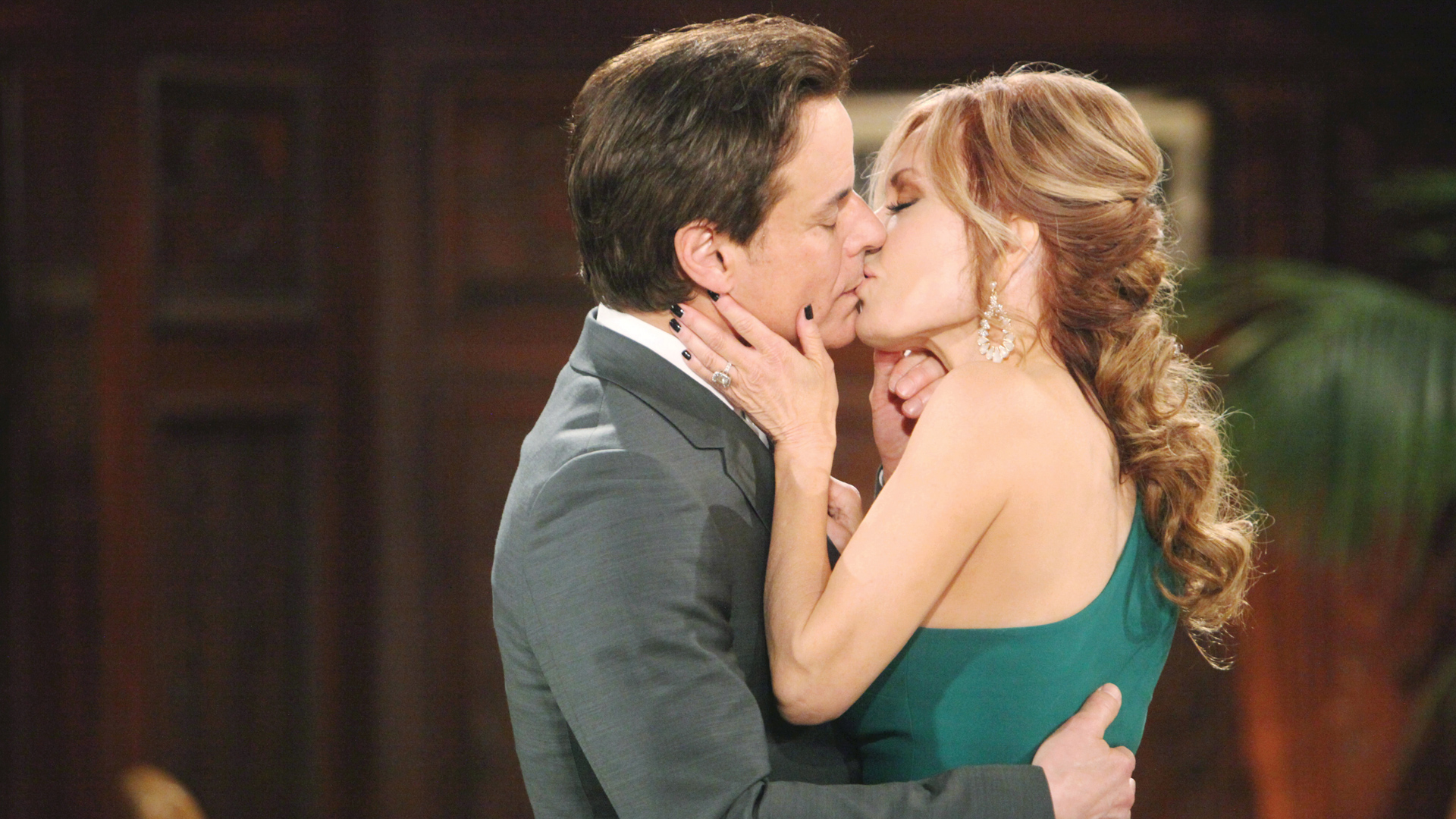 Christian Jules Le Blanc and Tracey E. Bregman, The Young and the Restless

Sexy, smart, and a little mischievous, Michael Baldwin and Lauren Fenmore Baldwin are one of the hottest super-couples of CBS Daytime. The Y&R characters have encountered decades of soapy drama—and actors Christian Jules Le Blanc and Tracey E. Bregman have been there every step of the way. He's played Baldwin since 1991; she's portrayed Fenmore since 1983.

Watch The Young and the Restless Weekdays on CBS and CBS All Access.
ADVERTISEMENT 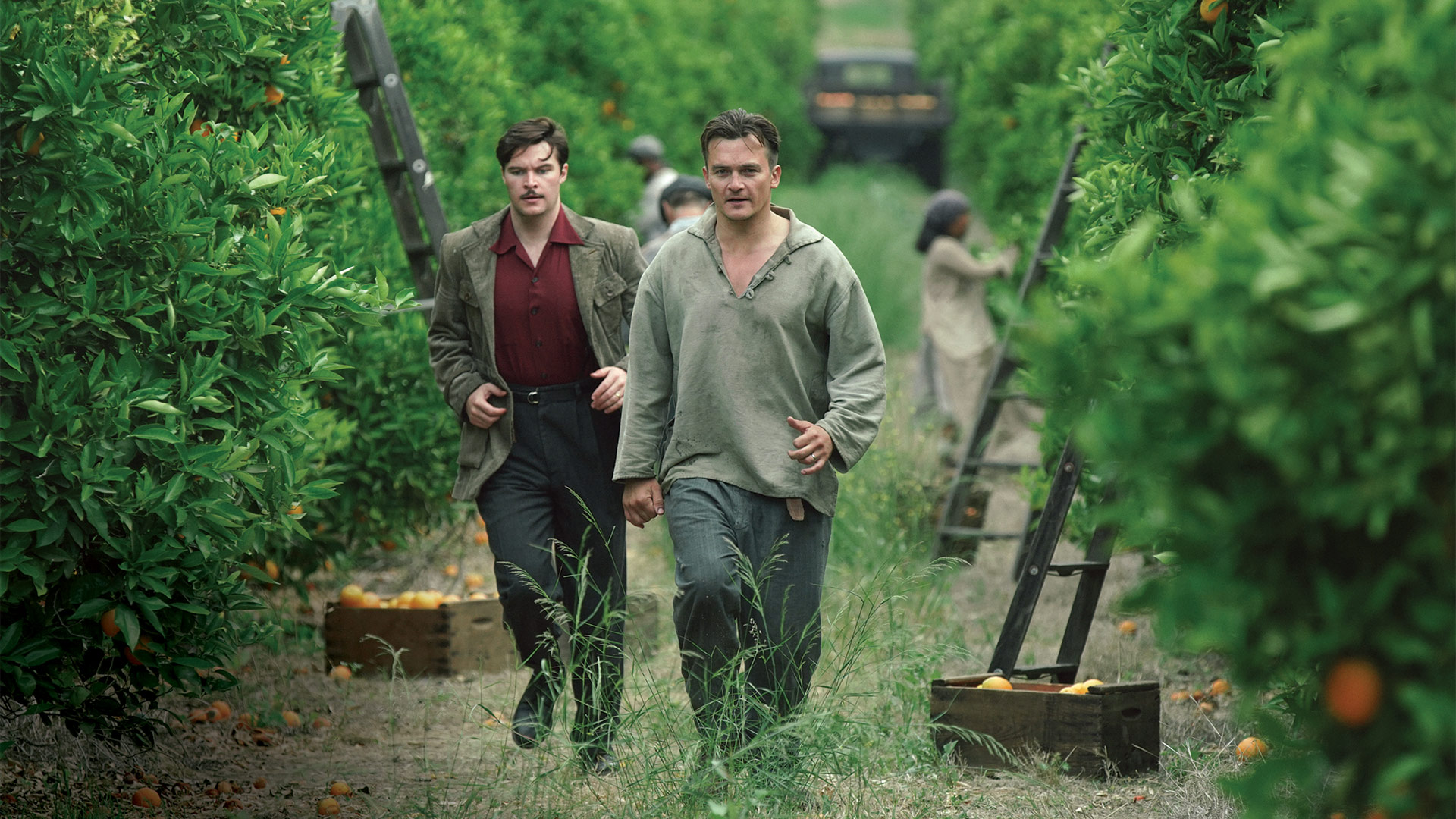 Sex and rocket science are the twin engines fueling Strange Angel, the drama about real-life groundbreaking thinker Jack Parsons (Jack Reynor), who lived in L.A. before and during World War II. Jack only dreams of flight until he meets Ernest Donovan, played by Rupert Friend, a neighbor who becomes his guide into occult practices in which adherents of the unorthodox Aleister Crowley abandon every inhibition.

Together, they embark on a treacherous path as Ernest plays to Jack's unending curiosity. No doubt about it, this one's a scorcher. 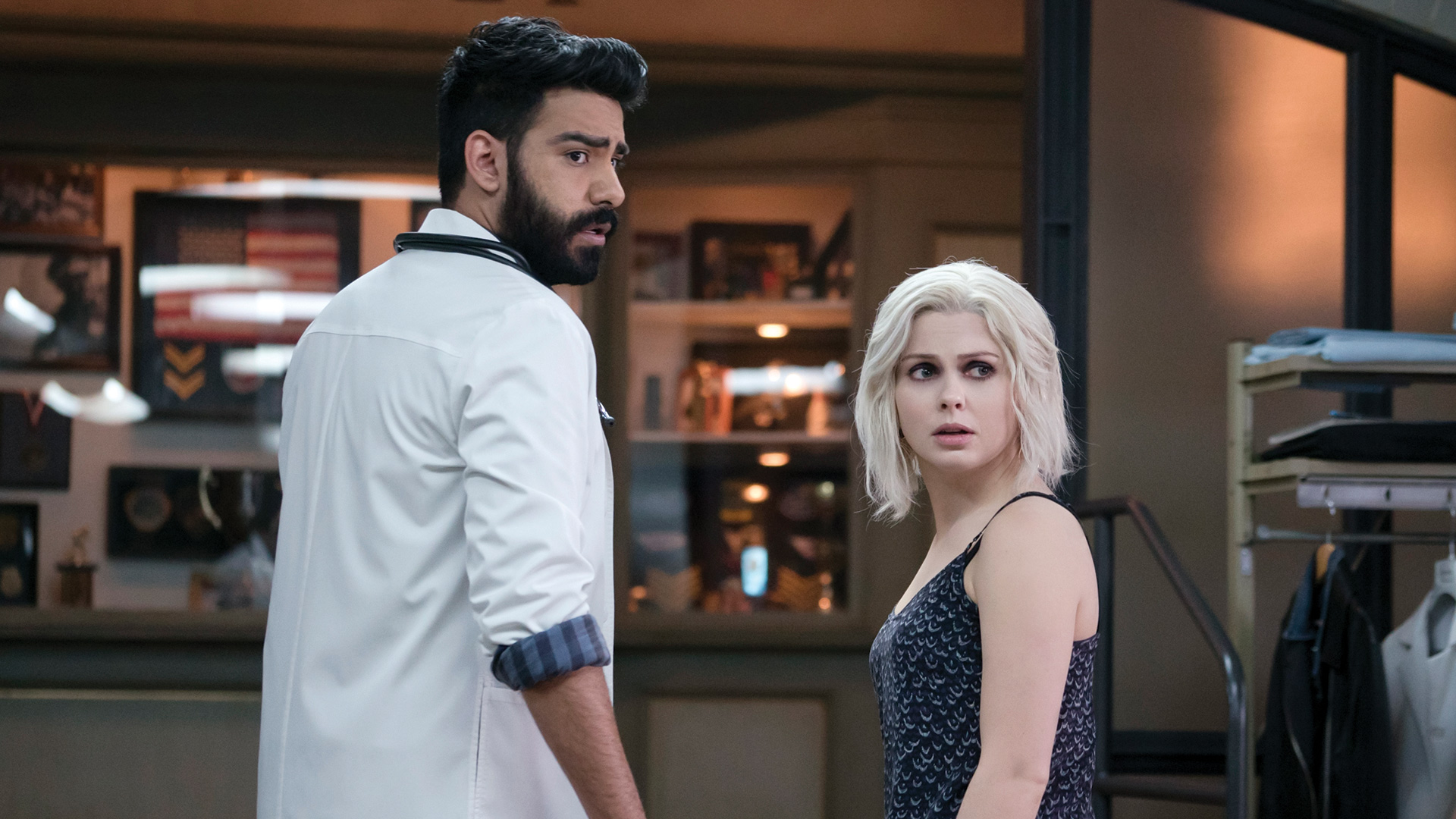 Ever since he first encountered not-exactly-living Liv Moore (Rose McIver), nerdy Seattle medical examiner Dr. Ravi Chakrabarti (Rahul Kohli) has been a constant platonic presence in her life (undeath?). Solving crimes and keeping secrets, the two have experienced more than their fair share of travails, but through it all, their friendship lends the series spirit and vitality. 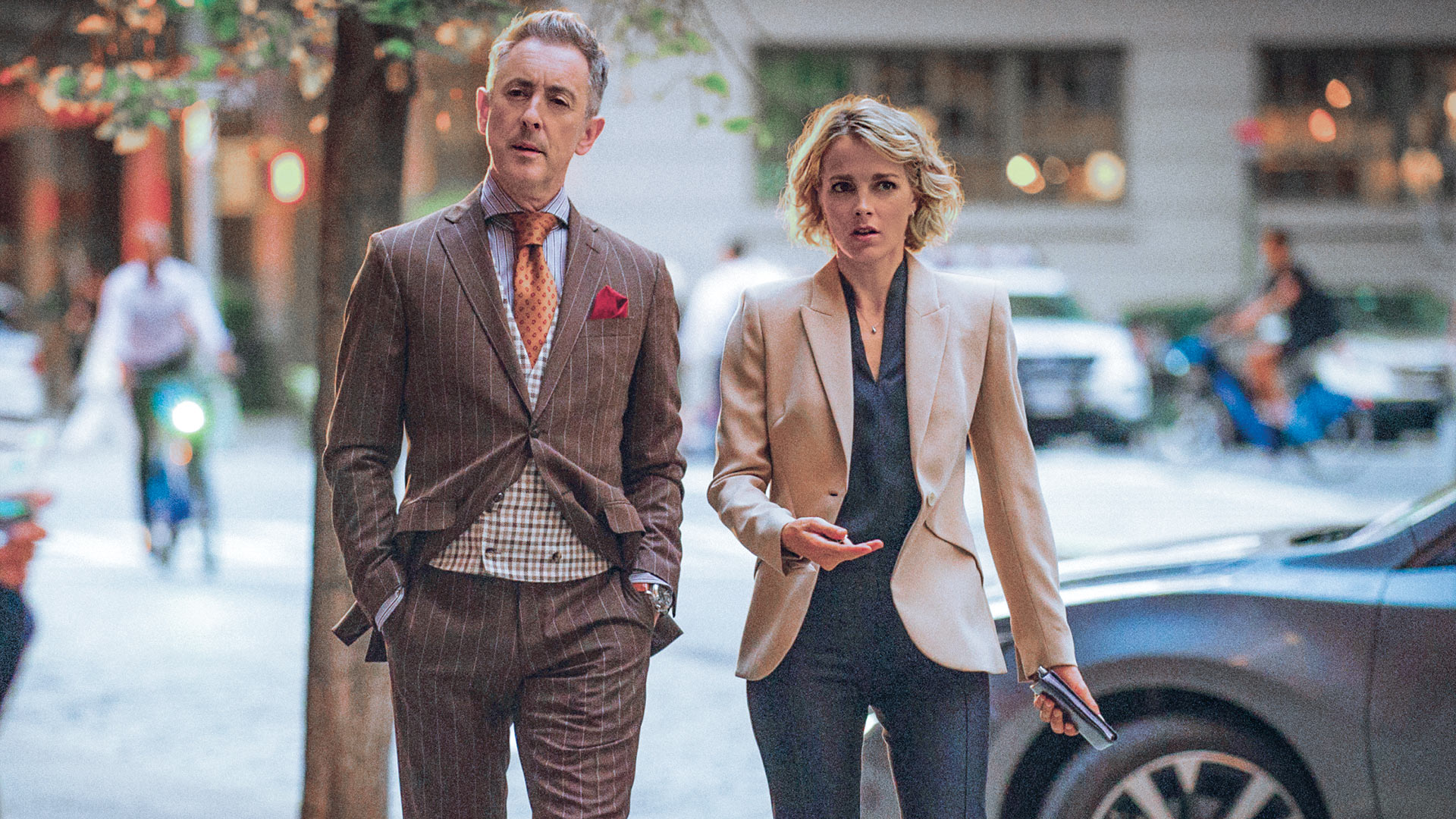 Watch Instinct on Sundays at 9/8c on CBS and CBS All Access.
ADVERTISEMENT 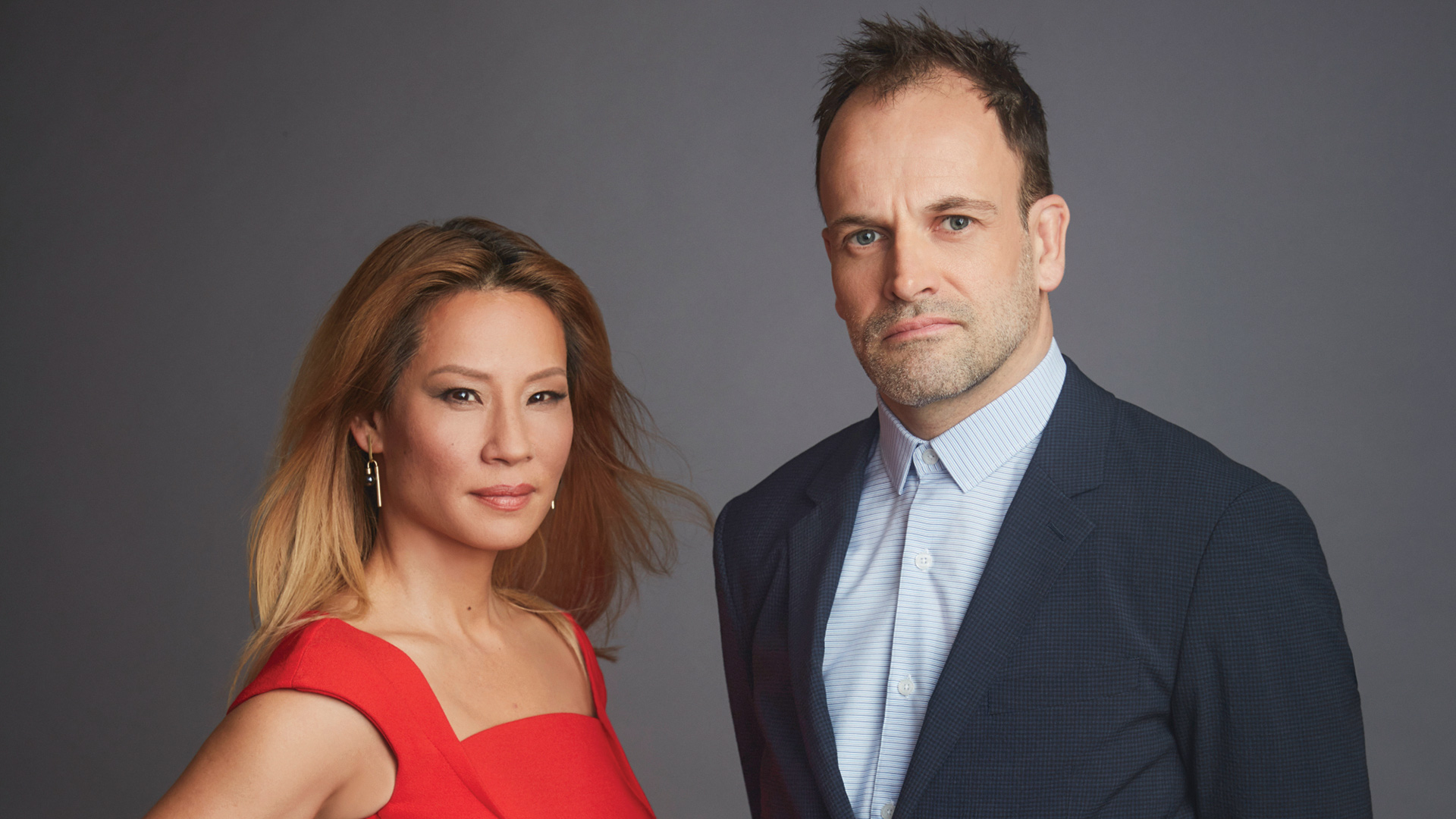 Few pairings are as time-tested as Sherlock Holmes and Doctor Watson, the great detective and the loyal physician who keeps the gifted genius in line. In this clever and modern twist—now in its seventh and final season—Jonny Lee Miller is Holmes to Lucy Liu's Doctor Joan Watson. These brainiacs are equally prickly but devoted to one another: When Watson tells Sherlock, "We're partners," he responds, "No, we're much better than that. We're two people who love each other. We always have been."

Stream full episodes of Elementary on CBS and CBS All Access.
ADVERTISEMENT 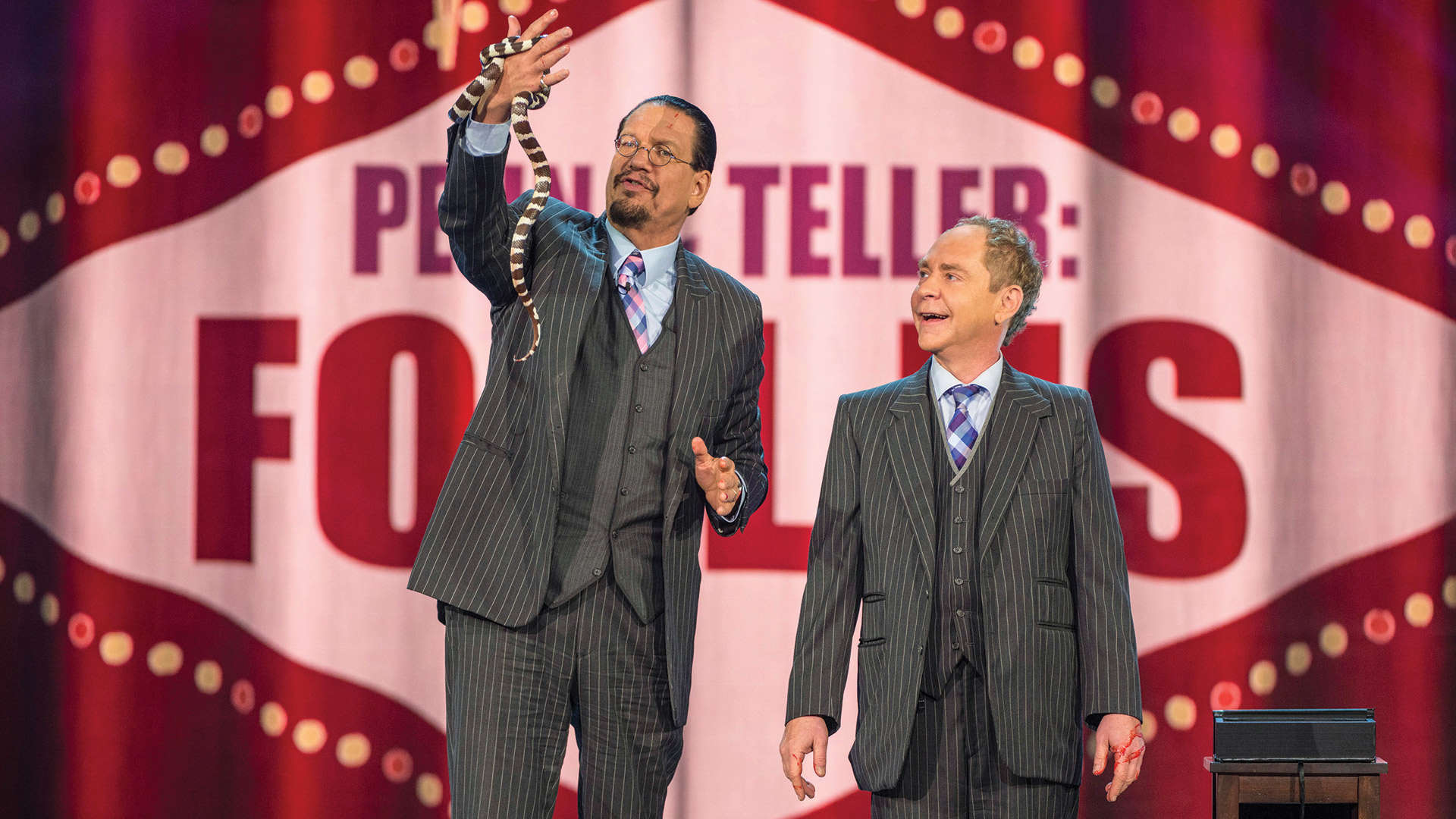 After four decades performing magic, Penn Jillette and Teller really know how to cast a spell. Together, the dynamic duo headline their playfully titled reality show Penn & Teller: Fool Us, daring practicing illusionists to outsmart them with spectacular trickery. Teller might not verbalize his thoughts, but voluble Jillette seems to understand what his partner's thinking. By now, mind reading just goes with the territory.

Watch Penn & Teller: Fool Us on Mondays at 8/7c on The CW.
ADVERTISEMENT 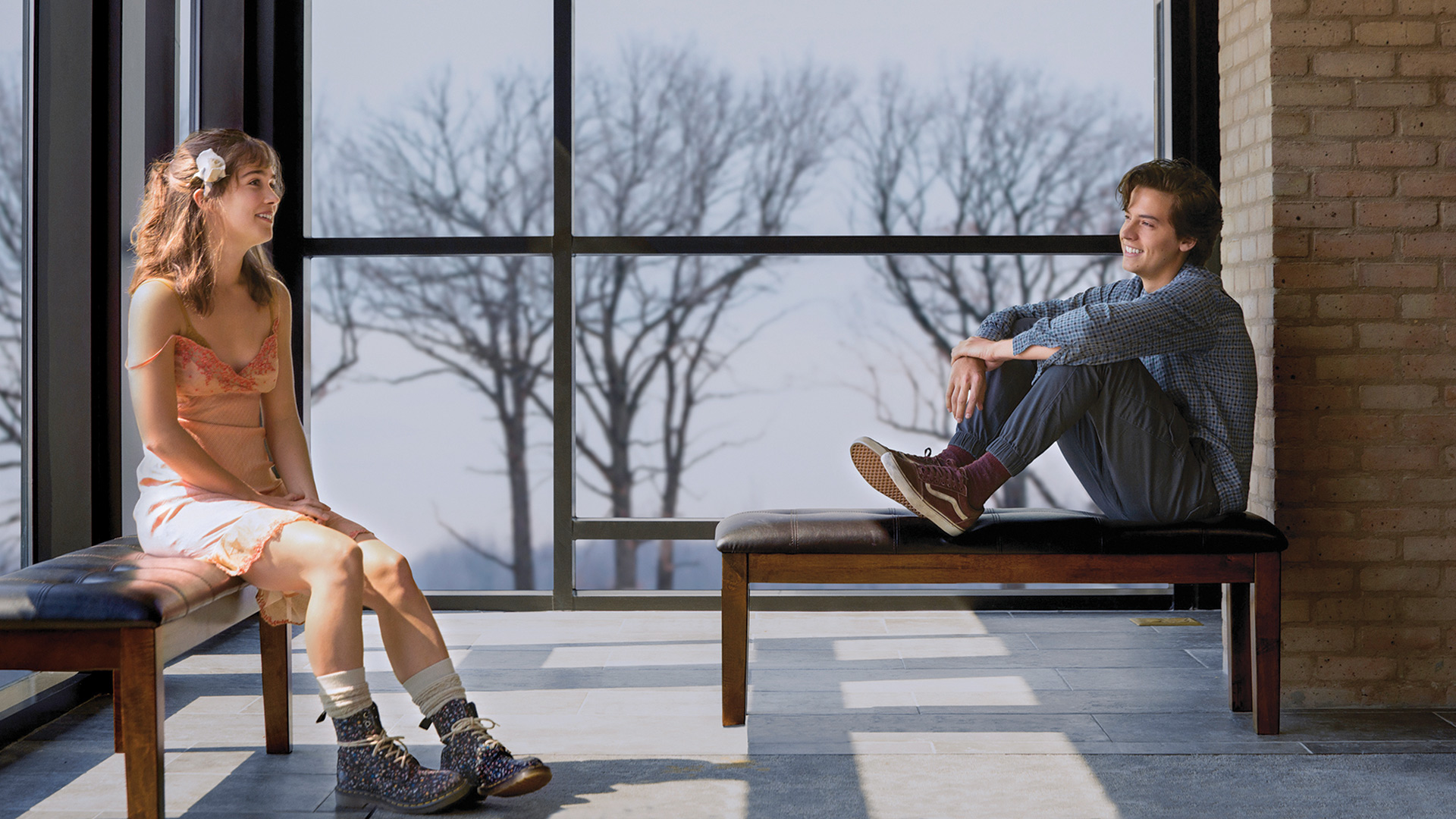 Stella is a 17-year-old cystic fibrosis patient whose life of routine is upended when she meets charming fellow patient Will; the two become increasingly close even as the risk of cross-infection keeps them physically separated. The charismatic leads played by Haley Lu Richardson and Cole Sprouse, gave weight to the teen romance when it opened in theaters this spring, but for anyone who missed it, Stella and Will's sweet rapport plays just as well on the small screen. All the better to weep in the privacy of one's own living room. 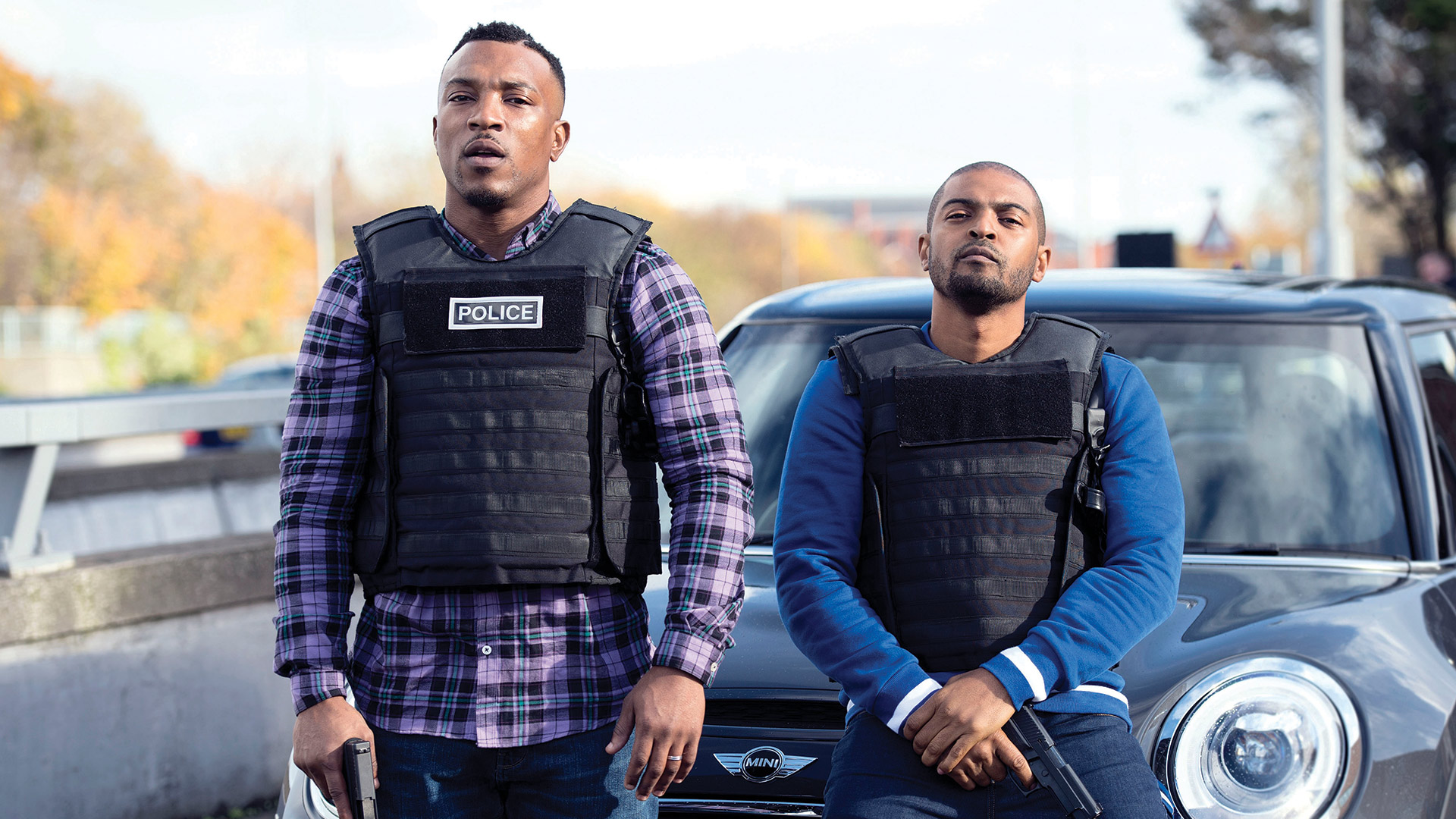 Aaron Bishop (Noel Clarke) was raised on the streets, never knowing his father; Ronnie Pike (Ashley Walters) is the son of a decorated officer and a committed family man. Despite their divergent pasts, the two undercover cops form an unbreakable, brotherly bond in Bulletproof—new action drama imported from England.

Watch Bulletproof on Wednesdays at 8/7c on The CW.
ADVERTISEMENT 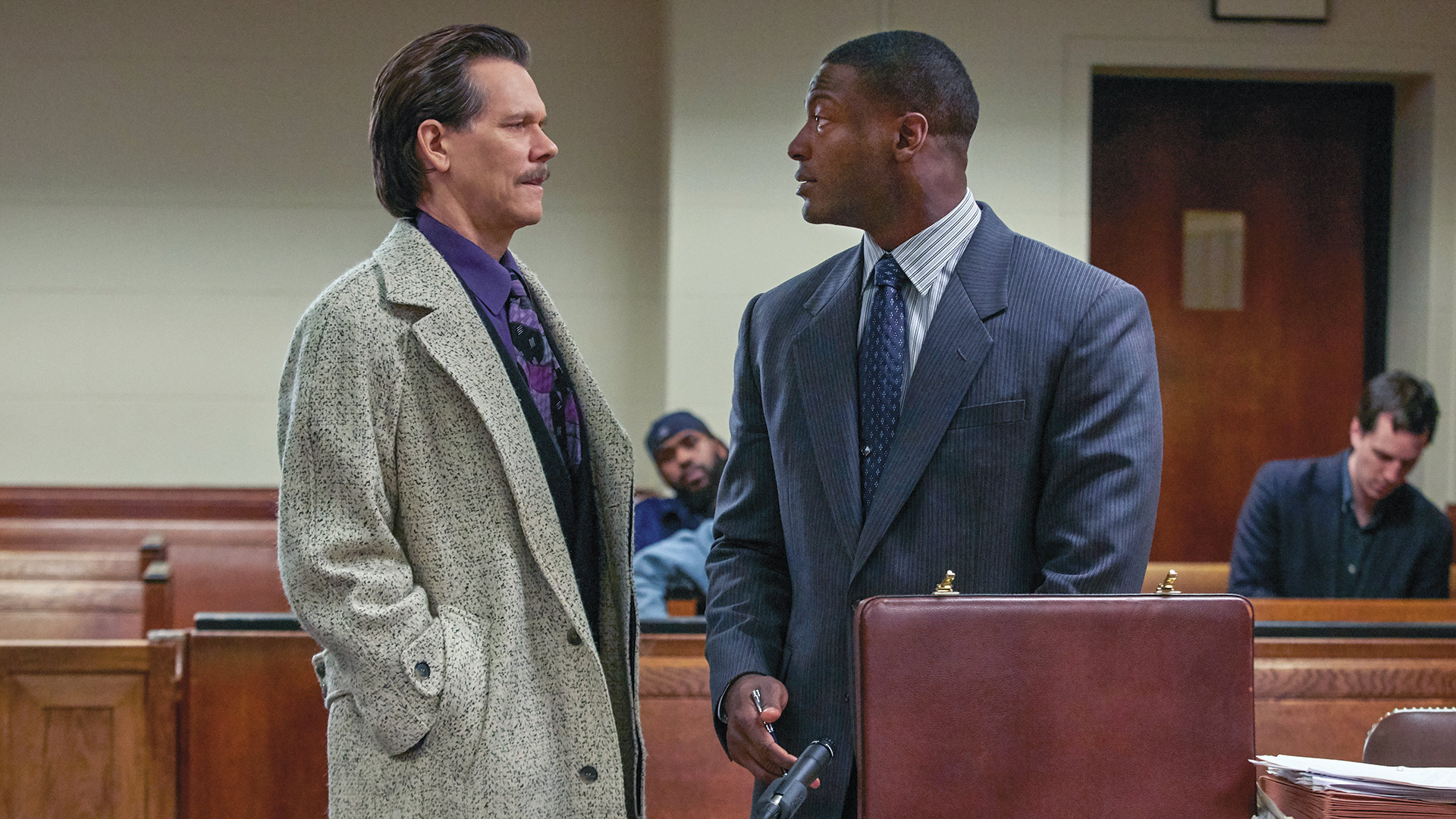 Kevin Bacon and Aldis Hodge, City on a Hill

Jackie Rohr, played by Kevin Bacon, is a veteran FBI agent willing to bend the rules to get results. He forms an unlikely partnership with assistant district attorney Decourcy Ward, played by Aldis Hodge, who comes to Boston from Brooklyn following the St. Clair Commission's recommendation for mass reform of the Boston Police Department. His strong sense of morality serves as a foil to Rohr's ethically questionable tactics.

City on Hill airs Sundays at 9 p.m. ET/PT on SHOWTIME and streams on SHOWTIME ANYTIME.
ADVERTISEMENT 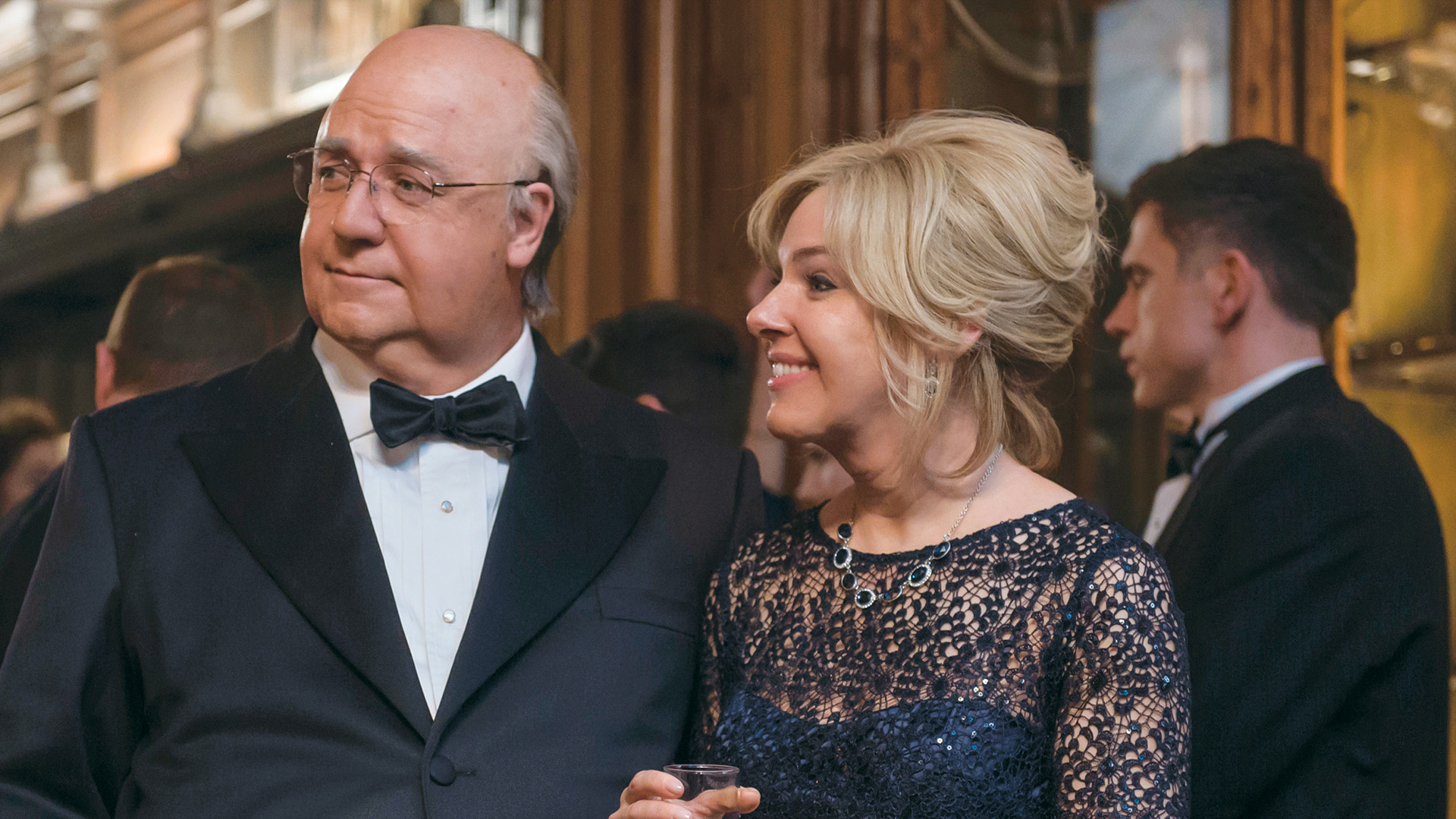 The Loudest Voice airs Sundays at 10 p.m. ET/PT on SHOWTIME and streams on SHOWTIME ANYTIME.
ADVERTISEMENT