"The origins of Sheldon are something we'd been wanting to talk about for a couple hundred episodes of The Big Bang Theory," he told audiences during the CBS TCA Press Day at the Beverly Hilton Hotel in Los Angeles.

However, it was actually Jim Parsons, star of The Big Bang Theory and executive producer for Young Sheldon, who came to Lorre with the idea to comb back through Sheldon Cooper's backstory as its own series, which inspired the two—plus executive producer Steven Molaro—to run with it. 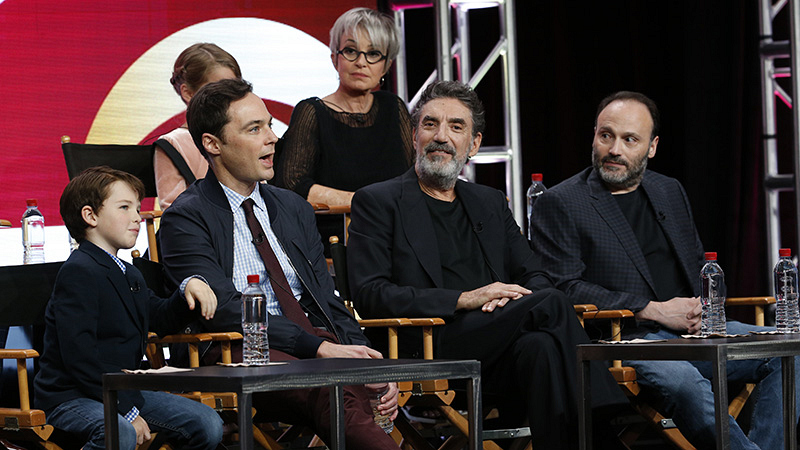 Though Lorre has historically filmed past series, from Roseanne to Mike & Molly, in front of live studio audiences, he switched to a single-camera for Young Sheldon, which was a totally different beast for the TV vet.

"I [was] a nervous wreck," Lorre said of the experience, which he deemed "more intimate" than the multi-camera environment; though, the entire procees took a whole lot longer to film. "It's an entirely different animal. In the time it took to shoot the dinner scene of the pilot, we could’ve shot two entire episodes of The Big Bang Theory." 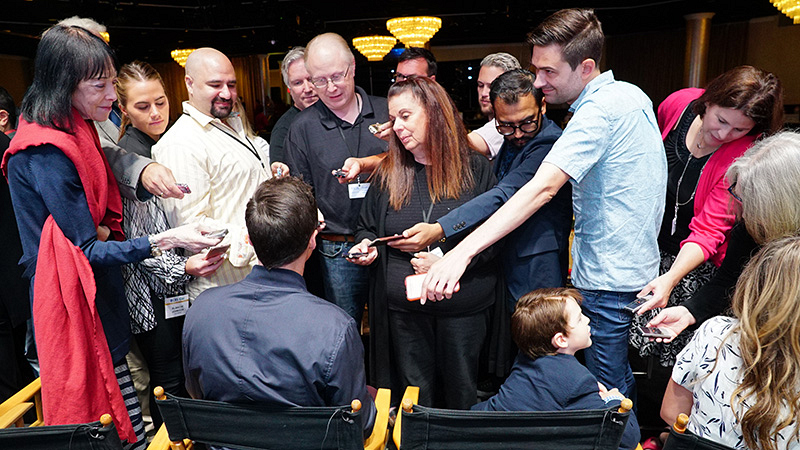 When famed TV actress Annie Potts was asked about what it was like to take on the iconic role of Meemaw, who was played by June Squibb on The Big Bang Theory, Potts said the character was still a work in progress, but "once I get my Texas boots on and my Texas hair, [Meemaw will be] more clear."

READ: Young Sheldon Takes Fans Of The Big Bang Theory To Where It All Began

Acknowledging the tonal inspiration between Young Sheldon and '80s television touchstone The Wonder Years, Lorre delved into a story about the search for who would play the titular nine-year-old genius.

And it didn't take long to cast Iain Armitage (Big Little Lies ), who made an audition tape via cell phone while celebrating Christmas at his grandmother's house in Georgia.

"He was astonishingly good," Lorre said of the 9-year-old star.

Parsons nodded along with Lorre and added a story about the first time he met his younger on-screen self.

"It was new [for me] to see actors on the other side of anything for me, even a young actor," Parsons said. "So, I kind of felt huddled in the corner of the couch for a while. Then Iain came in; [he was so] open and receptive. He talked with us and we recorded him on video in a more official way, and he was wonderful. He’s very easy to talk to." 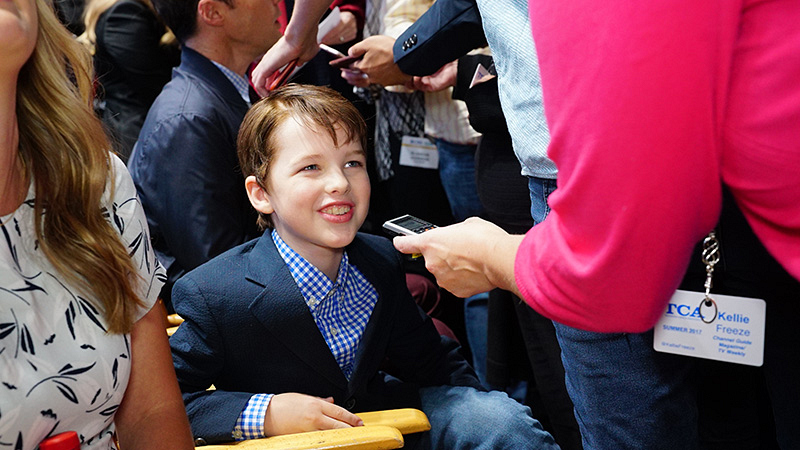 As for whether or not Armitage spent much time watching The Big Bang Theory before taking on the role of young Sheldon Cooper, he said he hadn't, but had a great reason.

"I don't watch that much TV," Armitage admitted politely. "Usually, I occupy my time by reading books and playing a lot. I don't like video games. I like stuffed animals. I like being around people."

But one important question remained: Had Iain ever worn a bow tie prior to Young Sheldon?

"Oh my goodness," he said, gleefully. "So many times."

Watch a special one-time preview of Young Sheldon on Monday, Sept. 25 at 8:30/7:30c, following The Big Bang Theory, on CBS and CBS All Access.

Then, catch the new series in its regular time period on Thursdays at 8:30/7:30c starting Nov. 2 on CBS and CBS All Access.