Everything You Need To Know Before Watching Young Sheldon

This new fall comedy is simply brimming with fun facts and Easter eggs!
With Season 1 of Young Sheldon now in full swing (watch at its new, regular time on Thursday, Nov. 2 at 8:30/7:30c), there's still a ton to learn about the much-ballyhooed Sheldon origin story.

In the new series, nine-year-old wunderkind Sheldon Cooper (Iain Armitage)—the young counterpart to actor Jim Parsons' character on The Big Bang Theory—must face his greatest challenge yet: surviving high school in East Texas. Along the way, he must contend with his football-obsessed family, while they, in turn, must put up with his impossible brilliance and eccentricities.

As the series continues at its new Thursday time, here are some fun facts that you may not know... 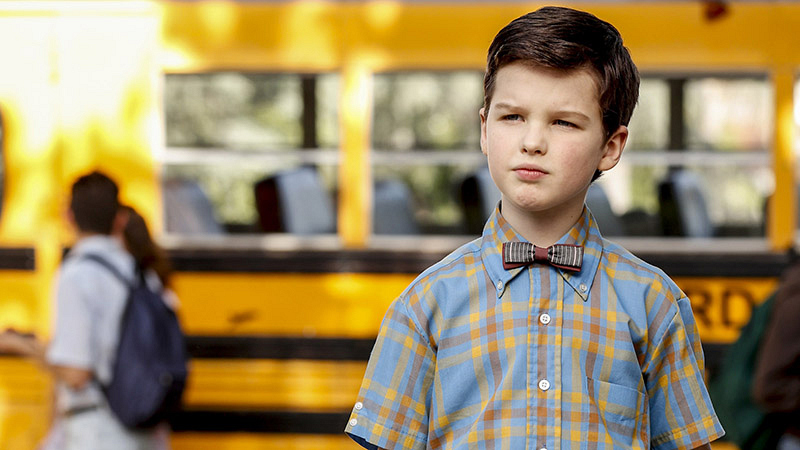 Young Sheldon is totally unique.
Young Sheldon is an entirely separate entity from its predecessor, The Big Bang Theory. Not only is the new show shot single-camera—as opposed to three-camera in front of a live studio audience—it's tonally more of a "dramedy" than a straight comedy.

In other words, the new show includes decidedly "more intimate" moments throughout. Think '80s television show The Wonder Years, but for Sheldon Cooper. Speaking of which...

It's a period piece.
If the new format wasn't different enough, Young Sheldon also takes place in the late '80s, which means plenty of nostalgia and throwbacks to come—no smartphones or laptops here!

Jim Parsons came up with the idea for the show.
At this year's TCA CBS Press Day, Jim Parsons revealed that he was the one who originally pitched Sheldon's childhood story.

In a recent appearance on The Talk, Jim explained that the idea came about from spending time with his own nephew, who, like Sheldon, is gifted in their family. "The more we talked about it," Jim said, "we were like, 'That really sounds like a cousin of a Sheldon character, if not Sheldon himself.'" 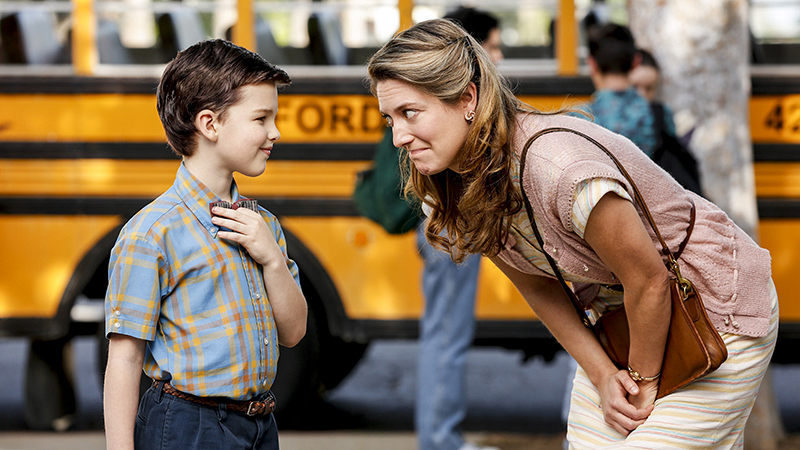 Zoe Perry has familial ties to a Big Bang Theory actor.
If you think Zoe Perry is the spitting image of Mary Cooper on The Big Bang Theory, that's because she and actress Laurie Metcalf, who plays Mary on that show, are related! They're daughter and mother, in fact—so it makes perfect sense that Zoe would play the younger version of Sheldon's mom on Young Sheldon.

Meemaw is back!
You read right: Sheldon's notorious grandmother, Meemaw (played by June Squibb on The Big Bang Theory), is returning in Young Sheldon. Here, she'll be played by renowned film and television actress Annie Potts.

Montana Jordan is a Southern dude.
Montana, who plays Sheldon's older brother Georgie on the show, is actually from Texas in real life and, like his character, plays football.

The first episode was directed by Jon Favreau.
When it came to behind-the-camera talent for Young Sheldon, production tapped a Hollywood favorite: filmmaker extraordinaire Jon Favreau (The Jungle Book, Iron Man). No doubt, fans of the director's work will be able to see touches of his distinct style, which is perfect for Young Sheldon.

Expect plenty of The Big Bang Theory Easter eggs!
From the first episode alone, keen-eyed fans will likely notice that Sheldon's love of trains started at an early age, and his professed fandom of Professor Proton goes way back! (In fact, Bob Newhart makes a cameo in the pilot on the Cooper family television set.)

Suffice it to say, The Big Bang Theory fans have a wealth of nods, winks, and references to look forward to on Young Sheldon. 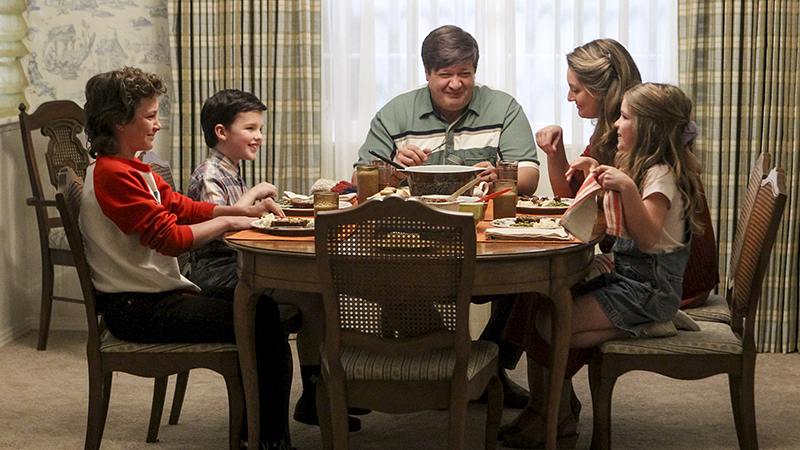 Watch all-new episodes of Young Sheldon at its new regular time on Thursdays at 8:30/7:30c (following The Big Bang Theory, which will also be at its regular time at 8/7c) on CBS and CBS All Access.