An ailing Sheldon enjoys his mother's rendition of "Soft Kitty" in "A Sneeze, Detention, and Sissy Spacek."

Now, in the latest episode of Young Sheldon, "A Sneeze, Detention, and Sissy Spacek," viewers heard an early rendition of the now-famous lullaby, with Mary (Zoe Perry) singing the song to a bedridden Sheldon (Iain Armitage) after he came down with the flu.

STREAM: Episode 13, Season 1 Of Young Sheldon On CBS All Access 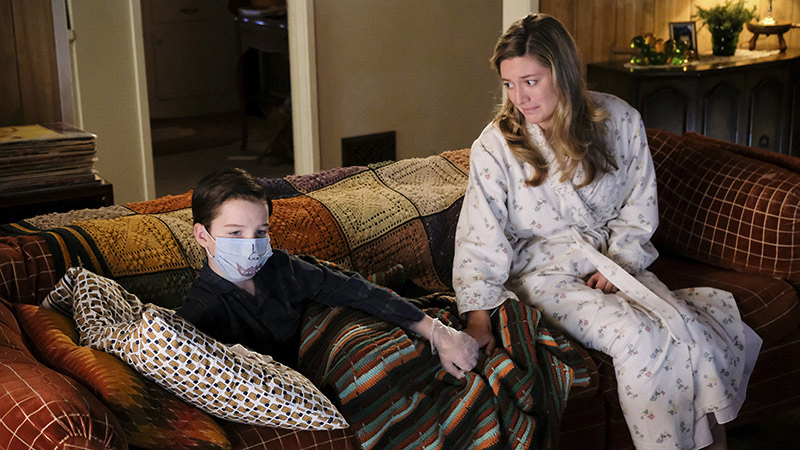 In addition to being a neat callback (or rather, call-forward) to The Big Bang Theory, it was also a very sweet moment between Sheldon and his mother.

Watch the full video above.