These 12 Little-Known Animal Facts Will Blow Your Mind! 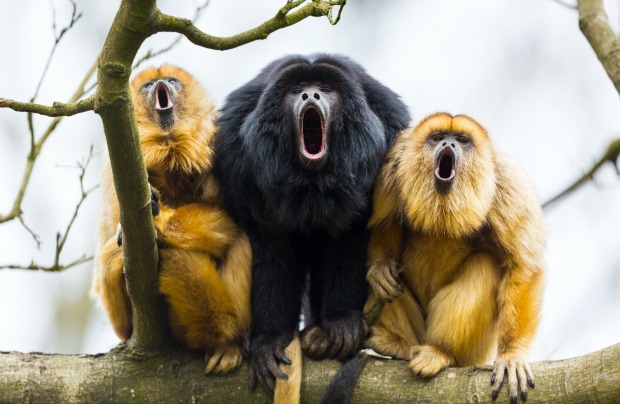 Howler monkeys can be heard three miles away.

When a troop of howlers call out together, usually at dawn or dusk, their cries can be heard up to three miles away. As the loudest land animals on earth, their voices cut through the dense forests of Central and South America in which they reside.

The males have large throats and specialized vocal chambers, allowing them to amplify their distinctive call. This indicates to other monkeys that their troop has occupied a territory and that others should stay away.

Most howlers live in groups, with one or a few adult males, multiple females (usually maintaining a ratio of one male for every four females), and their offspring. When grown, the young adults leave to join new troops. 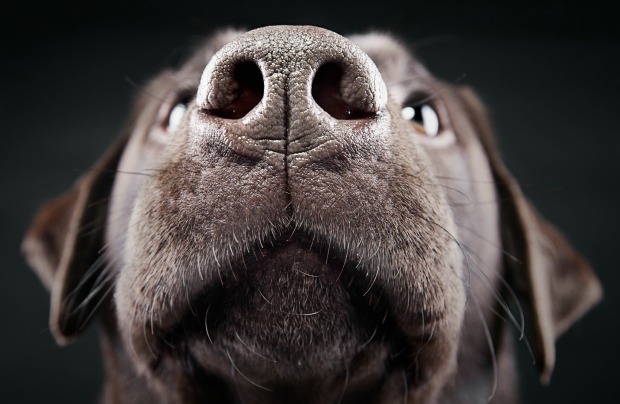 A dog's nose is as unique as a human fingerprint.

The lines, ridges, and even nostril openings on a dog's nose form an entirely unique pattern, which means they can be nose-printed as a means of identification. In fact, nose-printing is considered to be the most accurate identifier of many animals, better than the increasingly common microchips that can be embedded under skin. Maybe Jackson Oz could use this information as he investigates what's happening on Zoo.

While a dog’s nose helps us identify it, it also helps the dog identify the world. A dog's sense of smell is 10,000 to 100,000 times as acute as that of a human. Imagine if you were to apply that to sight. If a human with 20/20 vision can read an eye chart from 20 feet, imagine being able to read that chart from 10,000 times the distance—that’s nearly 38 miles!

A dog's sense of smell is not so much related to distance, but to how saturated the air is with scent particles. They have roughly 300 million scent receptors in their noses, compared to about 6 million in humans. Furthermore, the part of a dog’s brain that is dedicated to analyzing scents is, proportionally, about 40 times greater than ours. 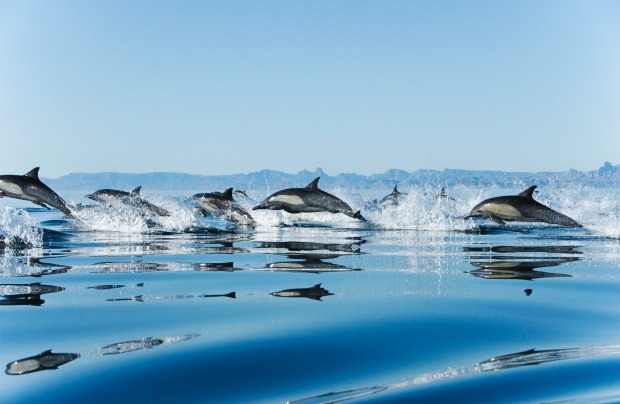 Dolphins have names for each other.

We’ve known for a while that bottlenose dolphins have unique whistles that they often use in big group settings, such as when multiple pods meet. But recent studies suggest these "signature whistles" are also used as identifiers that other dolphins can mimic, as if calling out a name. The dolphin can then respond with its signature whistle, as if to say, "Yes, I’m here!"

These highly-intelligent mammals are migratory—they have no homes they return to, and are often moving. But they do live and move in groups. In order to stick together in the vast oceans, it’s important for them to communicate efficiently with the other members. That's why scientists believe they developed this sort of language.

Dolphins are the only mammal, other than humans, to call each other by name, and thus have the potential to teach us a lot about how we first developed language. 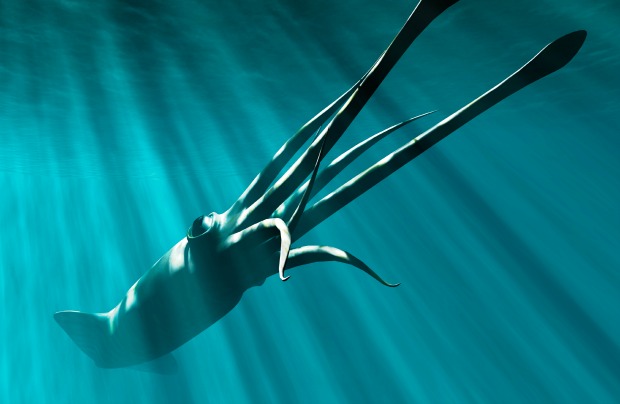 The giant squid has eyes the size of a beach ball.

The giant squid is the largest invertebrate on Earth. The largest ever measured was 59 feet long, but the species remains largely a mystery, as they live so deep under the sea. Almost everything scientists know about them is based on carcasses that have washed up on the beach. Carcasses with eyes measuring some 10 inches in diameter.

The giant squid’s massive eyes allow them to detect objects and creatures at depths that light can't reach, where most other animals are essentially rendered blind, giving them an advantage over their prey: usually shrimp, fish, and other squid, but sometimes even small whales. 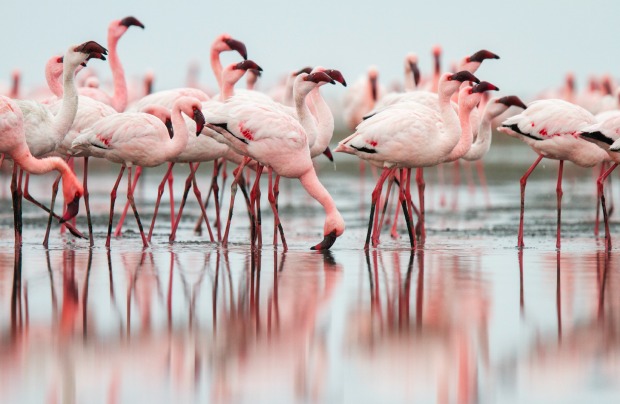 Flamingos can only eat upside-down.

A flamingo's whole body is designed to aid in upside-down eating. Its feet kick up food from the bottom of lakes and estuaries, its tongue pumps food-filled water in and out as part of a filtering process, and its lower bill is much larger, while the upper bill is not fixed—the opposite of other birds—which means it’s perfect for upside-down eating.

Flamingos largely eat mollusks, insects and their larvae, and small crustaceans, as well as aquatic vegetation. In fact, the flamingo’s pink color comes from aqueous bacteria and beta-carotene they get from their food. Baby flamingos hatch with white feathers that turn gray, only becoming pink as they grow older. 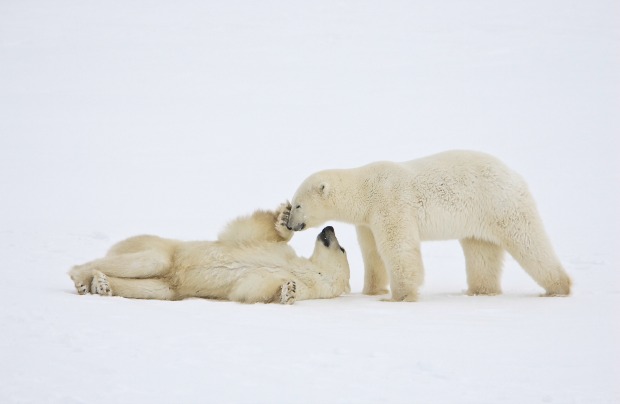 Polar bears give off no detectable heat.

A polar bear is so well insulated that it's almost invisible to infrared cameras—except for the space in front of its mouth, where a small cloud of warm breath is the only outward indication of life.

To survive the harsh climates in which they live, polar bears rely on a thick coat of fur on top of a warming layer of fat. Fur even grows on the bottoms of their paws, to protect against cold surfaces but also to give them better grip on the ice. And while their coats are white, to provide camouflage, the skin underneath is black, to better absorb the sun's rays.

Fortunately, not all bears are this stealthy. Otherwise it would be bad news for people on Zoo, who have enough challenges! 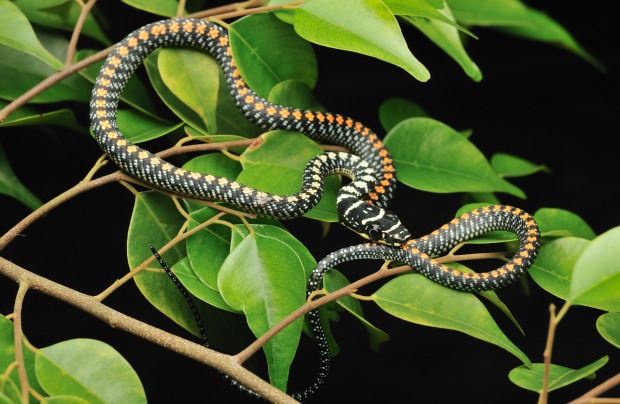 Flying snakes can glide distances of up to 330 feet and turn midair.

Though they’re not technically flying, certain tree snakes can contort their bodies to catch the air and glide for staggering distances. They flatten to about twice their normal width, giving their round bodies a concave C-shape that catches air almost like a kite. By undulating back and forth, they can actually make turns midair.

To prepare for long-distance jumps, these snakes will hang from the end of a branch, using the lower half of their bodies to propel themselves from one tree to another. Most flying snakes are thought to be largely arboreal, meaning they rarely descend from the treetops. 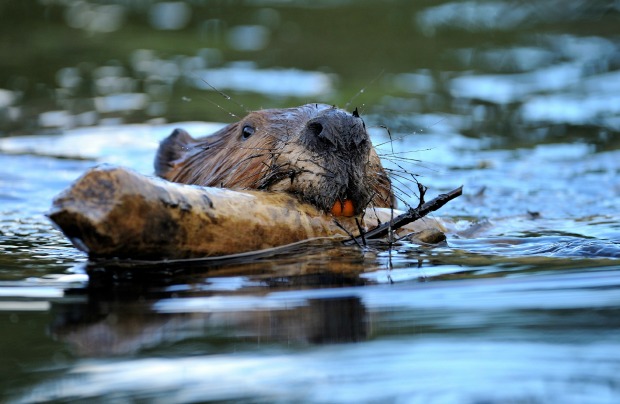 A beaver's teeth will grow continuously throughout its life. Otherwise, they'd be worn down to nothing from gnawing on wood. However, a beaver must regularly "file down" its teeth in order to avoid them growing into their brains or otherwise becoming unusable. Yikes.

Beavers use their teeth on trees and branches, which they use to construct dams that will block up small streams to create large ponds. They also use logs, mud, and branches to build domelike homes strategically located in the middle of these ponds, with underwater passages the only means of ingress or egress. While these large rodents waddle awkwardly on land, they swim rather gracefully. Ponds provide a quick escape route from predators, while their domes provide an added layer of security for their families. 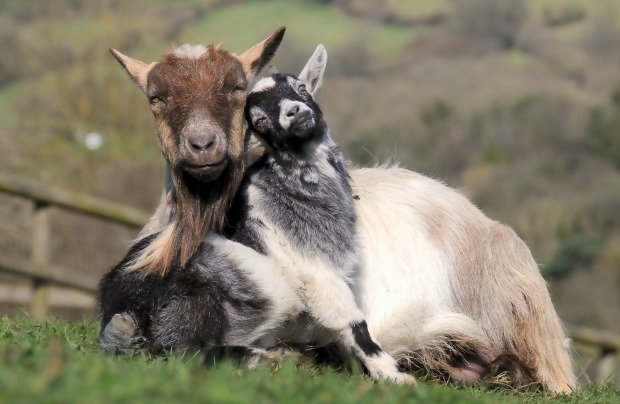 According to a study from the University of London, pygmy goats develop bleats unique to their social group ("creche") as they grow older, and can distinguish "outsiders" from their different accents. This ability is thought to be particularly useful because goats live within complex social structures that separate during the day, as they graze, but that reconvene at night.

This relatively recent discovery adds pygmy goats to a short list of mammals known to adjust their vocal sounds in response to an environment: whales, bats, and, of course, humans.

Though interesting in-and-of-itself, the study may also have broader implications—particularly in its application to humans. The study’s authors believe their findings could help us understand how humans first developed the ability to speak. 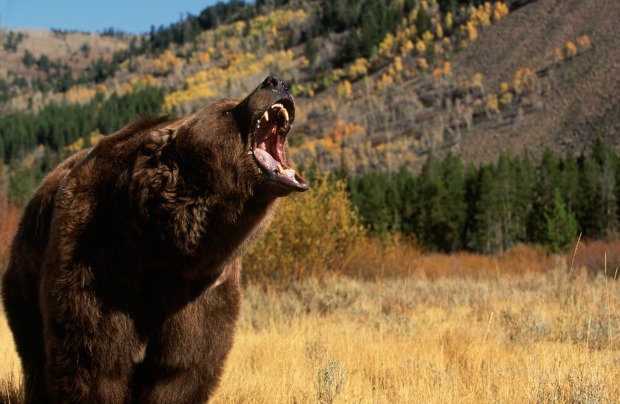 Grizzly bears run fast enough to get a ticket in a school zone.

Despite weighing roughly 800 pounds when full grown, grizzlies—a North American subspecies of the brown bear—can really move. At thirty miles per hour, they can cover ground as fast as a horse. The fastest human on record ran a 100-meter sprint at a rate of 28 miles per hour, but they had to stop at the end of it. If you see anybody running from a grizzly on Zoo, you know the odds aren't good. Most of us would be dead meat if a grizzly set its sights on us.

While humans aren’t a staple of the grizzly’s diet, these top-of-the-food-chain predators can and will eat anything, from river-caught fish to baby bison, though much of their diet actually consists of fruits, nuts, leaves, and roots. 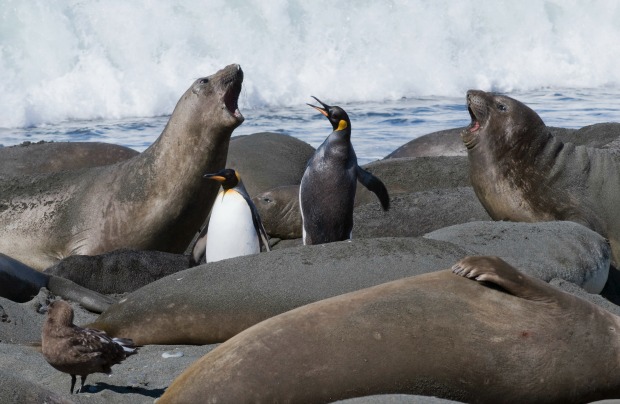 Southern elephant seals can dive nearly a mile underwater and remain submerged for up to two hours.

Except during breeding season, when they return to their rookeries, elephant seals migrate in search of food. During those long months at sea, they often dive as deep as 4,921 feet below the surface of the ocean—nearly a mile—to catch fish, squid, and other marine life they like to eat.

Elephant seals have a large volume of blood, which means they’re able to hold a large volume of oxygen, allowing them to stay underwater longer than most mammals. Recently, scientists have also learned that the best mammalian divers—whales, otters, beavers, muskrats, and, yes, seals—also have positively charged oxygen-binding proteins, called myoglobins, in their muscles. This allows them to store more oxygen than mammals without these positive charges.

Humans, for comparison, have one-tenth as much myoglobin in their blood. Most untrained humans can hold their breath for about 30 seconds before gasping—something you definitely don’t want to do while deep-diving in the ocean.

In a process called molting, tarantulas will periodically shed their external skeletons as well as replace internal organs like female genitalia and stomach lining. They can also regrow lost appendages, including fangs.

Unlike most spiders, tarantulas don’t use a web to catch their prey, though they might set a single trip wire to alert them when something is nearing their burrow. They use their legs to latch onto prey, inject them with venom, and then pull them apart with their fangs.

Fortunately, tarantulas pose no threat to humans, though they might be intimidating with their eight legs and hairy bodies. Their venom is weaker than that of a typical bee.