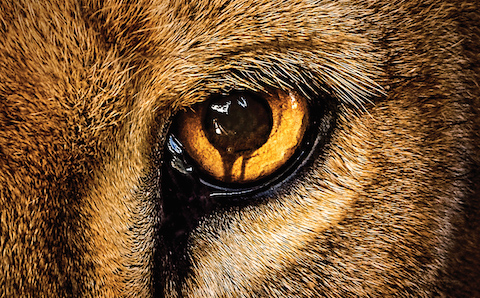 There are lions, sharks, and bears out there lurking for the next big meal, but nature has even more surprises for the adventurous fans of this summer's hot new event series Zoo. We rounded up some of the most amazing, terrifying, and unknown predators out there to get you excited about the natural world and the scary and fascinating ways they attack, snack, and silence their prey.

(Also, you may want to check out your own place on the food chain.) 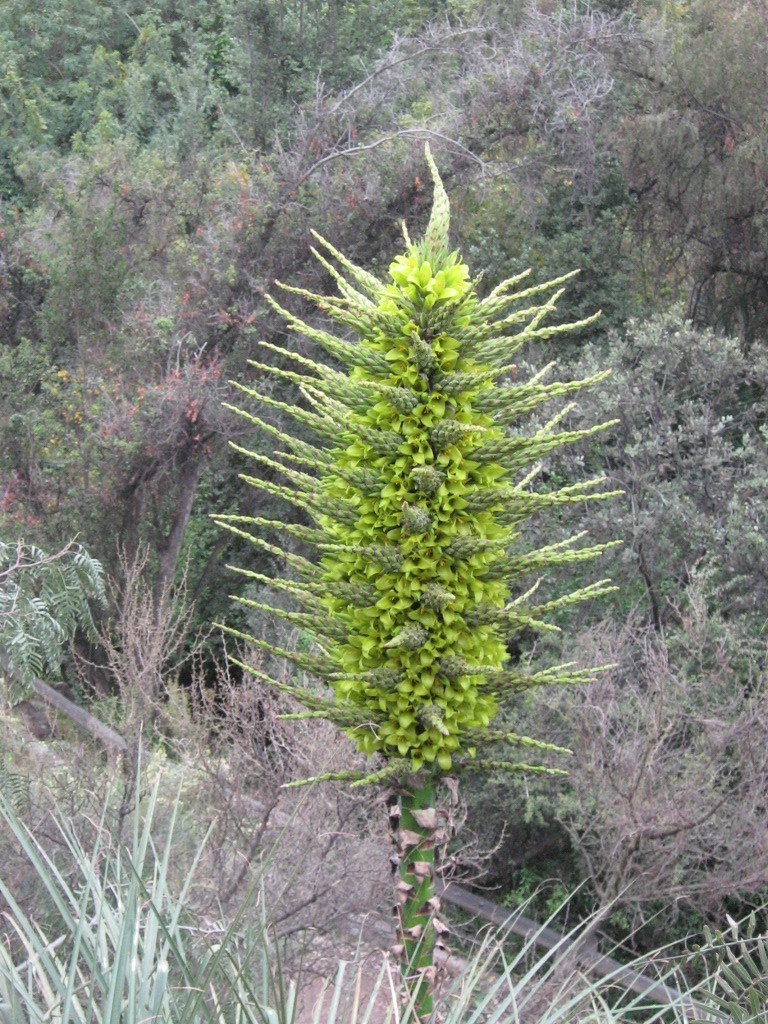 Who's afraid of a plant? Sheep should be. The Puya Chilensis, a species of bromeliad (and distant cousin of the pineapple), is one flora you do not want to mess with. While its 10 foot spike is nothing to scoff at, how it eats makes it an easy contender for the crown of predatory plants. Its spiky body traps sheep and other smaller animals, which it holds in place until they starve. Their decomposing bodies act as fertilizer for Puya Chilensis. At least our nightmares just got a little more green. 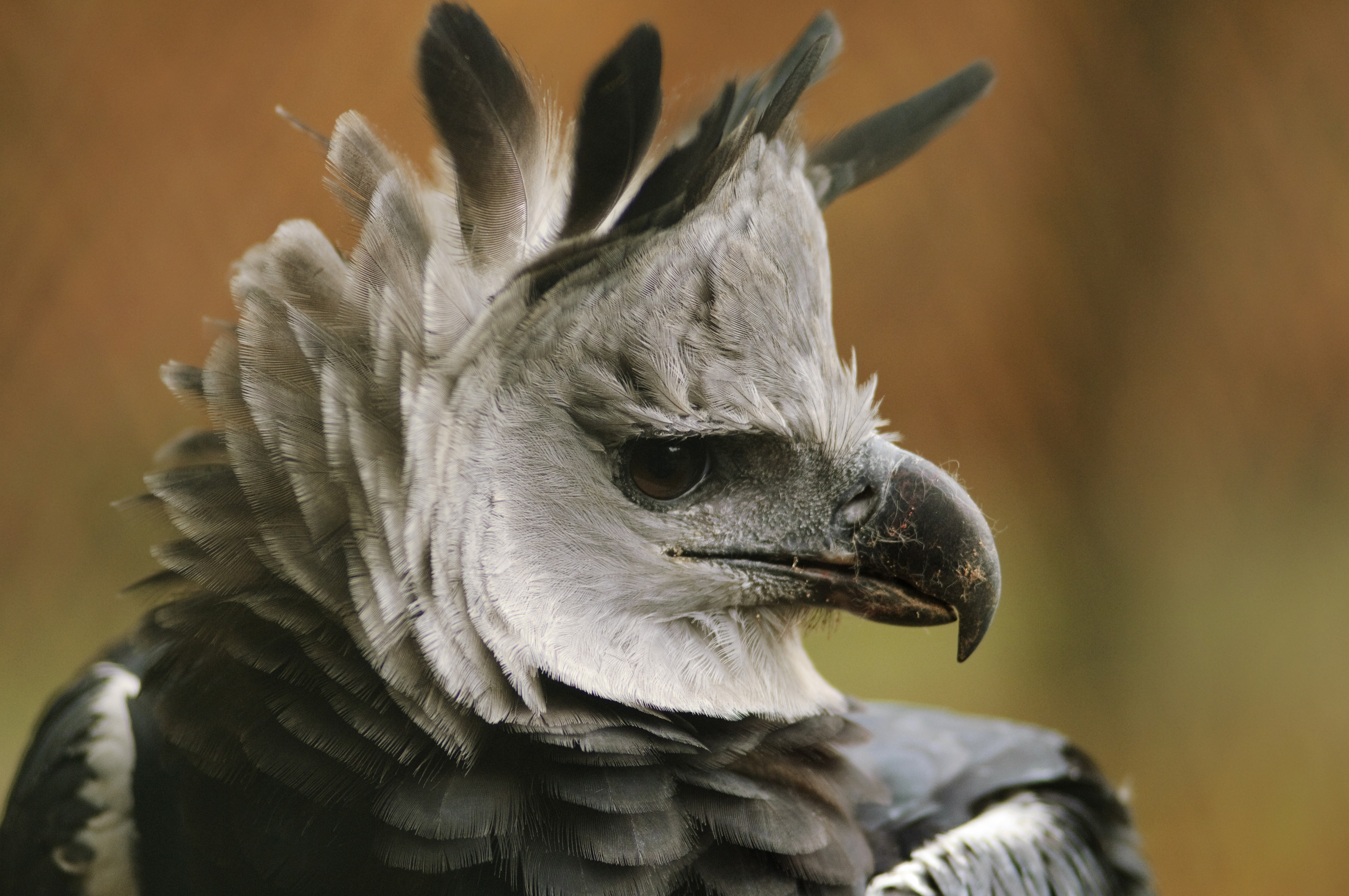 The largest and most powerful raptor in the Americas should need no introduction, but the harpy eagle doesn't get as much press as some of its more famous cousins. With a body length over 3.5 feet, and a wingspan over 7, it is among the largest extant eagle species in the world. With no natural predators, this eagle is able to eat anything it likes—mostly sloths and monkeys. It also harbors occasionally adventurous tastes, with known prey including domestic livestock, capybara, deer, and large snakes. When dealing with large meals that are too heavy to fly to their nest, the harpy eagle will cut their prey into smaller pieces or bring it to a stump to dine. 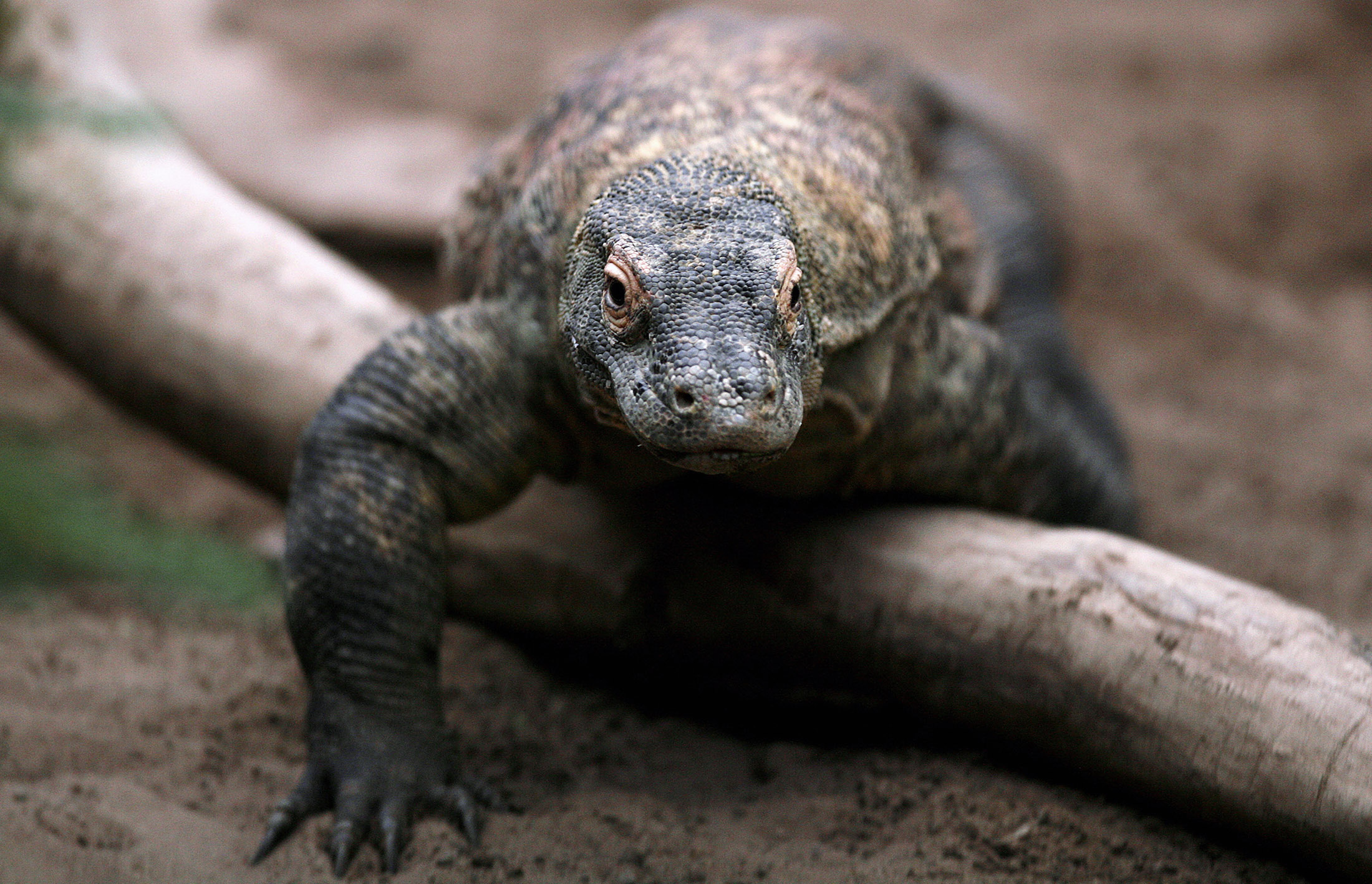 While not a dragon in the fire-breathing-flying-to-destroy-your-village sense, this monitor lizard, found on the Indonesian island of Komodo, is far more fearsome than anything stuck in the pages of childhood fantasy. Growing up to a length of 10 feet and weighing up to 150 pounds, these behemoths are the largest living lizard species and at the top of their island food chain. Preying on anything they can find, from a fresh water buffalo to an appetizing rotten carcass, komodo dragons are even known to swallow a goat whole and feast on their own when given the chance. 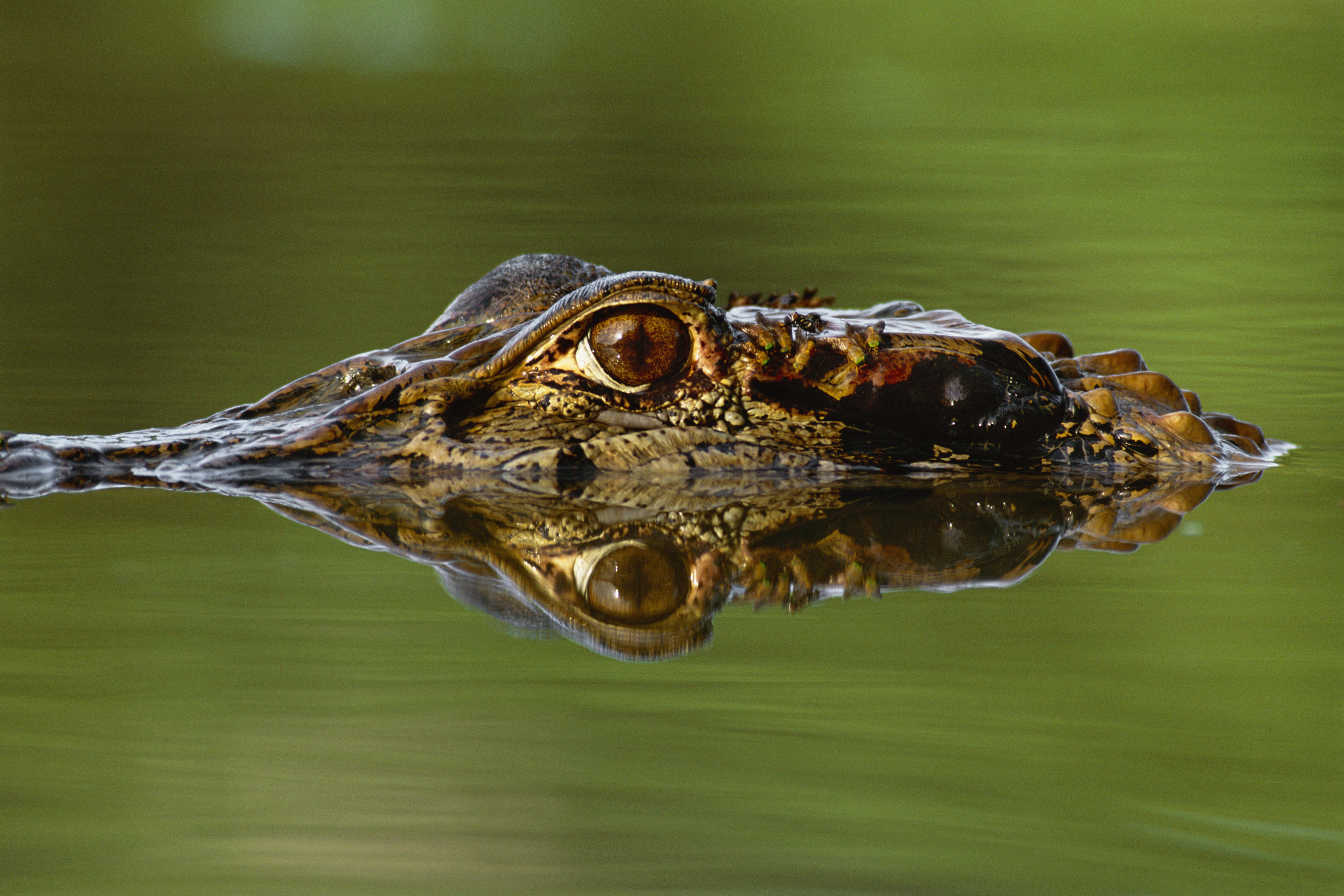 Though it may look similar to the American alligator, this beast - the largest predator in the Amazon - stands on its own in terms of fearsome features. Lurking in the rivers, lakes, and other freshwater habitats of South America, the black caiman has been officially measured at a length of 16 feet and weight of 880 pounds, but locals swear it can reach up to 20 feet and an astounding 2,400 pounds. With no natural predators, it plays an essential role in regulating the Amazon's ecosystem, leading many to consider it a keystone species for foodchain management. Gobbling up anything from snails to the largest terrestial mammals, this is one animal we're keeping our distance from.

What if they lost interest in monkeys and anacondas, and instead took an interest in humans? Take the wild ride with Zoo and see what can happen when animals organize and revolt. 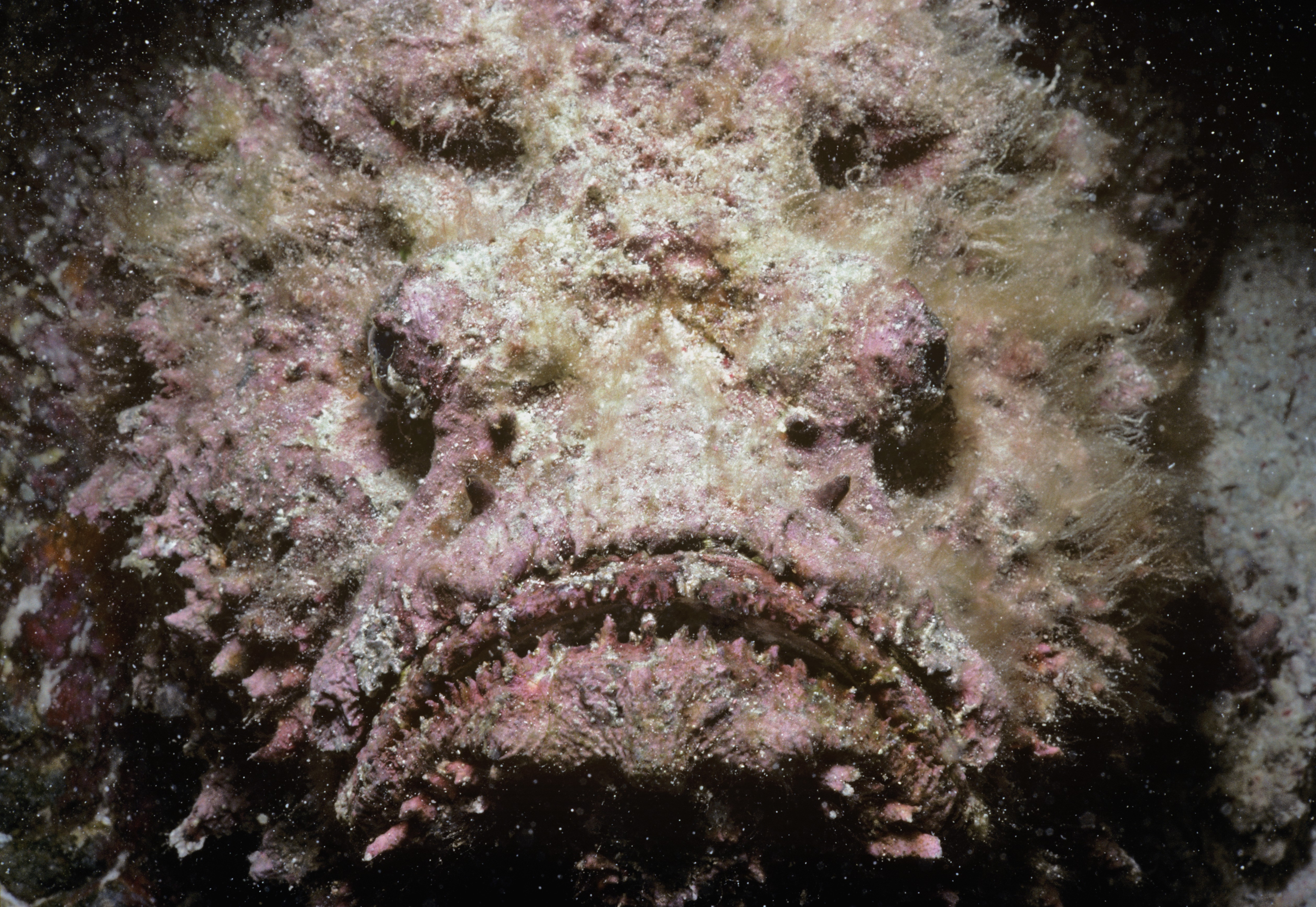 Being one of the most venomous fish in the known world would be cause enough for inclusion on this list, but the stonefish takes it one step further with its amazing namesake ability to blend into the environment. This makes it very easy for humans to accidentally step on one of the creature's many spikes, which then releases a powerful and potentially deadly toxin. While you may think being out of the water can keep you safe, a stonefish can live up to 24 hours in the dry air and will commonly bury itself just beneath the sand. 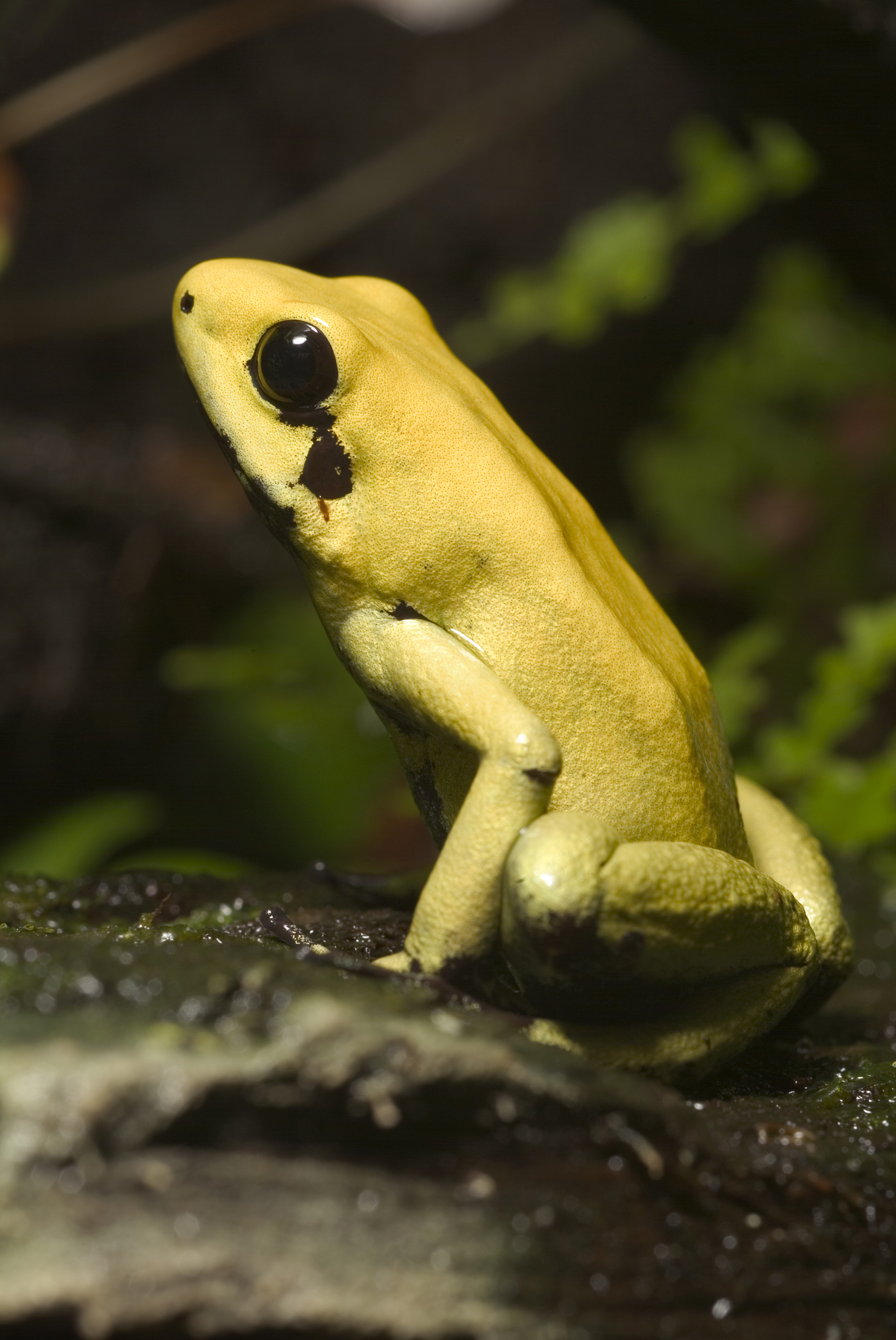 While at first glance this frog may appear to be a colorful, 2-inch bundle of joy, it's one of the deadliest animals on earth. One golden poison dart frog contains enough venom to kill 10 grown men. They're historically used by indigenous tribes to poison their weapons—giving rise to their distinctive name. The bright colors are meant to warn predators of their toxicity, and it seems to work: Only one known snake can survive ingesting these dangerous amphibians. While you may not be in direct danger of consumption unless you're a fly, make sure not to get on this frog's bad side. 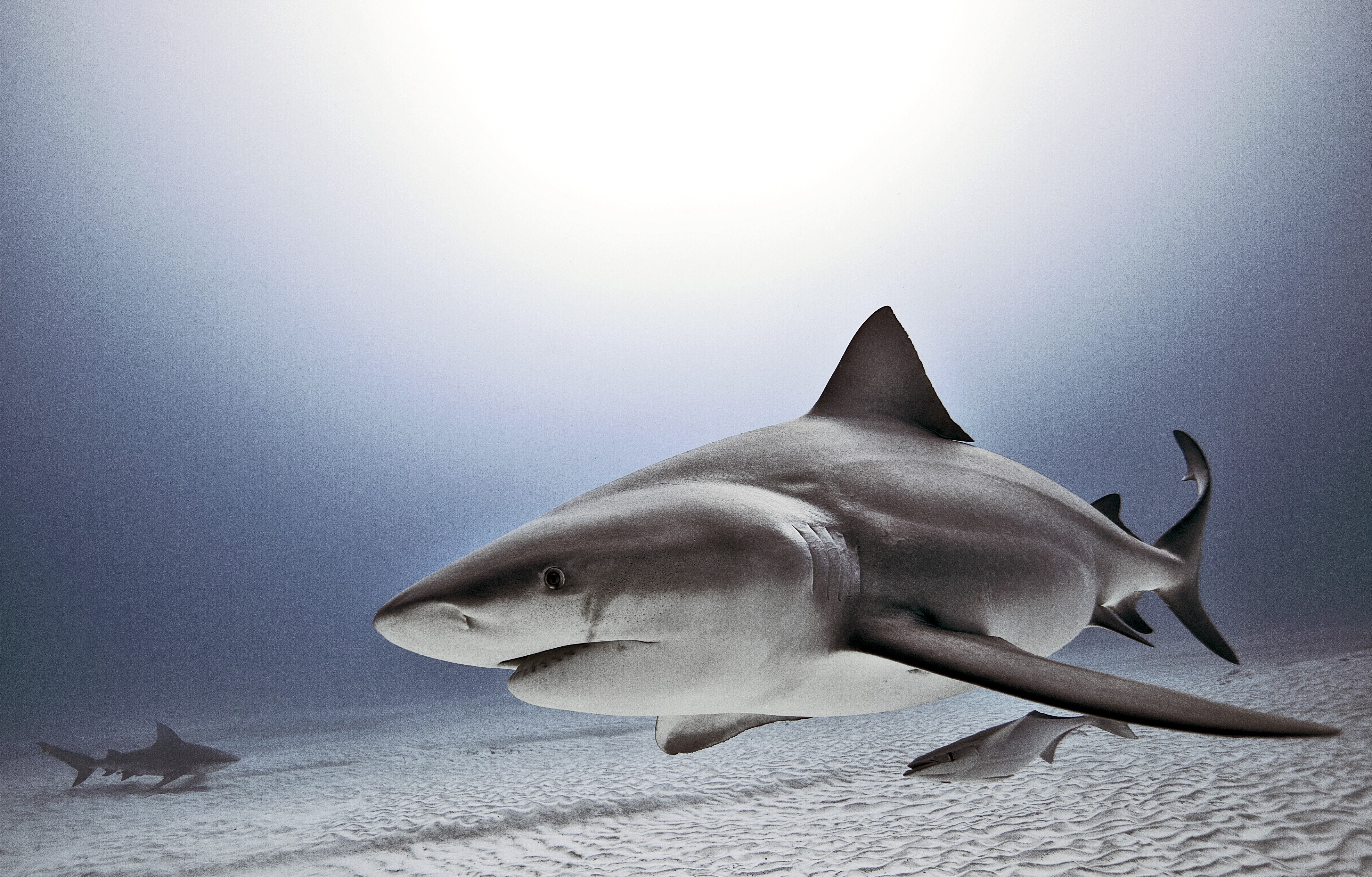 Able to thrive in seawater, fresh water, and anywhere in between, this shark has a well-earned reputation for being very aggressive, especially towards humans. In addition to their top-three spot on the attacks-by-species list, they're a prime suspect in the majority of attacks where the shark was unidentified. Offically weighing nearly 700 pounds, they are regularly measured at 11 feet long but are believed to reach up to 13 feet. Bull sharks have been seen as far upriver as Illinois via the Mississippi. If all this wasn't scary enough, they're frequently known to cannibalize their own. 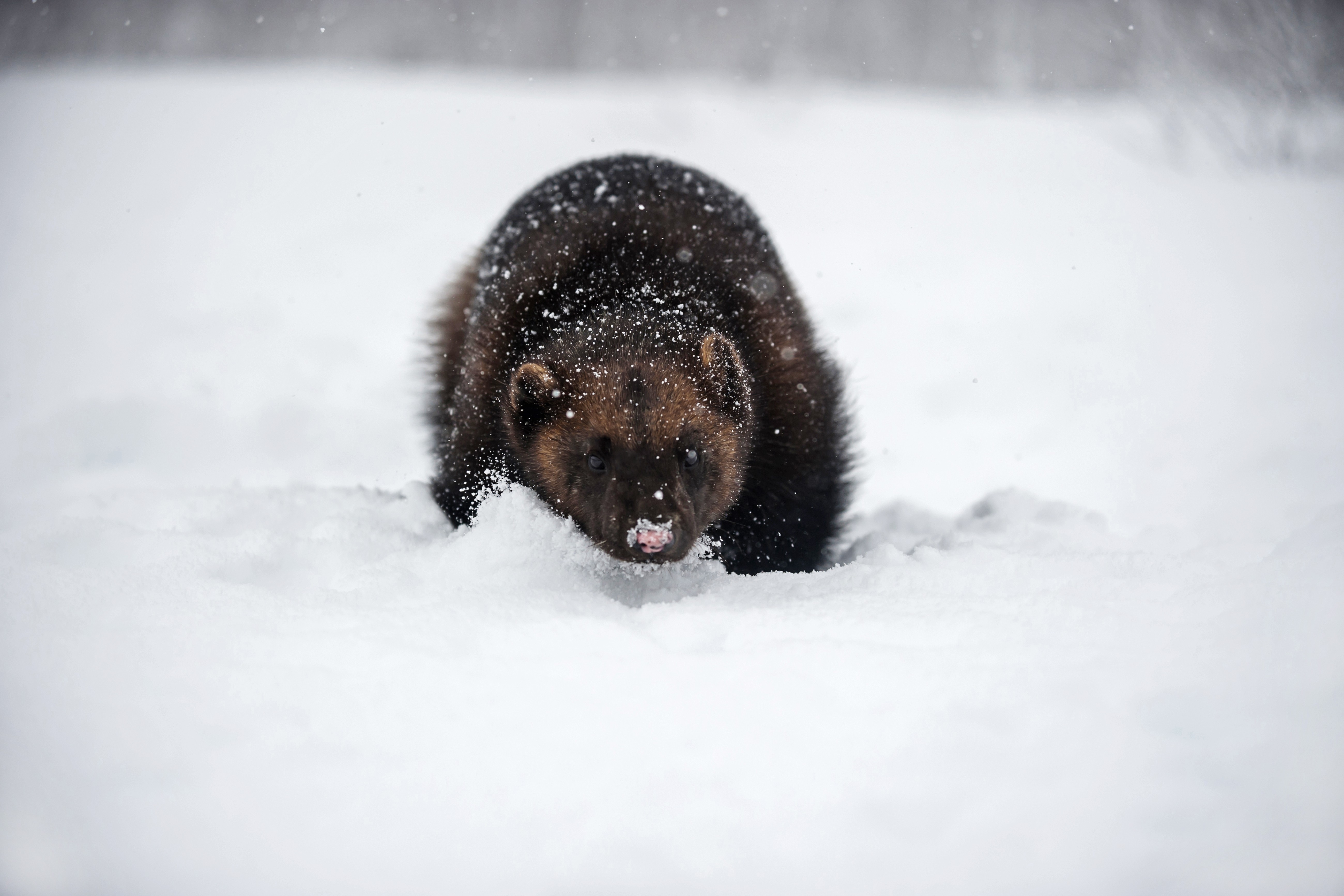 If you decide to visit the furthest reaches of the woods on a snowy evening, we hope you keep an eye out for this predator. Though its name was made famous by the superhero world, there's good reason it was borrowed. Wolverines are legendary for their ferocity, appetite, and ability to kill prey many times larger than they are. Though more comparable in looks to a small bear, the largest species of the weasel family is known to hunt everything from bird eggs to massive moose. 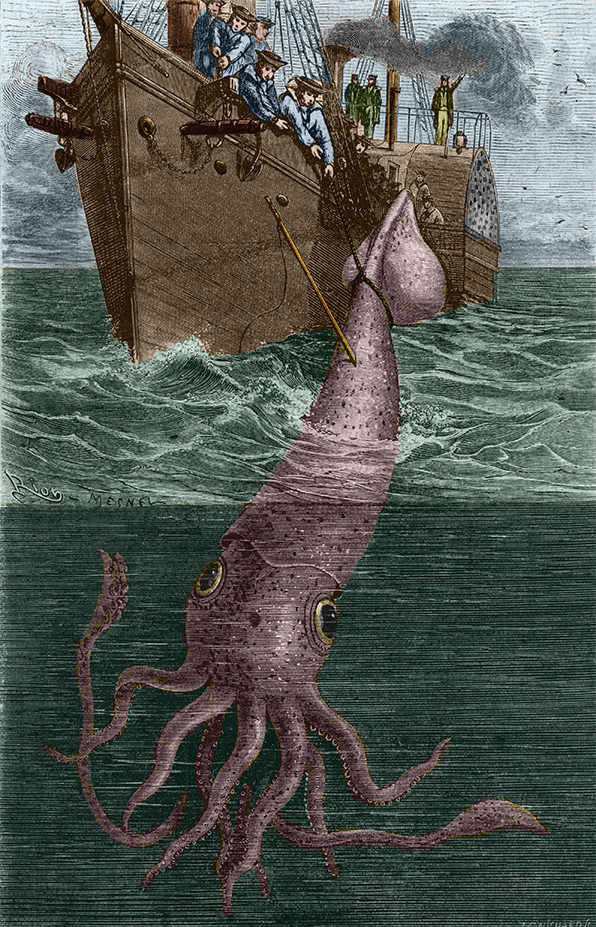 The largest extant squid species, and a denizen of the deep ocean, the colossal squid has all the makings of a colossal nightmare. While little is known of this beast, whose first confirmation came from two tentacles in a sperm whale stomach, the only two full specimens ever caught revealed terrifying and unique features. The squid has swiveling hooks on the tips of its fearsome tentacles, eyes the size of dinner plates, and an estimated maximum size of 46 feet according to National Geographic. One explanation for their massive size is abyssal gigantism, or the phenomena where animals inhabiting the deep tend to grow larger than their shallow-water relatives. 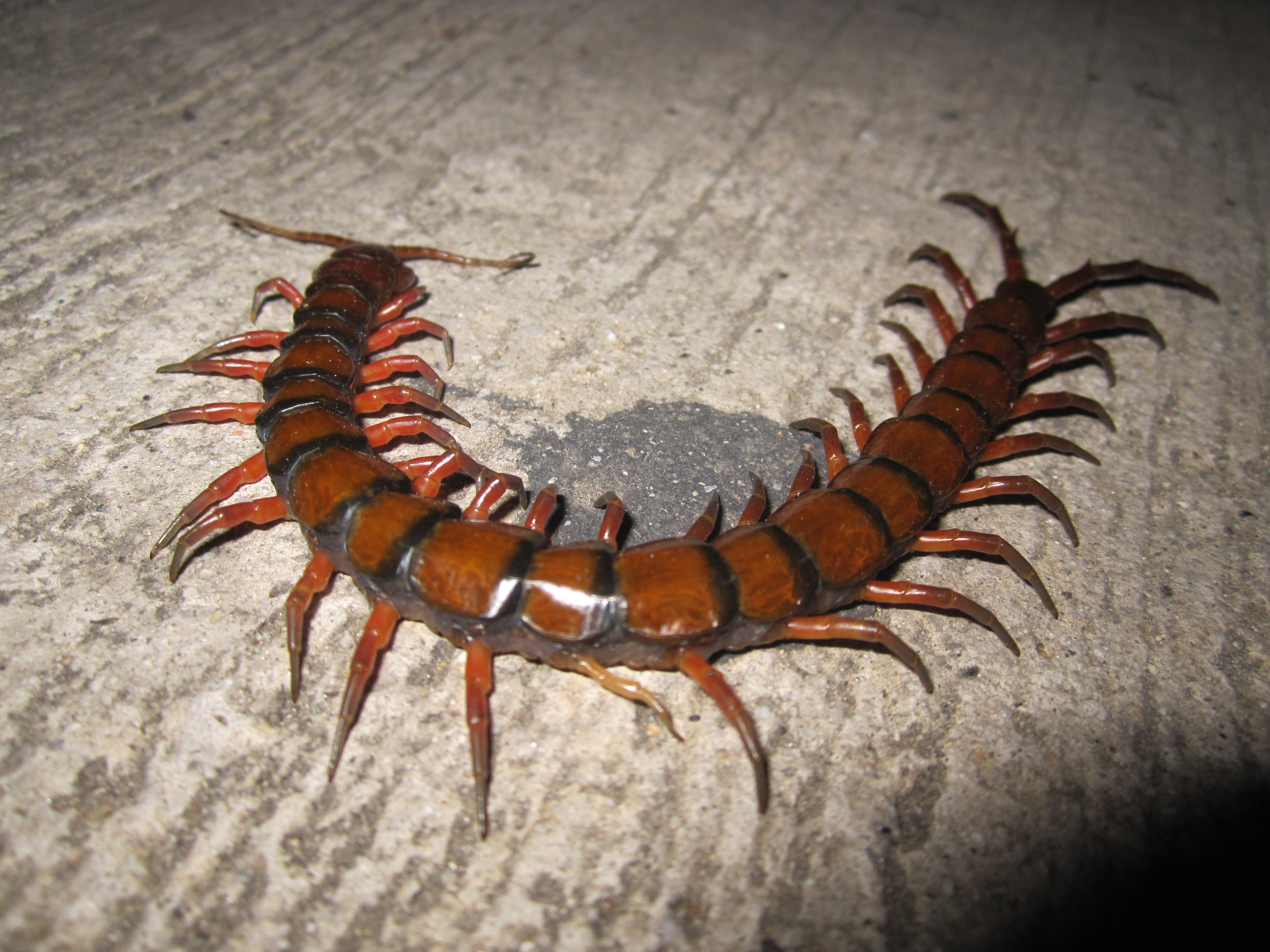 This not-so-little guy may be our last animal on the list, but he's not least. The Amazonian giant centipede grows up to a length of 12 inches, which is is much bigger than any bug you've encountered at home (we hope). This South American arthropod is known for its aggressive nature and carnivorous inclinations. It's renowned hunting techniques allow it to kill animals of many sizes, some much larger than themselves: lizards, frogs, snakes, mice, bats, and more. Their bat-hunting is particularly impressive, as it involves this clever centipede hanging from the ceiling of a cave and wrangling a bat mid-flight.

While we'd rather avoid these tough creatures after the sun goes down, make sure to tune in to Zoo this summer and see what animals are capable of once they organize.