Use the form below to send us your comments. If you are experiencing problems, please describe them.
Player Help | All Access Help
S2 E6 46min  TV-PG
A spatial distortion ring puts the ship and crew at risk, as it begins to reconfigure the internal layout of Voyager. Air Date: Oct 2, 1995
Watch Full Episodes 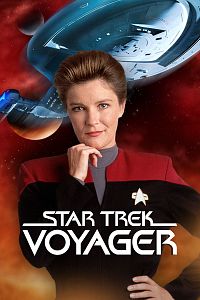 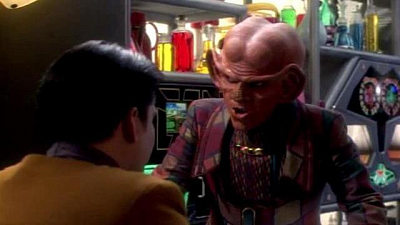 Subscribe
S1 E1, 2 Caretaker, Part 1 & 2
While on a short-term mission to track an infiltrated Maquis cell, Capt. Kathryn Janeway and her newly launched U.S.S. Voyager crew -- and the Maquis fighter crew -- are drawn 70,000 lightyears to the far side of the Delta Quadrant by an alien seeking survival, calling itself "the Caretaker." As the Voyager and Maquis crews forge a tentative bond of survival, Janeway decides to cut off the escape route homeward to deal with the aggressive Kazon-Ogla, the Ocampa's devastated world, and the "Caretaker" who blames himself for it.
Jan 16, 1995 92 min TV-PG 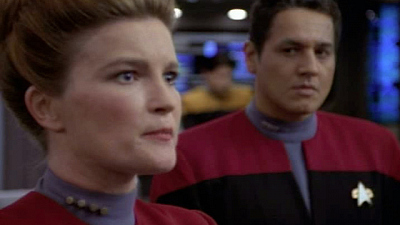 Subscribe
S1 E3 Parallax
The reality of co-existence hits Maquis and Starfleet personnel alike, but the troubled but brilliant B'Elanna Torres is made chief engineer after solving a baffling spatial mystery with Janeway.
Jan 23, 1995 46 min TV-PG 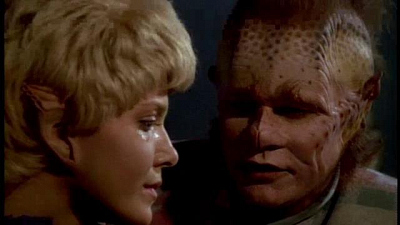 Subscribe
S1 E4 Time And Again
An industrial but pre-warp planet's dangerous polaron technology seems to be the cause of a planet-wide wipeout discovered by the Voyager crew -- or did the visitors actually cause the problem in the near past?
Jan 30, 1995 46 min TV-PG 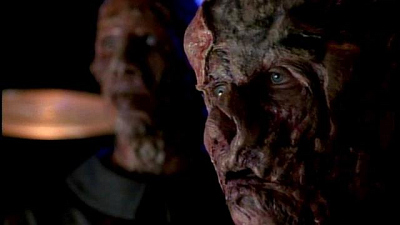 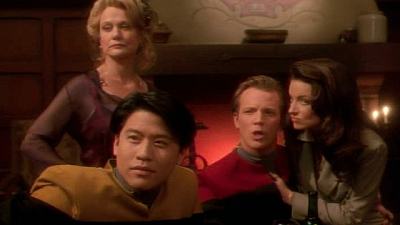 Subscribe
S1 E6 The Cloud
A nebula whose baffling interior provides no exit while being explored is discovered to be a living entity, and Janeway leads the crew in delicate "surgery" to repair the damage and finally emerge intact.
Feb 13, 1995 46 min TV-PG 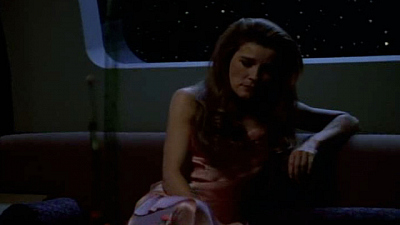 Subscribe
S1 E7 Eye Of The Needle
The crew is overjoyed to find a wormhole leading to the Alpha Quadrant, only to find that it is micro-sized and terminates in the Romulan Empire. The lone Romulan they contact, however, eventually seems won over to helping them.
Feb 20, 1995 46 min TV-PG 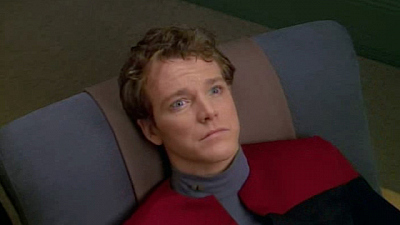 Subscribe
S1 E8 Ex Post Facto
During a friendly visit to the advanced world of Banea, Paris is accused of murdering the high-ranking husband of a woman who claims the lieutenant had an affair with her. Tuvok's detective skills and her own pet finally clear him, exposing a different culprit far more dangerous to the Baneans.
Feb 27, 1995 46 min TV-PG 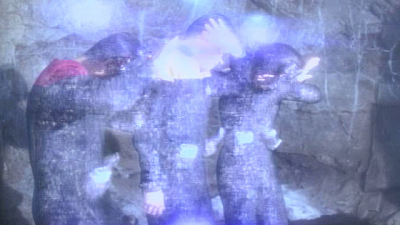 Subscribe
S1 E9 Emanations
In a crossing of transporter beaming, Harry Kim is swapped out for a corpse of the Vhnori people during one of their sacred funeral rituals. Getting him back creates tension by exposing the Vhnori's "Next Emanation" afterlife as simply subspace vacuoles -- or does it?
Mar 13, 1995 46 min TV-PG 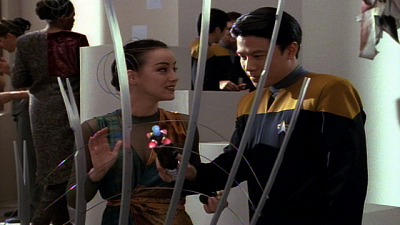 Subscribe
S1 E10 Prime Factors
Janeway may finally have an ally in the Sikarans, whose peaceful, advanced ways mirror those of Voyager. But when the Sikarans' own version of the Prime Directive forbids their sharing of technology that could get Voyager home quickly, unlikely allies in the crew plot to take it anyway.
Mar 20, 1995 46 min TV-PG 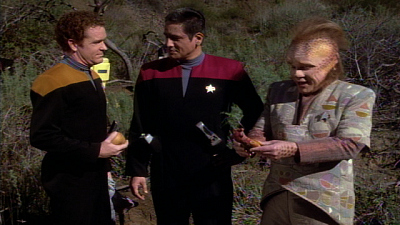 Subscribe
S1 E11 State Of Flux
When replicator technology turns up on a Kazon-Nistrim ship, Janeway suspects a collaborator. The Maquis are suspect, but who'd have thought Chakotay's old cell contained a Cardassian spy disguised as a Bajoran -- and his onetime lover?
Apr 10, 1995 46 min TV-PG 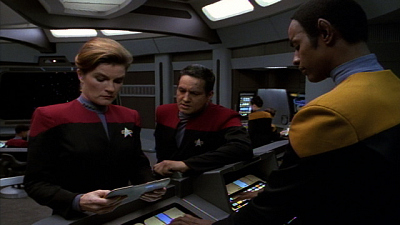 Subscribe
S1 E12 Heroes And Demons
Harry Kim's innocent medieval role-playing holo-program turns dangerous when he and Chakotay disappear without a trace. In his own "native" environment, the holographic Doctor undertakes his first "away mission" to rescue them and survives fear, romance and heartbreak in unmasking an unlikely trespasser.
Apr 24, 1995 46 min TV-PG 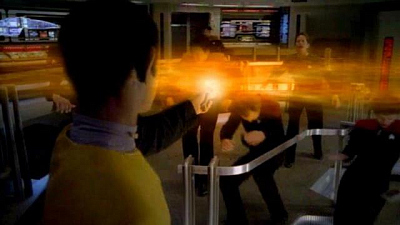 Subscribe
S1 E13 Cathexis
An attack on his shuttlecraft inside a nebula leaves Chakotay brain-dead, but soon a series of comas, violence and sabotage stalk many in the crew. Suspicion falls on Tuvok until the crew uncovers an overlooked but deadly denizen of the nebula.
May 01, 1995 46 min TV-PG
Show More