Cadet Sylvia Tilly Is A Big Believer In Starfleet On Star Trek: Discovery

This bright young officer may just surprise you.

Wide-eyed, smart, and ready to take on the world—er, make that worlds—Sylvia Tilly may only be a student, but she already has big plans for her career on Star Trek: Discovery.

"Tilly is a cadet in her final year at the Starfleet Academy," actress Mary Wiseman says of her character in a new profile video for Tilly. "She's assigned to the ship Discovery. She's a big believer in Starfleet and has ambitions for moving up in the ranks."

But before Tilly can start angling for a promotion, she'll have to come to terms with her own sense of right and wrong aboard this unique Federation vessel. That includes serving under her captain, Gabriel Lorca (Jason Isaacs), and working with her new shipmate, Michael Burnham (Sonequa Martin-Green).

Watch the video above for more insight from Mary. 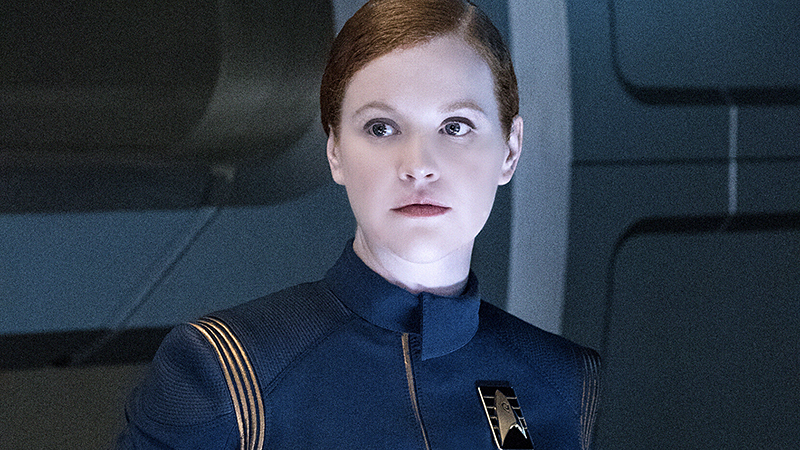 "I think she is discovering that all is not as it seems on Discovery," Mary continues, "and maybe some of her assumptions are gonna be tested."