All The Amazing Guest Stars From The Good Fight's First Season

During the first season of The Good Fight, we've seen plenty of familiar faces amongst the new. From memorable judges and clients to fan-favorite attorneys, let's take a look back at the unforgettable guest stars who made an appearance. Starting June 16, watch Season 1 episodes of The Good Fight each Sunday on CBS. Stream all three seasons of The Good Fight on CBS All Access. 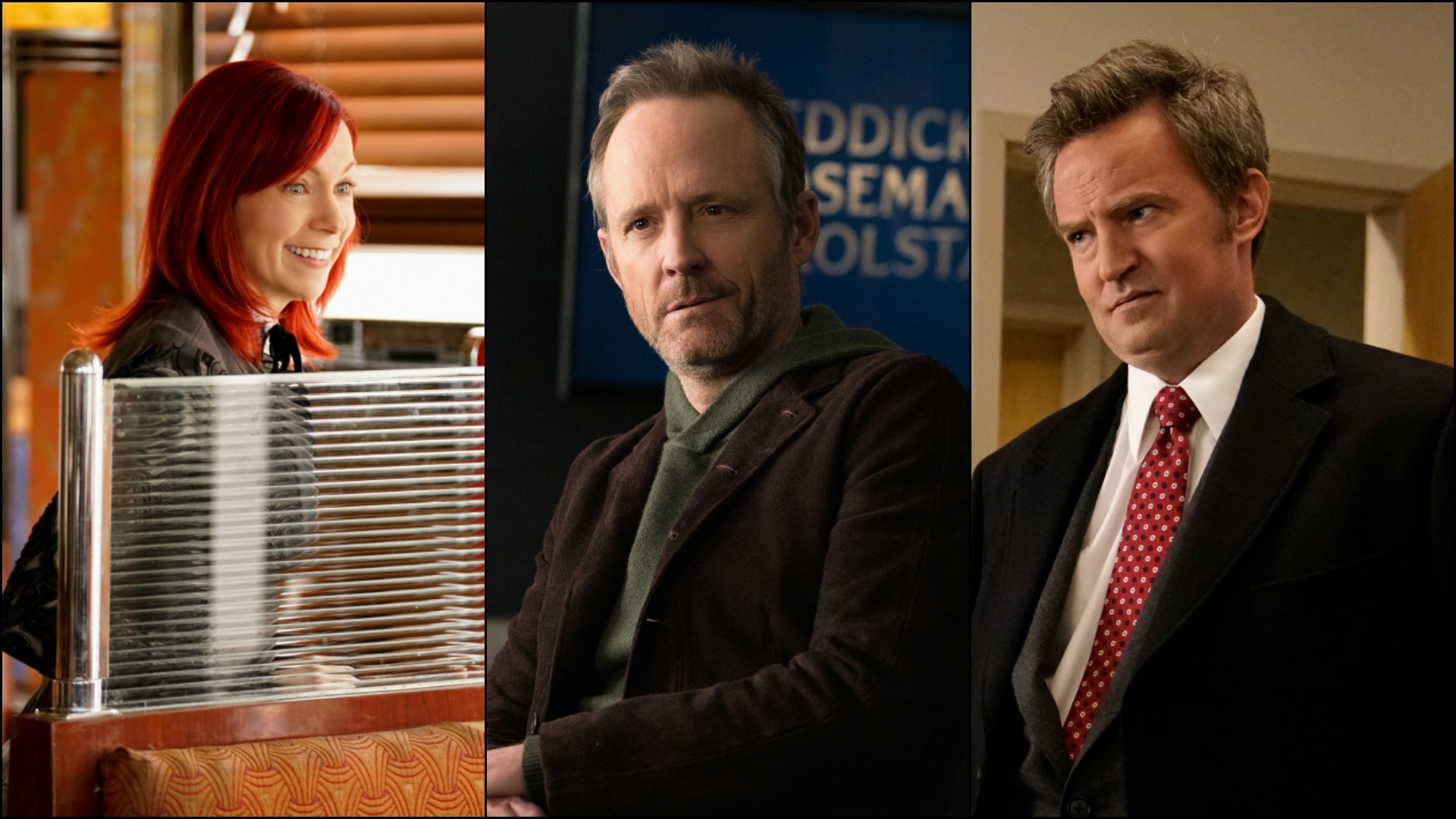 During the first season of The Good Fight, fan-favorites like Elsbeth Tascioni, Mike Kresteva, and the Honorable Charles Abernathy reprised their roles from The Good Wife.

From eccentric lawyers to quirky judges and unforgettable clients, take a look back at how these guest stars factored in to The Good Fight and remember their best episodes from The Good Wife.

Howard Lyman's role on The Good Fight is brief, but it sure is memorable.

In the series' first episode, "Inauguration," Lyman incorrectly assumes that Maia's role at the firm isn't to provide legal expertise, but rather to select and display the lobby's floral arrangements—that have to meet his standards, no less!

Of course, his quirks aren't unexpected. Lyman, who first appeared in The Good Wife Season 2's "Great Firewall," became a presence at the firm purely as a pawn for partner votes but quickly became a hilarious Lockhart/Gardner staple.

While he provides ample humor in all of his episodes, his penchant for napping in his office sans pants–and his awkward emails–make "Outside The Bubble" an excellent episode of The Good Wife. 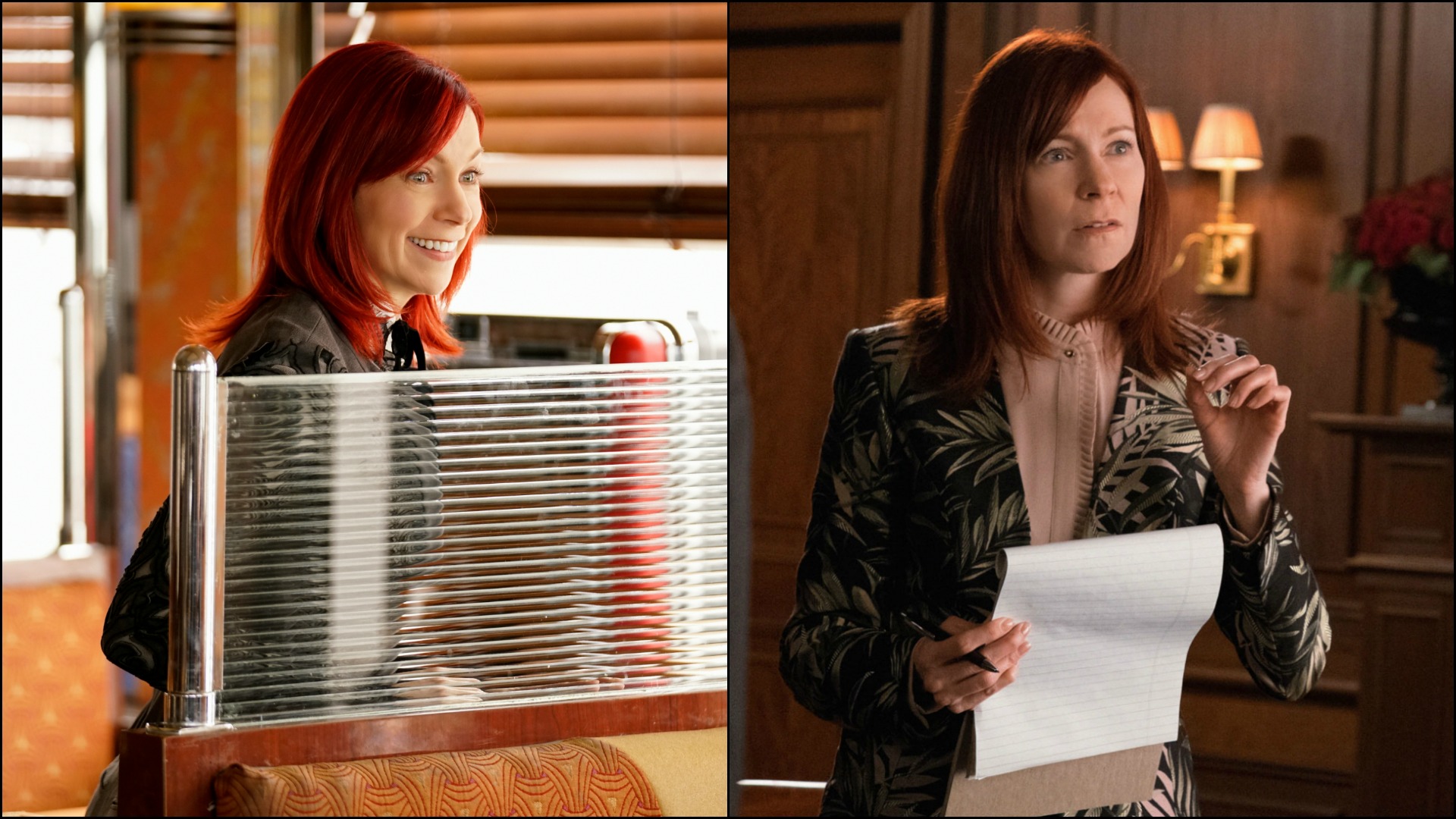 It's not every day you meet a lawyer who conducts her business from inside a dentist's office, but then again, Elsbeth Tascioni is no ordinary lawyer.

In The Good Fight, Elsbeth employs her strange, but effective, tactics as she represents Reddick, Boseman & Kolstad in its case against the cunning Mike Kresteva.

Fans of The Good Wife quickly grew to love the quirky attorney after her first appearance in the Season 1 episode "Hybristophilia," which immediately defines her character. Her approach to law, coupled with her deceptively ditzy behavior, make her into a smiling—yet ruthless—shark. 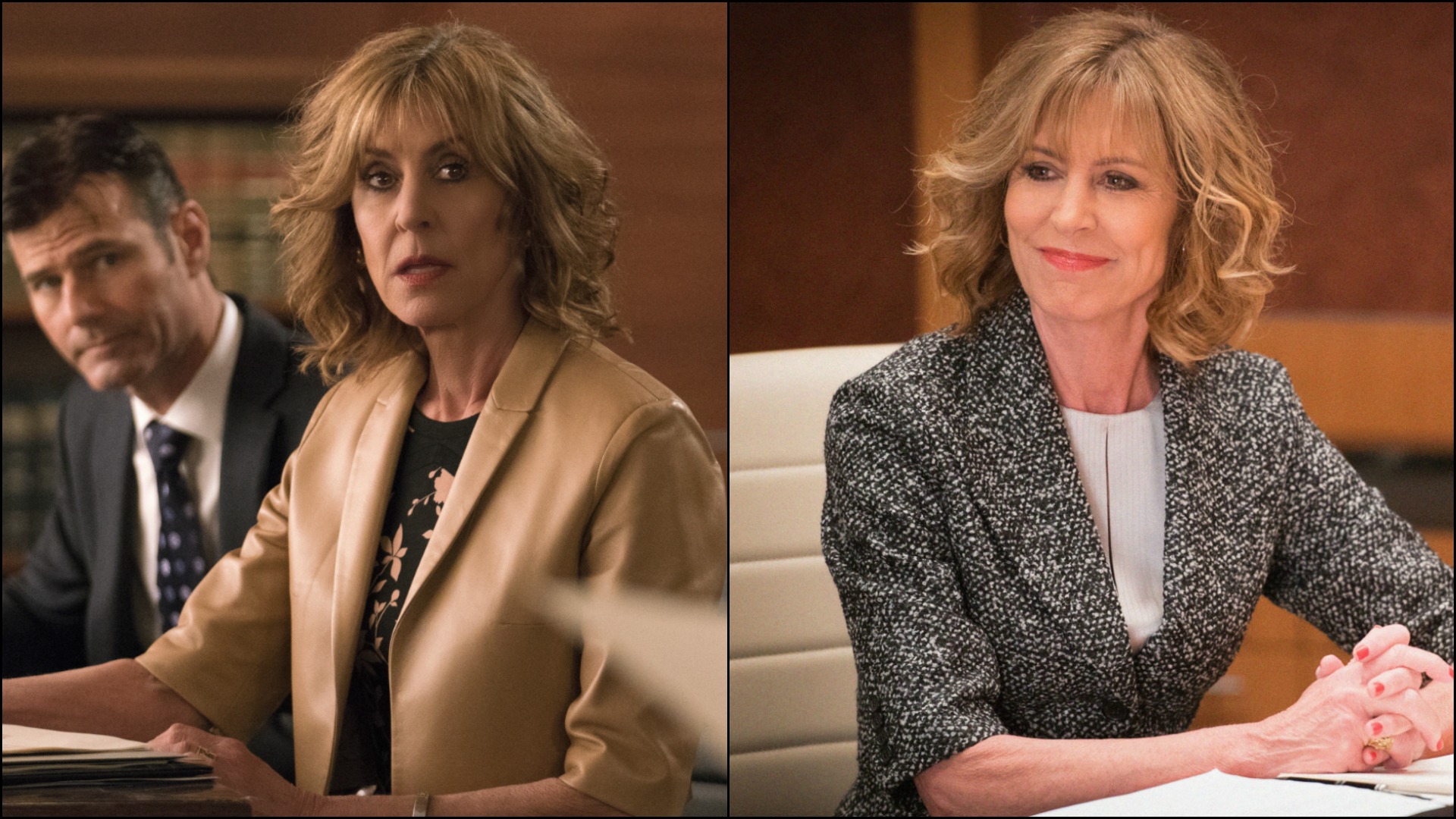 Andrea Stevens, a shrewd attorney who is also a pro at backhanded compliments, faced off against Lucca Quinn twice before their courtroom dance in The Good Fight episode "First Week." 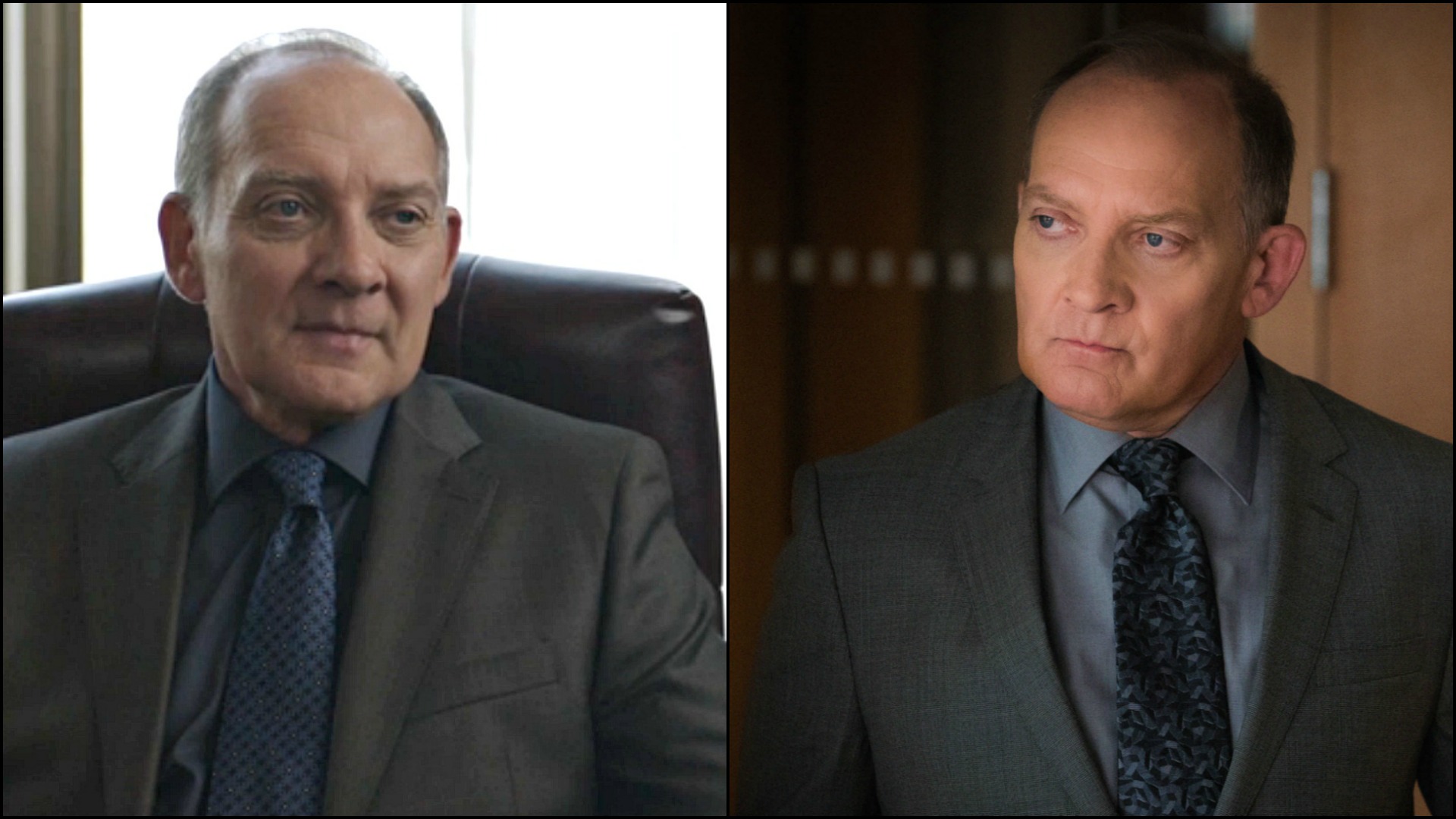 David Lee, Lockhart/Garner's resident family law attorney, adds an extra dimension to both The Good Wife and The Good Fight with his wit, sarcasm, and signature eye-rolling.

In the premiere episode of The Good Fight, David is anything but sympathetic towards Diane when she announces her retirement, only to come back and ask to take back her position.

The snide smile the popcorn-loving lawyer flashes at Diane is a welcome callback to his sometimes snarky demeanor in The Good Wife, which is on full display in "Alienation Of Affection," where his fast and loose style almost costs the firm $42 million.

Notorious for his deep sympathy toward humanitarian causes and his left-leaning political views, Judge Charles Abernathy proved to be a fan-favorite from his very first appearance on The Good Wife.

In The Good Fight, a bespeckled Judge Abernathy tries to keep the peace in the courtroom as Lucca and Andrea go head-to-head over a case which alleges a footwear employ stole $70,000 worth of shoes.

To see Abernathy at his finest, be sure to watch The Good Wife episode "Shoot," which has a tear-jerking twist ending. 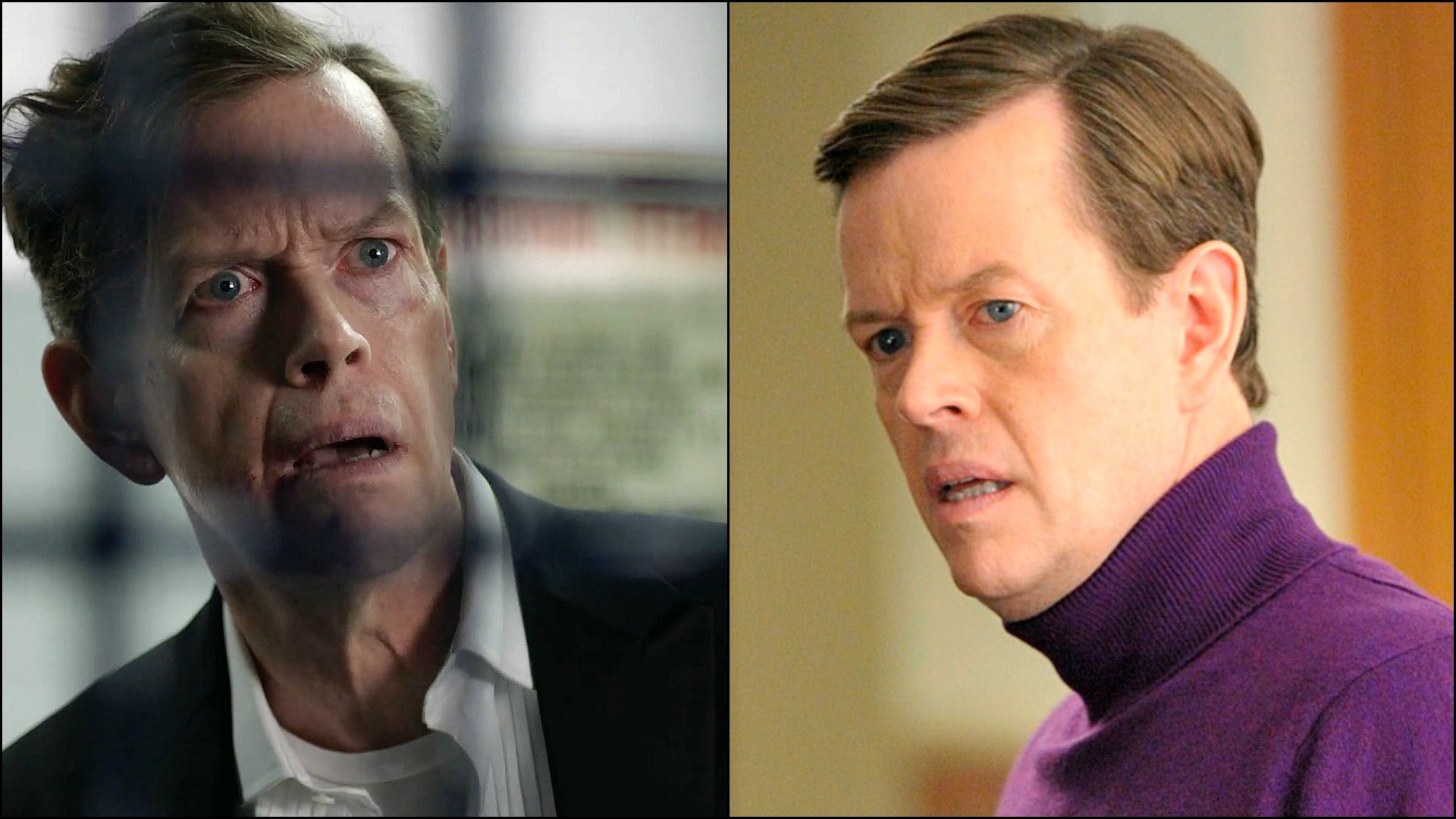 Of all his alleged crimes, including the murders of two of his wives, The Good Wife's "Hybristophilia" is a great example of how outlandish the Machiavellian billionaire can be. 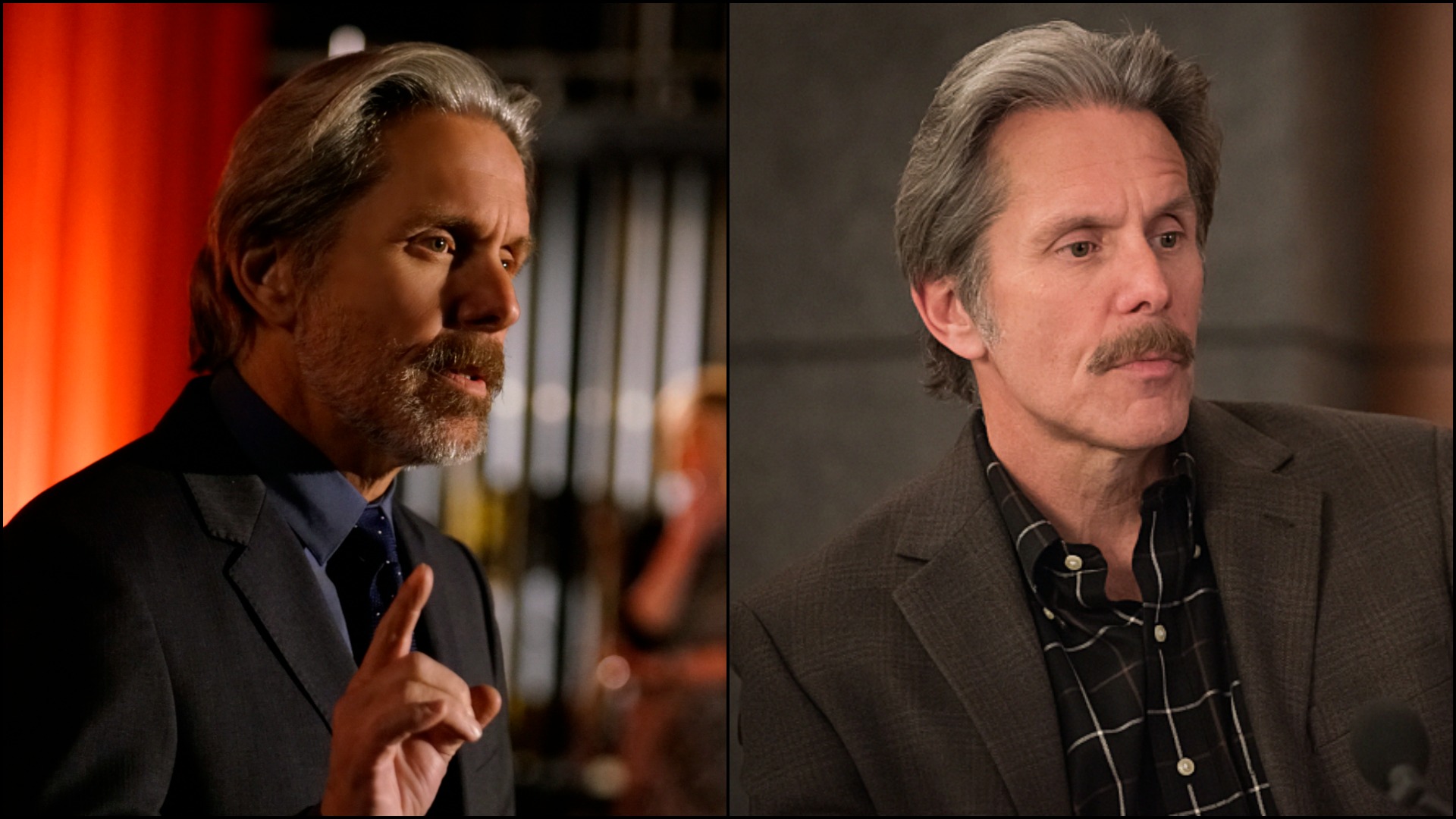 As Diane's on again/off again lover (and husband), Kurt McVeigh has played a key role in both The Good Fight and The Good Wife.

While there are plenty of great Kurt episodes—including when the pair first met and when the two lovebirds got married—they pale in comparison to "End," the final episode of The Good Wife.

True to form, Diane faces humiliation with confidence and grace, but her relationship with "The Marlboro Man" is forever changed—that is until the season finale of The Good Fight where she appears ready to give him another shot after she witnesses him perform a heroic act. 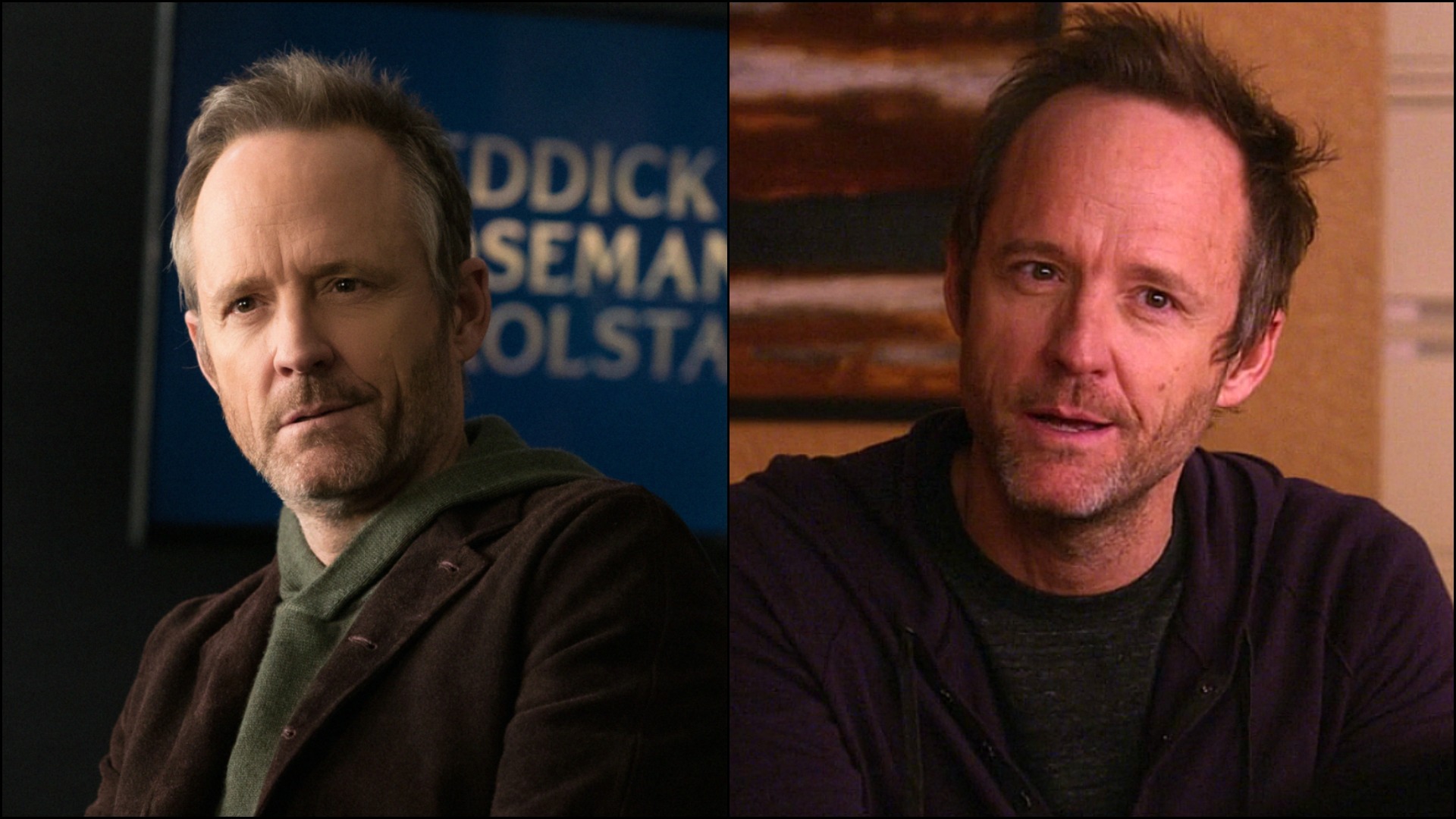 The ChumHum billionaire—best known for his affinity for zip-up hoodies and disdain for the law—makes his most recent appearance on The Good Fight in "Social Media And Its Discontents" where he consults Reddick, Boseman & Kolstad on how to curb hate speech in the comments of his company's website.

While he seems invested in finding a solution, Neil eventually shocks everyone and rescinds his request after commenters start using his name in place of a derogatory term.

This wasn't the first time Neil surprised a team of lawyers, either. In The Good Wife episode "Two Girls, One Code," Neil's character undergoes some pivotal changes that no one saw coming. 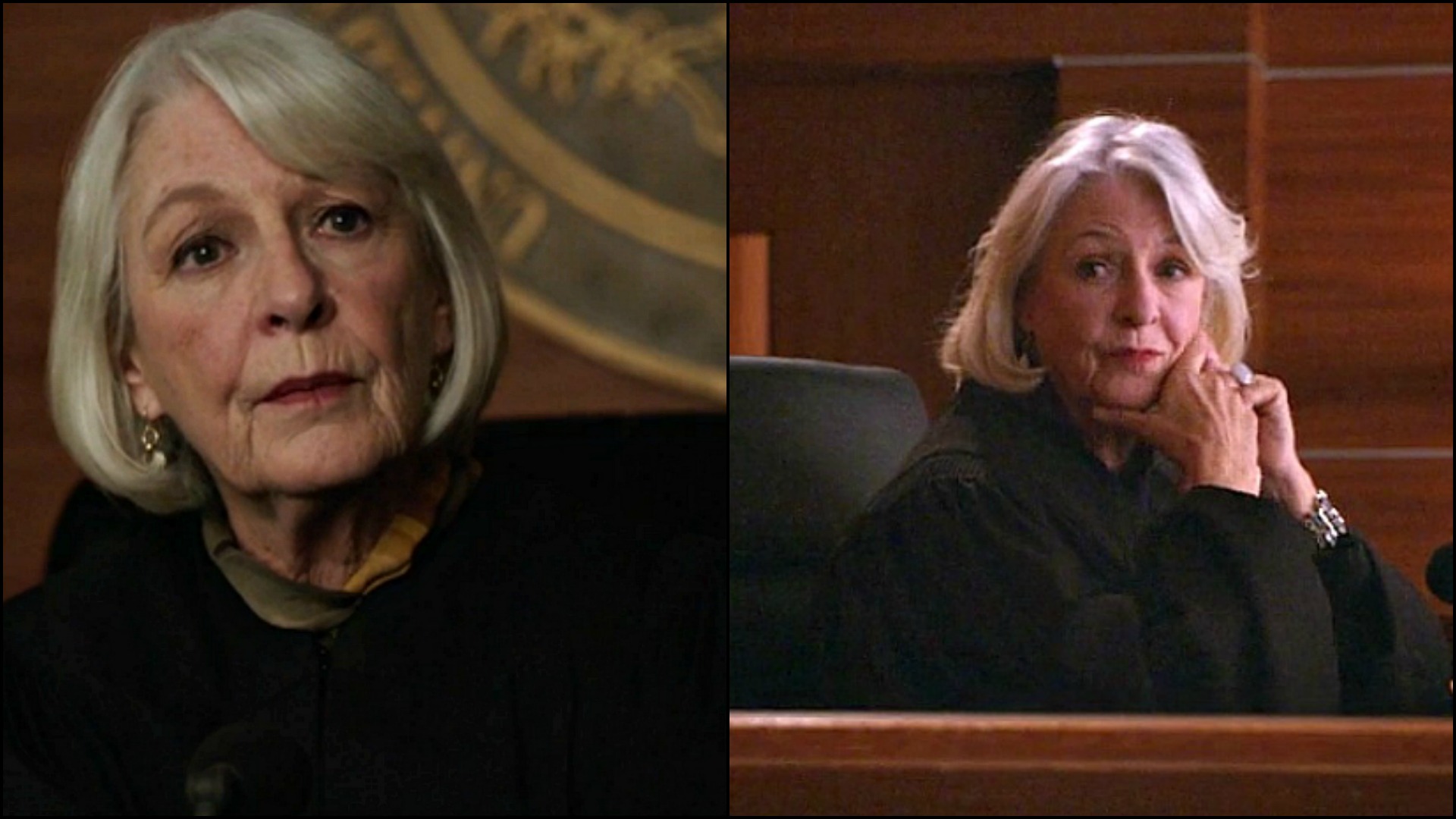 This Judge doesn't play games—and she insists that the attorneys in her courtroom don't either. When Lucca first went up against Colin Morello in court in The Good Fight episode "The Schtup List," Judge Suzanne had to ask for order more than once, much to her displeasure.

One of her best episodes, The Good Wife's "Silly Season," shows Morris in a more playful light as she banters with the charming and exceptionally dangerous Lemond Bishop.

Before becoming the face of the Special Counsel in charge of the Department of Justice Police Accountability in the 21st Century Task Force in The Good Fight, the smarmy Kresteva showed his double dealing ways on a variety of occasions throughout the seven seasons of The Good Wife.

After leveraging Alicia's own testimony in "Blue Ribbon Panel" against her husband and spreading vicious gossip about the Florrick family to move ahead in the Gubernatorial race, watch "Death Of A Client" to see him finally get put in his place. 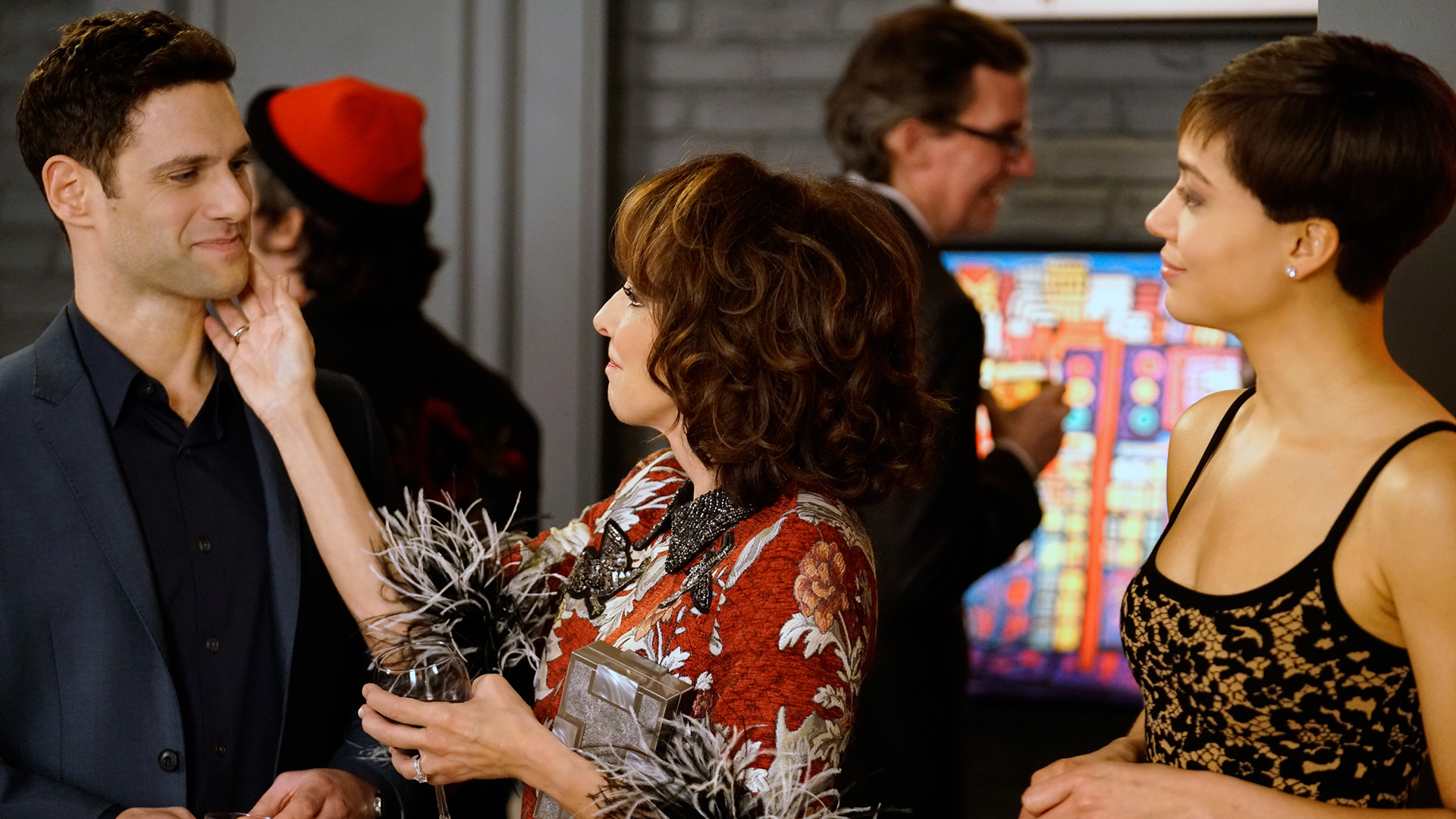 What was intended to be a romantic date at an art gallery turns awkward for Lucca and Colin when Colin's mother, Francesca Lovatelli, interrupts their passionate kiss.

To make things even more uncomfortable, Francesca invites Lucca to Colin's birthday party, where she and her husband insist on making Lucca a part of their discussions about race and politics.

Though she's witty and seemingly friendly, federal investigator Madeline Starkey proves to be nothing but trouble for Maia when she probes into the Rindell family's past on The Good Fight.

Tasked with getting answers about the Rindell Ponzi scheme, Madeline uses tricky interrogation tactics to attempt to catch Maia in a lie. 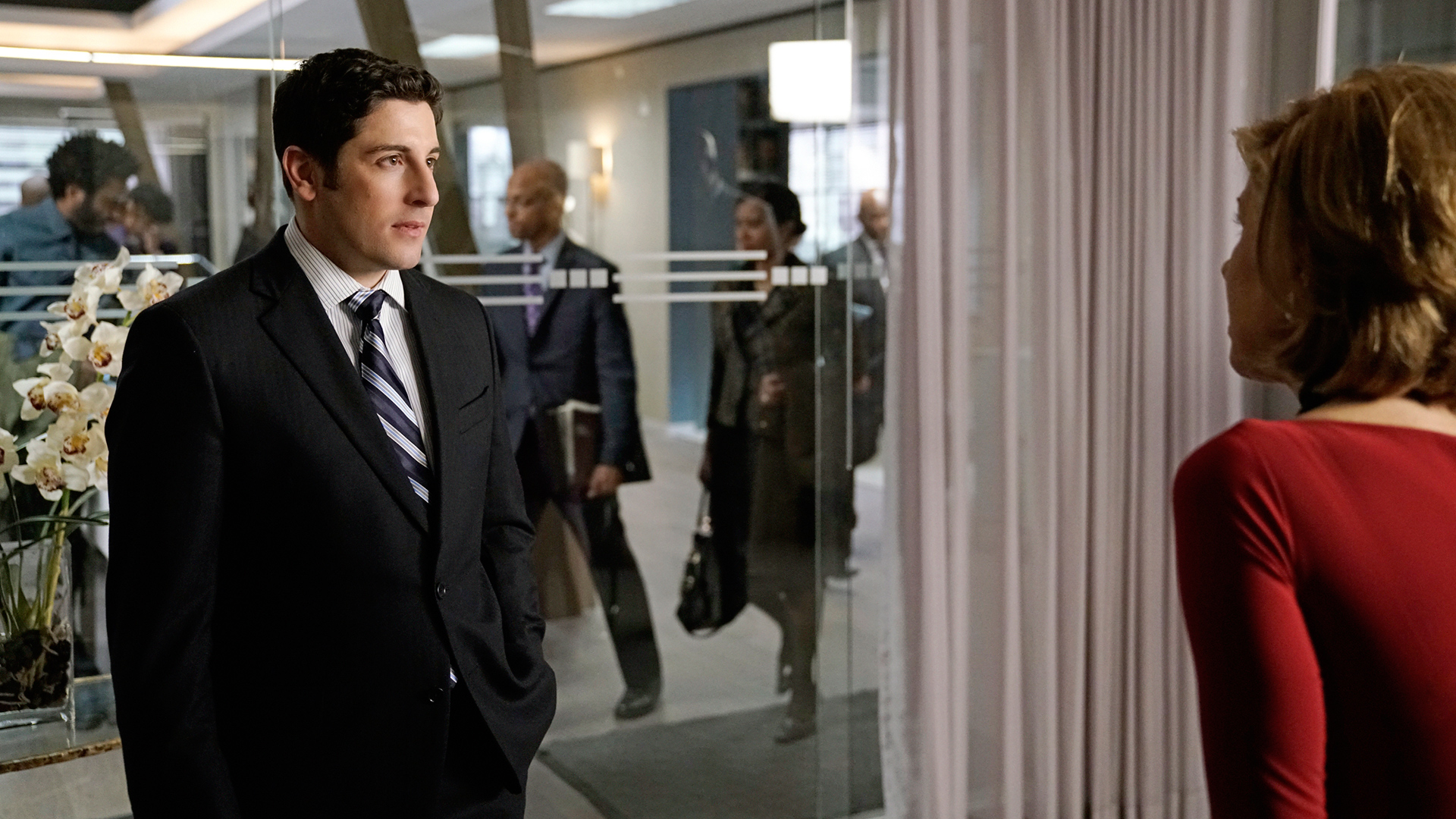 Fans of The Good Wife will remember Dylan as "Mr. Bitcoin" in the episode "Bitcoin For Dummies," and as an Anonymous hacker who helps a victim of sexual assault get justice online in "Rape: A Modern Perspective." 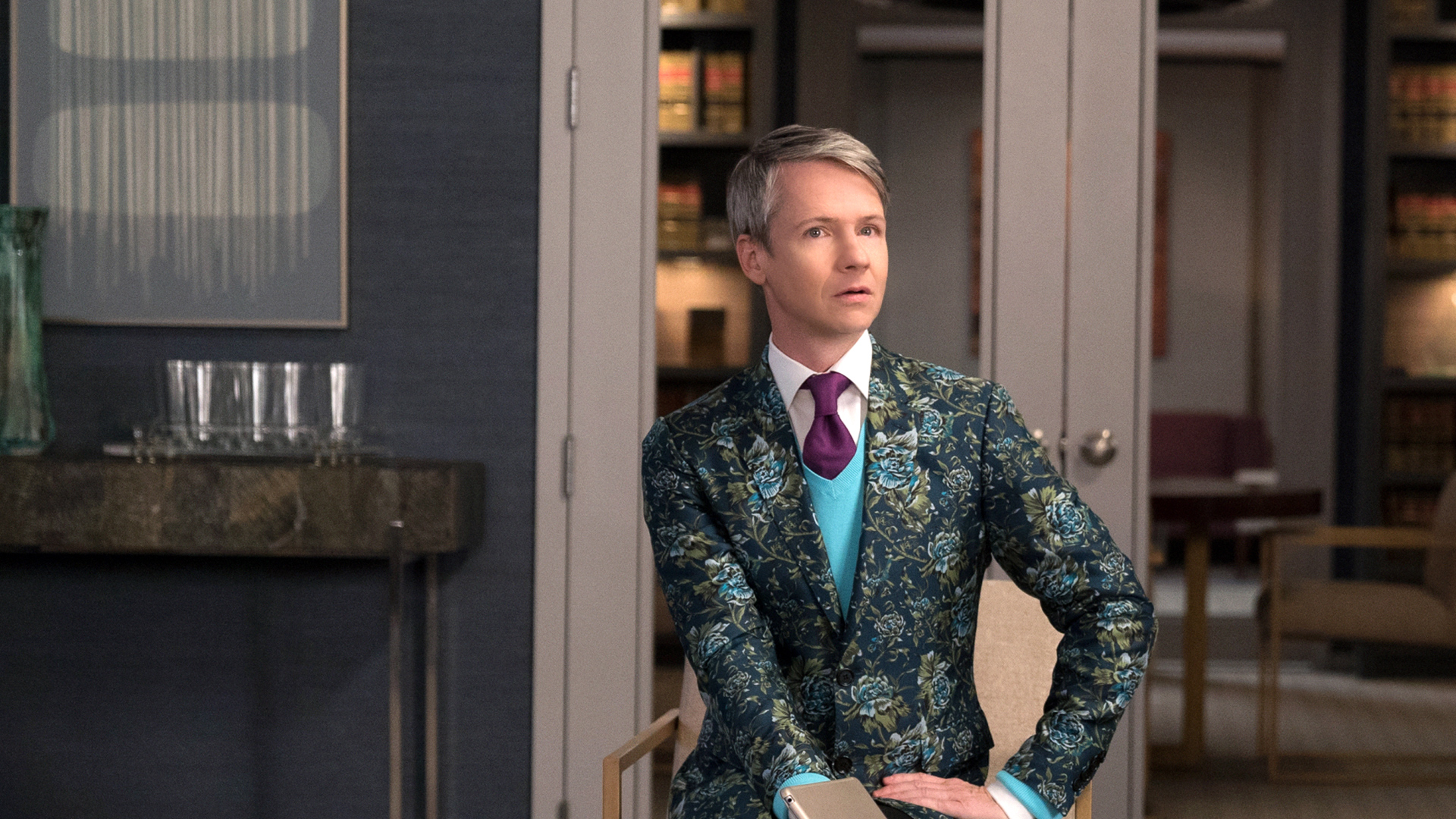 The only thing louder than Felix Staples' fashion sense is his online presence—and he wouldn't have it any other way.

In The Good Fight episode "Social Media And Its Discontents," Felix bursts onto the scene a fervent advocate for free speech and the alt-right. Though, Diane ultimately has the last word in that episode, the outspoken online troll finds his way back into the spotlight in "Chaos," another memorable appearance. 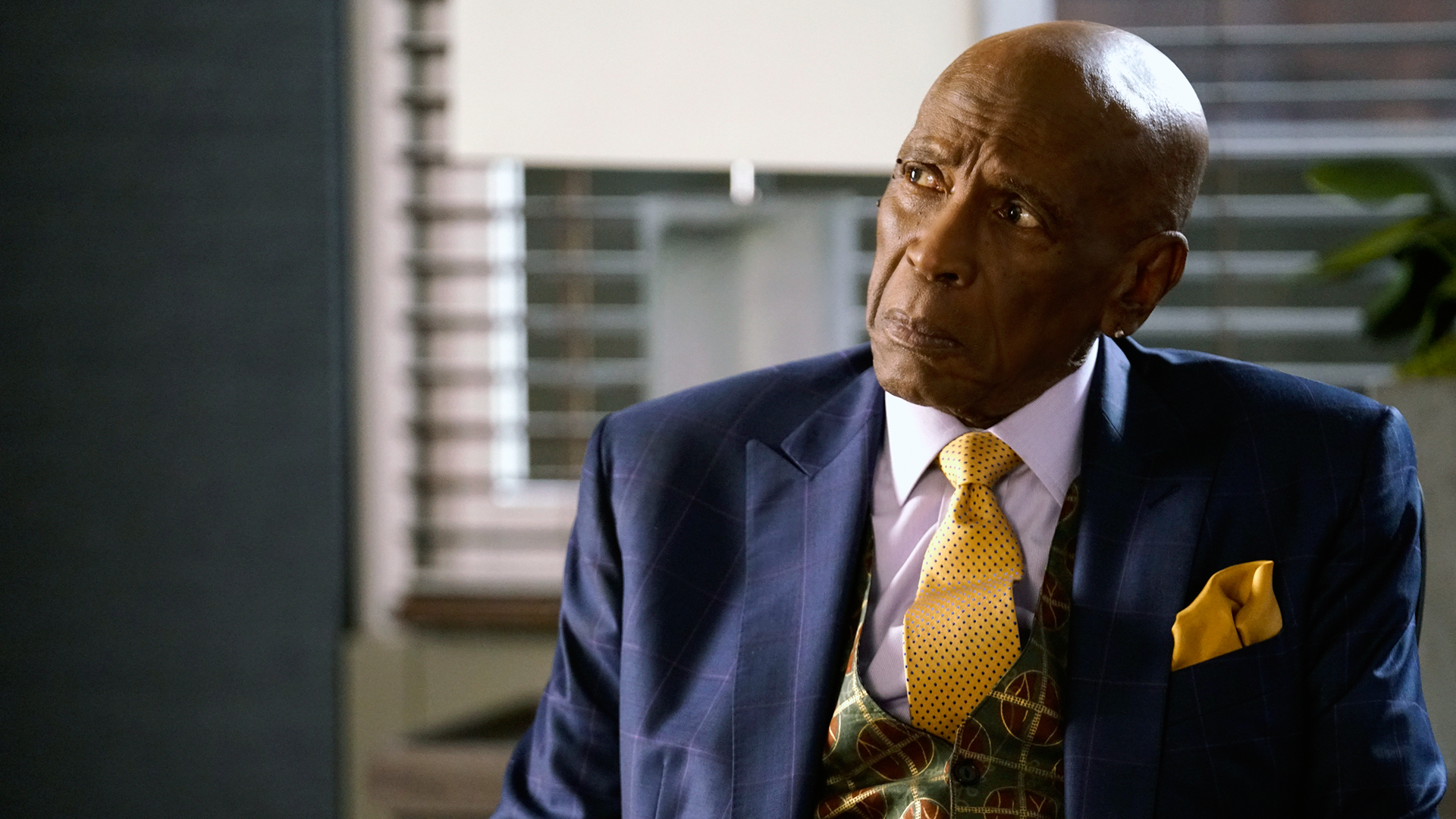 In The Good Fight episode "Reddick v Boseman," fans finally meet Carl Reddick, one of the named partners at Reddick, Boseman & Kolstad, when he comes back to the firm and asks for help in clearing a local pastor's name.

Throughout the episode, Carl clashes with Adrian Boseman over how to carry the firm into the future, while keeping its roots in the past.