Star Trek: Picard Set To Reflect The World Around Us Before Exploring The Surrounding Universe

After nearly two years of zipped lips, the Star Trek: Picard cast and crew were thrilled to spill a few secrets before the series premiere on Jan. 23.

With less than two weeks until the series premiere of Star Trek: Picard on Thursday, Jan. 23, exclusively in the U.S. on CBS All Access, the wait is nearly over for fans of Captain Jean-Luc Picard to reunite with the iconic character from Star Trek: The Next Generation.

On Sunday, Jan. 12 at the 2020 Television Critics Association event in Pasadena, California, the cast and crew of the hotly anticipated series said not to expect Star Trek: Picard to pick up exactly where the original left off because the possibilities are limitless.

"It's important not to repeat TNG. We're in the golden age of streaming, which means we get to make movies on television. What you get from Star Trek: Discovery is not what you’re going to get from Star Trek: Picard," explained Executive Producer Alex Kurtzman. "The first chapter is really Earthbound, which is rare for the world of Star Trek. The look, tone, and feel of the show is different by design."

After working on seven seasons and four movies of Star Trek: The Next Generation, Patrick Stewart said he needed some well-deserved space from Jean-Luc Picard; however, he found it nearly impossible to stray too far from himself. 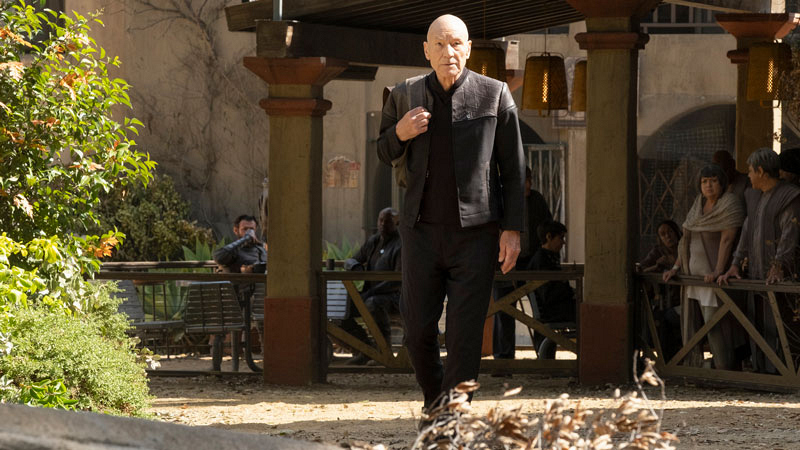 Stewart explained further, saying, "I didn’t want to wear a uniform [in this series] to put distance between The Next Generation and [Star Trek: Picard]. As far as the character is concerned, by the end of [TNG] Season 3, I didn’t know where Jean-Luc started and Patrick Stewart left off—and that never left me. He’s always been there. It’s a relationship I’m happy to continue. That’s an understatement. I’m thrilled to continue."

And fans are thrilled to see the character continue to face challenges both internally and intergalactically—and we can count on adventures for another whole season, as news of Star Trek: Picard being picked up for a second season broke earlier in the day.

The story is just getting started. #StarTrekPicard has been renewed for Season 2 on @CBSAllAccess. pic.twitter.com/1sXtEz6gvD


"We believe Star Trek is a universal communication," said Executive Producer Akiva Goldsman, who was also joined by EPs Michael Chabon and Heather Kadin, as well as Supervising Producer Kirsten Beyer. "We wanted the show to be equally enjoyable to us and for you, if you’ve never seen an episode… Given the gift of Sir Patrick Stewart and this cast, we told a story that could resonate with anyone."

"When I got the job, I had this flashback to my childhood and watching Star Trek with my family,” Hurd said. "I'm bi-racial. My father is a black actor and it was one of those things where it was important for him to see the three of us represented on television … This is all about humanity. We're telling our stories. The stories of people whose voices are not always heard." 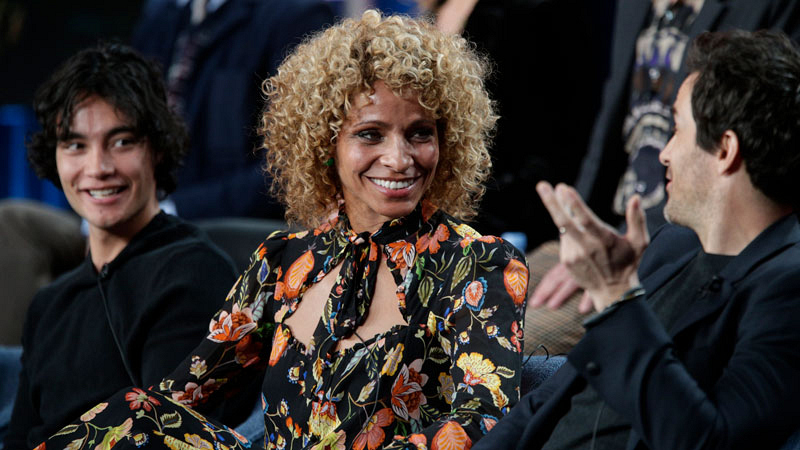 When asked if fans can expect appearances from any more alumni from Star Trek: The Next Generation, Stewart gave an intriguing answer: "The whole Next Generation cast is very, very close. Jonathan [Frakes], Marina [Sirtis], [Jonathan] Del Arco, and Brent [Spiner] do appear in Season 1," said Stewart. "It is my hope that, whenever that point arrives when we are wrapping the series, we will have encountered all the principal actors from the original series."

Time will tell if—or how—that plays out on the small screen; in the meantime, we can confirm the whereabouts of one additional principal actor: each week, Wil Wheaton will be taking fans on a deep dive of the latest episode of Star Trek: Picard on "The Ready Room."

Wil is SO EXCITED for this. If you're a Star Trek fan (and even if you haven't been in the past) you are going to freaking LOVE the Picard series and all of the interviews Wil is going to be doing on The Ready Room after each episode!! https://t.co/MbidF7kHN0

Stay tuned for more information about "The Ready Room!"

In the meantime, as if you could ever forget, don't miss the series premiere of Star Trek: Picard on Thursday, Jan. 23, exclusively in the U.S. on CBS All Access.