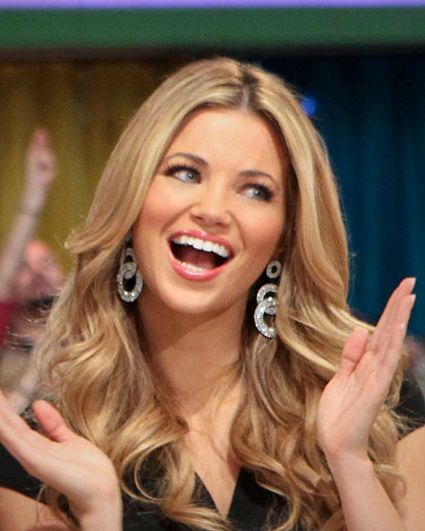 Amber joined THE PRICE IS RIGHT in 2008.  Born in Tacoma, WA, she was crowned Miss Washington Teen USA, and went on to join the Sea Gals, the Seattle Seahawks famed cheerleading squad.  Following five years on the squad, she moved to Los Angeles to pursue her entertainment career.

In addition to her role on TPIR, Amber co-starred as Jenny Swanson on MTV's The Hard Times of RJ Berger.  She has appeared on episodes of Days of Our Lives,  CSI: Miami, The Bold and the Beautiful, Community and Entourage.  In addition, she has appeared as herself on Attack of the Show!, The Scream Awards and The Best Damn Sports Show Period.   She also appeared in the feature film Redline.

Amber has been featured in numerous national magazine spreads and fashion features in Maxim, US Weekly, People Stylewatch, Life & Style and Star.  She has also been featured as part of Maxim's annual "Hot 100" list.

Amber's birthday is September 19, and she resides in Los Angeles.