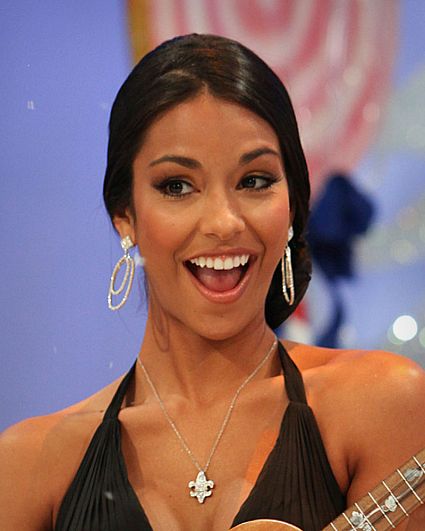 Manuela joined THE PRICE IS RIGHT in 2009. Born in Medellín, Colombia, she moved to the United States in 2006. She was a finalist in The Price Is Right Model Search of 2008, which is when she gained the attention of the show’s producers. Eventually, she was added into the rotation of regular models.

In addition to her role on TPIR, Manuela has appeared on television’s The Bold and the Beautiful and in the motion picture Jack and Jill. She is featured in Diddy/Dirty Money’s music video for “Loving You No More,” and can also be seen in Robin Thicke’s music video “It’s in the Mornin’.” Earlier this year, she was a Trophy Model at the 54th Grammy Awards and was named the number one Hottest Game Show Eye Candy by Complex Magazine.

Manuela’s birthday is September 9 and she resides in Los Angeles.