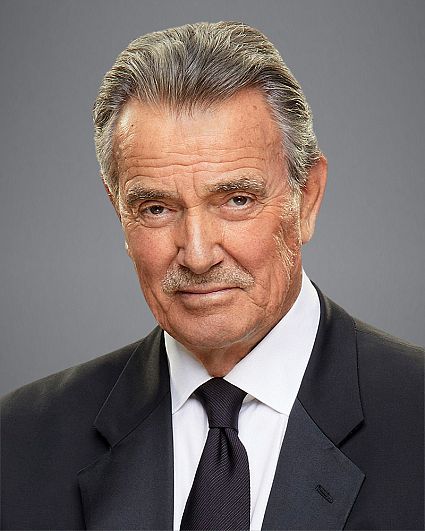 Braeden received Daytime Emmy nominations for “Outstanding Lead Actor in a Drama Series” in 1990, 1997, 1999, 2000 and 2004; he won the coveted award in 1998. He also won the Soap Opera Update Award in 1997 for “Lead Actor in a Daytime Drama Series” and was honored as “Most Popular Daytime Actor” at the People's Choice Awards in 1998. Braeden was nominated for a Soap Opera Award in the category of “Best Lead Actor” in 1999.

On July 20, 2007, Braeden received a star on the Hollywood Walk of Fame, making him the first German-born actor to receive a star since Marlene Dietrich in 1960.

Braeden has appeared in more than 120 television series, including “How I Met Your Mother,” on the Network, and television movies including “The Judge and Mrs. Wyler” with Bette Davis, “Happily Ever After” with Suzanne Somers and Tyne Daly, and the Jackie Collins mini-series “Lucky.”

He has appeared in the feature films “Operation Eichmann,” “The Ultimate Chase,” “Escape from the Planet of the Apes” and “Morituri” with Marlon Brando. He also co-starred as John Jacob Astor in James Cameron's feature film “Titanic,” and executive produced and starred in “The Man Who Came Back,” a western set in the 1870s against one of the worst labor strikes in American History.

Braeden's theater credits include “Kean,” which marked the premiere production of the Santa Monica Playhouse, and the Broadway production of “The Great Indoors” with Geraldine Page and Curt Jurgens.

Braeden was born Hans Gudegast in Kiel, Germany, a port city near the Baltic Sea. He immigrated to the United States in 1959. Braeden lived in Texas for several years and worked in the University of Texas medical school lab before moving to Los Angeles, where he attended Santa Monica College. He joined a local semi-professional soccer team while launching his acting career.

In 1989, Braeden was chosen as the only actor to be on the newly formed German American Advisory Board. The illustrious group includes Dr. Henry Kissinger, Katherine Graham, Alexander Haig, Steffi Graf and Paul Volcher.

Braeden maintains an active athletic regimen. He continues to play soccer with several teams, including the Maccabees, with whom he won the 1972-1973 National Soccer Championship. He and his wife Dale live in Los Angeles. The couple has a son, Christian.

His birthday is April 3.