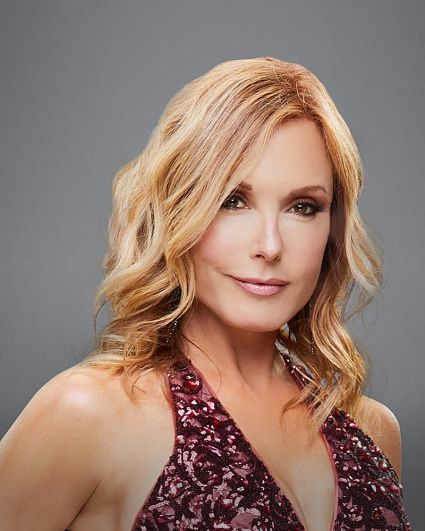 Emmy-Award winning actress Tracey Bregman joined the cast of The Young and the Restless in January 1983 as Lauren Fenmore. From September 1995-1999, Tracey starred as Lauren Fenmore on The Bold and the Beautiful before returning to Y&R in September of 2001.

In 1985, Tracey received her first Emmy award for her work on Y&R, as Outstanding Younger Actress in a Daytime Drama Series, and was nominated again for the award in 1987. In both 2006 and 2008 Tracey was nominated for an Emmy in the category of Outstanding Supporting Actress in a Daytime Drama Series for her role on The Young and the Restless. In 2016, she received her first nomination in the Outstanding Lead Actress category.

Born in Munich, Germany, Tracey was raised in London, England until the age of 10. Her family settled in southern California when she was 11, and Tracey began studying acting with Francis Lederer, A.N.T.A., and at the Lee Strasberg Theatre while continuing her regular college preparatory education at the Harvard-Westlake School. Tracey has studied over the last years with Ivana Chubbuck, the late Gene Bua, and Toni Bull Bua.

Tracey's first break came when she landed a three-day role on the daytime drama series Days of Our Lives. It turned in a two-and-a-half-year stint with Tracey starring as one of the lead characters. Throughout her career, Tracey received numerous awards including two for Best Actress in Daytime TV (Youth in Film Awards), Most Popular Newcomer (Daytime TV Magazine), Most Exciting New Actress in Daytime TV and Favorite New Actress, (Canadian People Poll), Best Actress (Soap Opera Digest).

Tracey's television credits include lead roles in the ABC after school specials The Girl with E.S.P. and Three On A Date. She had guest starring roles in the movies of the week Fair Weather Friend and Lifetime's Sex and Mrs. X. She also guest starred in the primetime television series The Fall Guy, The Love Boat, Gavilan, and Fame and was a series regular on the NBC show Second Family Tree.

Her feature film credits include lead roles in Misogynist, Happy Birthday to Me, The Funny Farm, The Concrete Jungle, and Blue Devil, Blue Devil.

Tracey is also a lyricist. She wrote the lyrics for the themes for both The Funny Farm and The Concrete Jungle. She also appeared with the Muppets in a music video for MTV along with her son Austin called "She Drives Me Crazy." Tracey has co-written a musical for Broadway with Toni Bull Bua and Gene Bua called, When I Dream: The Story of a Boy Who Lost His Once-Upon-a-Time.

Tracey has been passionately involved in branding and has been the spokesperson for a vegan make-up brush line Advanced Beauty Tools, and was the face and spokesperson of Jabot Cosmetics for Sony Pictures/CBS-TV/Fushion Brands all on HSN. Tracey has also been designer and spokesperson for the Tracey Bregman Collection of jewelry on The Shopping Channel in Canada and she is launching the Pilates pro chair this August.

Tracey has been a vegetarian since she was eight and is very health conscious. She works out regularly, hikes, does Pilates, and was a hunter/jumper as a child. She has two horses and does dressage.

Tracey has two sons, Austin and Landon, and resides in Los Angeles.