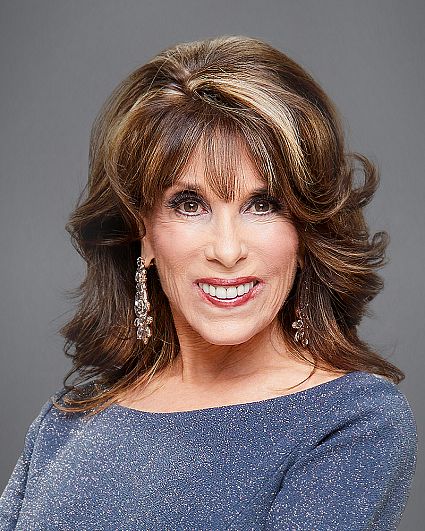 On April 10, 2008, Linder was honored with a Star on the Hollywood Walk of Fame. Mayor Antonio Villaraigosa, Lee Phillip Bell, and Jeanne Cooper spoke at her well-attended ceremony.

A native of Pasadena, Calif., Linder attended San Francisco State University and graduated with a B.A. in theater arts. Linder has appeared in numerous theatrical productions in Los Angeles and the Bay Area.

She was named celebrity spokesperson for The ALS Association in 2005 and works closely with the Golden West Chapter in California to raise funds and awareness and to find a cure following her late brother-in-law’s ALS diagnosis. Linder is also active with the Los Angeles Mission and many other charities. Linder visited troops on USO tours to Afghanistan, Pakistan, South Korea and Guantanamo Bay in addition to military bases in the United States. For the past 21 years, Linder has hosted Kate Linder & Friends fundraising charity teas in Vancouver and in 2012, added Toronto and Calgary OpportuniTEAS for March of Dimes Canada’s Conductive Education, where Linder serves as the program’s celebrity spokesperson.

In 2005, Linder was elected to the prestigious Board of Governors for the Academy of Television Arts and Sciences, as a Governor, she represents the Daytime Programming peer group, she was reelected in 2007. She’s also served on the board of SAG-AFTRA many times.

In addition to her role on the daytime drama, Linder also works as a United Airlines flight attendant, flying mostly on weekends. She was also the first daytime celebrity to compete in the Toyota Grand Prix of Long Beach’s Pro/Celebrity Race.

Her birthday is November 2.