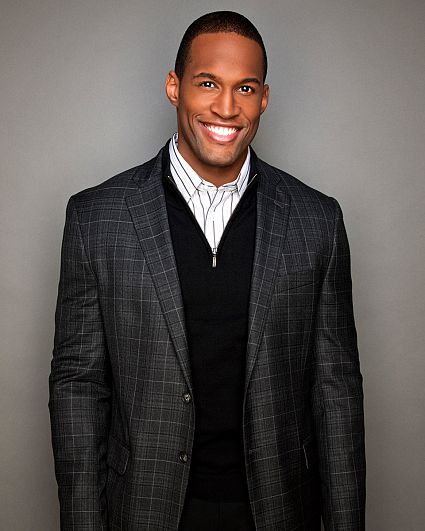 Saint-Victor’s other television credits include the voice of “Mad Dog” in the Netflix Anime hit, Scissor 7, All About the Washingtons, and Zoe Ever After, Guiding Light, and guest-star roles on For Better or Worse, Ugly Betty, Law & Order: SVU, and The History Channel’s Honor Deferred.

In 2019 Saint-Victor partnered with his former co-star, Karla Mosley, to write and produce the digital series Wed-Locked, a project they conceived in 2009. This was on the heels of a successful partnership with Mosely and The Bold and the Beautiful’s executive producer and head writer, Bradley P. Bell, co-creating and co-writing the show’s first web series, Room 8, that coincided with the show’s broadcast storyline.

Saint-Victor received an NAACP Image Award nomination for Outstanding Actor in a DaytimeDrama Series for his work on The Bold and the Beautiful in 2014.

A native of Spring Valley, NY, Saint-Victor graduated with a B.F.A. from the Conservatory Theater Arts & Film at SUNY Purchase College.  He resides in Los Angeles with his wife, Shay, and their son Christian.