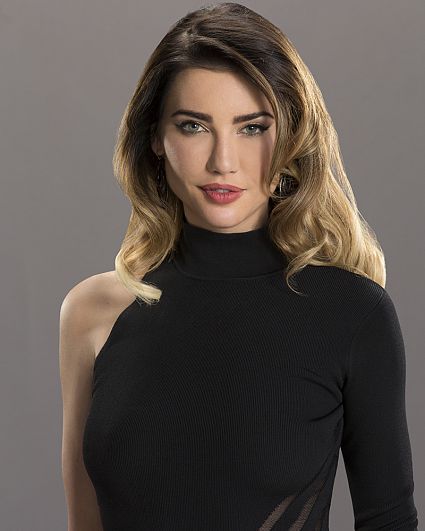 Emmy® award-winning actress Jacqueline MacInnes Wood plays the sexy fashion executive and heiress with a heart-of-gold, “Steffy Forrester,” on The Bold and the Beautiful.

Born and raised in Windsor, Ontario, Canada, MacInnes Wood moved to Toronto at age 18 to pursue her dream of becoming an actress. Her first job was in the successful First Choice Hair Cutter’s national commercial, in which she played “The Hair Girl.” Soon after, she landed the job of host on the global series, Gamer Girlz. MacInnes Wood then enrolled in acting classes at Ryerson University, Centre for the Arts and the Armstrong Acting Studio.

Guest–starring in numerous television productions, MacInnes Wood’s credits include Arrow, Anger Management, and Castle. In 2013, she hosted a travel series, Party On for E!, that took her to amazing locations around the world. MacInnes Wood’s film credits include Final Destination 5 and the made-for-TV movies Nightmare at the End of the Hall, Skyrunners, Turn the Beat Around, and Her Husband’s Betrayal. She also appeared in Hulu’s web-series, South Beach.

Jacqueline lives in Los Angeles with her husband, agent Elan Ruspoli, and their sons, Rise and Lenix. She celebrates her birthday on April 17th.

The Bold and the Beautiful is the most-watched U.S. produced daytime drama series in the world. The show debuted on March 23, 1987 and is currently in its 35th season. The Bold and the Beautiful airs on the CBS Television Network (1:30 PM / ET and 12:30 PM / PT and is produced by Bell-Phillip Television Productions, Inc. Bradley Bell is the executive producer and head writer.