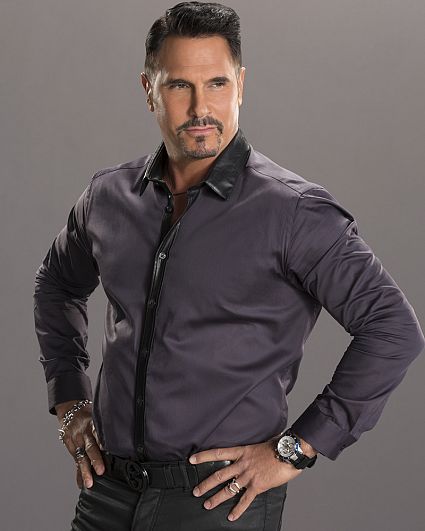 Don Diamont stars as Bill Spencer, often referred to as "Dollar Bill," the dashing, ruthless and "win at all costs" patriarch of the Spencer Media Empire on The Bold and the Beautiful.

Diamont made history by being the first actor from a daytime drama series to be named in People Magazine's "50 Most Beautiful" issue. More recently, he was listed in the 2009 "Sexiest Man Alive" issue. He is the only daytime drama performer to receive both accolades.

Prior to starring on The Bold and the Beautiful, Diamont portrayed Brad Carlton on The Young and the Restless and Carlo Forenza on Days of Our Lives. His additional credits include the films Anger Management and Marco Polo as well as the television programs Baywatch, Diagnosis Murder, and The Fall Guy.

Diamont has seven sons, which prompted him to write an autobiography about his family, his early years, how he became an actor, and most importantly meeting the love of his life, Cindy, and how he is raising, and has raised, his boys. The book My Seven Sons and How We Raised Each Other was released in 2018 by Hachette Publications.

A New York native, Diamont currently lives in Los Angeles with his wife, Cindy Ambuehl Diamont, and their children. Diamont celebrates his birthday on December 31.