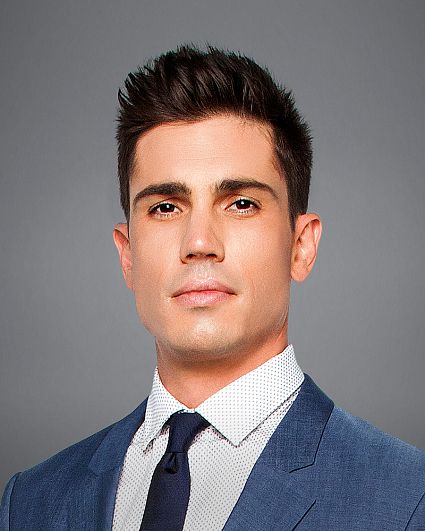 Novlan was born and raised on his family’s 3,500-acre wheat and canola farm in the small town of Paradise Hill, Saskatchewan, Canada. At 18 years old, he followed his dream to become an actor and moved to Los Angeles. While taking acting classes and going on auditions, Novlan modeled in print campaigns for the brands Guess and Tommy Hilfiger.

His television credits include “Roswell: New Mexico,” “Modern Family,” “Letterkenny,” “Rizzoli and Isles,” “Bones” and “Parenthood.” Novlan has appeared in the films “Flatbush Luck,” “Fallen Stars,” and “Ice: The Movie.” He is perhaps most famous for his role as “Bad Actor” in the very funny Liberty Mutual commercial.

Once or twice a week, Novlan plays hockey with a Los Angeles group informally called “Bad Boys Skate,” a collection of hockey enthusiasts.

By coincidence, Novlan’s wife, actress Caitlyn Ewell, was once a contract actress on THE BOLD AND THE BEAUTIFUL. Married since 2015, they share a daughter, Poppy Marie.