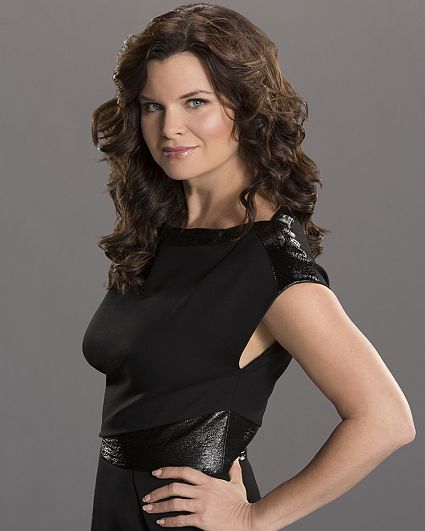 In 2012, five-time Emmy Award winner Heather Tom set a record as the only actor in television history to win an Emmy Award in all three Performer categories: Younger, Supporting and Lead Actress, according to the National Academy of Television Arts and Sciences. She holds the record for being the most Emmy Award-nominated actress under the age of 40. In 2013, Heather reached another career milestone with Variety Magazine’s announcement of the “Daytime TV Impact Honorees” listing the innovators from daytime TV. From the impressive list of 30 nominees representing all genres including network executives, producers and news anchors, Heather was the only actor listed.

Prior to joining THE BOLD AND THE BEAUTIFUL, Heather spent 13 years starring as the tempestuous Victoria Newman on the Network’s THE YOUNG AND THE RESTLESS, and three years starring as Kelly Cramer Buchanan on “One Life to Live.”

In 2000, Heather and her brother, David, made Hollywood history as the first brother and sister to be simultaneously nominated for Emmy Awards in the same year. In March 2004, David Tom joined the cast of “One Life to Live” playing brother Paul Cramer to Heather’s Kelly Cramer Buchanan, making them daytime’s only siblings both on and off screen.

Since 1996, Heather has starred in the long-running off-Broadway smash hit comedy “Vanities,” performing throughout the USA and Canada to rave reviews and sold-out houses. Currently, she performs with co-stars Sonia Satra and her sister, Nicholle Tom, whenever her shooting schedule allows.

In 2004, Heather made her Broadway debut in the Mark Medoff (“Children of a Lesser God”) play, “Prymate,” playing Allison, a role for which she became fluent in sign language. In the Los Angeles production she received a Robbie Theatre LA Award Nomination for “Best Actress.” Other New York theatre credits include: “Happy Hour,” “Electra” with Marissa Tomei, Kathleen Chalfont, David Strathairn and Laila Robins, “Moonchild” and “Hecuba.” Regional and west coast credits include “The Heiress,” with Richard Chamberlain and Julia Duffy at Pasadena Playhouse, Marilyn Monroe” in “The Secret Letters of Jackie and Marilyn,” Betsy in “Lemonade” co-starring with Maxwell Caulfield, Laura in “The Glass Menagerie,” with Barbara Babcock, “The Class of 1990,” “A Midsummer’s Night Dream,” “Out of Gas On Lovers Leap” with Chad Allen, “Women and Wallace,” Juliet in “Romeo and Juliet” and “The Greatest Christmas.”

In 1996, Heather began producing theatre with Chad Allen of “Dr. Quinn Medicine Woman.” They successfully produced a revival of Neil Simon’s “Biloxi Blues,” with Heather appearing in the role of Daisy, alternating the role with her sister, Nicholle. The revival won five Dramalogue Awards; an accomplishment for a first time producer. In the summer of 2003, she produced “Talking With” starring 11 women from daytime television, with all proceeds benefiting Planned Parenthood.

Heather was born in Hinsdale, Ill. and began acting in commercials at the age of 2. When she was 10, she moved with her family to Seattle, and started dancing with the Seattle Pacific Ballet. Heather took acting classes at the Young Actor’s Space paying for each weekly session with the money she earned working at a cookie store. Even at a young age, acting gave her a euphoric feeling. “The feeling of losing the audience for a moment and truly becoming connected with the scene and the character is absolutely incredible,” explains Heather.

Heather’s additional television credits include recurring roles on “Ugly Betty,” David E. Kelley’s “The Wedding Bells” and “All My Children.” She has guest-starred on “Criminal Minds,” “The Mentalist” and “Diagnosis Murder,” on the Network, “Monk,” “Law & Order: Special Victims Unit,” “Who’s the Boss,” “Kids Incorporated” and “Rizzoli & Isles.” Her television movies include, “Imaginary Friend,” “The Rival,” CBS’s “Deadly Whispers” and “She’ll Take Romance.”

In the summer of 2013, Heather starred in her own reality TV miniseries for the HGTV Network called “Renovation Unscripted.” She and her husband, James Achor, formed a company called Tight Rope Designs and have redecorated several homes in the Los Angeles area. Their work has also been featured in InStyle and Elle Decor magazines.

Recognizing how fortunate she is to be a working actress, Heather is devoted to helping others. In 2003, she created Daytime for Planned Parenthood, a committee which promotes a woman’s right to choose as well as access to the latest in medical care. Her role as committee chairperson has given her the opportunity to lobby Congress on behalf of Planned Parenthood three years in a row.

Heather has a passion for politics and is very active. In 2008, she worked on both Hillary Clinton’s and Barack Obama’s campaigns. In 2004, she was a featured speaker at the Democratic National Convention kick-off event sponsored by Planned Parenthood and the Feminist Majority. Heather has also worked with SheVotes.org and “Rock the Vote” to get younger voters out to the polls on Election Day.

She has frequently appeared on political discussion shows, such as “Politically Incorrect with Bill Maher” and “Scarborough Country,” where she had a chance to interview Ben Affleck and Jennifer Lopez prior to the release of their infamous movie, “Gigli.” During the acclaimed run of “Politically Incorrect,” Heather appeared a record five times, sparring with such heavyweights as Lou Sheldon and Jerry Falwell.

In her spare time, Heather has competed in triathlons across the country and spends hours reading plays, scripts and classical literature. She’s an avid art collector and has amassed an impressive collection of sculpture, paintings and prints. She resides in Los Angeles with her musician husband, James. In 2012, their best production ever was the birth of their son, Zane.